The Armenians’ history goes back for 3000 years. Do you imagine how many given names are differentiated and created during that length of time? Some of these names are borrowed from other cultures and converted, others are invented and listed as national Armenian names.

Since ancient times Armenians have a unique approach to the creation of names. There are many popular bible names that have their Armenian versions. As the first Christian country, Armenia couldn’t stay indifferent to the biblical names.

Some biblical names that are used as Armenian given names are Adam, Yeva (for Eva), Hakob (for Jacob), Mariam, Abraham, and many more names. People are even named after different Gods including Areg, Aramazd, Nane, Anna, Mher (for Mihr), Anahit, Astghik (means “a little star”), etc.

Currently, some of the ancient Armenian names are out of use and considered to be oldish. However, new versions of these words are created by people to satisfy their own expectations.

Armenian boys are considered to be brave, powerful, and courageous. Maybe this is the reason why the Armenian parents name their sons with those Armenian boy's names that inspire fearlessness and spirit. Some people call their sons after brave Armenian kings and other heroes. Let’s check out several Armenian boy names to imagine the Armenian culture of names more clearly.

Andranik - The name “Andranik” is a national Armenian name which is translated as “The First”. In the Armenian history, there was a brave Andranik. He was a leader of the Armenian military forces, and currently, his statue is located in Yerevan, near the Saint Gregory The Enlightener Cathedral. One of the Yerevan metro stations is called Zoravar Andranik after him.

Generally, people give this name to their first child, and especially if he is expected for a long time. Another name for the first son child is “Avag”. It’s also defined as “The First”. 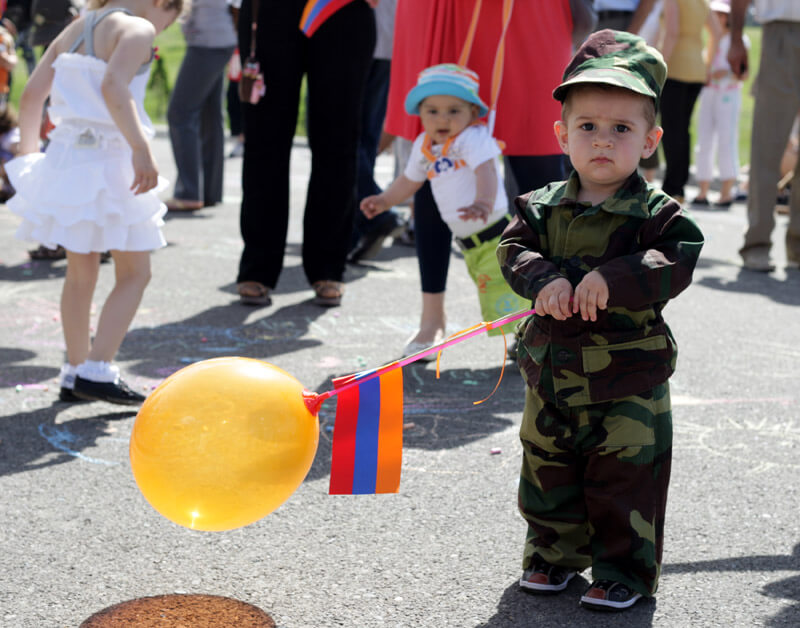 Ararat - This is a very traditional Armenian name symbolic as a boy name, the name of the biblical mountain Ararat, and also the name of an Armenian region (Ararat Province) where is located in the city of Ararat.

Gor - The name means “brave, proud”. According to some people, the name comes from the verb գոռալ which means “to shout out”.

Hayk - The name Hayk has a legendary history. It’s the name of Hayk The Great who was also “known as Hayk Nahapet”. He was a legendary hero in Armenian mythology. He was the forefather of Armenian people.

Ara - This is a king’s name. Ara The Beautiful was a legendary Armenian hero. The name means “forest”.

Davit - Although many people argue that Davit isn’t an Armenian name, we may say that it’s Armenian. The foreign name is “David” while the Armenian version is “Davit”. In Armenia, the parents call their sons Davit after the great hero Davit of Sassoun from the famous epic.

Vardan - This is the name of the famous Armenian Sparapet - the military leader of the Armenian army - Vardan Mamikonyan.

Narek - Armenians called "Narek" to the book (the book's real name is Matyan Voghbergutyan) written by the medieval poet and brilliant minded Armenian Grigor Narekatsi. Matyan Voghbergutyan was considered to be a book with healing features. But, in reality, the name came from Narek village.

There are some ancient female names that sound very strange and even ridiculous. Such ancient girl names are no longer in use. Some of them are Tachatuhi, Parandzem (a name of an Armenian queen), Vardanoush, etc. Now let’s check out some popular Armenian girl's names. 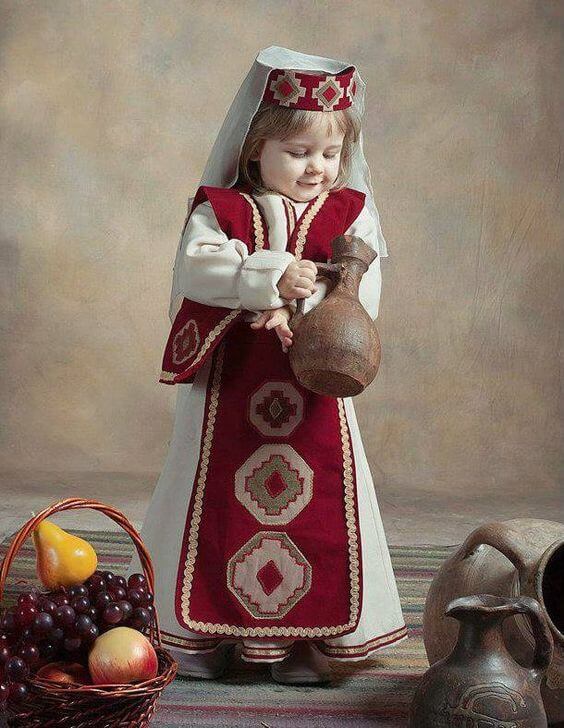 Ani - This is a very gentle name among the Armenian girls' names. Ani was the medieval capital of Armenia. Unfortunately, the city was ruined and currently, it’s out of the Armenian borders.

Nare - Nare is the female equivalent of the Armenian male name Narek. It’s also connected to the symbolic fruit.

Anoush - This name has the meaning of “sweet”. This is the name of the famous heroine from Hovhannes Tumanyan’s well-known novel “Anoush”.

Shoushanik - This is a flower’s name. Armenian women are beautiful and gentle like flowers. The name has also the version “Shushan”. This name is much used in the Armenian poetry and mythology.

Tatevik - The name Tatevik also has a second version as “Tatev”. The meaning of the name is “To give a wing”.

Gayane - The name Gayane comes from ancient times. There was a nun named Gayane who was martyred in the territory of the current Etchmiadzin city. The ancient church Gayane is devoted to her.

Although there are thousands of names currently, the most common Armenian names are Davit, Narek, Hayk, Gor, Tigran, etc. for males. And Ani, Nare, Tatev, and so on for the females.

There is an interesting tradition related to the connection between Armenian male and female names. They usually add the prefix “uhi” to the boys’ names and make it a female name as Tigran - Tigranuhi, Hrach - Hrachuhi, Armen - Armenuhi, and many more similar names.

It’s an obvious fact that the Armenian last names end with the prefix “yan” or “ian” (յան, եան). The root of the Armenian surnames is mainly males’ names. Some examples are Tigran - Tigrapyan, Davit - Davtyan, Vardan - Vardanyan, etc.

The Armenian names and surnames are very traditional and unique. You may immediately differentiate the Armenian nationality of an individual by their names and especially surnames.