Every writer is destined to play a significant role in their national literature. However, there are some exceptional writers who shape the face of literature. Hovhannes Tumanyan was one of these unique writers in Armenian poetry. For a good reason, he is a national poet of Armenian.

Tumanyan was born in 1869 in Dsegh, Lori Province. He was the eldest among the eight children of the family. The future poet attended the parochial school in Dsegh. Then he moved to the school of Jalaloghly. Later he left for Tbilisi and entered the Nersisyan school.

Unfortunately, he left the school because of a difficult financial situation and started to work. Tumanyan worked for different periodicals including “Aghbyur” (source), “Horizon”, “Hasker” (spike), etc. 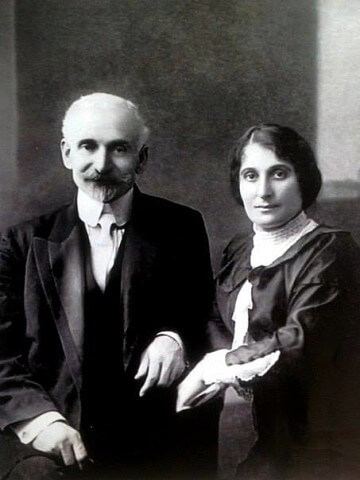 Hovhannes Tumanyan with His Wife

Hovhannes Tumanyan married Olga Matchkalyan in 1888 when he was 19 years old. The couple had ten children. Tumanyan died in 1923.

Tumanyan was a poet, writer, literary, translator, and public activist. He wrote his first poem at the age of 12. The poem is about his teacher’s daughter with whom he fell in love. It is the honest thought of the young boy.

Hovhannes Tumanyan wrote poems, novels, ballads, quatrains, operas, fables, as well as journalistic and critical articles. His writings are natural and expressive. People like his poems and fables. 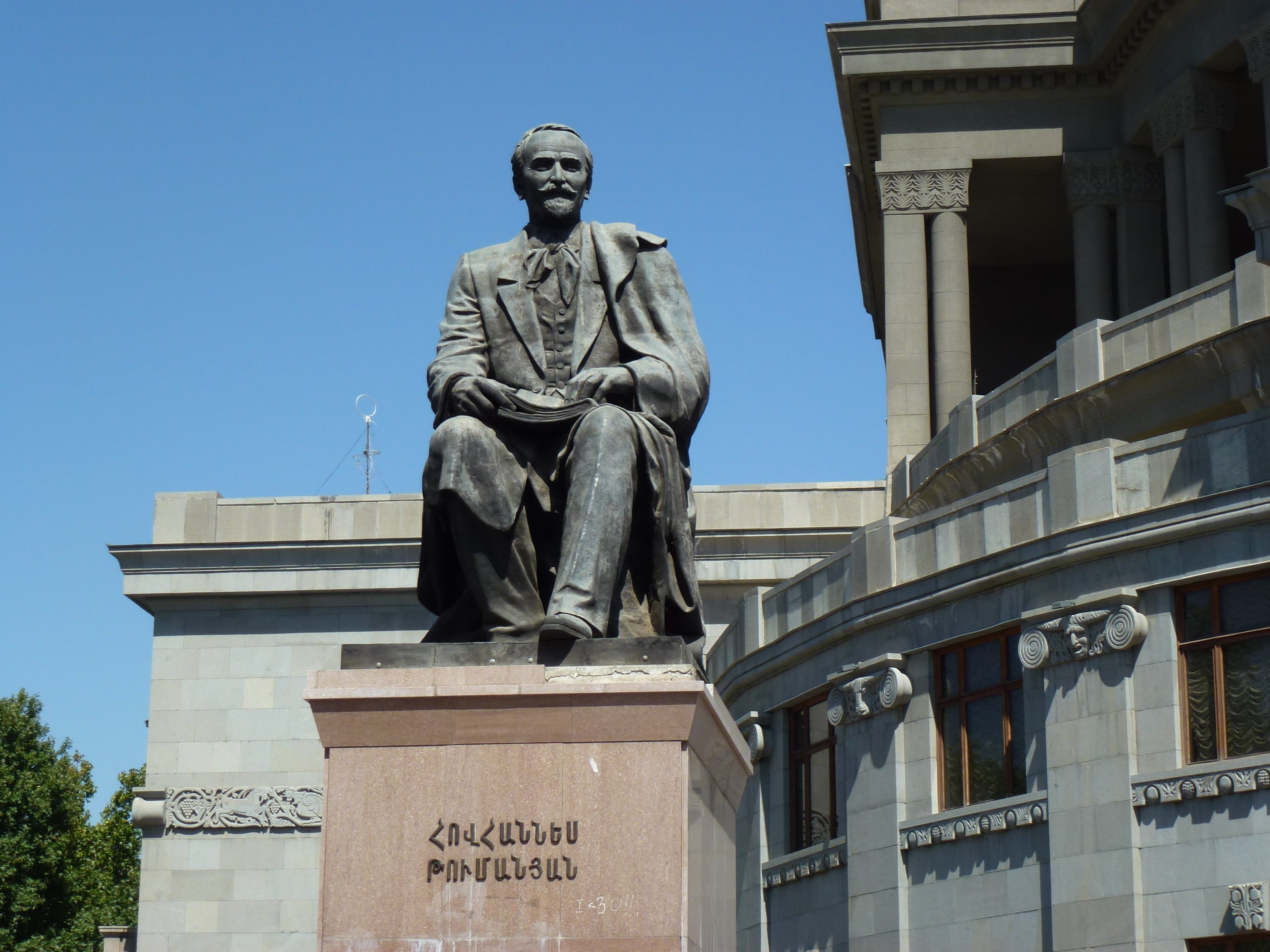 Hovhannes Tumanyan Statue in Front of The Opera House

Tumanyan wrote many poems. Generally, he used the style of storytelling poems. In his poems, Tumanyan sounds patriotic, social, philosophical, love, and other themes. A significant part of Hovhannes Tumanyan’s poems is devoted to Armenia.

One of the most famous patriotic poems is “In the Armenian mountains”. In the poem, the author presents all the difficulties and hardships the Armenian nation faces. Some other famous poems are “With the stars”, “The song of the plow”, “In the hut”, and many more.

The poet also wrote many quatrains․ One of his most famous quatrains is “The greedy person”. In this quatrain, the poet speaks about the human character. He mentions that the mind of a person is long, while their lives are short. So, the offer recommends living this life happy, free, and in peace because none of us have anything after death. 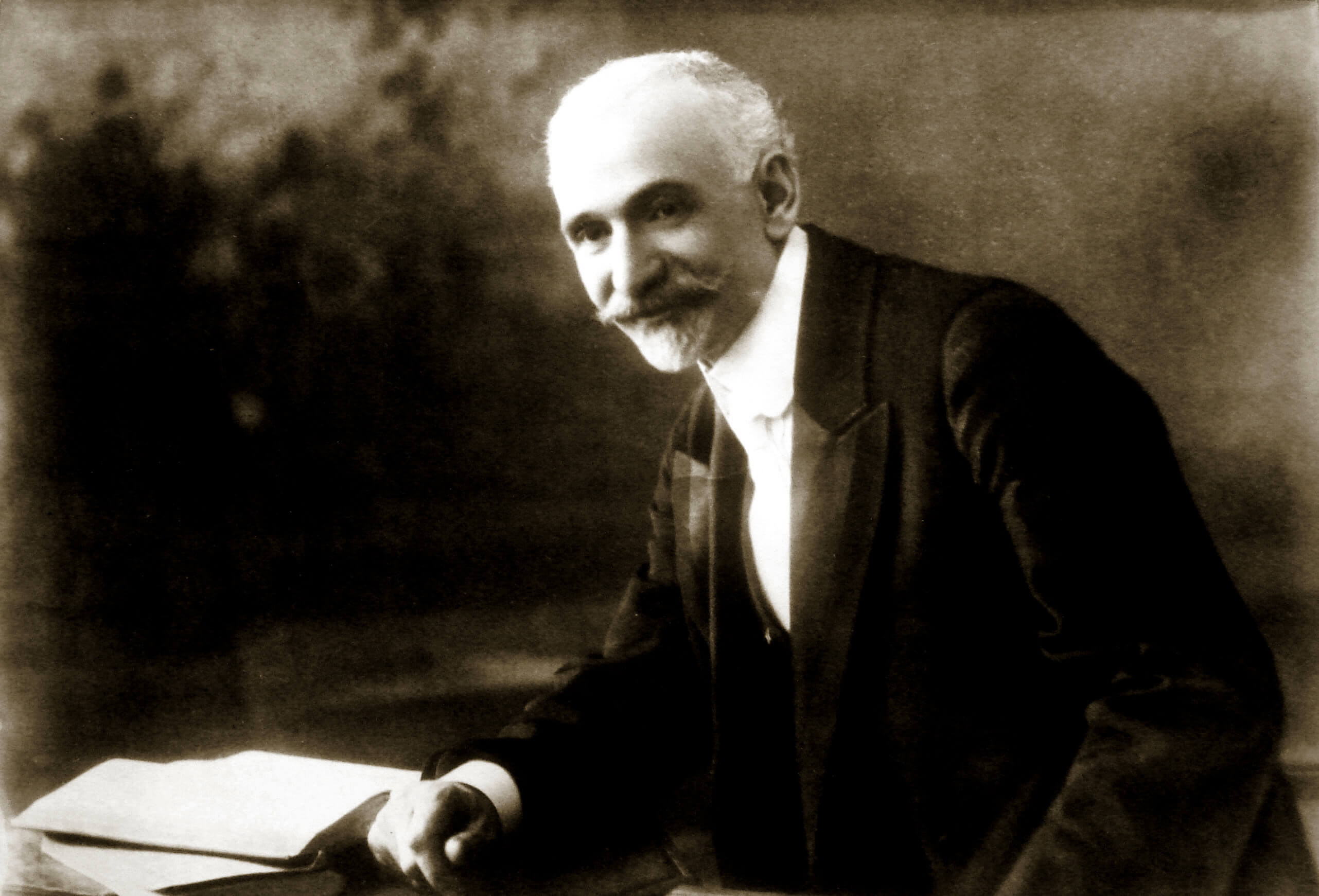 Hovhannes Tumanyan wrote a significant amount of novels. In these works, he especially introduced village life and nature in Armenia. Some of his novels were adapted to operas. A famous novel is “Anoush” based on which the “Anoush Opera” was adapted by Armen Tigranyan. Another one is “The Capture of Tmkaberd” which is the base of “Almast opera” by Aleksandr Spendiaryan. Other well-known novels are “Maro”, “Akhtamar”, “David of Sasun”, and many more.

The stories written by Tumanyan are very interesting and easy to read. That’s why people like them. These stories have so much to tell that they were based as plots for movies. Stories that were adapted to famous cartoons and films are “Gikor”, “The master and the servant”, “Lazy Huri”, “The dog and the cat”, “A drop of honey”, “The unlucky Panos”, etc. 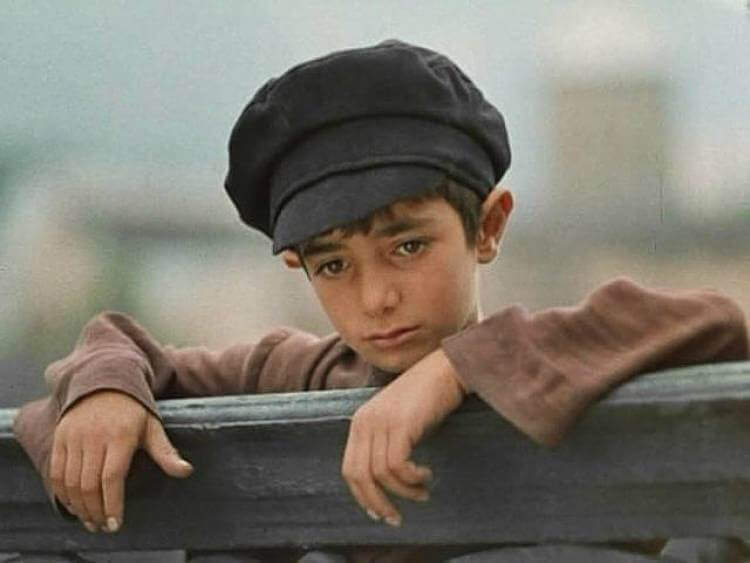 A moment from the film "Gikor"

The film “Gikor” has a very big influence on people's emotions. After watching this film you cannot hold your teardrops back. On the other hand, cartoons are very funny, informative, and interactive. Children like watching these cartoons as well as reading the fairy tales. Hovhannes Tumanyan is also the author of many ballades including “Parvana”, “The brother Garnik”, “Poghos Petros”, “The end of the evil”, and so on.

While Tumanyan was living in Tbilisi, he founded the Garret (Vernatun). It was in 1899 when an idea came to his mind to organize meetings with the Armenian intellectuals of that time. As Tbilisi was the home of many Armenian creative people, the idea came true without any significant effort. 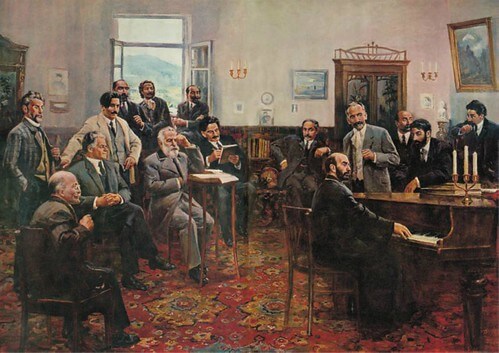 The Armenian Intellectuals in The Garret

The Garret was an attic place, and the members were Hovhannes Tumanyan, Avetik Isahakyan, Levon Shant, Derenik Demirchyan, Vahan Teryan, Aleksandr Shirvanzade, Nar Dos, Ghazaros Aghayan, and many other influential Armenians of the early 20th century. The Garret existed until 1908 with some pauses.

Hovhannes Tumanyan House Museum is considered to be a brunch in The Museum of Literature And Art at different times. The museum is located in Dsegh the birthplace of the pan Armenian poet.

The museum includes almost 300 valuable objects that represent the personal life and activity of the great writer. Although the museum lais in a very hard to achieve place the all Armenian poet’s power attracts thousands of visitors.

In the center of Yerevan, in Moskovyan street the Hovhannes Tumanyan Museum is situated. The museum covers more than 18 thousand of his workpieces. There you may find the model of his last home in Tbilisi, his unique personal library, etc. 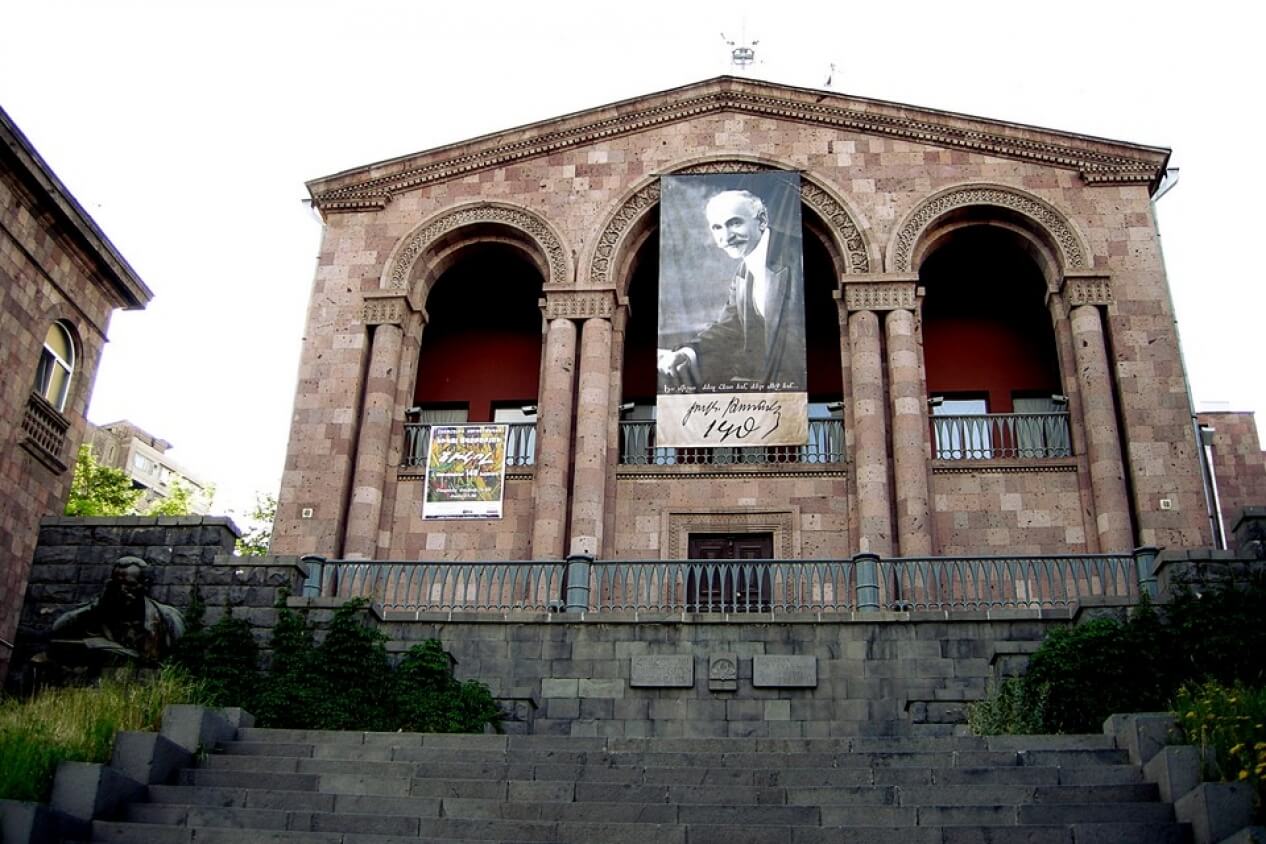 There are many photos, letters, documents, and other items related to the author’s personal and career life. A very impressive item is the model of the ”Garret”. Have a look at it and you’ll get an impression as if the intellectuals of the 19th century will appear in front of you. In order to enter the museum, you have to pass on the 54 stairs which symbolize the lifetime years of the humanist poet.

One of the central streets in Yerevan is named after Tumanyan. Near the street, Tumanyan’s statue is situated in front of the Opera House. And there is a town Tumanyan in Lori, named after the poet. Every piece of writing by Hovhannes Tumanyan has a great idea in its plot. His poetic storytelling style was the key to people’s love for his works. His language is easy to read, simple, but never simplistic.