He was an Armenian Sparapet - a military leader, a martyr, and a saint of the Armenian Apostolic Church. During the period of 450-451, he was the leader of the Armenian liberal movement.

Vardan Mamikonyan was the leader of the Armenian military forces at the highly recognized battle of Avarayr. He may be considered as one of the greatest Armenians throughout the time.

The Life of Vardan Mamikonyan

Vardan Mamikonyan was born in 387 at the village of Artashat. His father was Hamazasp Mamikonian who was also a military leader. The mother of Vartan Mamikonian was Sahakanuysh - the daughter of Catholicos Isaak (Sahak Partev). 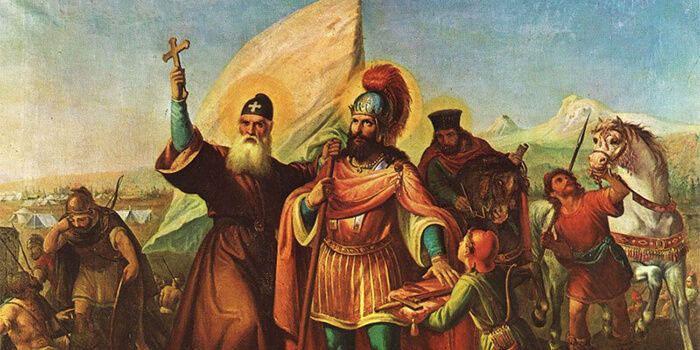 The sparapet Vardan Mamikonian had a daughter named Vardeni Mamikonian. The girl was also known as Shushanik. Shushanik married Varsken who later took a pro-Persian position and adopt the Zoroastrianism renouncing Christianity. The husband forced Shushanik to do the same, but she refused.

According to a legend, an old Armenian church - Saint Shushanik, which is located near the village Bagaran was devoted to the daughter of the great sparapet - St Shushanik.

It was back in 449 when the Persian king Hazkert the second force the Armenians to renounce the Christian way and adopt the Zoroastrianism. However, as the first nation to adopt Christianity as a state religion, Armenians couldn’t accept it. As a result, a war began between two forces: the Armenian Army ruled by the sparapet st Vardan, and the Sassanid Persian rulers, in 451.

The war took place at the Plain of Avarayr on the right bank of the river Tghmut on May 26th. And Vardan Mamikonian was the leader of the Armenian army. It was an unequal battle cause the Persians brought even elephants to the Warfield. 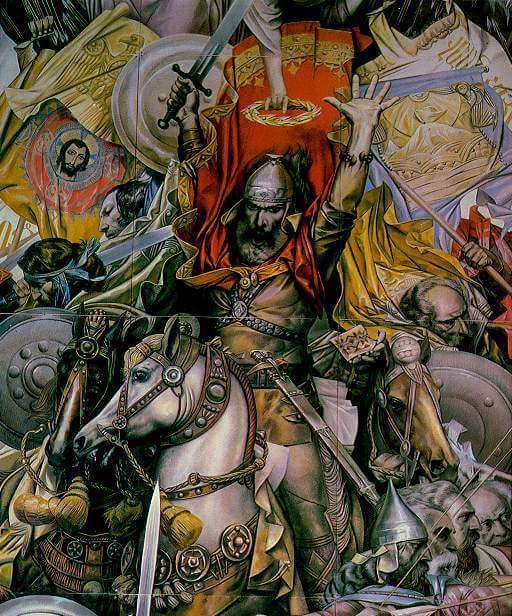 However, the Armenians showed great resistance. Although the sparapet died in the war, the Persians had to retreat.

Therefore, the Armenian military forces keep on the resistance. After the war, the Persian court refused their own idea of forcing nations to renounce their religion. They also recognized the Armenian Inner Autonomy. As a result, the war guaranteed religious freedom for Christian Armenia.

The Armenian fighters in the plain of Avarayr were counted among the saints of the Armenian Apostolic Church. They are called “Saint Vardanank”.

After his death, Vardan Mamikonyan was consecrated as a saint of the Armenian Apostolic Church. In the official calendar of the Armenian church, there is a special commemoration day of St Vartan. It’s a moving day which must be a Thursday and usually, it’s in the month of February.

St Vardan was much mentioned in the writings of various historians and writers. In the 5th century, the famous Armenian historian Eghishe wrote a work related to Vardan Mamikonian and the Armenian war. Later another writer - Derenik Demirchyan wrote a historical novel titled “Vardanank”. 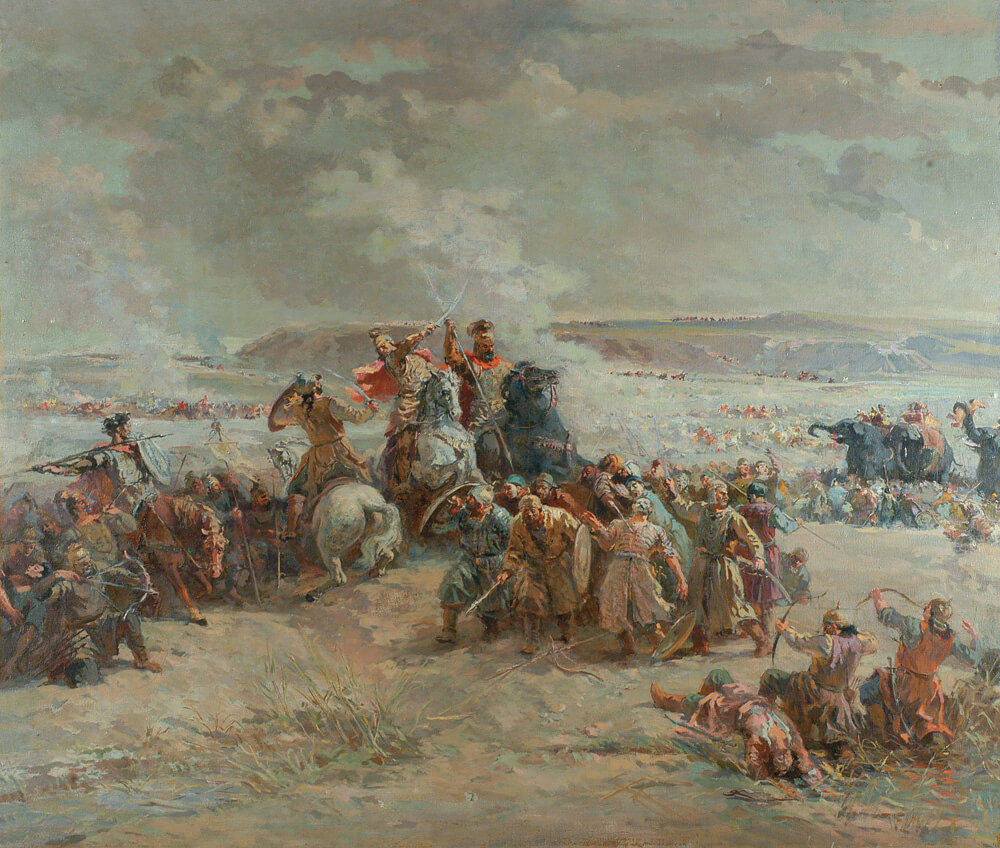 A medal was called after the sparapet - “Vardan Mamikonian Medal”. It is given to those soldiers who show exceptional courage in military activities.

In 2002, a Hollywood project was released by an Armenian author Roger Kupelian. The project was completed in 2014. It was a film titled “East of Byzantium։ War Gods and Warrior Saints”. The main point of this film is the Vardanants battle. This film covers all the events in the 4th and 5th centuries from the adoption of Christianity. 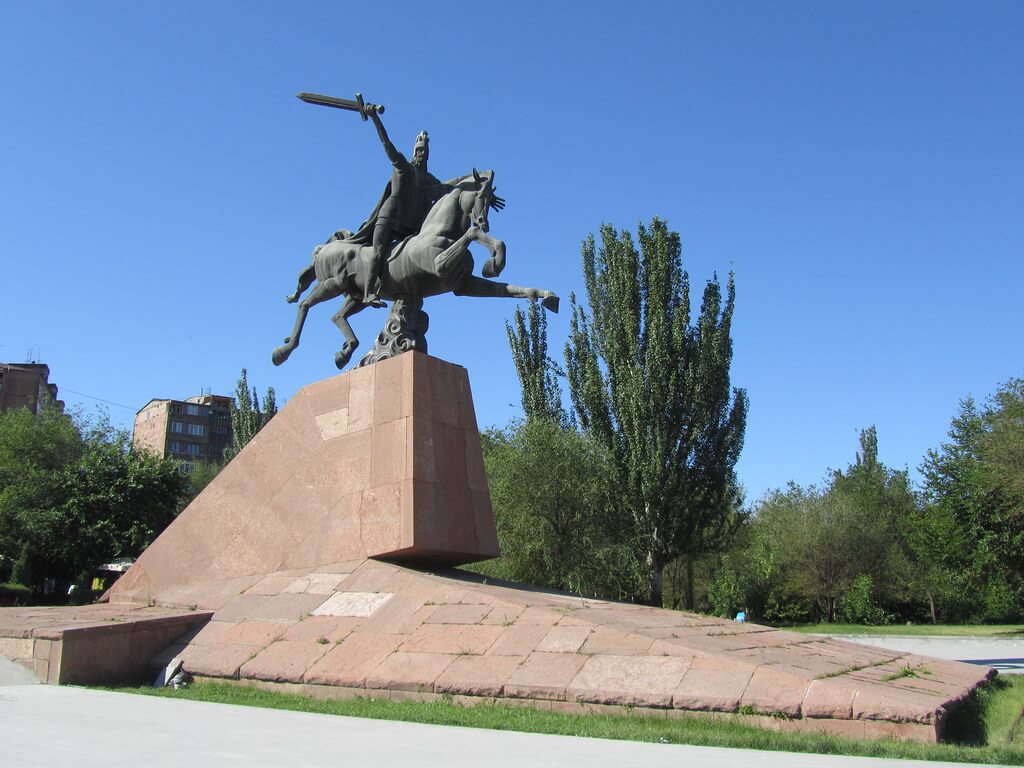 There is a statue of the courage sparapet in the capital Yerevan and also in Gyumri. The statue of Vardan Mamikonyan in Yerevan is located near the Vernissage - an outdoor market in the heart of the city. It’s erected in 1985. The architect is S. Kyurkchyan, and the sculptor is Y. Kochar. 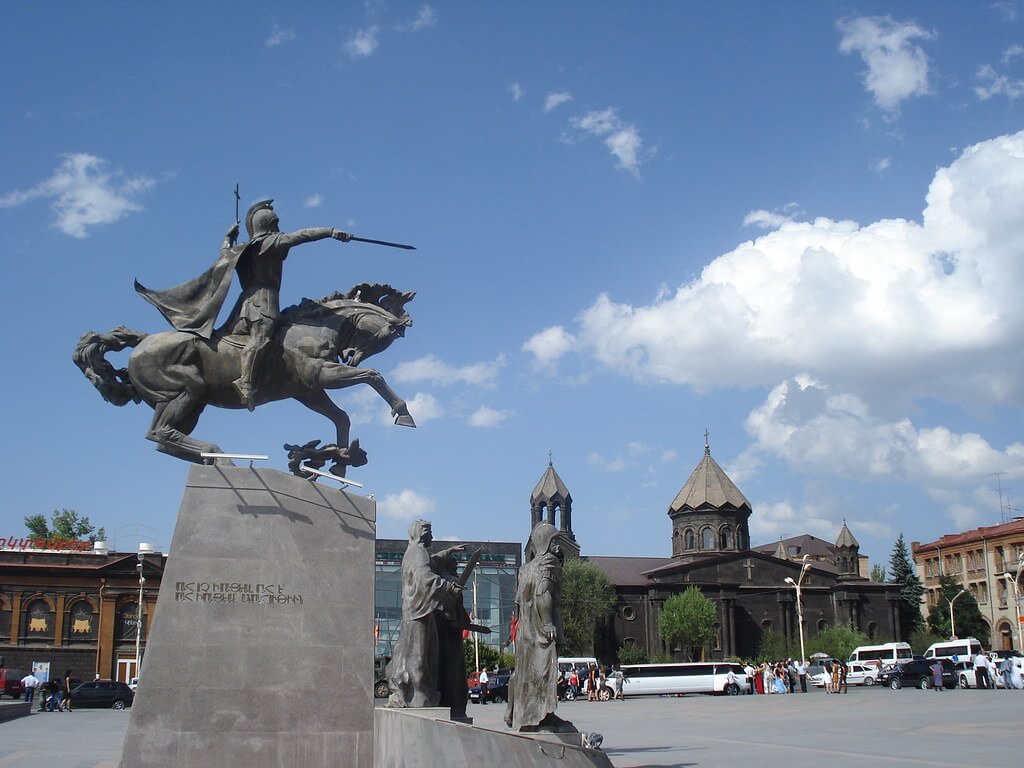 The monument is located in the circular park - one of the most famous parks in Yerevan. It’s in the neighborhood of the Vardanants and Khanjyan streets, not far from the Saint Gregory The Enlightener Cathedral.

Vardan is a common Armenian name for males. Many people call their sons Vardan or Vartan, after the Armenian brave sparapet. There are also female versions of this name called Vardanoush or Vartanoush. And you may also hear the Armenian family names as Vardanyan, Vardanian, and Vartanian. They are also very common in Armenia.

For this time, as much about the great Armenian. Hopefully, you are inspired by the Armenian brave sparapet.