If you are planning to visit Armenia, you should better start to learn more about the culture of the country and the people who live there. One of the most interesting parts of Armenian culture is festivals and holidays.

In this article, we’ll discuss some of the most popular festivals in Armenia.

Easter is one of the most popular Armenian holidays. It has great importance for Armenian people as Armenia is the first Christian country. During this festival, people are celebrating the resurrection of Jesus Christ from the dead.

The day of the celebration of Easter is changing every year as it is celebrated during the first Sunday after the full moon. It may fall between March 22- April 25.

During Easter, Armenian greet each other by saying “Kristos hariav i merelots” which means Christ is risen from the dead. The answer is “Orhnyal e harutyune Kristosi” which means blessed is the resurrection of Christ. 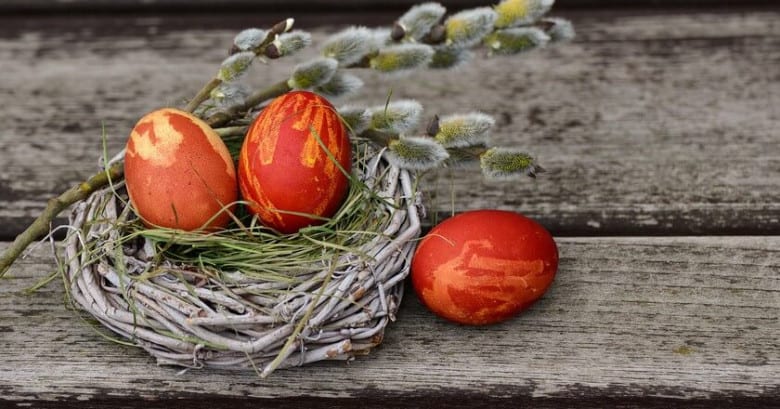 Easter is not only one of the main festivals for the Armenian Apostolic Church but also is one of the children’s most favorite holidays. The reason for this is the celebration process in Armenia.

The most interesting part of the ceremony is the game called “egg tapping.” It is a fun contest where the players tap each other’s eggs to break it. After the game whoever breaks the most eggs is the winner.

The main dishes of the day are of course eggs with tarragon, Pilaw with raisins, fish (Ishkhan, trout, whitefish) and red wine. The eggs are usually dyed in red color which symbolizes the blood of Jesus Christ.

In ancient times when Armenians still worshiped Gods, they were organizing various festivals for them. Most of these festivals are forgotten, but some of them are still celebrated as a fun game. One of such festivals is “Vardavar” or “Jrotsi” which in Armenian means to pour water on someone. 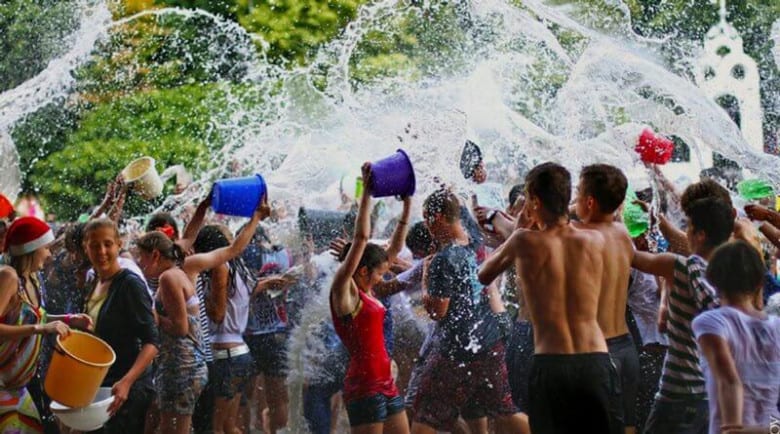 During pagan times the festival was dedicated to an Armenian Goddess of love, beauty, fertility, and water- Astghik. The festival changed its meaning after Armenians adopted Christianity. Currently, pouring water on friends or even strangers means to clean their sins.

Vardavar is celebrated 14 weeks after Easter. From early morning all the children and adults go out with buckets full of water and start playing. If it is “Vardavar” and you are not at home be sure you’ll get wet very soon.

One of the essential components of Armenian culture is national dressing – Taraz. National costumes can tell a lot about the history and the culture of the country.

Every year on August Yerevan Municipality and Teryan Cultural Center organize “Taraz fest” in Northern Avenue in order to give locals and foreigners an opportunity to learn more about Armenian culture. 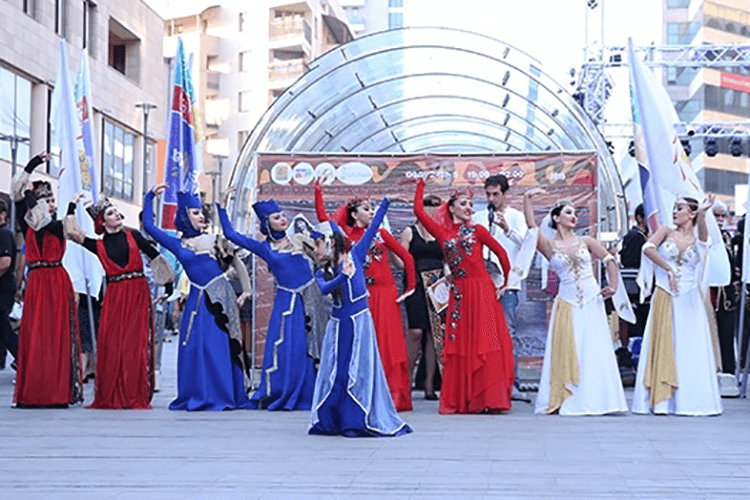 The festival usually has two parts. In the beginning, The History Museum shows various national costumes of different Armenian regions from different periods of time. After the exhibition, several modern designers show modern dresses with some components of Taraz.

During the festival, a concert of Armenian folk songs and dances is organized in order to create a more traditional atmosphere.

As one of the most favorite dishes of Armenian people is Dolma, it’s not a surprise that we have a special festival for dolma. Dolma is a traditional dish that has Armenian origins. There are approximately 60 types of Armenian Dolma.

In most cases, dolma is made and wrapped in cabbage and grape leaves or vegetables such as pepper, eggplant, tomato. Dolma is filled with rice, minced meat, and other ingredients. If you are a vegetarian, you will like another type of Armenian dolma called “pasuts dolma.” Instead of meat and rice “pasuts dolma” is filled with red beans, chickpea, lentil, bulgur, tomato, and other greens. 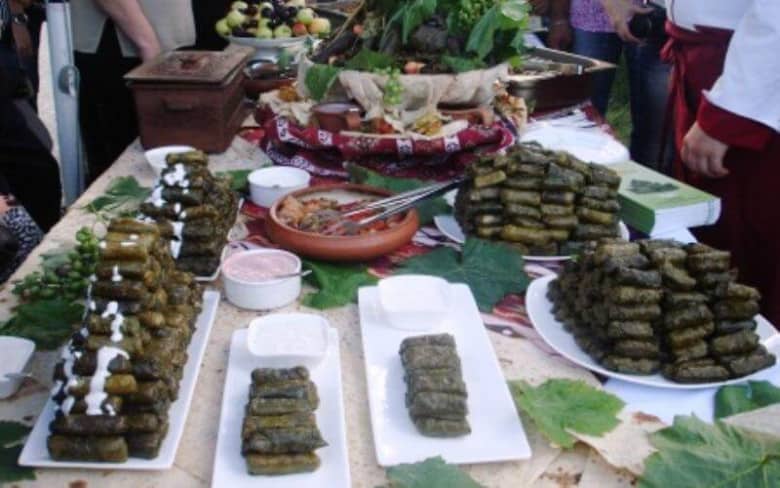 For the first time, dolma festival was celebrated in 2011 with a goal to straighten Armenian dolma’s popularization. During the festival, not only professional cooks but also citizens prepare dolma and present it to the people.

At the end of the festival, judges announce the winners of the day. The festival is accompanied by national songs and music.

If you have a sweet tooth, you will like the Honey and Berry Festival. It is an annual festival which takes place in August. It has a goal to emphasize the role of Armenia as a center of honey and berry production.

During the festival wild berries, honey and cakes with honey are presented to the guests. After tasting all the cakes made by participants from different parts of Armenia people choose the winner. 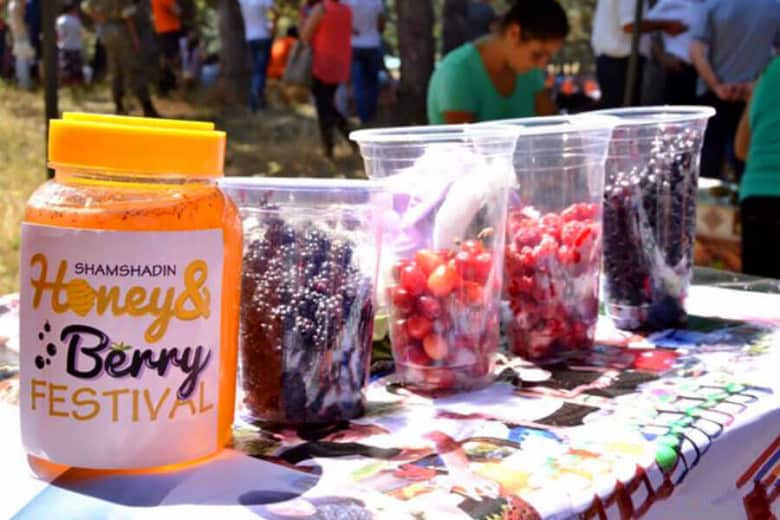 Also, during this day professional cooks make Armenian traditional dishes for the guest of the festival. This festival gives locals an opportunity to present and sell their cultivated harvest, sweets and arts and crafts.

The festival is accompanied by ethnic songs and dances as well as an interesting cultural program.