Armenians like to create legends. Throughout the time, many fables and various stories of the past are created and riched the Armenian literature. If we look back, the Armenian history and poetry are full of talented writers, historians, poets, and so on.

The Armenian writers have a waste of writings and valuable works. However, along with the writers, people created legends that were spread by spoken language. Throughout the time, some of these spoken legends were written by different writers to ensure the works wouldn’t be missed by the time.

One of the most recognized Armenian legends is Sasuntsi Davit epos or the epic of David of Sassoun. This is an Armenian national epic which is based on folklore.

The History of Sasuntsi Davit Epos 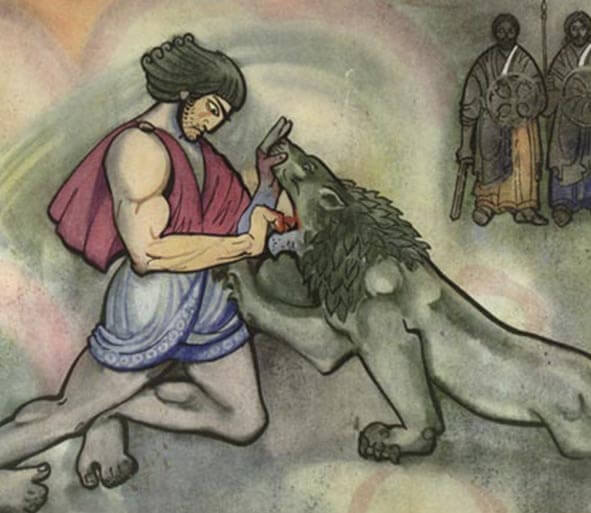 One of the stories in the epos was written by Garegin Srvandztyants in 1873 and titled as “Sasuntsi Davit kam Mheri Dur” (David of Sasun and Mher’s Door). In 1889, another version was written by Manuk Abeghyan, and in 1939, with a group of epic specialists, Hovsep Orbeli publish the original collection of “Sasna Tsrer” which includes 60 narratives.

The Structure And The Main Heroes of The Sasuntsi Davit Story

The story consists of four main parts, and each part is about a generation. These parts are:

Once when Tsovinar was walking, she felt thirsty and drank two sips of water that was coming from a mountainous source. As a result, she became pregnant with twin boys due to these two sips of water.

Like his father, Mher was also a giant. He could easily uproot huge trees and raise them up like a feather. Mher was ready to use his power and strength to support his motherland and provide peace. His battle against the lion was proof. 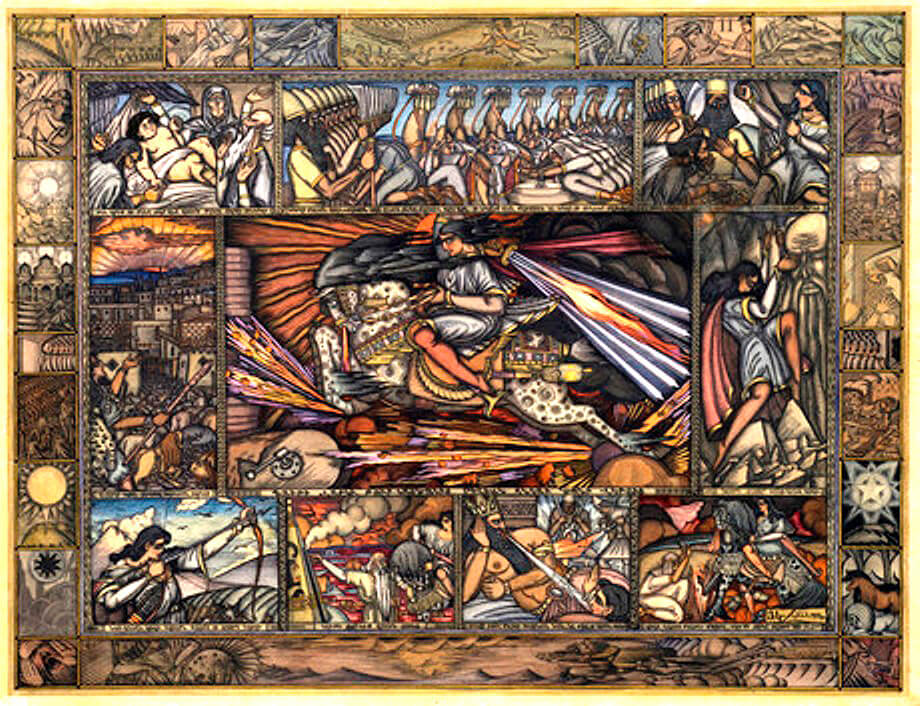 The lion sat on people’s way to the wells and didn’t let them pass around. Because of that, people were hungry and thirsty. Therefore, Mher killed the lion and helped his nation.

Davit had a childhood full of hardships. He had to grow up with the absence of his parents. He was living with Ismil Khanum, who had been his father’s lover and who was an enemy. They say that Davit was growing up second by second.

Later he returned Sasun and rebuilt the church founded by his father, which was called Maruta St Astvatsatsin church. Davit was killed by an arrow shot by his own daughter.

During the last period of his life, Davit quarreled with his own son on his way to Sasun. Davit condemned Little Mher and wished him to be immortal but childless.

The Symbolism of Sasuntsi Davit Story

We see that the parts of the epos are based on a generational sequence. That’s why they are called branches. The overall epos is like a tree, and every part is a branch. By the way, besides the essential branches of the tree (heroes), there are also some other branches (figures) who aren’t so powerful.

For example, Sanasar had more courage and strength than Baghdasar; that’s why the story tells about his generation. Sanasar had three sons, but Lion Mher was more essential than the others, and so on. 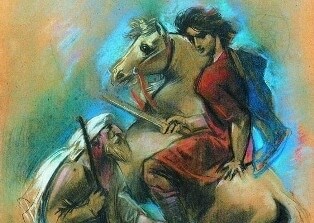 The most typical point to this epos is the heroic unconquerable spirit of the figures. Which, in this regard, symbolizes the courage and heroic behavior of the Armenians. The Daredevils of Sassoun drove the Arabs out of the Armenian territory. One of the Armenian national poets - Hovhannes Toumanyan wrote Sasuntsi David poem. Probably he was inspired by the Sasna Tsrer epic.

Currently, the Sasuntsi Davit statue is situated in Yerevan. It is one of the most important city stations. By the way, there is also located a metro station named Sasuntsi Davit.