Armenians are the native ethnic group of the Armenian Highland. The Armenian ethnicity is an important topic for all of them who are interested in the origin and history of this ancient country and nation. If you are among these curious ones then you are at the right place. Come on!

The Armenian people form one of the most interesting ethnic groups. You may be interested in Armenians because either you have heard about some famous Armenians or you are attracted by the unique characteristic features of the Armenian appearance. 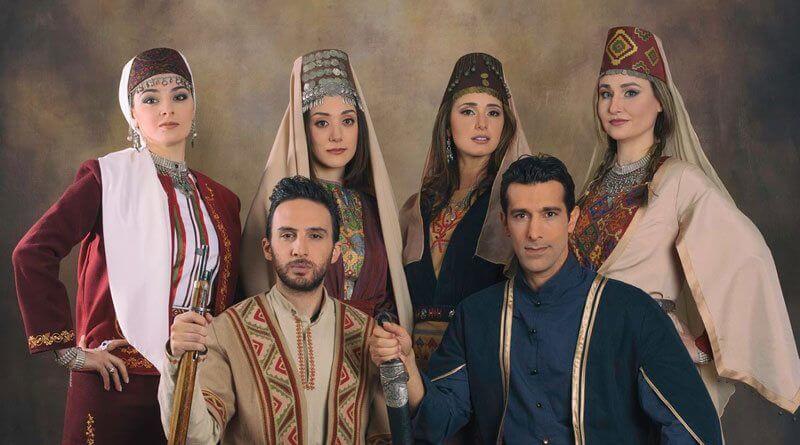 Armenians are people who make the vast majority of the population in the Republic of Armenia. However, there is a large Armenian diaspora around the world. An interesting fact is that there are 3 million people living in Armenia, and 98% of them are ethnic Armenians, the other 1.2% are Yezidis, and the rest 0.8% are other ethnic groups.

The Armenian ethnic origin dates back to the 6th century BC when the first attestations of the exonym Armenia were mentioned. In 517 BC the Persian king refers to Urartu as Armenia.

Have you ever seen some pictures of Armenian people? In general, you may meet Armenians with dark hair, dark eyes, and light skin. However, what obvious is that Armenians vary with their appearance. The majority of the population has dark brown or black hair and eyes. Yet, you may meet a blonde or red-haired Armenians. 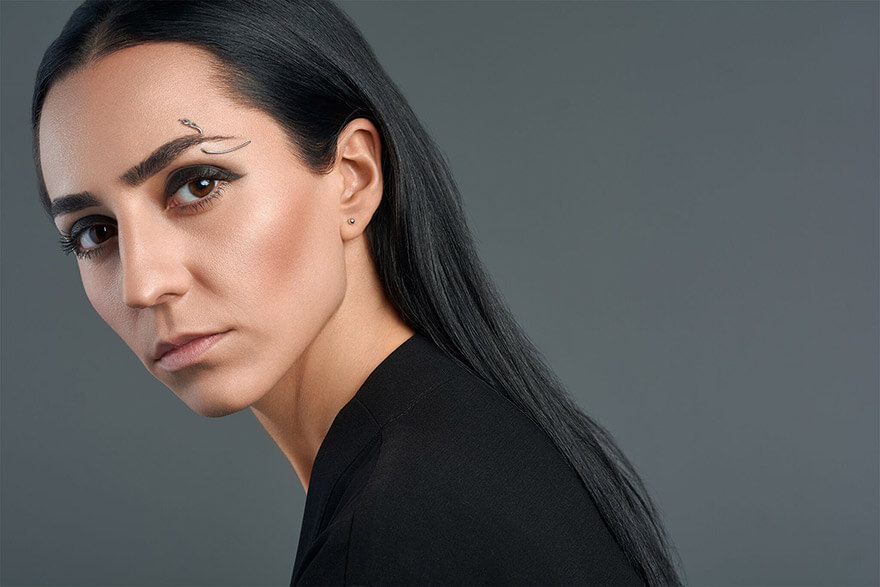 The Armenian eyes are very impressive. The great part of the Armenian population has dark eyes, although there are also many people with blue or green eyes.

Armenians like to create a history. This ancient nation overcame various hardships and difficulties throughout history. They experienced many wars in order to preserve the Armenian genealogy, culture, historical values, and ethnicity. 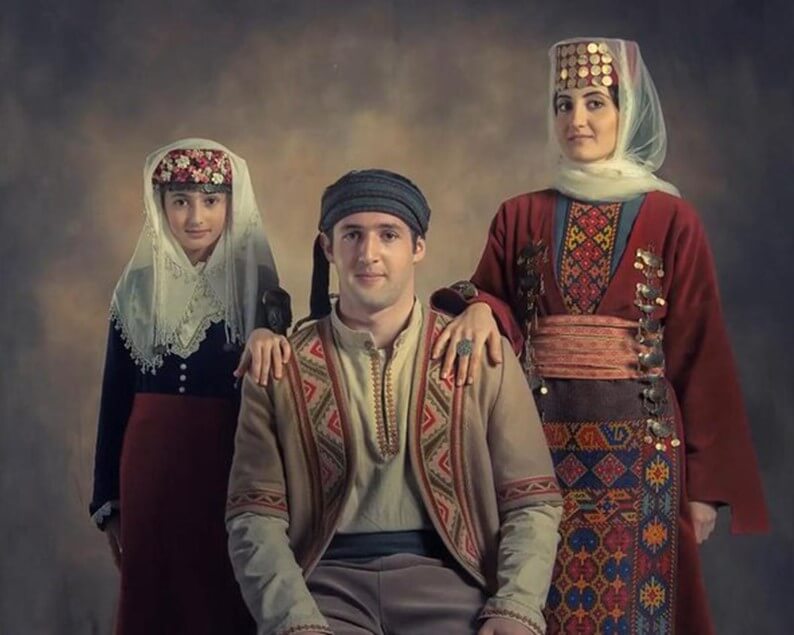 The greatest hardship this nation faced was the Armenian Genocide - the mass killing of humanity. Nevertheless, Armenians continue living because this nation has a strong belief. Armenians always keep on living and working. They will find something to do in every minute. That’s why a well-known proverb was created about the Armenians. It says “Armenians are a nation who squeeze bread out of the stone”. This proverb is very symbolic: Armenians have special respect towards the bread, and the Armenian area is stony. So, these people work in their own land to earn a living. 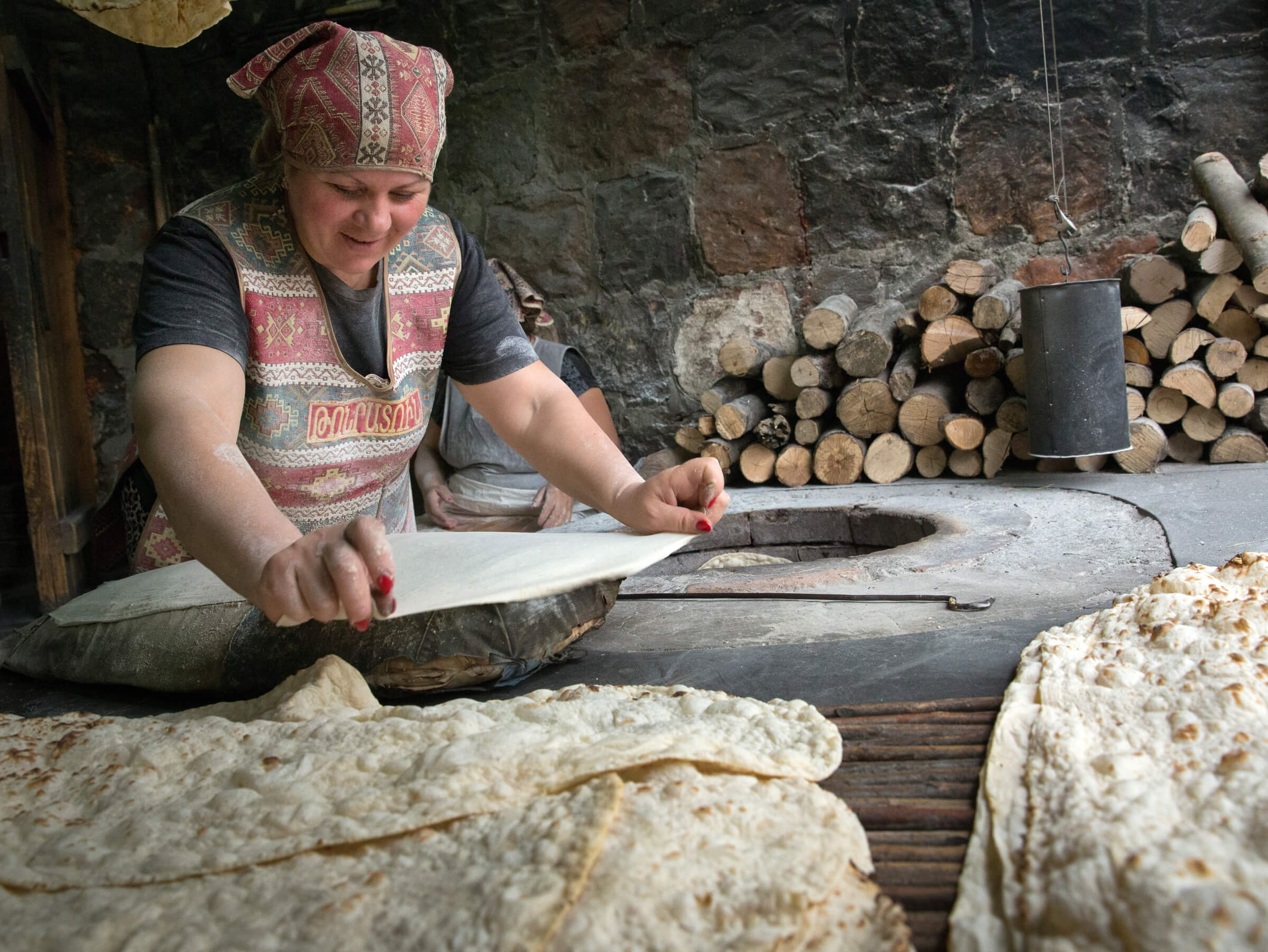 The Armenian culture is well known for historical places and architectural monuments, especially related to religion, as the architecture of churches and cross-stones.

Armenians are very kind and friendly people. If you need help they may cancel their plans to support you. For example, if you ask for a direction, they may leave their way and accompany you in your expected direction. 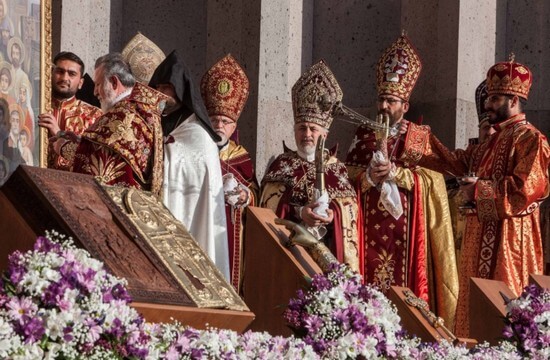 In the past, Armenians suffered a lot just because of religious beliefs. They were much forced to renounce the Armenian religion. However, this nation is loyal to its cultural origin and roots.

The Language Spoken in Armenia

What do you think about the native language spoken in Armenia? Many people think that Armenians don’t have their own language. However, this nation which is known for its poetry and literature couldn’t create valuable written and spoken words in foreign languages.

The official language in Armenia is Armenian. The Armenian language origin dates back to 405. It was created by Mesrop Mashtots. The Armenian language is hard to learn for foreigners. The language has many sounds that are hard to pronounce. It also includes some complicated grammar and punctuation rules. However, if you are interested in learning some Armenian words or popular phrases Armenians are ready for some advice and practice.

Do you know any Armenian? Probably, you have. This nation has world-known representatives in almost every sphere.

Arguably, Kim Kardashian is the most famous Armenian woman in the world. Yet, the Armenian men are more famous. A great Armenian man was Charles Aznavour - the pan Armenian talent. Possibly, you have heard about the highly recognized rock band “System of A Down”. The members of this band are also Armenians. 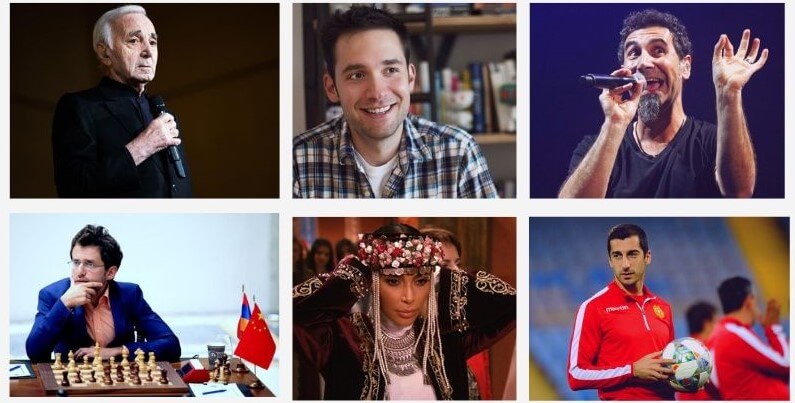 The strongest Armenians are in sports. Armenians are well-known for their chess skills. This is a developed sport in Armenia. The most famous Armenian chess player is Levon Aronian. There are also some world-famous Armenian football players including Henrikh Mkhitaryan, Yura Movsisyan.

And, of course, Armenians couldn’t miss the current innovative trends. Armenians are also in technology. The well-known social media site - Reddit was also built by an Armenian - Alexis Ohanyan.

My advice to you. If possible, make friends with an Armenian. To say that they are all good will be wrong because there are no perfect Nations for one hundred percent. But if you are lucky, you will find a true friend for life.

Dram. The national currency of Armenia