The late nineteenth and the early twentieth centuries were a dark period for the Western Armenians living in the Ottoman Empire (present-day Turkey). The Armenian genocide - the mass killings of nearly 1.5 million Armenians happened during that time, particularly in 1915. The massacre was organized by the Young Turks. It was a political movement formed by Ottoman exiles, students, civil servants, and army officers. Their purpose was to exterminate the Armenian population.

They killed not only Armenian people but also destroyed their homes, churches and other historical monuments. Hundreds of thousands of people became homeless and emigrated to other countries forming the Armenian diaspora. It was the first genocide of the twentieth century. As of today, 30 nations have recognized condemn it. Unfortunately, Turkey still denies the Armenian Genocide. Let's delve into the details and find out when and why it happened.

The history of the Armenian genocide

At the end of the 19th century, the Ottoman Empire was multinational. There also lived many Armenians, but they were considered as second class citizens and had fewer rights. They were banned from carrying weapons; they also had to pay higher taxes. Gradually the glorious empire began to lose its power. Some Armenians began to call for independence which the Turks didn't like.

Determined to avoid resolving the so-called Armenian Question in any way and not fulfill their requirements, the leaders of the Ottoman empire organized the massacre of the civilian Armenian population. The mass killings happened between 1915 and 1923 with varying intensity. On the night of 23–24 April 1915, the Ottoman government ordered to arrest the community leaders and the Armenian intellectuals. Hundreds of Armenian public figures – politicians, clergymen, writers, artists – were arrested and sent to exile. 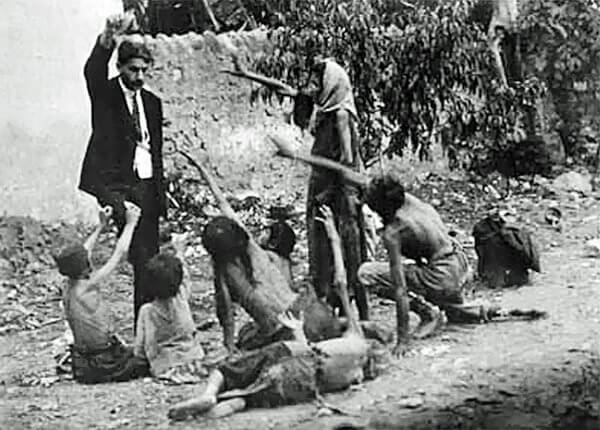 That's why April 24 is commemorated as Genocide Remembrance Day by Armenians around the world. Many people were deported and made to starvation. They were denied food and water. Children, pregnant women, and the old people were brutally slaughtered. The persecutions continued until 1923 when the Ottoman empire ceased to exist. There are no words to describe the wickedness and the hatred of the criminals. One and a half million Armenians perished between 1915 and 1923. 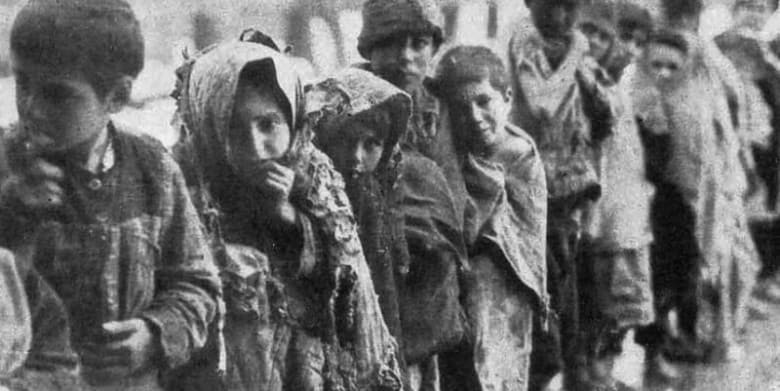 They were killed because they were Armenians. The Armenian genocide is one of the most terrible events in our history. The systematic massacre took away one and a half million lives, but some people managed to survive. They became refugees and spread all over the world. Having lost their cultural heritage, their wealth and property they could form organized communities. Many memorials have been built by Armenian communities. Very few survivors live today and hope that one of the violent crimes of the twentieth century will be recognized. Unfortunately, the authors of this genocide were never brought to justice. 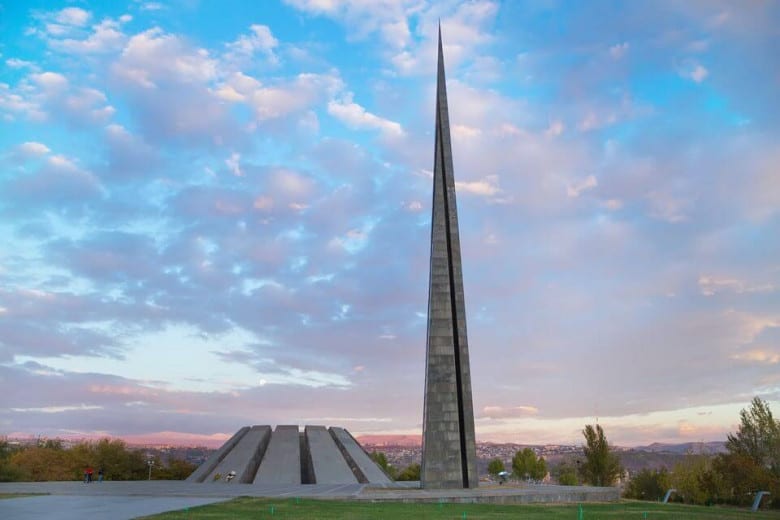 The memorial complex consists of three main buildings: the temple of eternity, the memorial column and the memorial wall. This place has become a pilgrimage to all Armenians. Every year, on April 24, hundreds of thousands of Armenians and foreigners come here to pay tribute to the victims of the Armenian Genocide and lay flowers around the Eternal Flame. Near the memorial, there is also a Museum-Institute. There you can find many photos, documents, books and other items related to the Armenian genocide.

The centennial of the Armenian genocide

On April 24, 2015, we marked the Centennial of The Armenian Genocide. "I remember and demand." This sentence was the slogan of the 100th anniversary of the Armenian Genocide and a flower called 'forget-me-not' was chosen as the symbol of the terrible events that happened in 1915. 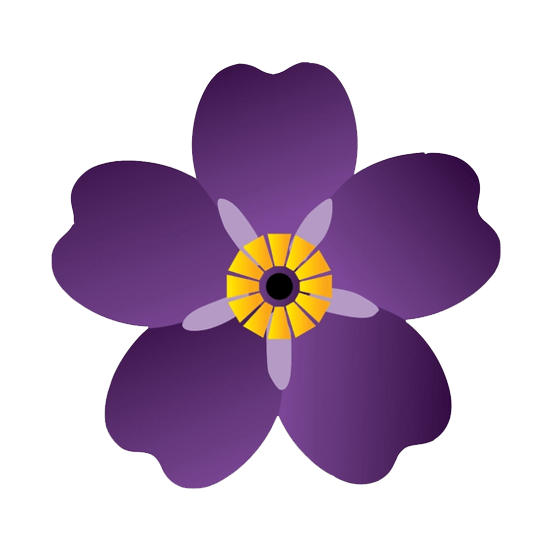 On that day, the Armenian Apostolic Church held a ceremony. During the event, the 1.5 million victims of the Armenian genocide were sanctified. In the evening, the world-famous rock band "System of a Down" performed in Yerevan. The concert was dedicated to the centennial and lasted for two and a half hours.

The importance of the recognition of the Armenian genocide

Nowadays, we continue to acknowledge the world about the most painful page of our history. Can you imagine that it’s even illegal in Turkey to talk about what happened to Armenians during that era? Although the Turkish government still denies that a genocide took place, we must never forget it and should take more significant steps toward its recognition.

Genocide is the worst crime in humanity. Today our world is full of violence, hatred, and discrimination, and ethnic cleansing is not excluded. The recognition of the Armenian genocide will prevent the repetition of such tragedies in the future not only in our country but also in the whole world.

How to Plan Your Trip to Armenia from New York