If you’d like to have a step back in time then there is a nice place for you to visit in Yerevan - the Yerevan Children's Railway founded in 1937. It’s a narrow-gauge railroad loop which passes through the Hrazdan gorge.

The History of Yerevan Children's Railway

The idea of ​​creating a children's railway in Yerevan originated in 1935. Construction began in 1936 when the foundation stone was laid on which the "Paros" Station was to be built.

The former building of the railway station was made of wood. The railway, as well as the entire park, was designed by Michael Mazmanyan. The wooden building of the Children's station started operating on June 9, 1937, during the Soviet era. The stone building of the station was built in the late '40s by the architect Gohar Grigoryan. This building is still functioning today. 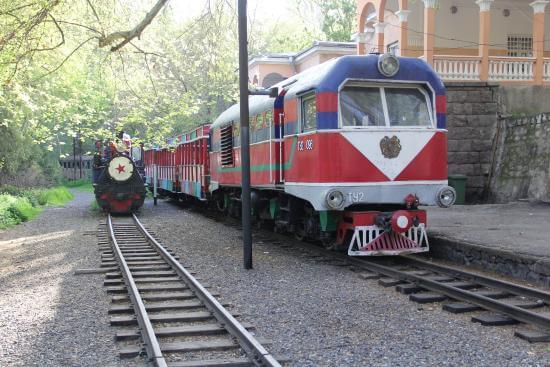 In 1937 the station received a present of a steam locomotive and three passenger carriages from the locomotive factory of Podolsk. It was a small steam locomotive that was later replaced by a more modern train. The first small locomotive is still preserved and is considered the oldest train in Armenia.

The Yerevan Children's Railway is one of the few railroads that was built in the Soviet era and continued to operate, even after the collapse of the regime.

Formerly, there were the offices of the station's chief and duty officer, a telegraph office, a health room and a cash desk in the station building. The playground included large pools of water, fountains, a reading room, a dance floor and a playroom, a laughter room, a buffet, etc.

The Structure of Yerevan Children’s Railway

The length of the railway is 2.1 kilometres. It scratches along the Hrazdan River and through the Hrazdan gorge. 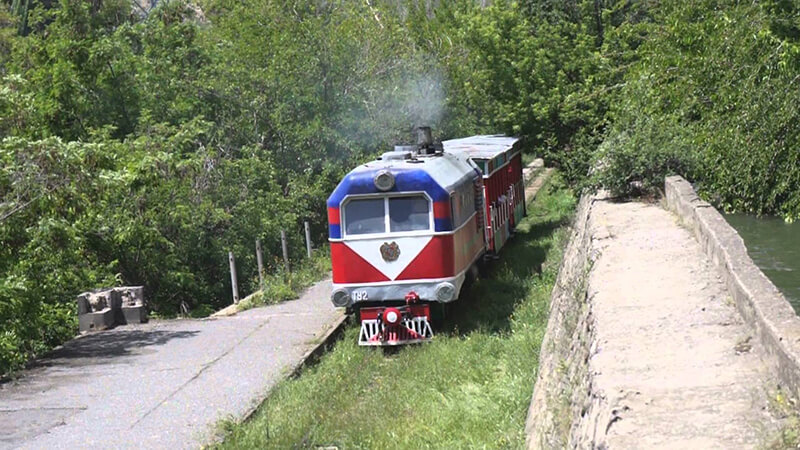 The Children’s railway includes two stations: “Hayrenik” (Motherland) which was initially called “Paros” (Lighthouse), and “Pionerakan” (Pioneer). The second platform is called “Uraxutyun” (joy). The territory of the railway includes a tunnel of 45 meters as well.

Another two huge tunnels connect the park to the centre of the city. Now one of the tunnels is abandoned and the other needs some repairing. However, it still looks very attractive due to its unique structure. The tunnel is enlightened with warm orange colour lights.

At the entrance of the tunnels, you can see a huge sculpture of a panther on the rock. There are also several water fountains named after the heroes of the USSR in front of the park. 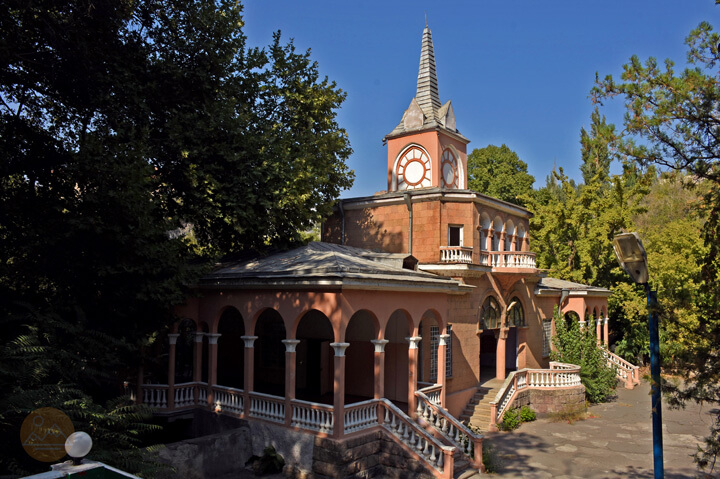 Currently, Yerevan Children’s Railway has a locomotive with two passenger coaches. The stations “Hayrenik” and “Pioneer” are working. “Urakhutyun” station is no longer active.

The children's railway is open during the warm season of the year, from May to the end of October. It is especially crowded on weekends. The railway works every day from 11 AM until the evening. The ticket price of the train is 300 AMD. 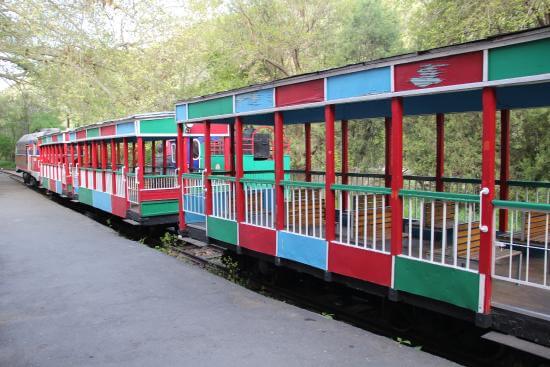 Children adore this attraction but you also may enjoy your trip by train in the Hrazdan Gorge alongside the river. There are also cafes and other attractions for kids in the park. Here you can have hours of fun together with your children. It is also one of the favourite places for romantic couples.

What To Do in Yerevan Children’s Railway

Another thing to do in Yerevan Children’s Railway park is to walk around. This park is considered to be one of the quietest parks in Yerevan. Here you may walk around the gorge and enjoy your time in nature. 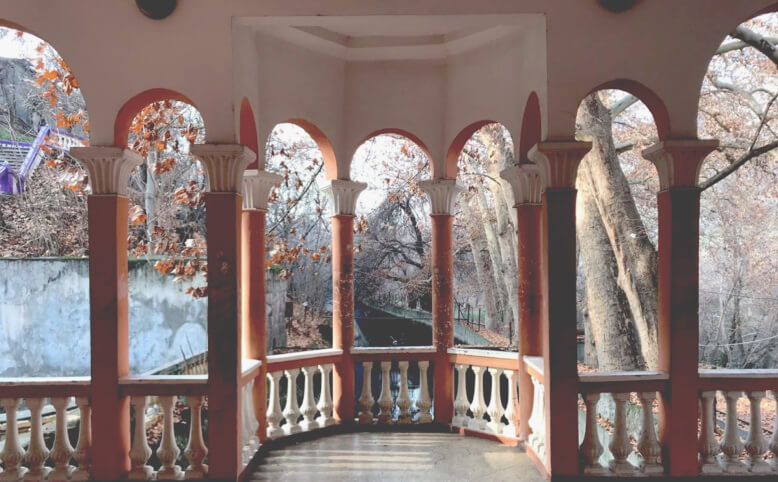 The Hrazdan River and the gorge impart some wildness to the environment and provide a perfect atmosphere for real relaxation. And there is even more. You can organize a picnic on the bank of the river, swim in the river and enjoy your time.

Being situated only 20 minutes’ walk from the city centre, the park is nevertheless completely isolated from noisy city life. You can escape everyday worries, stroll in the park and enjoy the relaxing sound of the river.

The Location of The Yerevan Children’s Railway

The railway is located in the Hrazdan gorge. You may reach there through the tunnel the entrance of which is a few meters from the Mesrop Mashtots Avenue. 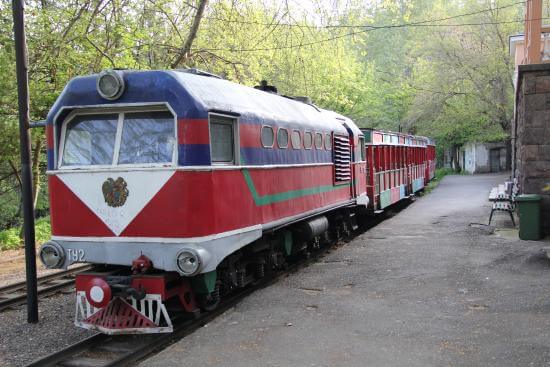 Being located at the heart of the capital, the railway is far away from the busy and noisy streets.  The tunnel is a dividing line between the city and the park. When you cross the tunnel which is only 400 meters long you seem to appear in the countryside.

Whether you think about having a picnic, placing the best square trampolines for children, having some fun, walking, or just breathing fresh air, this place is a good fit for you.

The Yerevan Children’s Railway is one of the attractive places in Yerevan that you shouldn’t miss. It’s a mixture of the old and new because it’s an old construction in a new environment. Don’t hesitate to spend a day or a couple of hours in this beautiful place. After all, this is one of the pastime options that offers the wonderful city of Yerevan. Believe me, you will surely enjoy this "flight" through time. And it will create happy childhood memories for your children.