I won’t surprise you if I say that Armenia is a mountainous country. When I say Armenia you should imagine a small yet picturesque and valuable mountain in our great world. The Armenian Highland is covered by mountains of different heights and unique fauna and flora.

If you are in Armenia be sure that there is always a mountain to climb and another new mountain to discover. It’s hard to differentiate between the Armenian mountains cause each one has something unique: a picturesque view, rich flora, extraordinary fauna, etc. However, for this time, let’s discover some of the most famous mountains in Armenia.

What Are The Mountains in Armenia

Factually, the Mount Ararat isn’t located in the territory of current Armenia. Yet, once it was the highest peak in historical Armenia (5165 meters). If you have ever wondered about what mountain did Noah land on, then here is your answer. Ararat is the biblical mountain where Noah’s ark landed. 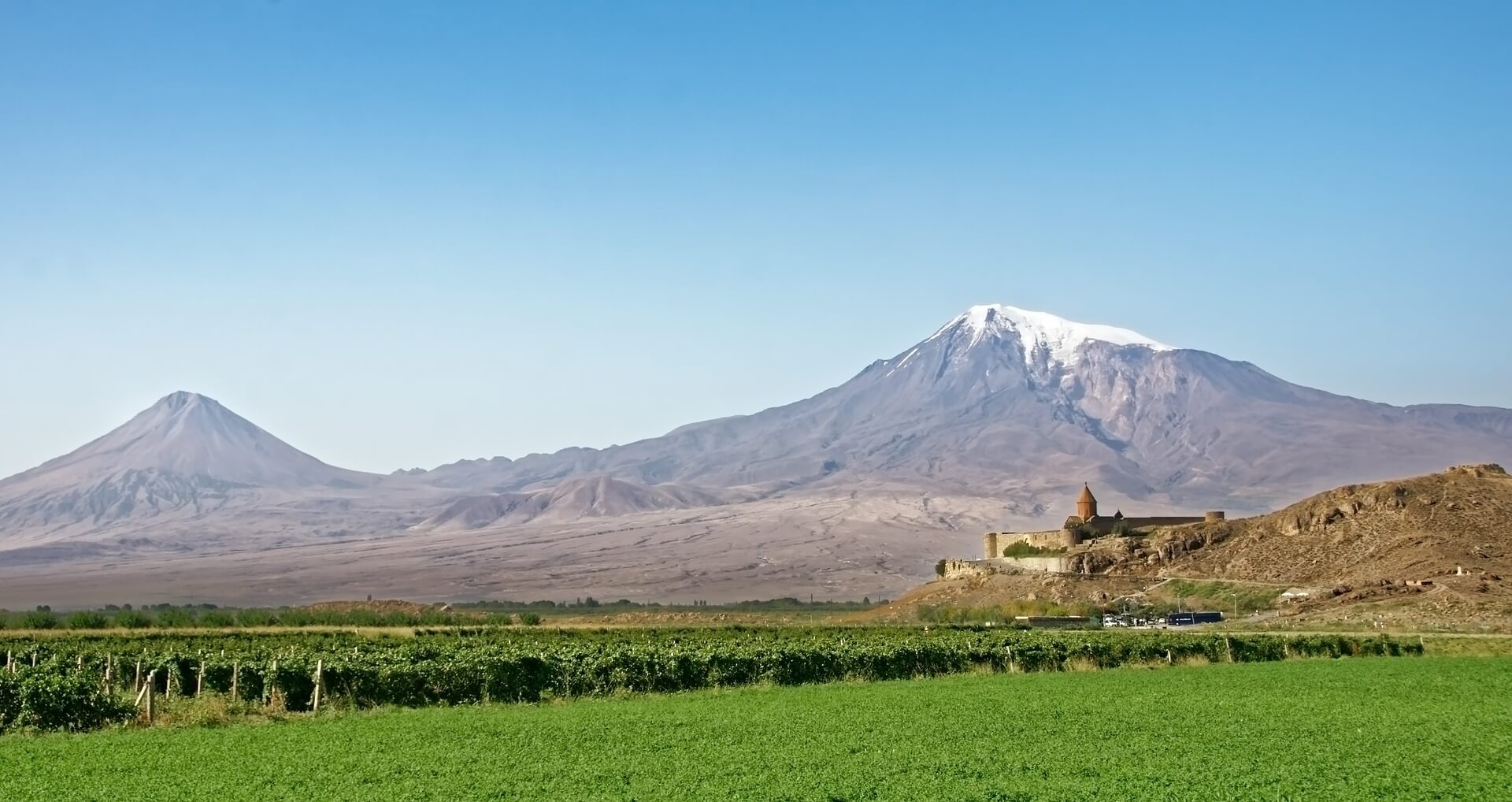 The mount Ararat is one of the symbols of Armenia. That’s why when somebody asks an Armenian what are the mountains in Armenia, the first one they mention is Ararat. Noah’s place has had an essential value in Armenian history.

This holy mountain is also called Masis. It consists of two cones: Greater Ararat/Masis (5165 m.) and Little Ararat/Sis (3896 m.). These names are very often used by Armenians. There are many places, companies and even people called Ararat, Masis, Sis. Some examples are the Ararat Province and one of its urban municipal communities - Masis, the city Ararat, Brandy Ararat, football club Ararat Armenia, and yet, Ararat and Masis are famous male names.

As a rule, the peak of the mountain is covered with snow all year long. The clouds and fog surround the mountain. Although, in clear weather, you may enjoy the breathtaking view of the mountain from Yerevan, and especially from the Ararat province. There are many songs and poems related to this mountain. Armenians believe that one day Ararat will be in the district of the country. 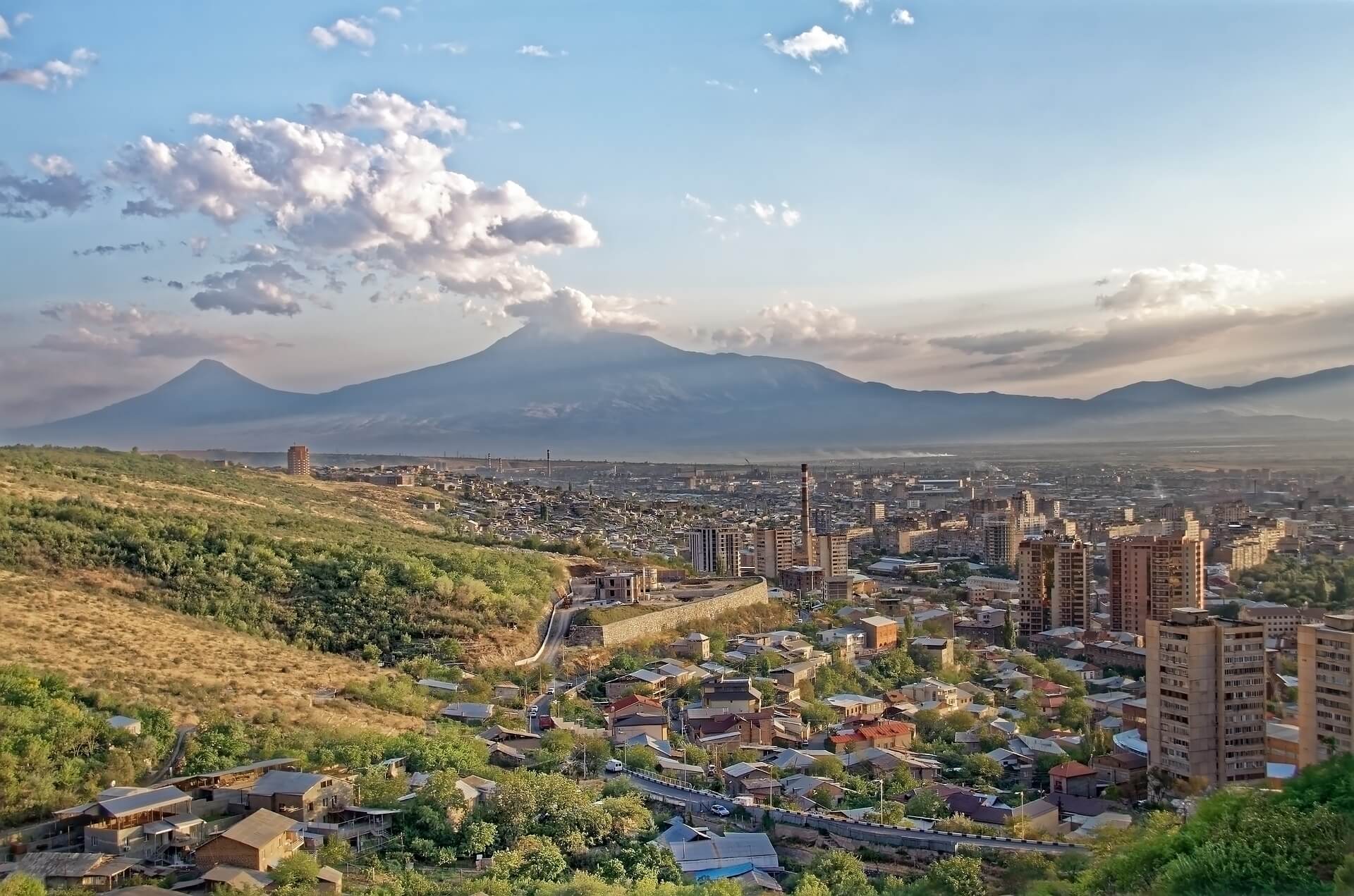 In the territory of current Armenia Mount Aragats is the highest peak (4.095 meters). This mountain is a four-peaked volcano massif - one of the most famous mountains in Asia. The highest peak of Armenia is situated in Aragatsotn province. The mountain is surrounded by the Kasagh river on the east, Akhuryan river on the west, Ararat plain on the south, and Shirak plain on the north.

There is an interesting story related to the name of the mountain. According to a tradition, the name Aragats means “Ara’s throne” (Aragats - “Ara”, “gah”- throne from Armenian). Ara was the Armenian legendary hero Ara The Beautiful. 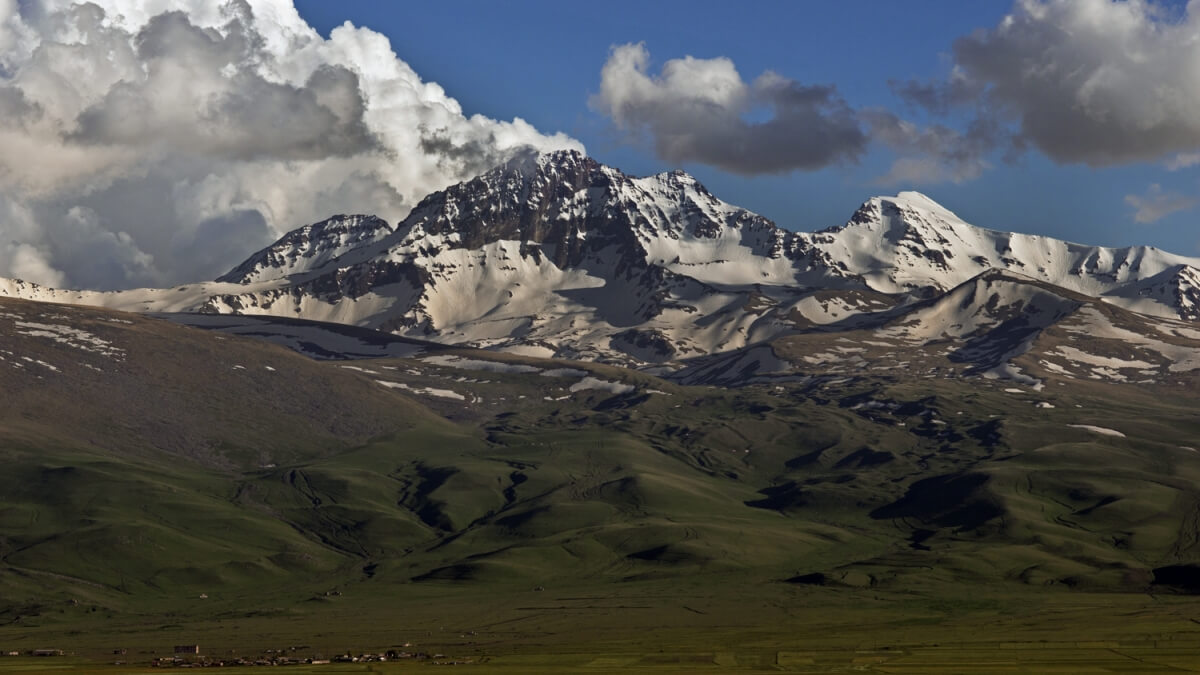 It is easy to do a day trip from Yerevan to the highest peak of Armenia. The road takes you up to Lake Kari, one of the few lakes in Armenia. Some part of the way is possible to pass by car. From the car park, it requires some 8 kilometers vertical climb to the summit of North Peak, which is the highest of all the four summits. However, more often people hike to the South summit. It is a relatively easy hike.

The peak that you reach first is called the “Fake summit”. Most people don’t continue the hike from this peak. While there's a narrow trail which leads you to the “True summit”. If you are okay with heights, you can easily go there. Let’s have a lovely hike tour to the summit and down.

The mount Azhdahak is a volcano in the Gegharkunik province, Armenia. It is the highest peak (3.597 meters) of the Geghama mountains. In the crater of the volcano, there is a lake - lake Akna. The water of the lake comes from melting snow. 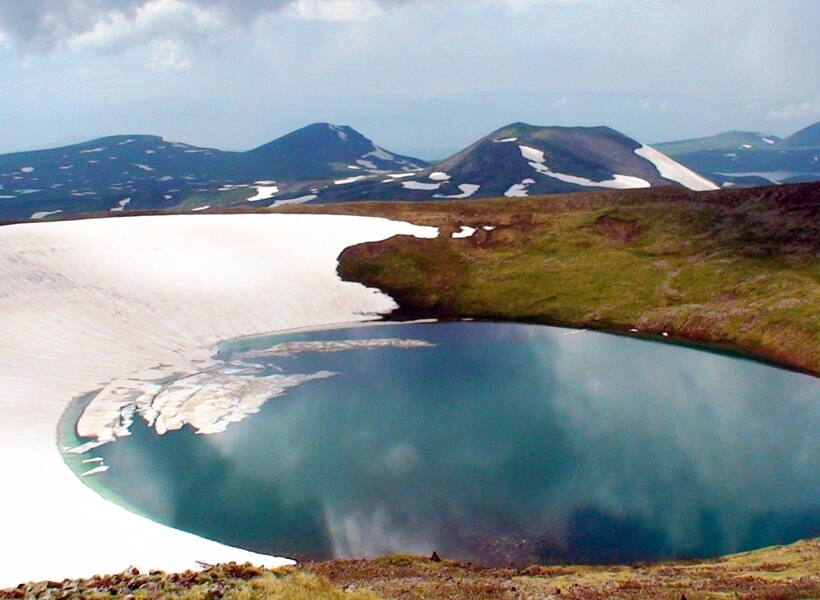 If you are fond of hiking then Azhdahak is a great choice for you. From the peak, you enjoy an attractive view. But sometimes the weather conditions prevent you. From time to time there is lightning, thunder, snow, and fog with low visibility. So, you should consider the factor of the weather.

Khustup is the highest summit (3.206 meters) of the Katar mountains. It’s located in the Syunik province, to the South of the town Kapan. The Voghji and the Tsav rivers start from the slopes of mount Khustup.

On the one side, the mountain is covered with forest, on the other - alpine meadows. This peak has also a historical value. The Armenian national hero and military leader Garegin Nzhdeh is buried on the slopes of the mount Khustup.

The mountain Armaghan (2.829 meters) is situated in the Gegharkunik province. Like tho mount Azhdahak, this is one of the peaks of the Geghama mountains. These two mountains have much in common. Both have lakes on the craters. The small lake in the crater of Armaghan is surrounded by alpine vegetation. 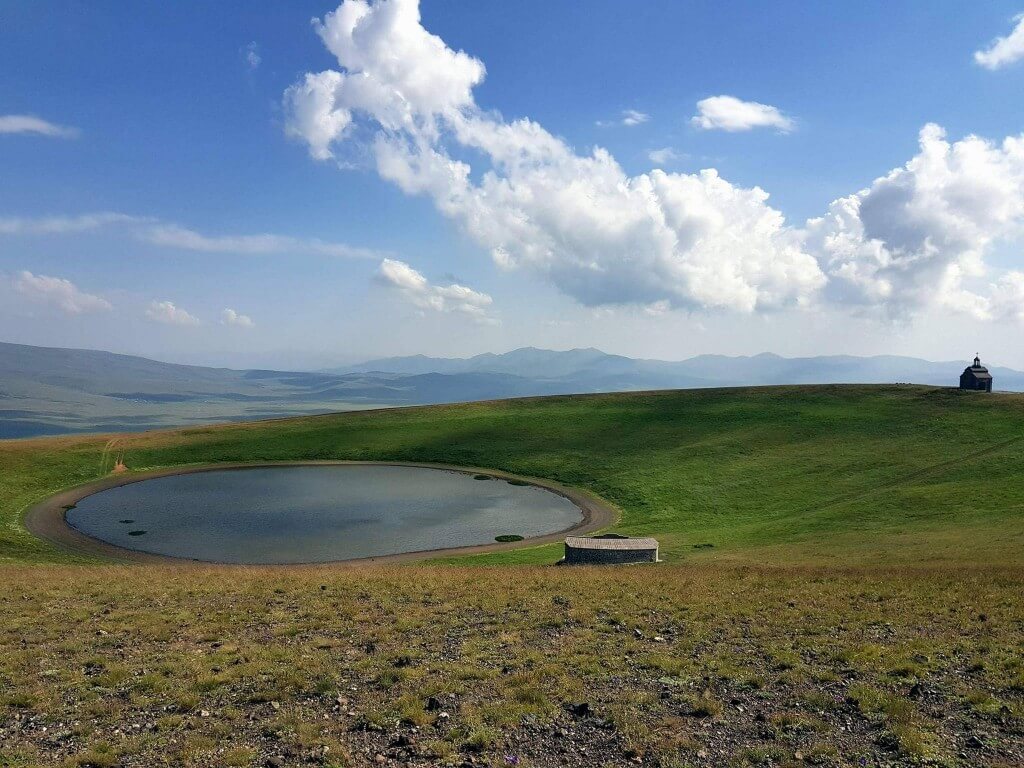 It isn’t possible to find much information connected to this mountain. And sometimes it sounds perfect. You have a great chance to explore the extraordinary. The only thing accepted is that it isn’t easy to climb this mountain. Therefore, you will undoubtedly enjoy the charming landscape and your trip from the peak.

The mount Ara (2.614 meters) is located in the Kotayk province. There is a church situated on the slope of this mountain. It is Gharghavank - a ruined Armenian Apostolic church. Below the mountain the town Yeghvard is located. 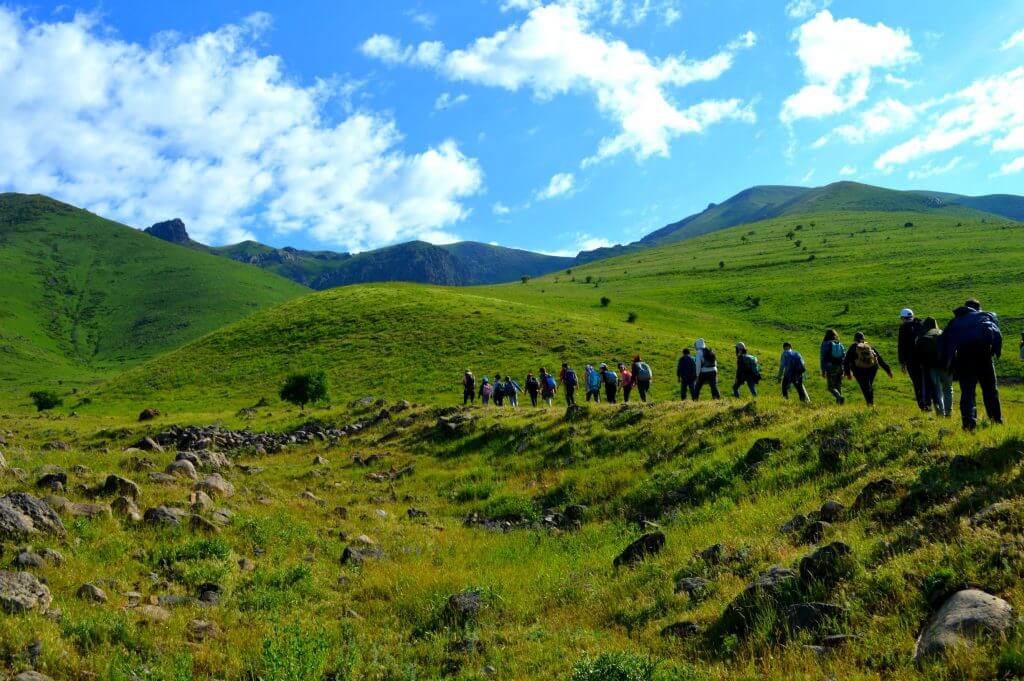 There is a charming mountain range in the Syunik province. The range is known as Ishkhanasar. It is famous for its two summits - the Greater/Grand Ishkhanasar (3.552 meters) and the Small/Lesser Ishkhanasar. 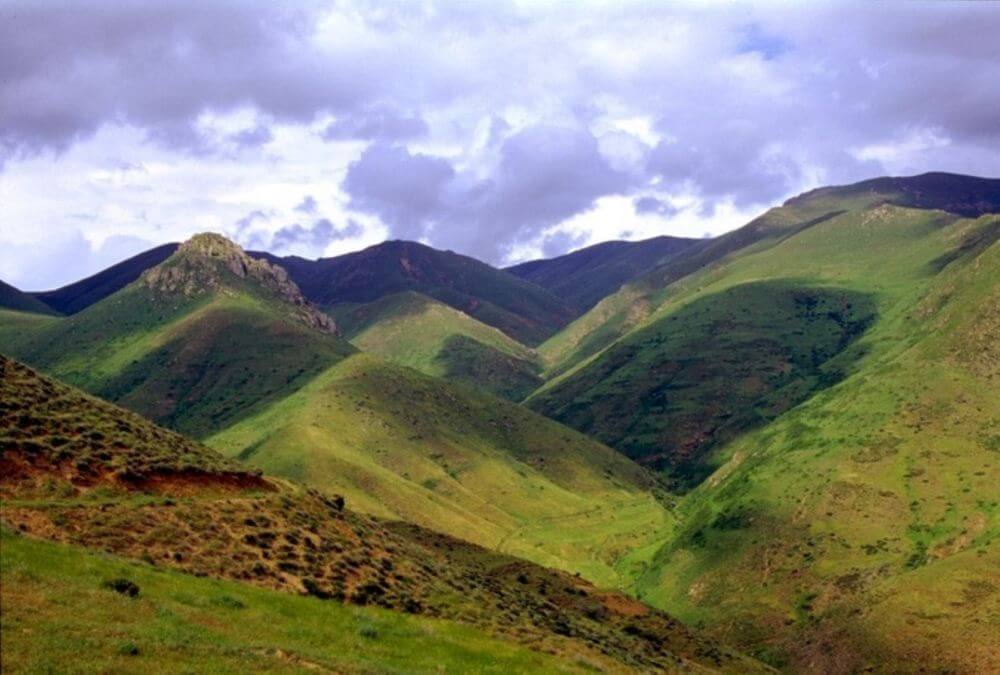 The name of the mountain is defined as a “Prince’s mountain” (“Ishkhan” - prince, and “sar” - mountain). This is a favorite place for climbing and hiking lovers.

Ughtasar is another picturesque mountain (3.500 meters) in the Syunik Region. There is an interesting story connected to the name of the mountain. Some people say that the name means a “Camel’s mount” while others believe it means a “Mount of pilgrimage”. You may think these names have nothing in common, but the main idea comes from the word “ught” which may refer to two different words in Armenian 9ուղտ, ուխտ)․ One of these words means “camel” the other means “pilgrimage”. 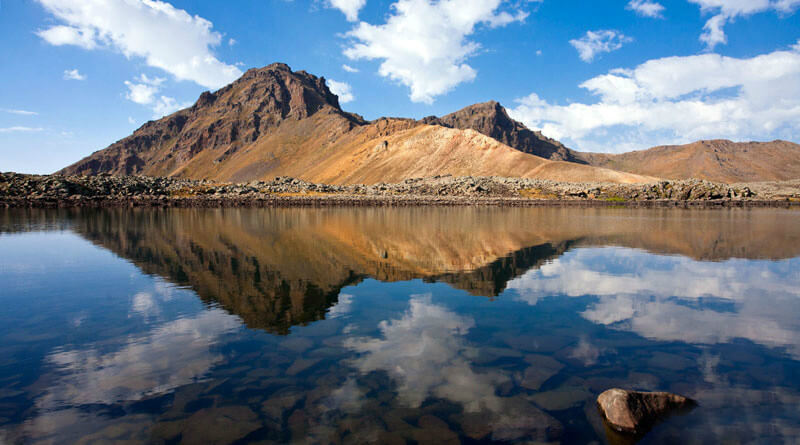 The mountain is situated near the city of Sisian. Not everybody knows that some petroglyphs are found in the mount. These are rock-carvings known as Ughtasar petroglyphs. Some experts believe that these petroglyphs date back to the Paleolithic period (12.000 BCE).

Are you fond of exploring nature, discovering ancient findings and enjoying your trip? What do you think about having a hiking tour up to the Ughtasar mountain?

Now you are familiar with some of the mountains of Armenia. You are welcome to have a fascinating trip into the Armenian wild mountains. Without any doubt, you’ll have an extraordinary experience.