He is considered to be one of the most famous Armenians throughout all the time. Mher Mkrtchyan was an Armenian stage and movie actor who is better known in public by the name Frunzik. 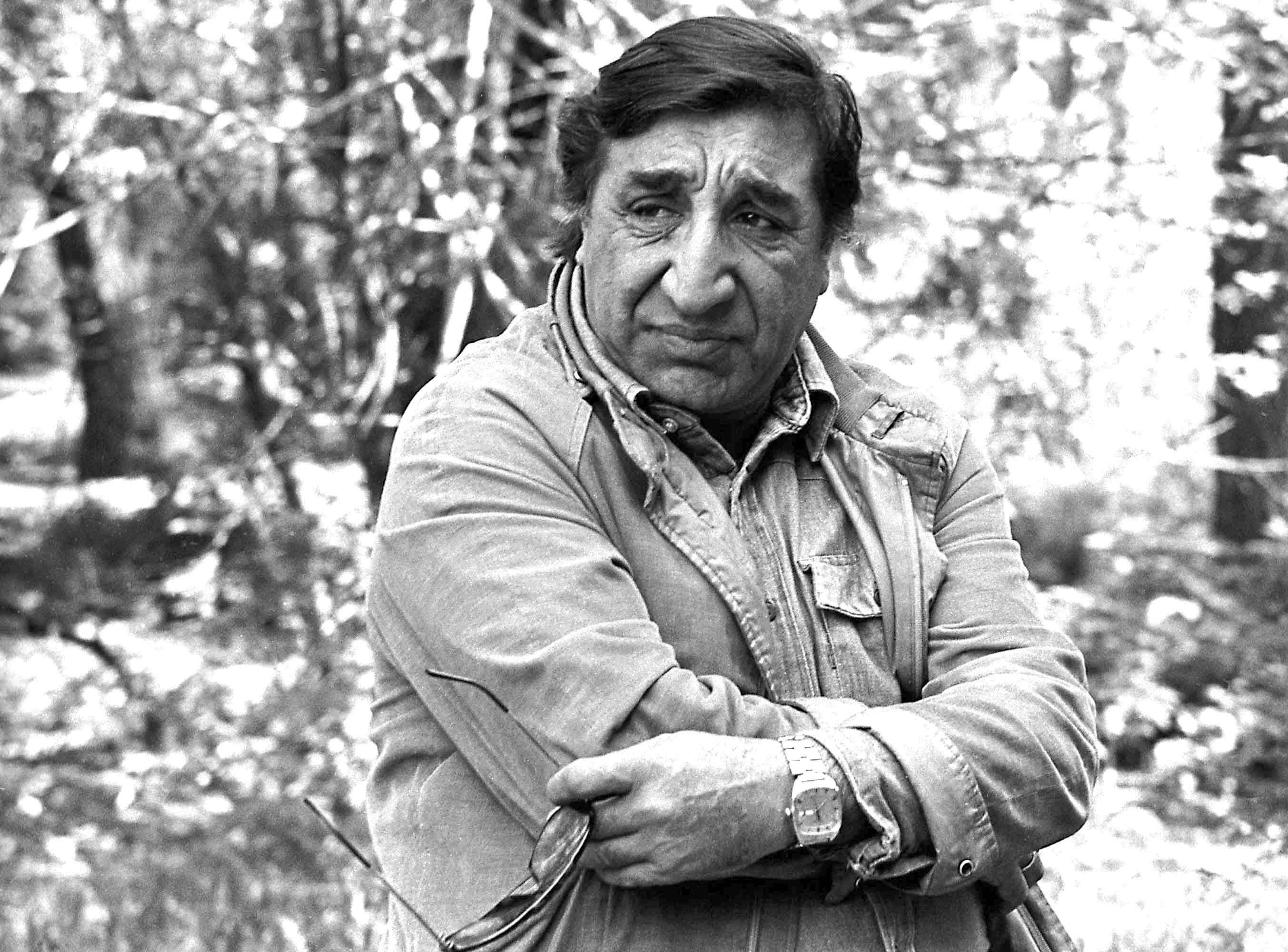 He was born in 1930 in Leninakan (now Gyumri). Both of his parents were orphan survivors of the Armenian genocide. Mher was the eldest among their four children: two sons and two daughters. Mher Mkrtchyan’s life wasn’t easy. He had a hard childhood because he had to work from an early age. People say that his childhood dream was to have a bicycle which had never come true.

At the age of 17, Frunzik Mkrtchyan studied in the Leninakan Art College and Theatre Studio. However, in 1953 he left Gyumri for Yerevan to continue his education in Yerevan State Institute of Fine Arts and Theatre. Although his family was against his specialty as an actor, later he performed in the Sundukyan Drama Theatre in Yerevan.

Since the 1960’s Mher Mkrtchyan performed in films that later became the classics of both the Armenian and the Soviet cinema. 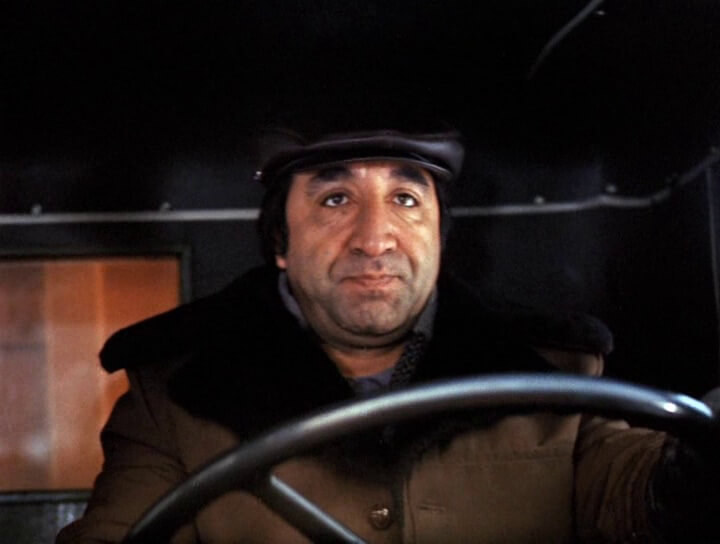 People regardless of the age distinction, like the movies where Frunzik acts. Probably, Mher Mkrtchyan’s humor was the key to his success. Even though many years have passed, his humor is still alive in the films and it still matters. People like to use the expressions Frunzik says in the films.

Some of his most famous films are Yerankyuni (Triangle), Menq enq mer sarere (We and our mountains), Mer mankutyan tangon (The tango of our childhood), Hin oreri yerge (The song of the old days), Nahapet (Patriarch), Ktor me yerkinq (A piece of sky), and many more. 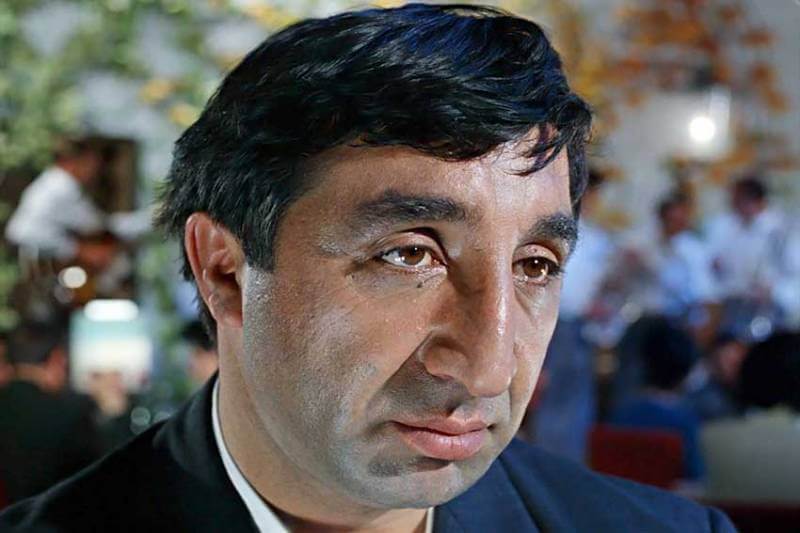 Frunzik Mkrtchyan’s life has much in common with the roles he played in films. One of the films - The Tango of Our Childhood, is especially related to his life. This film was written and directed by his younger brother - Albert Mkrtchyan. The events take place in Gyumri, his hometown.

The plot of the movie covers the conflict between the father and the son. This conflict is over the son’s decision to be an actor. The conflict reflects the same situation in Frunzik’s personal life. As Mkrtchyan’s father, the father in the film was also arrested and sent to the labor camp at the end of the film.

If you walk along the streets of Gyumri you’ll surely pass on the places where the film was shot. The yard where the youngsters are dancing in the very first part of the film has become a unique place for city visitors. Although people live there, you may go into their houses, take photos in the yard.

Another famous place from this film in the city is the balcony. This well-known balcony was Frunzik’s home’s balcony in the film where he plays Ruben. 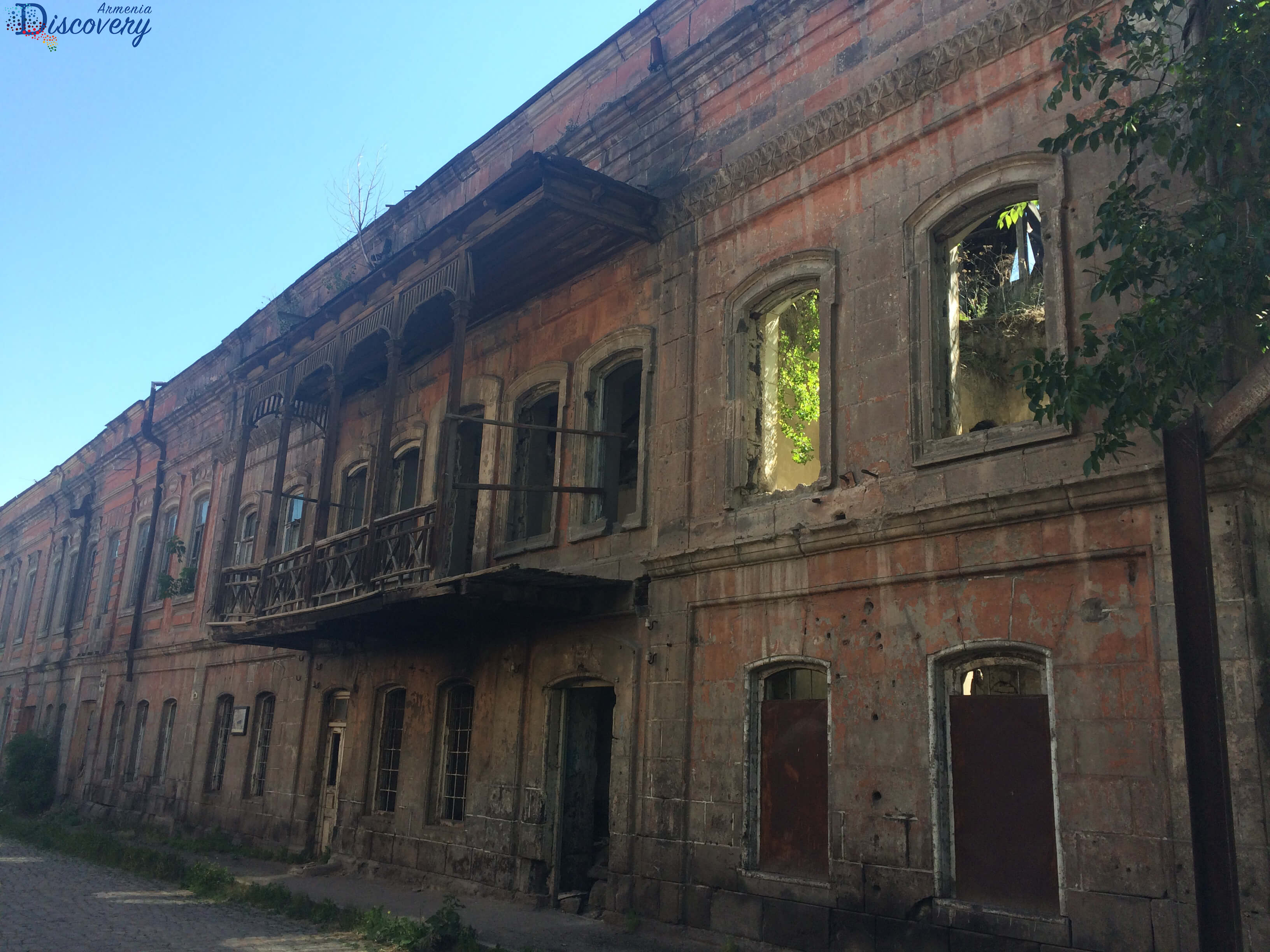 The famous balcony from the film "The tango of our childhood"

There is a funny moment in the film which occurs on the same balcony. Ruben broke up with his wife and passing from the street he called and asked his wife to turn off the light. In contrast, his offended wife said that she should decide what to do. The expression she sounds “Varem, marem, varem, marem” (I should turn on then turn off, turn on then turn off) is well-recognized by every Armenian.

In Gyumri, you may find the museum of Frunzik. This is one of the cultural values and most visited places of interest in the town. So, if you visit Gyumri and still hesitate about where to go choose the Mher Mkrtchyan museum.

This is a two-storied building situated in Varpetats street which was opened in 2004. The museum covers both the life and the activities of the actor. In the entrance, you’ll immediately meet the portrait of the actor. And there are a lot of photos hang on the walls related to the actor and his family. 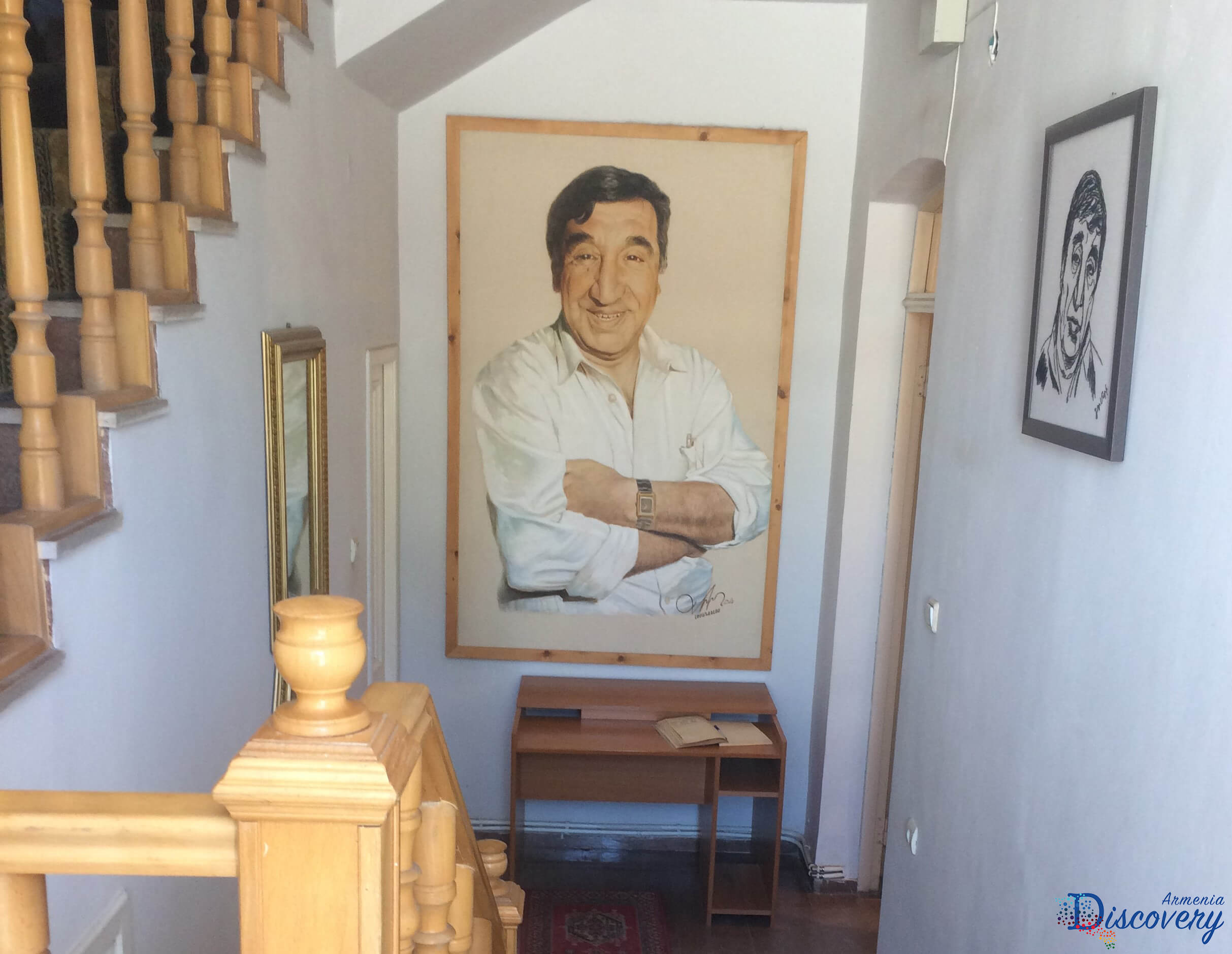 The entrance of Mher Mkrtchyan museum

In the museum, you may find the personal items of Frunzik Mkrtchyan including his bed, telephone, radio, tape-recorder, samovar and other dish services he used, his lamp, and even his toothbrush. Maybe the presence of so many personal items makes everybody think that this is Mher Mkrtchyan House Museum. Actually, he didn’t live in that building.

In Mher Mkrtchyan Museum you may also find some items from his career life. There are many clothes Frunzik wore during the films. And the famous chest of drawers again from the film “The tango of our childhood” is also placed in the museum. 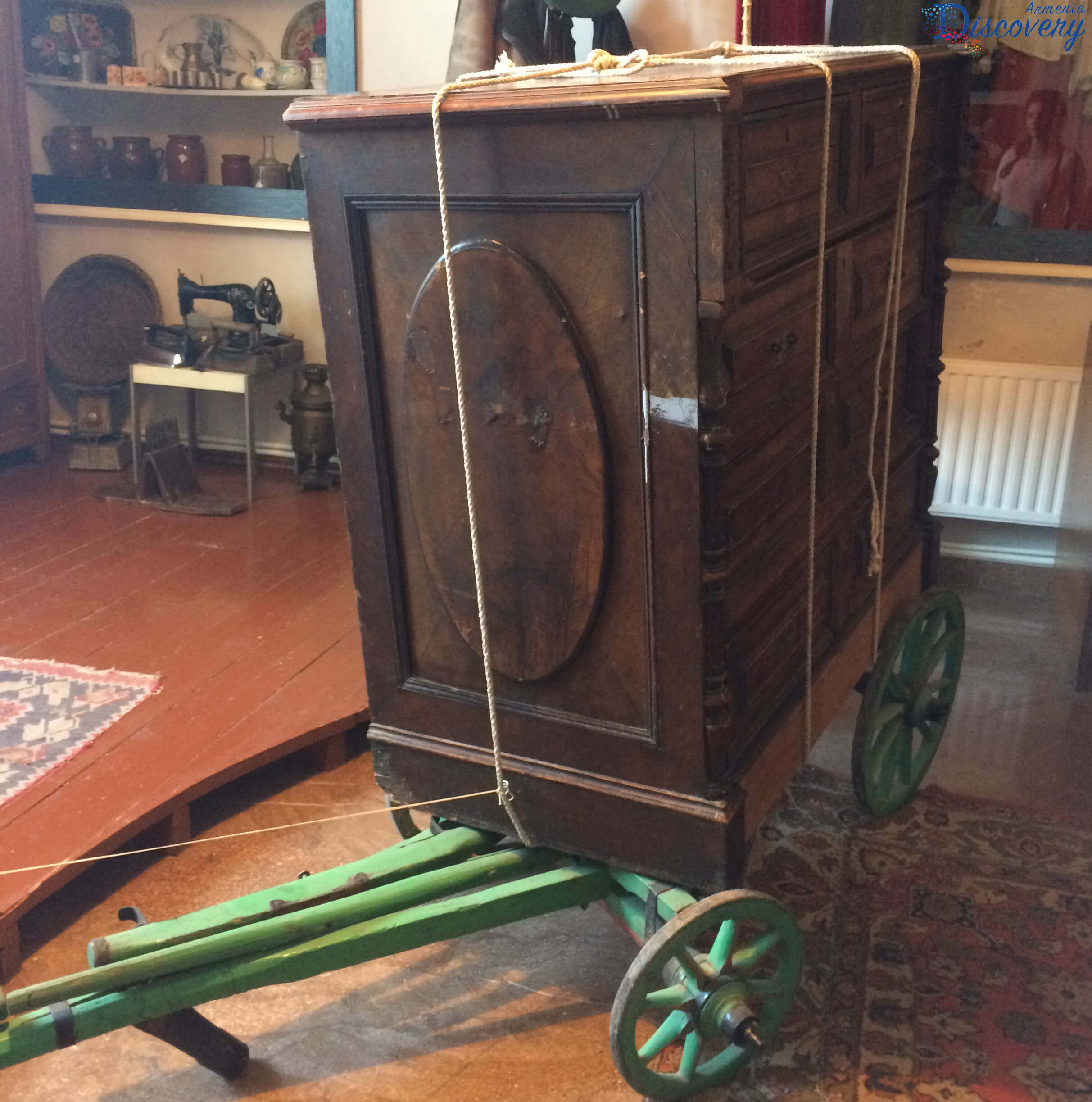 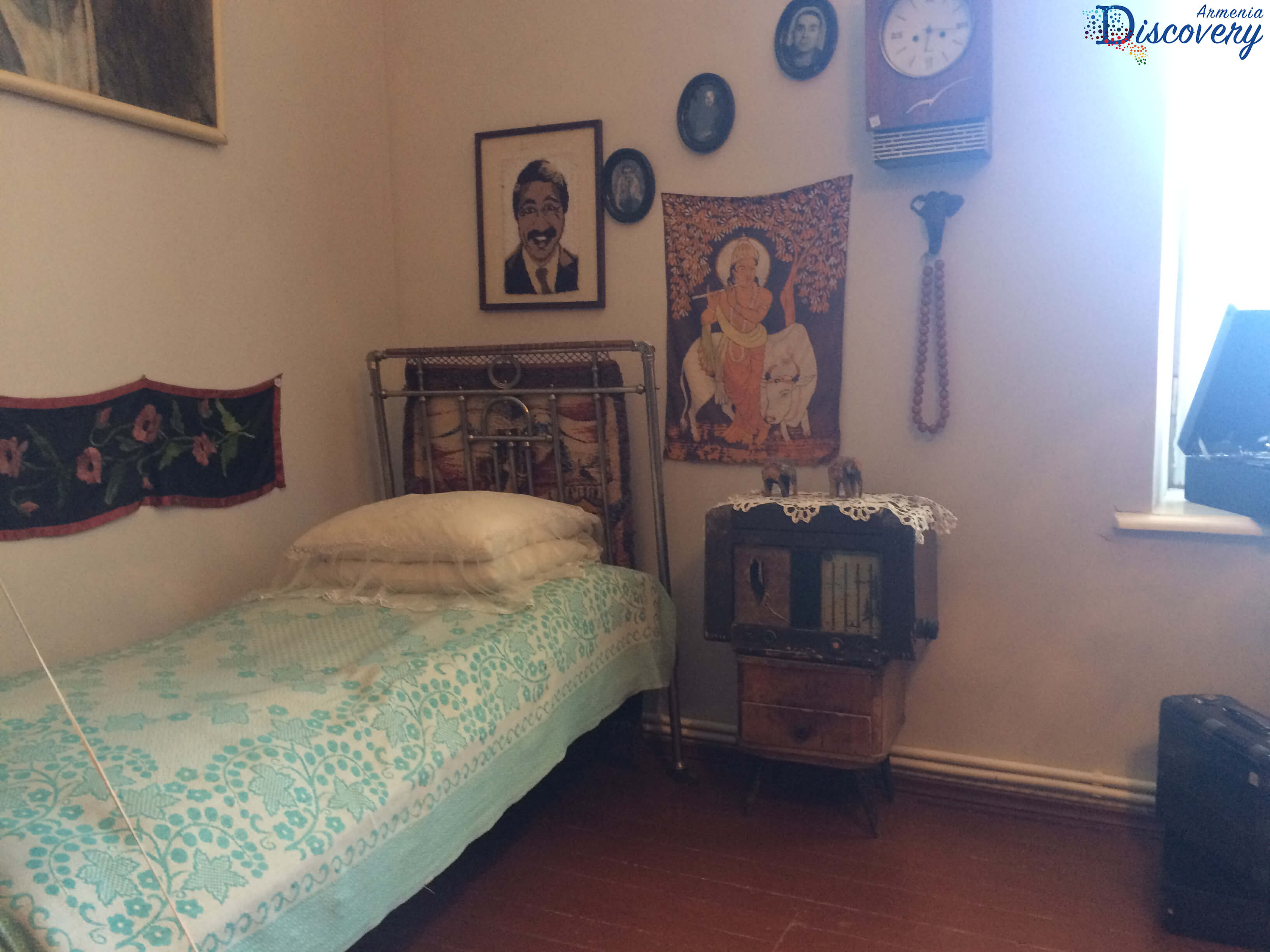 The personal items of Mher Mkrtchyan 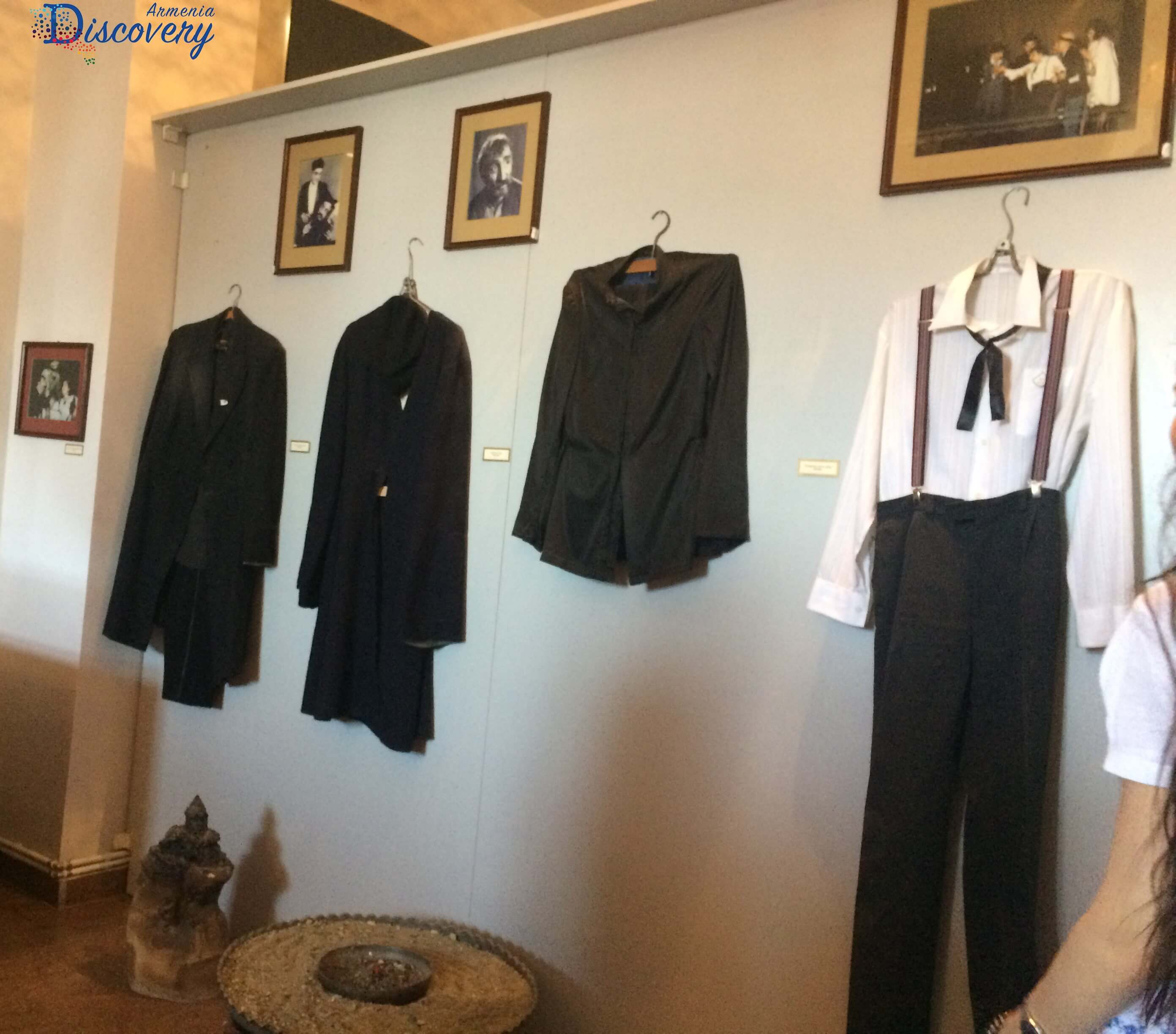 In the central part of Yerevan, The Mher Mkrtchyan Artistic Theatre is located in the Khorenatsi street, near the Municipality of the capital. And there is also the Mher Mkrtchyan street in Yerevan called after the great actor.

Among many famous artists and actors from Gyumri, Frunzik Mkrtchyan’s statue is placed in the large courtyard of the Gyumri Drama Theatre. It’s a very impressive statue. Mher Mkrtchyan is sitting on a chair with a neutral expression of face, but there are two faces of him hang on a wall next to him: one smiling and the other one sad. 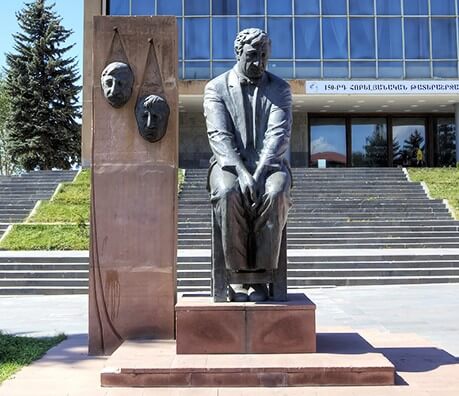 These faces have much to say. It’s all about the actor. He was sad from inside but very humorous on the stage.

For this time, as much about the great Armenian actor.

Can You Travel to the USA With ESTA During the Travel Ban?