I won’t disclose a secret if I say that Armenia is an old country of ancient churches. The Armenian church history goes back to the late 301 when Armenia became the first country to adopt Christianity as a state religion.

We may think that the oldest Christian church in the world should be in Armenia. Since the adoption of the Armenian religion, Armenians introduce their best of church architecture. They created such monasteries that arouse the interest of the visitors and make them appreciate these unique masterpieces which may be considered as the oldest churches in the world.

Other well-known and most visited churches in Armenia are Geghard, Khor Virap, Saghmosavank, Sevanavank, Tatev, and many more. However, today we’ll discover some of the hidden churches of Armenia. These cultural heritages are more attractive and extraordinary. Let’s go!

We may say that Saint Shushanik Monastery is one of the oldest churches in the world. People say that it goes back to the 914-918 and was probably built during the years of Ashot Shapuhyan.

The church is situated near the village Bagaran in the Armavir region, on the right side of Akhuryan - one of the most famous rivers in Armenia. In front of St Shushanik church, another Armenian church rises called St Theodoros. 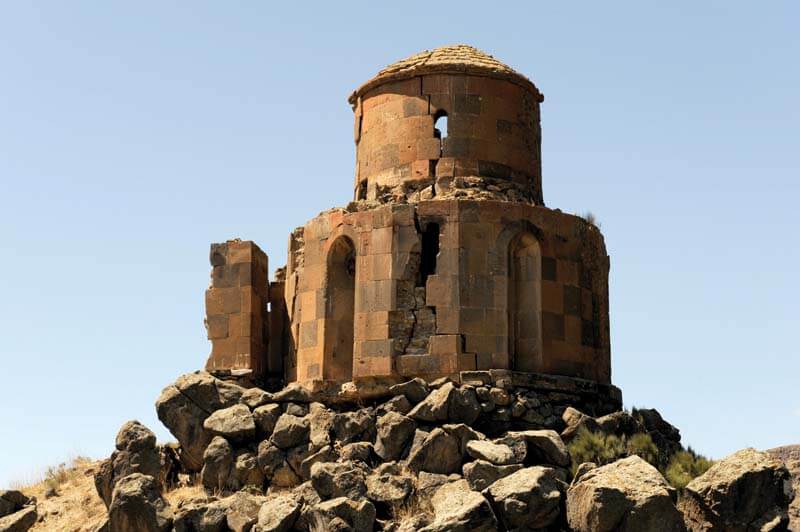 People tell various legends about this beautiful church. According to a legend, Shushanik was the little daughter of Ashot Shapuhyan. Once she got lost while she was walking near the village, and his father built this church probably at the same place where his daughter got lost.

Another legend tells that Shushanik was a woman from Bagaran, who used to be late in the divine liturgy because the churches were far away. Yet, she built this church and named after herself. On the other side, some people believe that Shushanik was the daughter of Vardan Mamikonyan - the Armenian military leader.

The monastery is also known as Shushanavank.

This is one of the unknown Armenian churches. Kaptavanq is an 11-12th-century church in Tavush province situated to the southwest of the village Chinchin. The church is in the heart of Tavush forests in an open area. 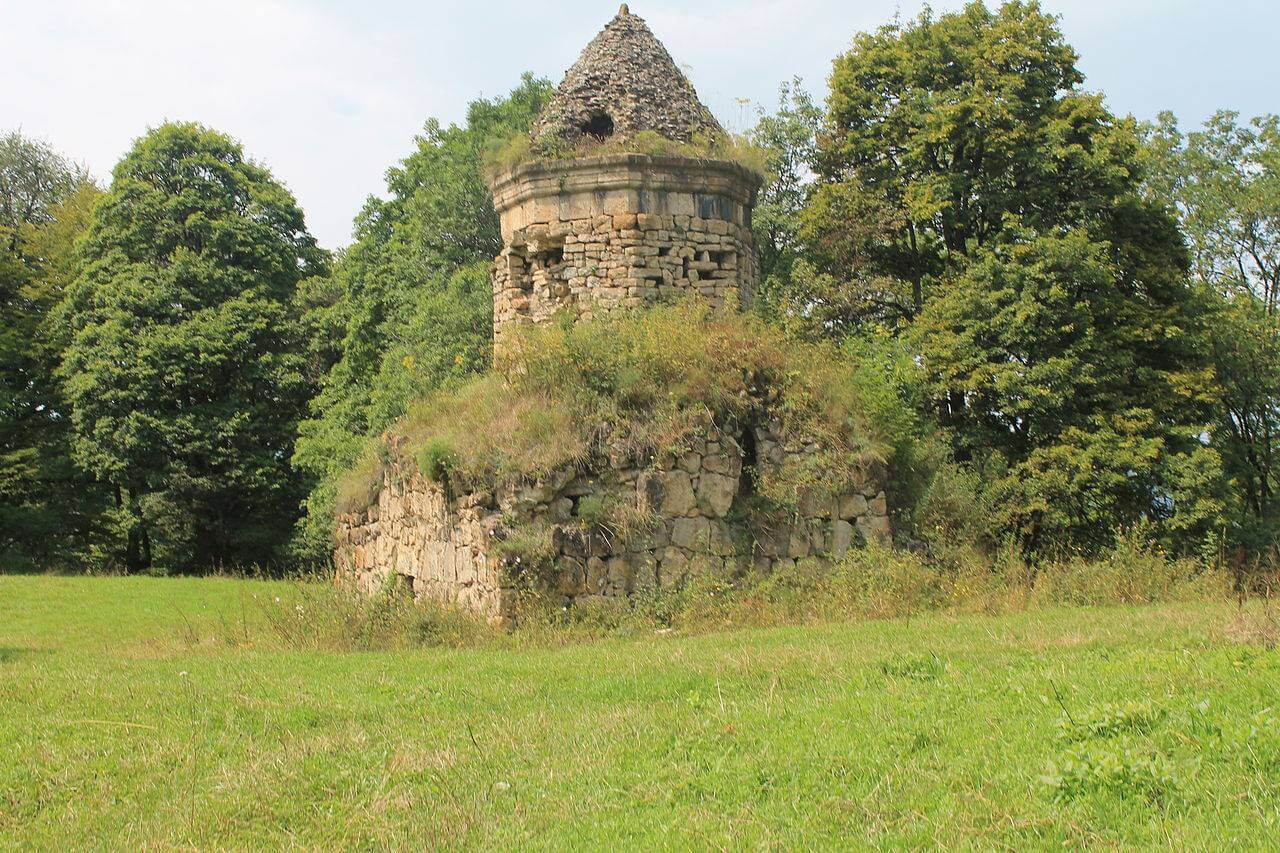 This is a domed building which has a rectangular form from the outside while it has a cross style from the inside. Kaptavanq is made of crude stone which has a blue tone in its color. And here is where the name of the church comes from. The word “Kaptavank” means “blue monastery” from the Armenian.

There is a church situated at the slope of the Armenian highest mount Aragats near the village Aruch (Aragatsotn province). This is the St Gregory Church with unique architecture. People believe that this church was built by an Armenian prince Grigor Mamikonyan and his wife. 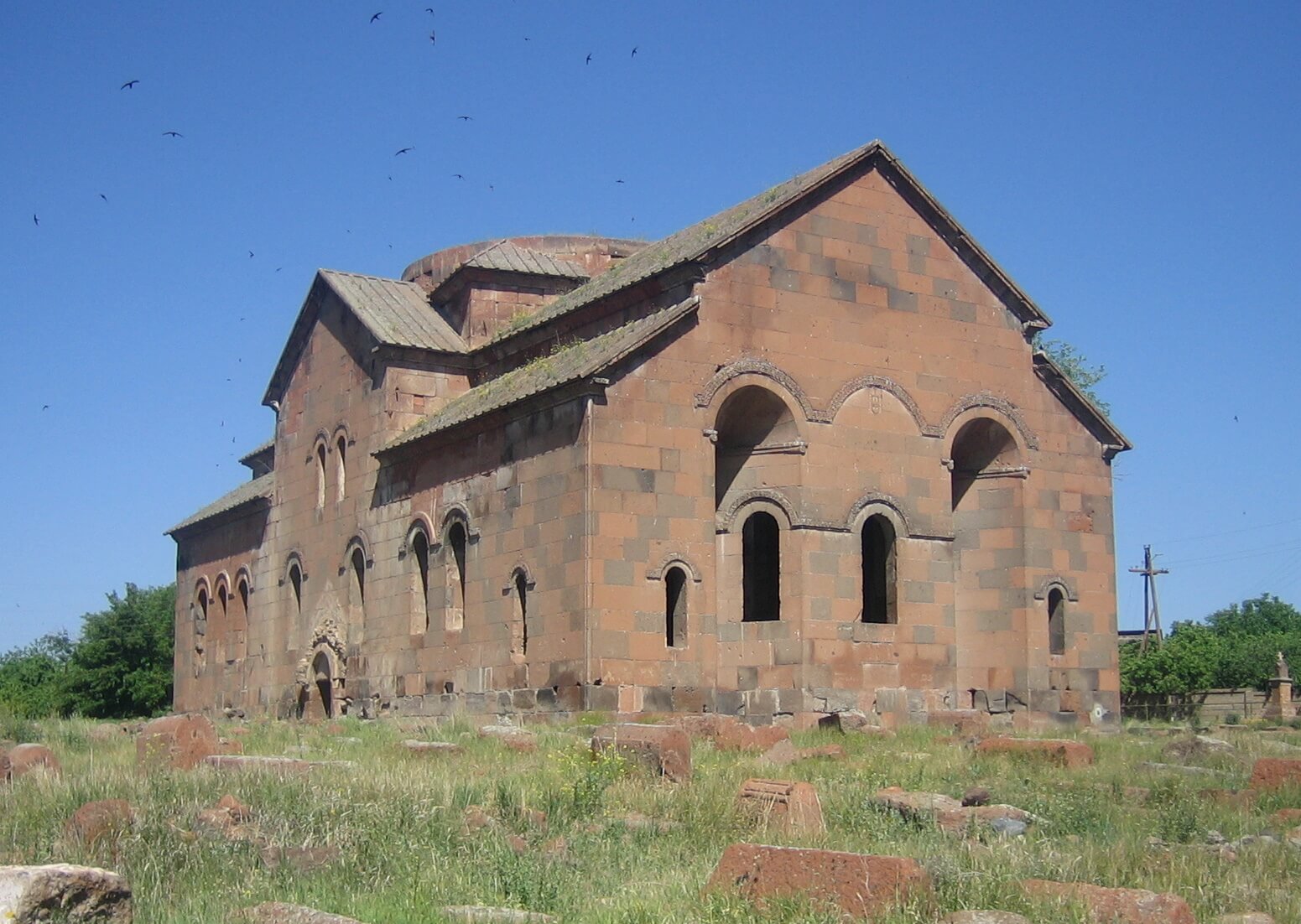 St Gregory was built in 660s and named after Saint Gregory the Illuminator. Due to its location, it’s also known as Aruch church or the church of Aruch. Today this monastery is half ruined. St Gregory Church is considered to be one of the largest historical and cultural monuments of Armenia.

Saint Artavazik lays in a gorge near the village Byurakan (Aragatsotn province). It was built in the 7th century. Red and black tuff stone was used to implement the construction of the monastery. 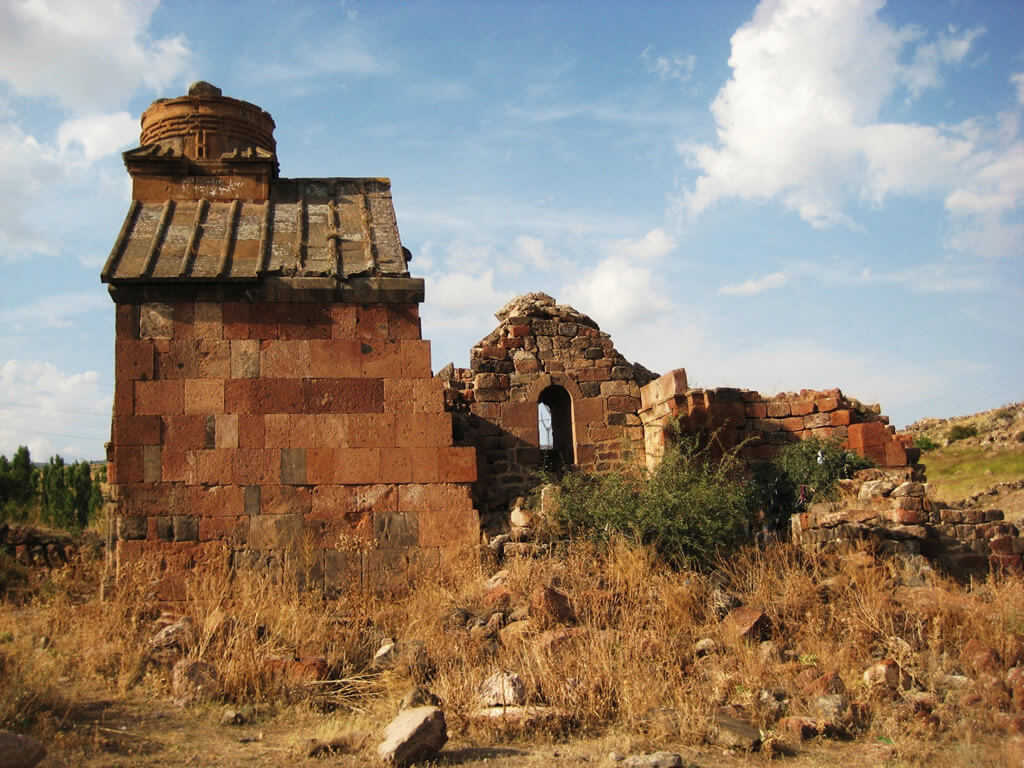 This church included unique architectural solutions, although half of those historical values are missing today as the church is half ruined.

Gtchavank was built in 1248 in Artsakh. Since ancient times, this church has been one of the main historical and cultural centers in the eastern part of the country. The monastic complex covers two churches next to each other. 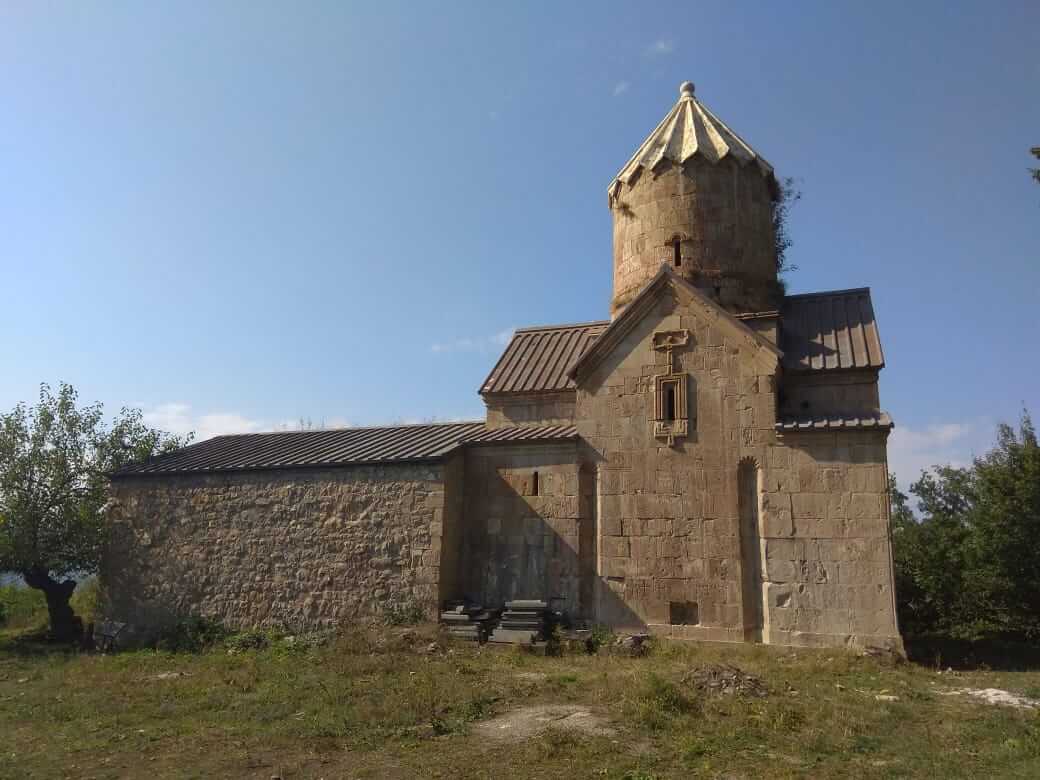 Gtchavank is a medieval monastic complex which is also known as “Gtich vank”.

The Gladzor monastery which is also known as Tanahat and Tanade is situated near the Vernashen village in the Vayots Dzor region. The church was firstly mentioned in 795. The main church of this monastic complex is St Stepanos which was built in 1272-1279 by the Proshyan princes. 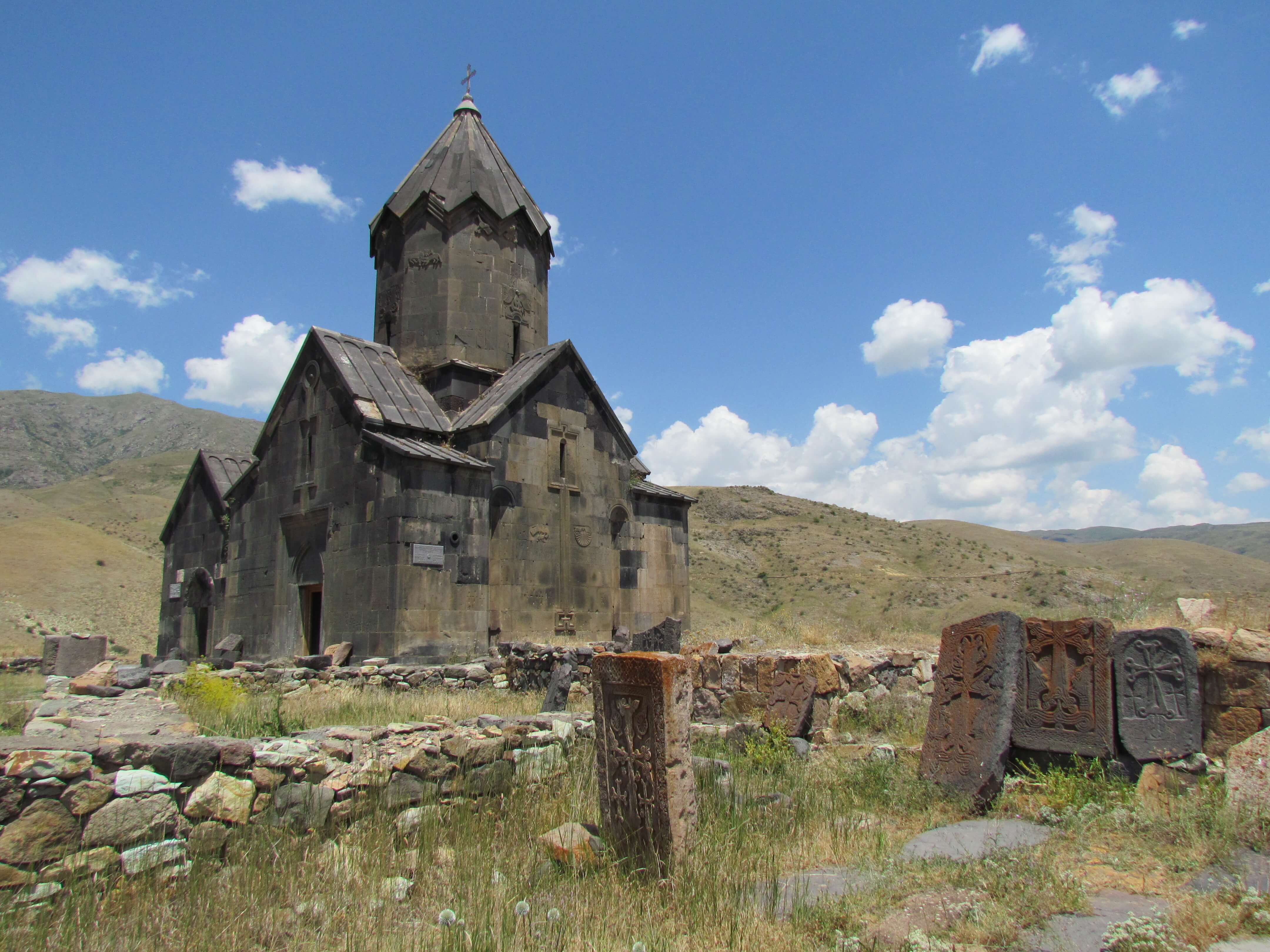 From the north to the St Stepanos church, St Nshan is situated. People say that one of the most essential medieval universities - Gladzor was founded in the territory of the Tanade monastery.

Armenian churches are everywhere. Some of them are highly recognized, others are hidden gems that require a discovery. Have you ever wonder what is the first church in the world? I think it’s also in Armenia.