Surely, you’ve heard about the world-famous sight Stonehenge. However, you may be unfamiliar with the fact that there is an Armenian Stonehenge. No, I’m not joking. Want to know more? Let’s uncover some other facts about one of the Armenian mystic sites. 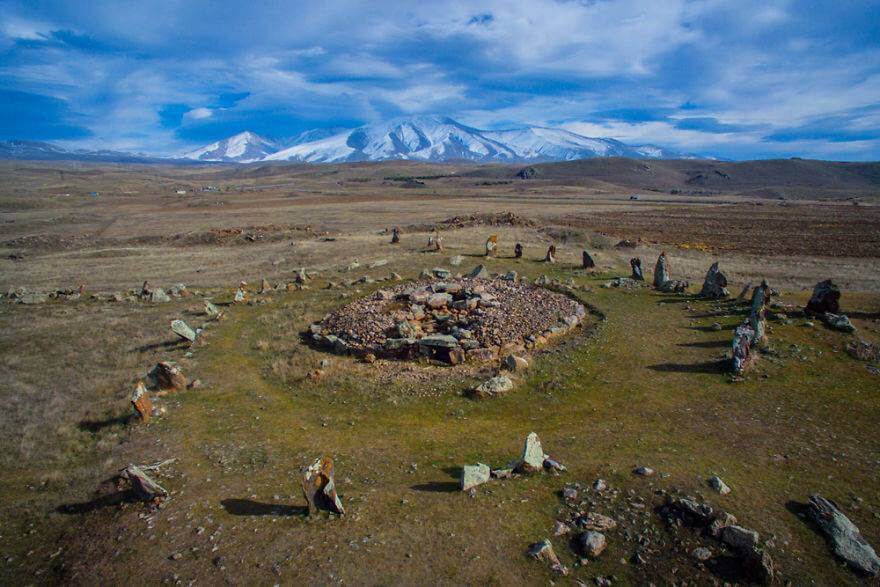 What is Armenian Stonehenge?

The Name of The Armenian Stonehenge

There are many names used for this site. The most famous names are “Zorac Karer” (also spelt as Zorats Karer) which means “Stones warriors”, and “Karahunj” (or “Carahunge,” “Qarahunj”) which is the Armenianized version of the word “Stonehenge.” The word “kar” (“car”, “qar”) means “stone” and “hunge” means “speaking”. So, carahunge means “speaking stones”. 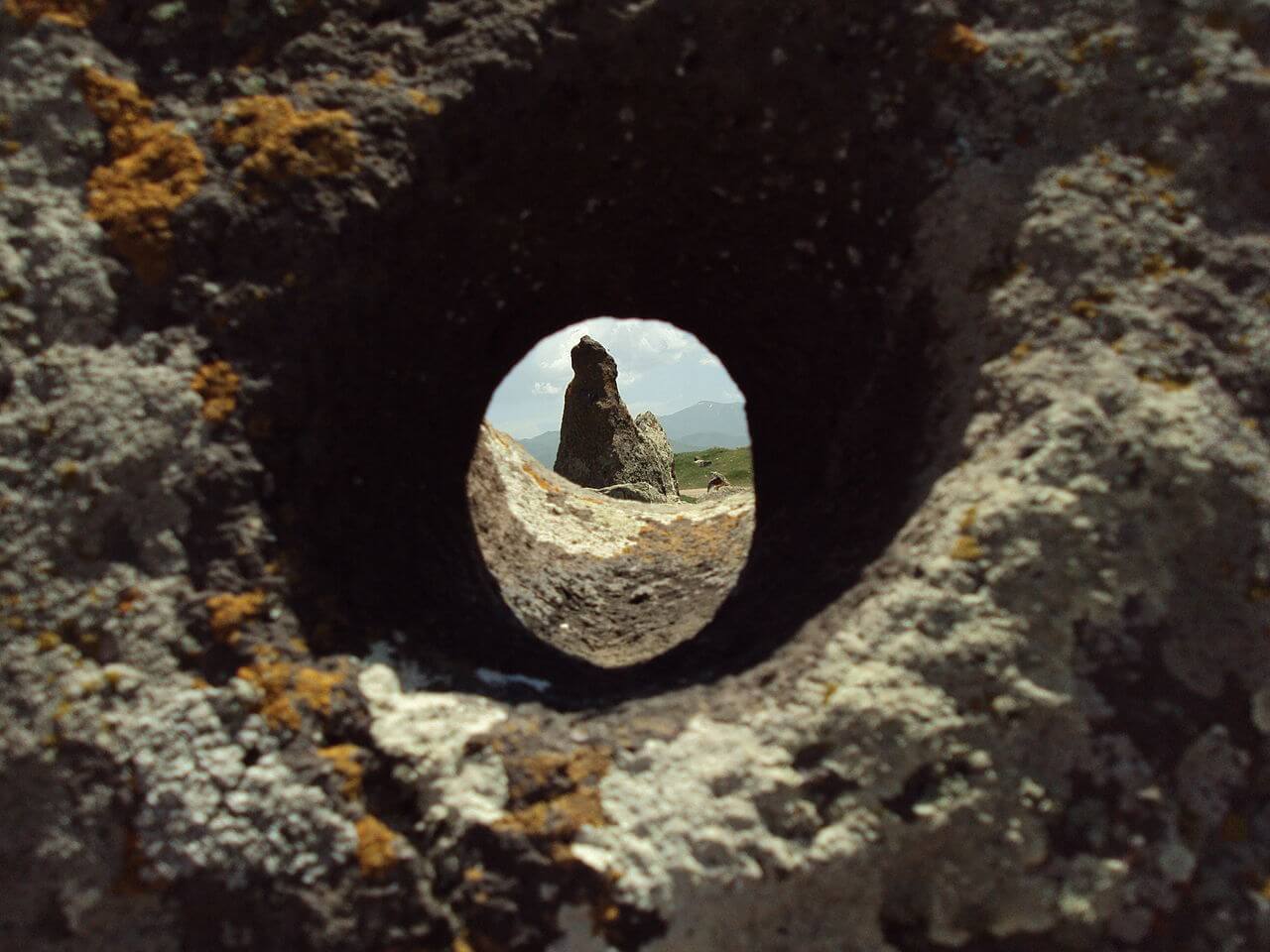 The place is also known as “Carenish” which is translated from Armenian as “signs of stones”, and is a less recognized name. Other names are “Dik-dik Karer” (Դիք-դիք քարեր) and “Tsits Karer” (Ցից քարեր), both of which mean “Vertical Stones”.

A lot of explorations have been implemented throughout the time in Zorats Karer. There are a lot of information pieces related to the age of the monument. As a rule, these points contradict one another. However, the opinion was proved. 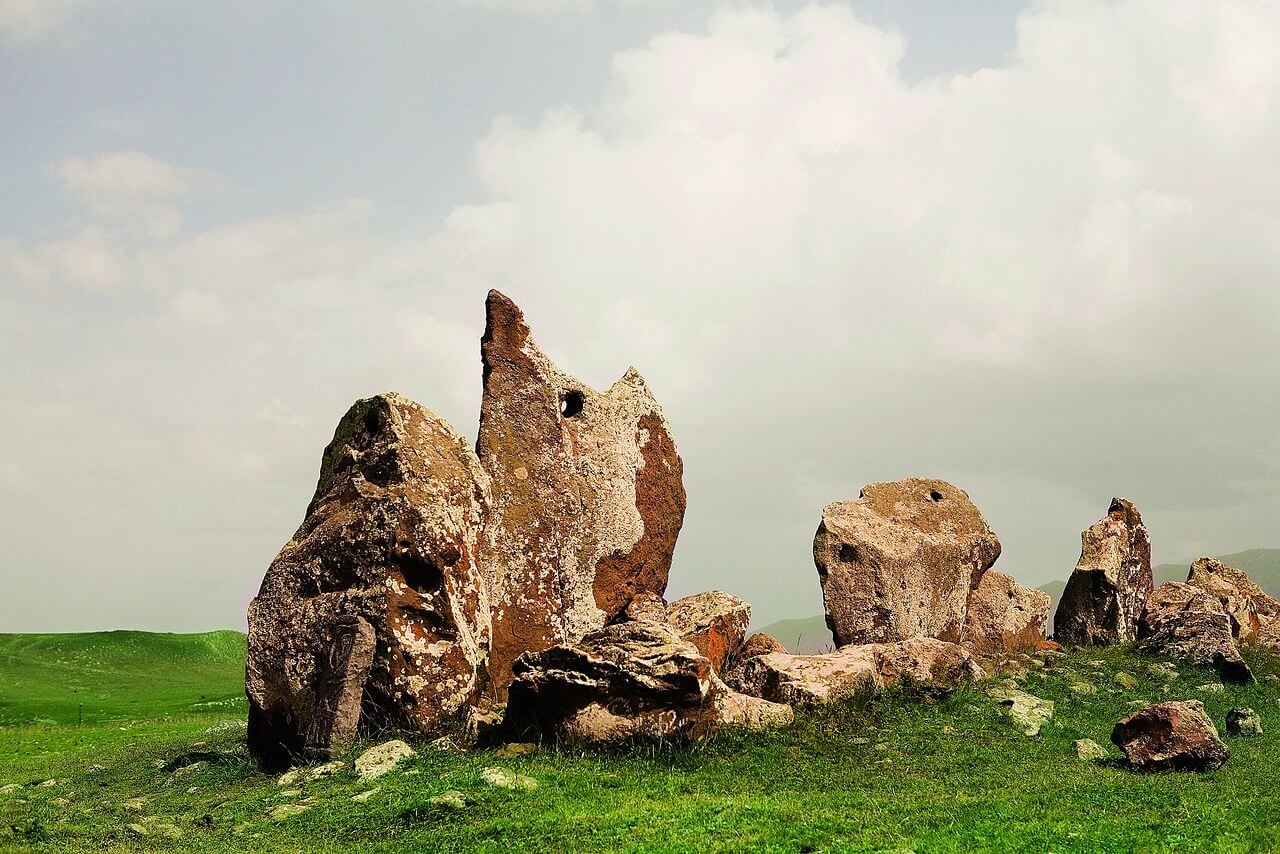 The history of Carahunge dates back for 7.500 years. The area occupies a territory of more than 7 hectares. Since ancient times, a lot of exploration works have been carried out in the territory, and one of the experts claimed that Zorats Karer might be considered as one of the oldest observatories in the world. So, we may think that Karahunj is one of the ancient Armenian symbols.

The Structure and The Truth about Stonehenge (Carahunge)

The Stonehenge astronomy consists of several parts including the central circle, the north arm, the south arm, North-East (N-E) alley, the chord (which crosses the circle), as well as some separate standing stones. Altogether, 223 stones are counted in the area of this monument.

There are 40 stones in the central circle of the observatory. It has an oval shape, and the sharp side is directed to the west. In the middle of the circle, there is a mixture of stones. According to some experiments, the natural magnetic lines have a curled shape in the inner part of the central circle. 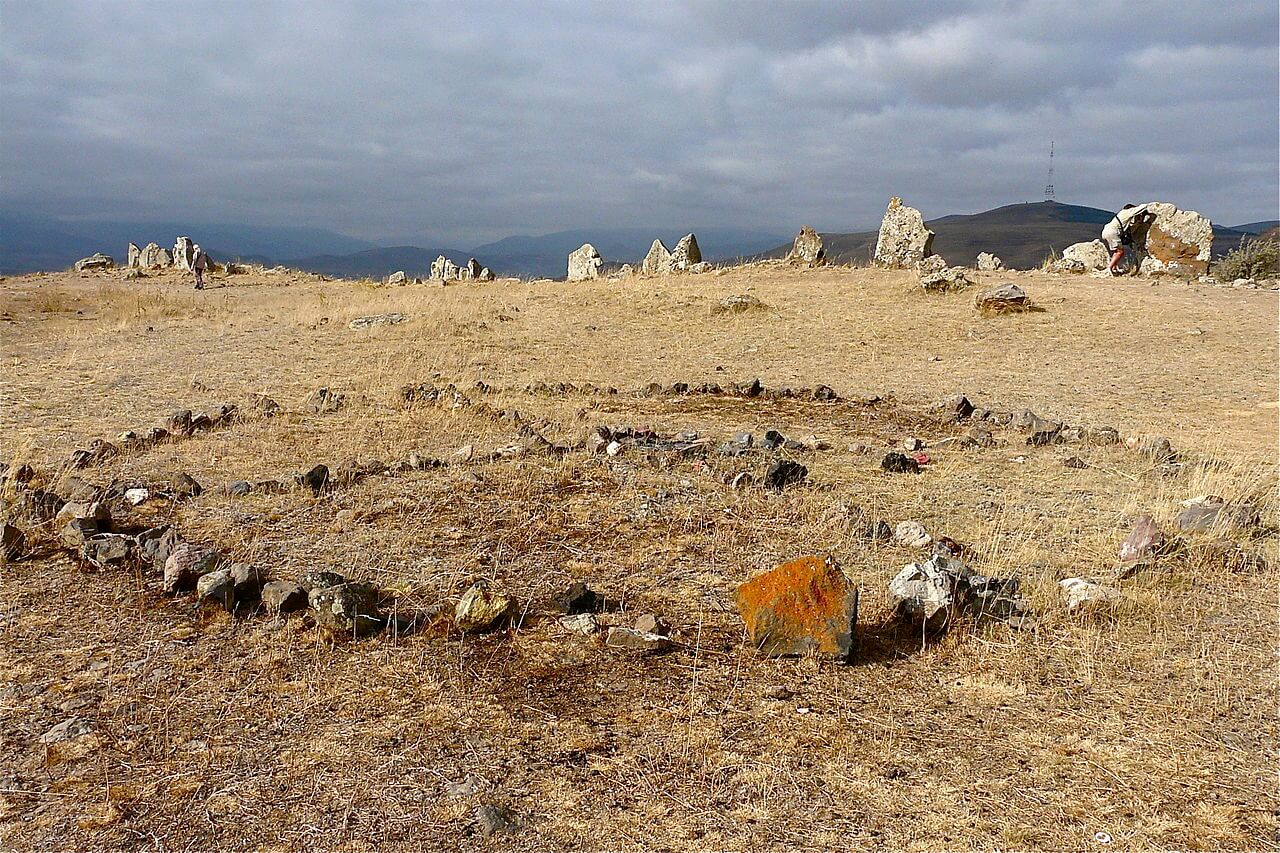 This part includes 80 stones that scratch about 136 meters.

The South Arm starts from the central circle and directs to the south for 75 meters, then turns to the west.

There are only 8 stones in the north-east alley. 2 of these stones has holes. The length of the line is 36 meters.

The chord is the part of the observatory which crosses the central circle. This part includes 20 stones 6 of which has holes.

In the different parts of the territory of the observatory, there are at least 5 separate standing stones. Only one of these stones has a hole.

If you go deep into the Stonehenge astronomy facts, you’ll know that the huge stones in Karahunj Armenia range from 0.5 to 3 meters above the ground, and their weight is up to 10 tons. Unfortunately, some of the stones were broken through time, and today these stones are not in count.

According to some experiments, the stones are brought from the nearby gorge along the river called Dar. They say that people transferred the stones with the help of woven ropes and draft animals. Sometimes it seems to be from the genre of fantasy, and you feel astonished about how human power could implement such a hard and tiring job.

In Armenia, Stonehenge and astronomy stand for the same meaning. From 1994 to 2001, an investigation was implemented by Paris Herouni and his research team. As a result, they concluded that Zorac Karer is the world’s oldest astronomical observatory. 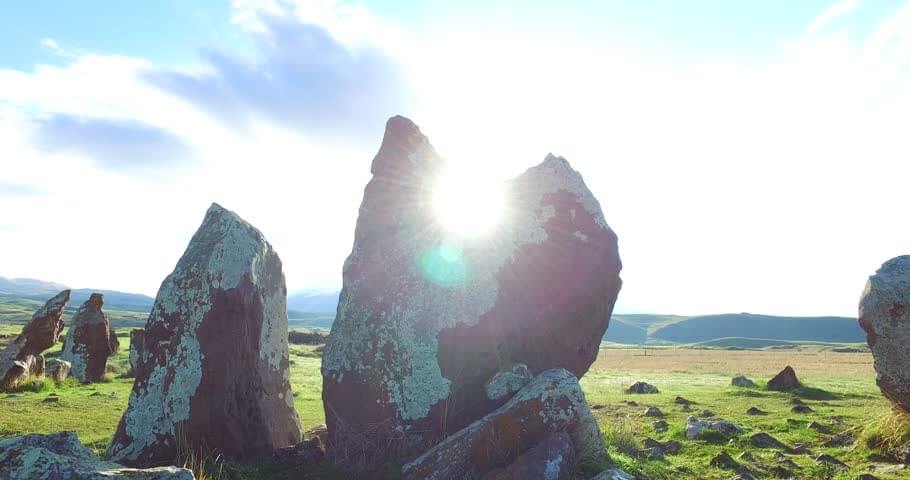 There is a small museum in the nearby city of Sisian. This museum is dedicated to the findings in the Carahunge area. There are different pieces of findings including palaeolithic petroglyphs that were found on the mountain tops in the territory, and grave artefacts from the Bronze Age burial site with over 200 shaft graves.

Do you like to investigate such mystic places? Let’s discover the Armenian Stonehenge together!

Plan the Ideal Vacation with these Useful Ideas and Tips