Deep in their hearts, everybody is romantic. People are in a constant desire of discovering something new, interesting, and beautiful. They investigate then love. What is it if not romance?

As human beings, we are interested in what places there are all around in the world. And probably, everybody comes to a point of their lives when they are in a search of romantic places. People travel to different countries, investigate romantic things to do for a woman to propose their love. So romantic!

There is a unique bench in the district of the Yell Extreme Park. It isn’t an ordinary bench but an interesting bench and a carousel at the same time. Have you ever played the game on the carousel with your friend?

This is about the carousel when both of you seat on it. Then you stand and your friend goes up due to the imbalance. And when you sit the friend of yours comes down then sits in order to make an imbalance so that you go up, and so on. 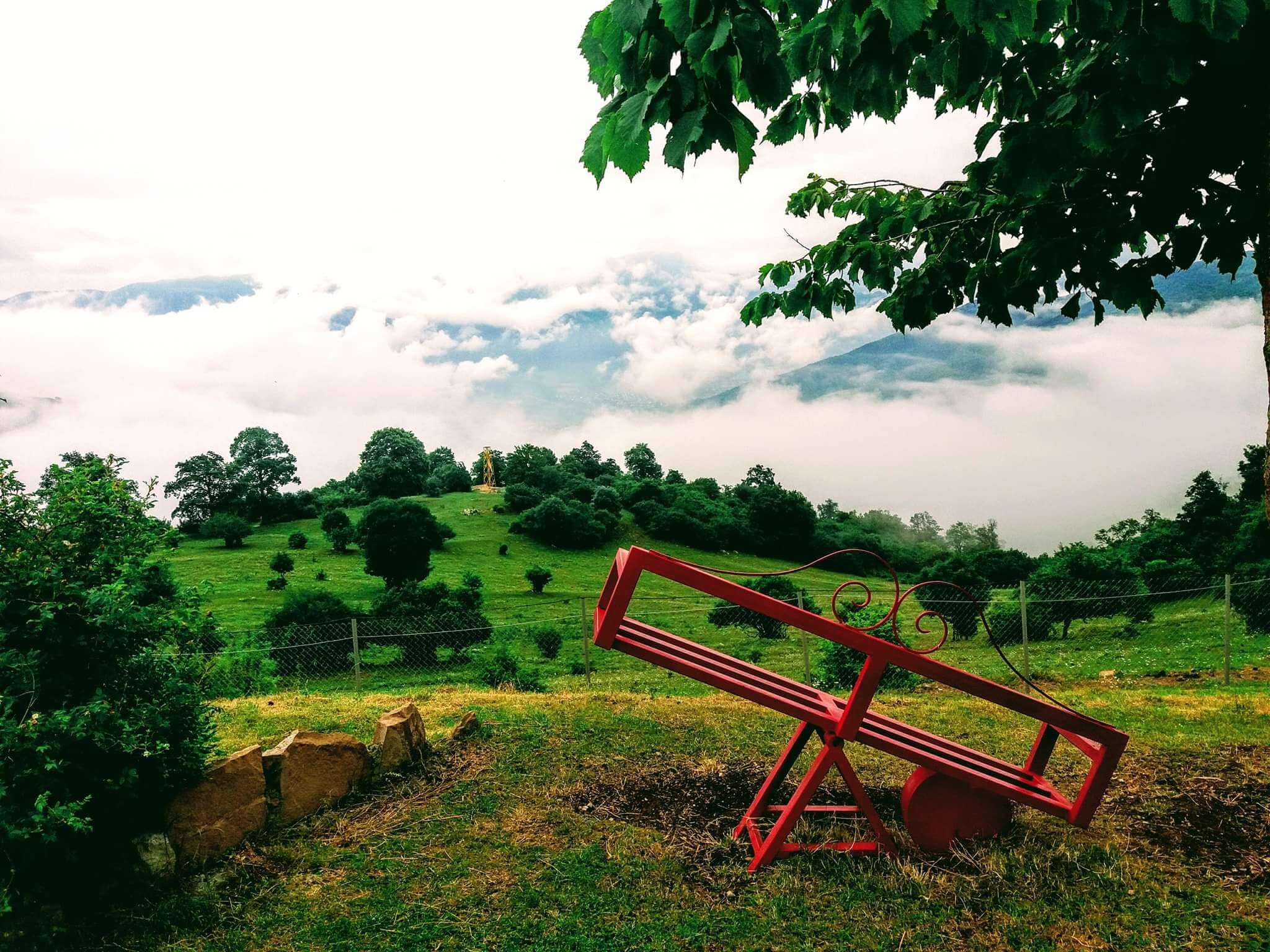 The bench in the Yell Extreme Park is similar to this carousel but it’s specially created for couples. There is a heart-shaped icon situated under the seat of one side. This is the girl’s seat, and the icon has a meaning. As if the boy has given his heart to the girl in order to make a balance.

Near the Yell Extreme Park, the Apaga Resort - a rest zone is situated in the village Yenokavan near the city Ijevan, just next to the Dilijan National Park. This is a valley area situated in a picturesque view at the heart of the Armenian mountains.

There are separate cottage-like hotels made of stones. The walls aren’t covered with any material, so they keep the natural color of the stones. These cottages are mainly two-storied buildings that have balconies leading you to a picturesque mountainous view. You can also see the two small lakes in the territory. 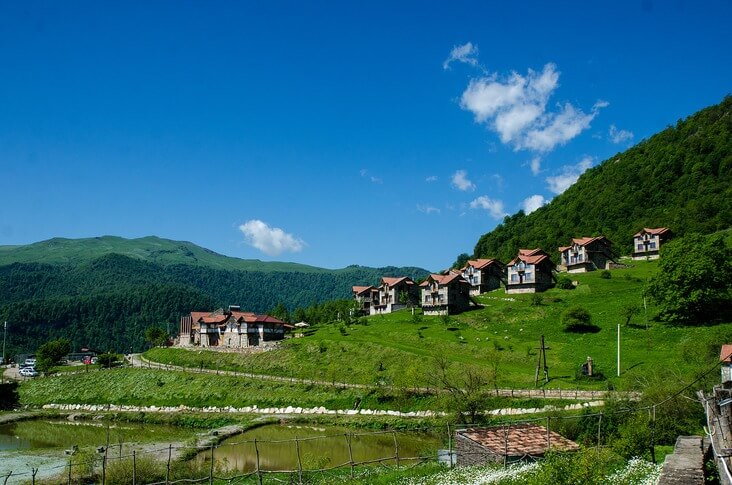 The resort includes a wide area where you meet many horses and you can also go for horse riding both in the nearby territory and up to the high mountains. Here you may also take part in camping activities. It is very romantic camping while stargazing. The name of the resort is very symbolic as well: “Apaga” means “future”. Probably you can plan your future here.

As you may know, lake Parz is a charming place in Dilijan, Tavush. The area in Dilijan provides a breathtaking view. The untouched forests are so attractive that make the place a perfect choice for the romantics. 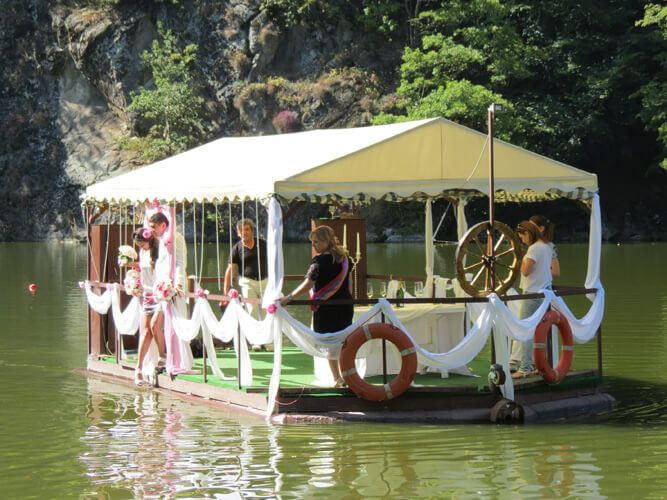 The Parz lake surroundings are especially scenic. There is a restaurant- or cafe-like area in the lake. It’s trimaran - a floating platform in the center of the lake where couples organize romantic meetings, photoshoots, and even sign premarital agreements. 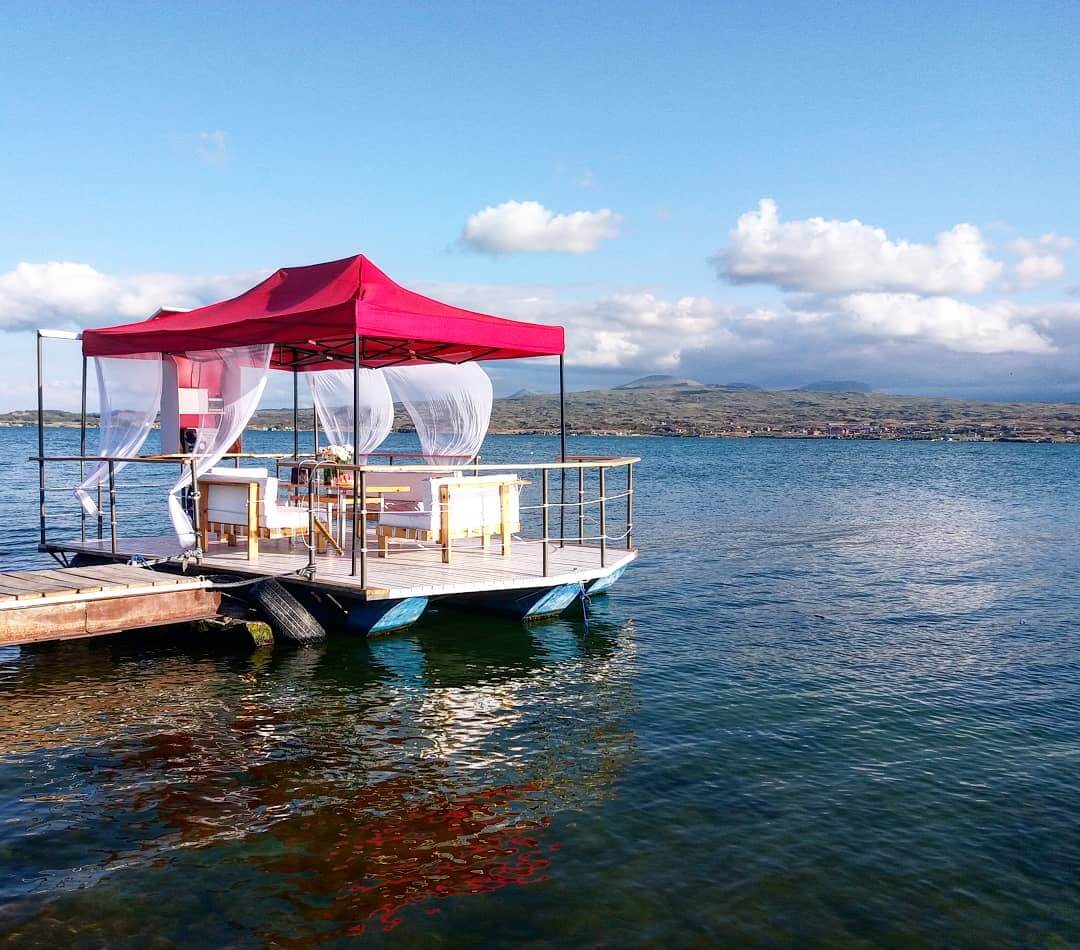 Another romantic place in Sevan is the Sevan’s peninsula which divides the lake into two parts. Imagine, you are sitting in a land area and all around you is water. The famous Sevanavank is situated on the peninsula.

The Swinging Bridge of Khndzoresk connects two banks of the Khndzoresk village. It is a 160 meters long metal bridge from where you may experience an unforgettable landscape. 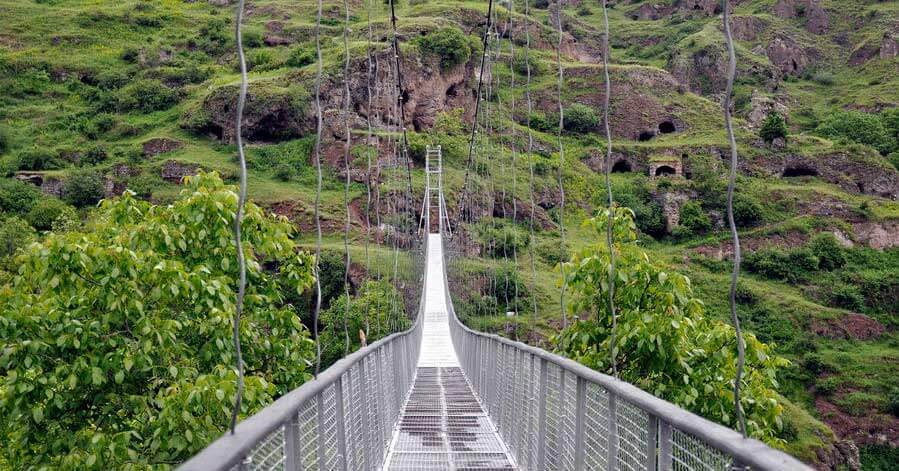 The Khndzoresk Swinging Bridge was made by the hands of the local people in Syunik. Surprisingly, no machinery is used and yet the bridge has high durability. This bridge runs across a deep canyon which makes the view even more pictorial with the extraordinary rock formation.

There is another extraordinary bench in Armenia situated in the city Etchmiadzin. It’s called “Hashtutyan nstaran” (հաշտության նստարան) which means “the bench of propitiatory”․ The central part of this bench is relatively lower so that if two people offended of each other seat on the different sides of the bench they both slip to the central part and appear next to each other. 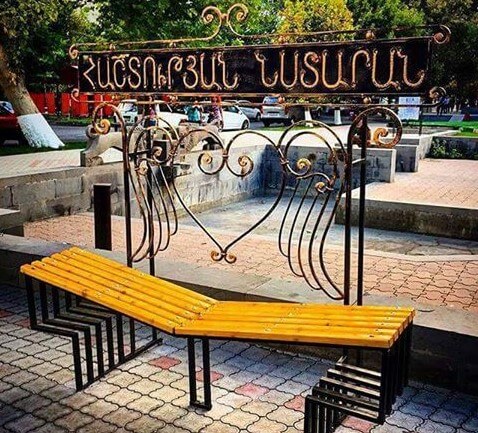 Etchmiadzin is a city in the Armavir region which is officially known as Vagharshapat. This is a holy city and the “spiritual capital” of Armenia because the main center of the Armenian Apostolic Church - Holy Etchmiadzin is located in this city.

The city is well-known for its church architecture. Besides the Mother Cathedral of Holy Etchmiadzin, you may arrive at the churches of the four virgins: St Hripsime, St Gayane, St Shoghakat, and St Mariam.