Dilijan national park’s area is one of the unique corners in the Armenian nature, which distinguishes with its richness, rare diversity, meadow-forests landscapes, separate eco-systems with high economic values and natural monuments’ protective, scientific-cognitive, medical and recreational high values.

The park is located in the northern part of Armenia, on the slopes of Pambak, Miapor and Aregani mountain chains and on the basin of Aghstev and Getik rivers, 1000-2000 m high above sea level. It is situated near Dilijan city in the Tavush Region. The total area of Dilijan national park is 33765 ha which is divided into three zones; reserve, economic and recreation. 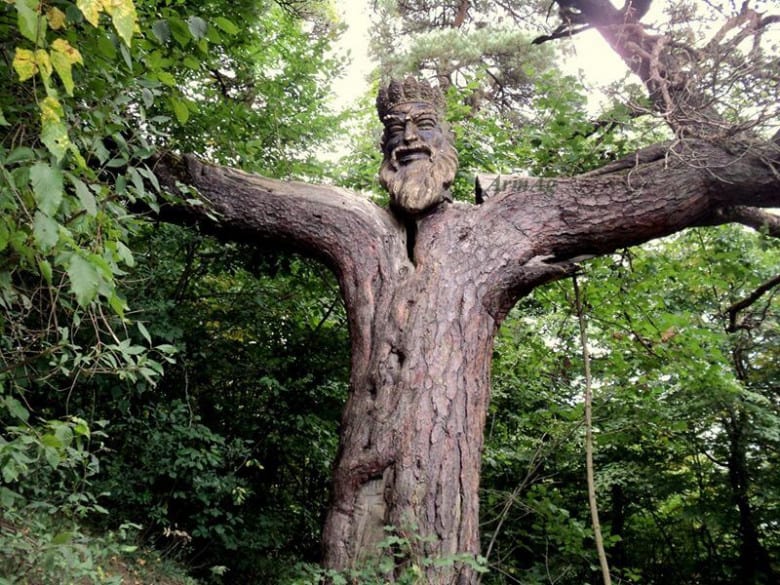 The area became a specially protected area in 1958 in order to protect the park’s flora and fauna, to enrich and to get a new species at the local conditions. After the creation of the area was a nature reserve, only in 2002 it turned into a national park. Approximately 977 species of plants were discovered here; among them were plants such as Taxus, Rhododendron which are considered to be the plants of the third age.

902 of 977 are flowering plants, 40 of which are rare types and 29 of them are on the list of Armenia’s Red Book. The main trees are beech, elm, oak, hornbeam, lime wheat, pine, and juniper.

In the reserve are groves of Taxus, remained from the 3rd Age and the Aghnabatin (Getik’s basin) is the biggest in Transcaucasia. In the area of the forest herbs have a big spreading, among them, are famous Hypericum, Mint, Thymus, and Thymus-Mint, and from nutritional herbs are famous Rumex, Falcaria Vulgaris. Other plants such as Clover, Onobrychis, Orchis, various types of Iris and many other plants grow in the area of the park. 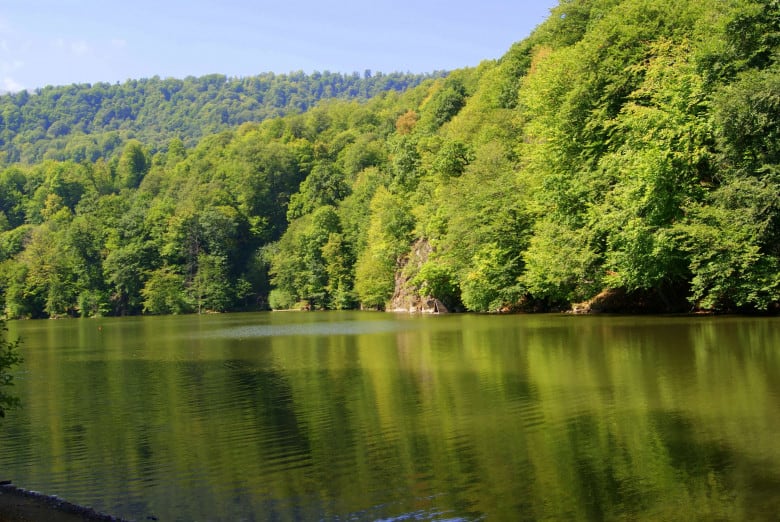 Besides the plants, Dilijan national park has rich fauna. There are about 800 species of beetles as well as numerous species of reptiles, amphibians, and fish. 150 species of birds include black grouse, golden eagle, bearded eagle, Caspian snowcock and others. Over 40 species of mammals such as brown bear, fox, lynx, red deer, roe, wild boar, wild cat, wolf, squirrel, badger, and others.

In the area of the reserve are located Haghartsin, Goshavank, Matosavank, and Jukhtak. Haghartisn Monastery complex was founded by Bagratunies, in the 10th century. According to historian Kirakos Gandzaketsi, the monastery was built in the 10th -13th century. The monastery complex includes four churches Saint Grigor(1244), Saint Astvatsatsin (1281), Saint Katoghike(12th century) and Saint Stephanos(1232), two courtyards, refectory, prayer halls and khachkars(cross-stones). 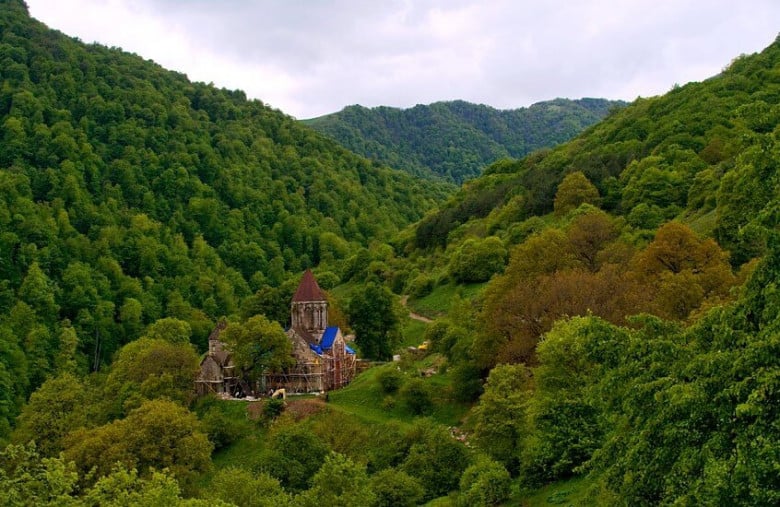 Goshavank is another great medieval monastery complex. It is located in Gosh town (Tavush Region), at the left bank of Getik River. The church was named after Mkhitar Gosh who was a famous Armenian scientist, historian, parable writer, and teacher. Once this church was remarkable religious educational and cultural center, where 25 years lived and worked Gosh.

For developing eco-tourism in Armenia, in the recreation zone were separated 11 eco-routes with explanatory signs and road markings. This zone provides professional and experienced tour guides, bikes, horses, tents, sleeping bags, stoves, telescopes and many other things for tourists.