Would you believe that right here in Armenia, was the birth of an avant-garde classification of art? This is a class of aesthetic art that is pure, without regard to tradition or convention. This is the children's interpretation of the world before they have been told what it should look like. This is the children expressing their true emotion, and how things fit into their world.

Each one is unique. These decorative 'cross-stones' are found all over Armenia and in various museums throughout the world. They are still being carved by master craftsmen to this day. For countless centuries Armenians have produced the finest hand-crafted carpets. Their carpets not only have intricate designs and vibrant colors but also traditionally told a story. The use of the Armenian double knot gives their carpets more durability. 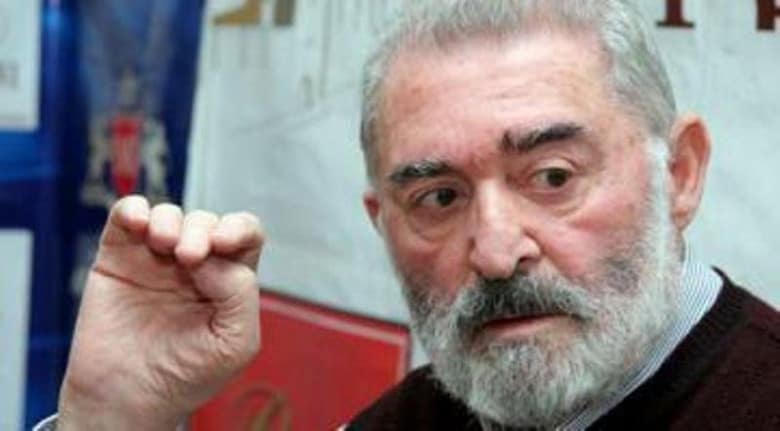 Now, let's fast forward to the twentieth century. Fifty years ago, art critic Henrik Igityan and educational specialist Janna Aghamiryan organized an unusual exhibition. They opened it in the Artists' Union of Armenia and called it “The World in Children’s Eyes”. The show displayed over 800 works of children from 65 schools and art studios in Yerevan. This exhibit brought recognition for children's art to be accepted as a legitimate art form.

In order to make their art more accessible to the general public, the Children's Gallery opened in Yerevan (1970). The gallery was so successful that within two weeks it had nearly 120,000 visitors. Recognition of children's art spread rapidly through the world. Today, there are 150,000 works on display from more than 110 countries. From this seed, the National Center of Aesthetics (NCA) grew into what it is today. 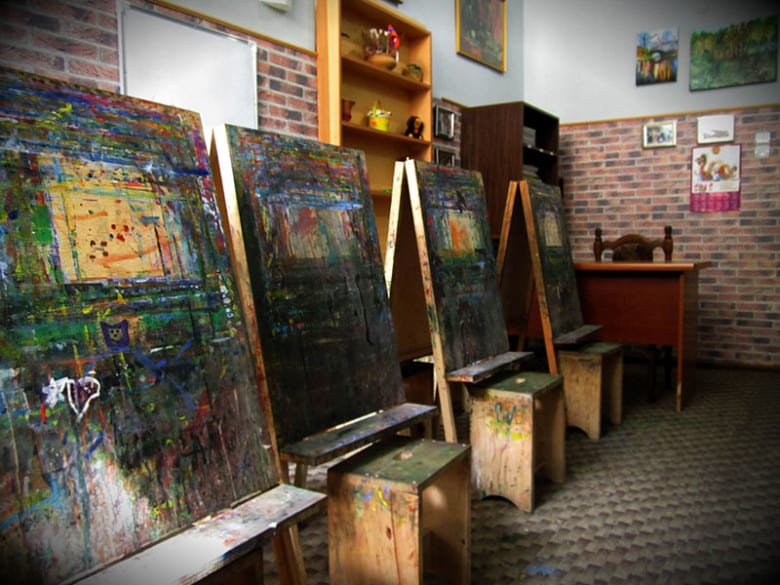 Currently, Yerevan has two departments: The Department of Fine Arts and Decorative Applied Arts. The applied arts include studios in theater, folk dance, and music with traditional instruments. Yerevan's International Department has had the pleasure of displaying works from more than 130 countries. Besides Yerevan, there are now branches in Goris, Gyumri, Meghri, Sevan, and Vanadzor.

National Center for Aesthetics in Vanadzor

To give you a closer look at the National Center for Aesthetics, let's take a look at the center in Vanadzor, directed by Karine Gloyan. In 1984, this creative center opened in beautifully restored historic buildings surrounded by peaceful gardens. All children of the region are encouraged to enroll in the center's programs. Group sizes are limited and more sessions are created to accommodate the number of children participating.

The programs are free of charge. During the regular school year, there are programs they can attend after school. During the summer holidays, there are sessions running all day. The Vanadzor center currently has an enrollment of between 200 to 250. Children attend the center twice weekly. The age range is from 3 to 18 years old. 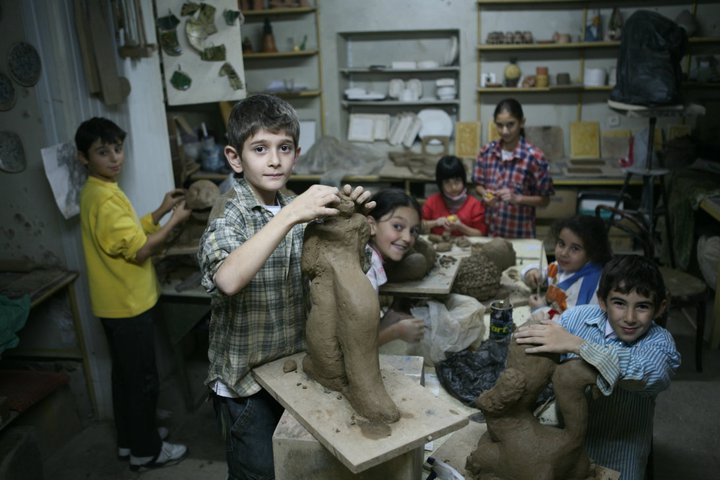 They express themselves in such arts and crafts as embroidery, batik, weaving, carpet making, metalwork, wood and stone carvings, and ceramics. You can expect many great artistic creations in the future due to the nurturing of their young children's talents.