Armenia is located between the Asian and European plateau, situated right atop the Middle East. Its lands are replete with natural spring water, lush mountainscapes, and ancient sanctuaries. Its culture spans thousands of years of art, music, literature, dance, and craftsmanship, although its history is entrenched in suffering and hardship.

After thousands of years (and due to countless invasions), the national cuisine is a fusion of traditional fare and influence from surrounding nations. But fear not enthused travel! This guide is for those of you who choose to explore off the beaten path in a new country. Those who avoid tourist traps and instead, yearn for authentic, genuine experiences with locals. Those who seek the unseen, the unadvertised, and the mysterious. These are for you!

Although currently small in size, Armenia was the northernmost center of the preeminent Fertile Crescent. Its geography is both lush and resilient, with prominent alpine mountain ranges, biodiverse ecosystems, and varying climates. The Republic of Armenia has over 25 national parks, state reserves, and wildlife conservatories. These ecosystems provide a natural habitat for over 1,000 different species of plants and hundreds of animal species. Near the Ararat valley, you’ll find the Khosrov Forest State Reserve, one of the oldest protected natural areas in the world. 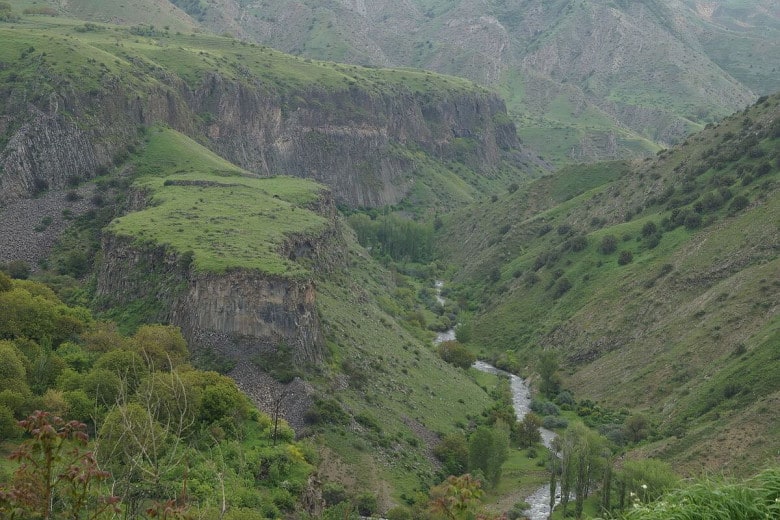 Located in the Ararat Province, the reserve area contains multiple cultural heritage monuments, including the temple of Garni and the Kakavaberd fortress. The terrain is extremely biodiverse, home to one-third of the flora in the entire Caucasus. And it’s also only 20 kilometers (a mere 12 miles!) from Yerevan.

The Khosrov Forest’s about 1700 years, founded around 330 A.D. by 4th century King Khosrov Kotak, grandfather to Tiridates III the Great. Khosrov is said to have planted over one million trees in order to ensure the preservation of Armenian flora and fauna. More than a millennium later, the famous Silk Road passed through the forest’s territory. In September of 1958, the Government of Armenia declared it a reserve zone and established procedures to conserve the grounds. 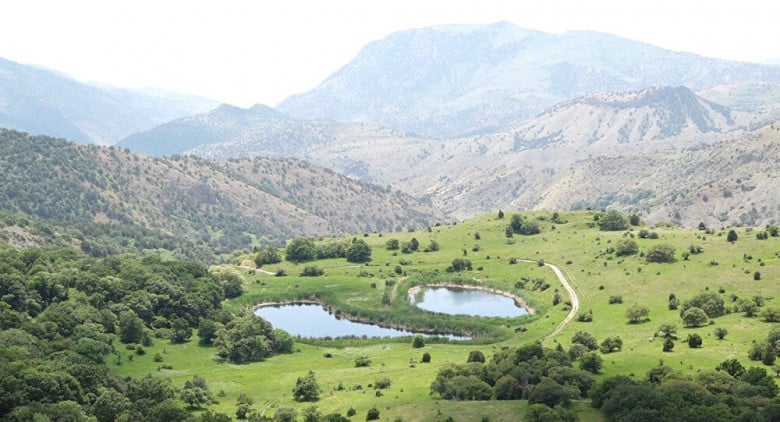 Curious about how to explore the national reserve’s sprawling 23,000 hectares (roughly 56,800 acres)? You can take tours, hike various trails, even go horseback riding.Observe the migratory birds resting during spring and autumn at the many bird-watching sites! Rest by the Azat and Vedi riverbeds, walk through the rare juniper and oak forests, and visit the many monasteries and waterfalls. Take a day to completely unplug from the noise and commotion of fast-paced city life. Your mind and spirit will thank you for the chance to refresh and energize in this verdurous sanctum. 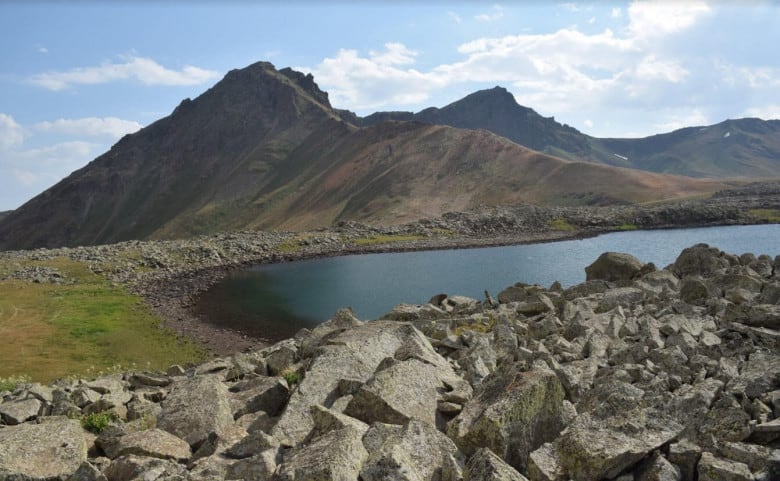 If you happen to love archeology, history, and - most importantly - a challenge, consider stopping in Sissian, a town in the Syunik mountain range. There, at the top of Mt. Ughtasar, you’ll be able to view preserved remnants of a primordial Armenia. It won’t be easy getting there, however! Trips can only be made from July to September since this extinct volcano’s usually covered in snow.

Here, you’ll discover over 2,000 rock carvings, known as petroglyphs, from the Paleolithic Era (roughly 12,000 BCE). Uncovered in the early 20th century, the carvings weren’t properly studied until an expedition in 1967. The petroglyphs are memorials meant to commemorate the life, mainly scenes of primitive society and ritual. 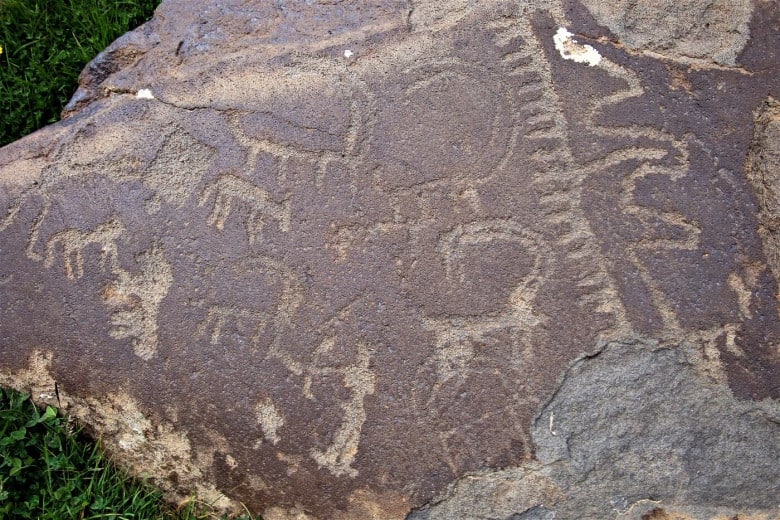 As the Armenian Highlands was one of the first centers of animal domestication and agriculture, many etchings show cattle-breeding and agronomics. Sheep and goat herding dominate the carvings, as it’s speculated that the majority of the petroglyphs were done by nomadic cattle-breeding tribes. The petroglyphs also display collective hunting scenes, numerous weaponry, as well as astrological symbols and the solar system. 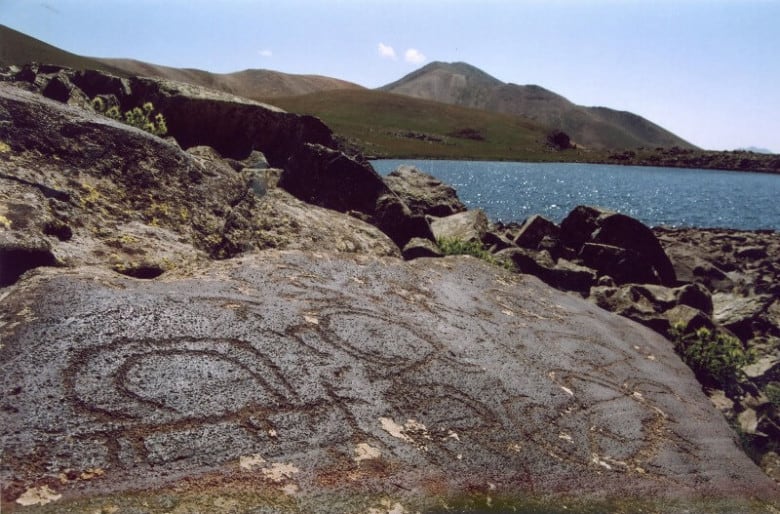 If you’re a hiking enthusiast, you can follow the trail up to the summit, but most people opt to take a car. In Sisian, you can ask for a driver at one of the hotels for a fixed price of 25,000 drams (about 50$). The four-passenger Soviet-era 4x4 will climb uphill for a little over an hour until you reach the small, glacial lake at the base of the petroglyph-filled mountain.

Often called the “Armenian Niagara Falls”, the Trchkan waterfall is just 33 kilometers (20 miles) away from Gyumri, the country’s second-largest city.Trchkan is the highest waterfall in the country (23.5 meters/77 feet) and springs from the Chichkan River. 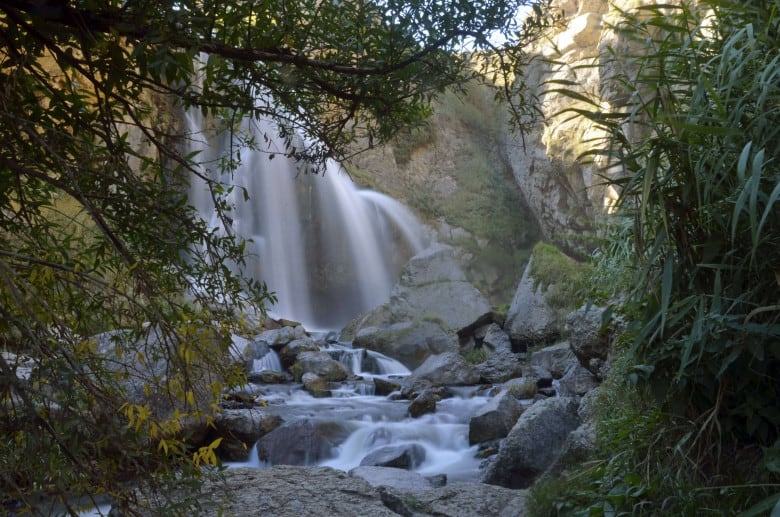 The Republic of Armenia recognized Trchkan as a natural monument in 2008. Trchkan is found on the border between the Shirak and Lori regions, about two hours from Yerevan. Make a day trip up to the famous city of Gyumri and stop here on the way! Especially if it’s during the warm summer months! Fed by melted snow and groundwater, the waterfall tends to overflow from March until June, making for a spectacular experience.

Approximately 47 kilometers (29 miles) from Yerevan, you’ll find an astonishing, larger than life memorial built out of traditional Armenian tufa commemorating the 1918 Battle of Sardarapat.The Sardarapat Memorial has a huge historical significance for the Armenian people. It was built on the 50th anniversary of the legendary and heroic triumph of a makeshift Armenian army against Turkish troops during the Armenian genocide. Against tremendous odds, the Armenians were able to safeguard the small portion of historic Armenia that was to become the current republic. 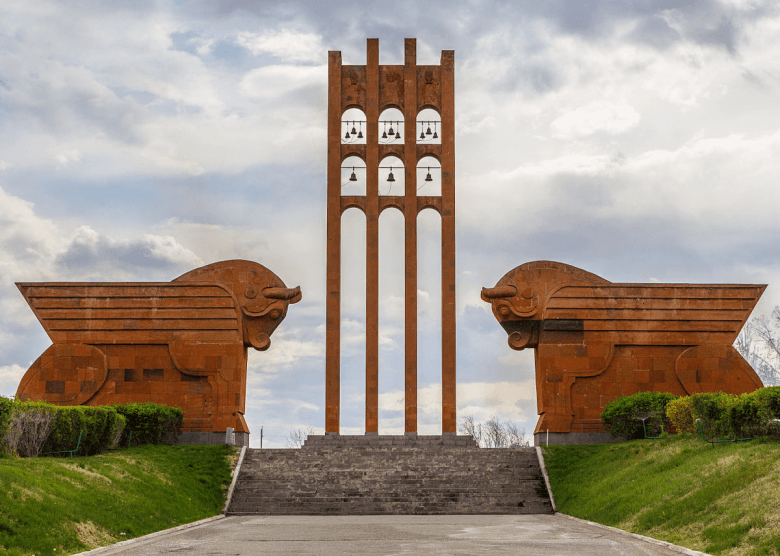 The monument complex is constructed in the same place where was the battlefield, with sweeping medieval Armenian architecture and gorgeous views of Mt. Ararat. The Sardarapat Ethnography and Liberation Movement History Museum is filled with hundreds of preserved relics, antiques, and artifacts from thousands of years of Armenian history. Dozens of rooms are filled with woodworking, metalworking, silverwork, jewelry, craftsmanship, traditional Armenian rugs, and art. The museum offers tours in English, Armenian, and Russian and won’t fail to impress even the most staunchly uninterested visitor!

Interested in learning about outer space and the cosmos? Then make sure to plan a trip to the silver domes of Armenia’s foremost Soviet-era center of astrophysical research.

On the scenic southern summit of Mt. Aragats, in the Aragatsotn province,you’ll be able to visit the Byurakan Astrophysical Observatory. Founded in 1946 by the founder of the Soviet school of theoretical astrophysics, Victor Hambardzoumyan, the observatory was, at one point, home to the largest telescope in the USSR. Hambardzoumyan proved that neither stars nor planets are created in totality, but emerge and develop on a continuous basis. 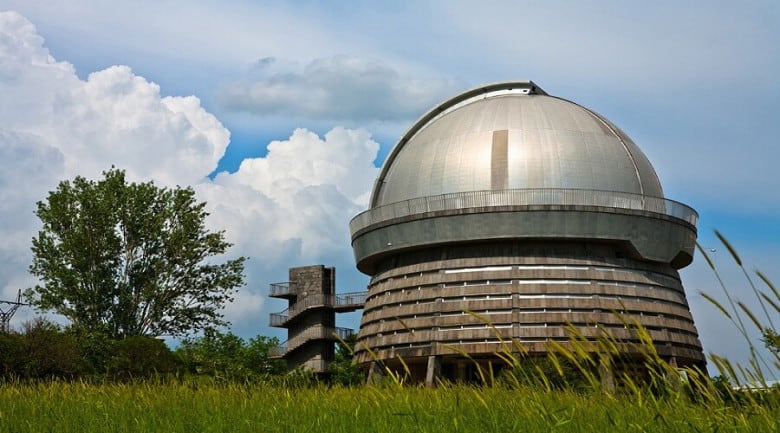 In 1947, he discovered extraordinary groups of stars in our galaxy, which the scientist named associations. The observatory is still active, although it’s no longer producing any new research. At Byurakan, you’ll be able to observe the moon, planets, and the outer cosmos through telescopes. You can take tours of the facility, as well as go stargazing at night!