The citizens of a country can live in a peaceful environment as long as it has a strong army. Soldiers are the real heroes and the pride of a nation. They are always ready to protect their country and quite often sacrifice their lives for the sake of their countrymen.

The structure of the Armenian army

Armenia has always been surrounded by enemies. That's why we need a strong army to protect our lands. The Armenian military was established on January 28, 1992. After the Nagorno-Karabakh war, our soldiers are often sent to the frontline between Artsakh and Azerbaijani forces. 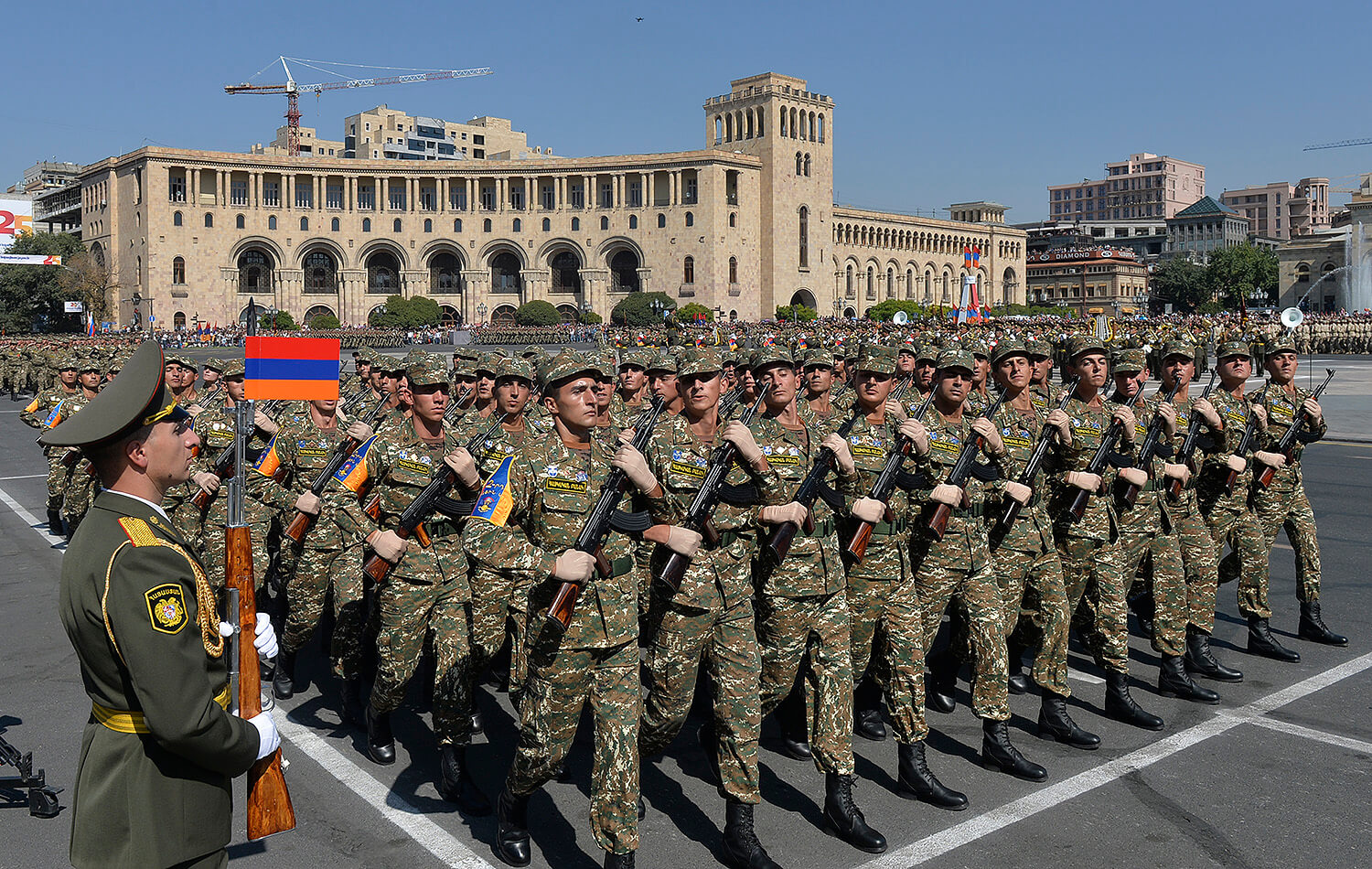 The Armed Forces of the Republic of Armenia is comprised of the following specialized branches: Ground Forces, Air Forces, and Air defense. The ground forces consist of these military units: motorized infantry, tank forces, rocket forces and artillery, airborne forces, engineer troops, and military communications. Unfortunately, Armenia is a landlocked country, and we have no navy. The army is also divided into Active and Reserve Forces. The Active Forces mainly have peacekeeping and defensive duties, while The Reserve Forces take part in planning and reservist preparation, and also training of formations for active forces. The Armenian army consists of 45,850 soldiers including 19,950 professional and 25,900 conscripts. The military age is between 18 and 27. The enlistment is performed twice a year.

Currently, the Defense Minister of Armenia is David Tonoyan. 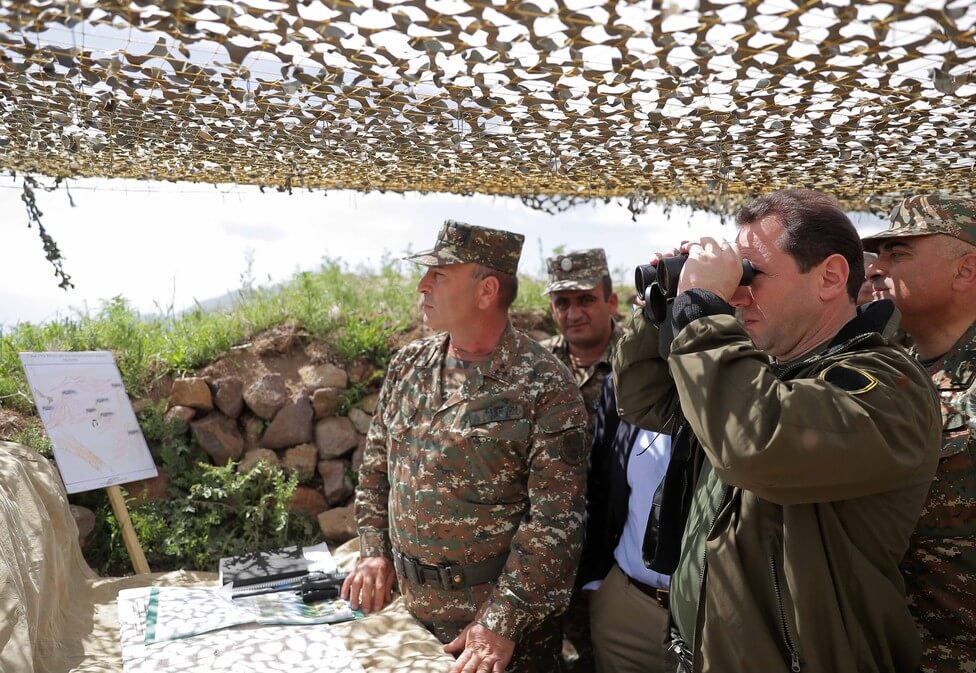 The Commander-in-Chief of the Armed Forces of the country is Nikol Pashinyan who is also the prime minister of Armenia. Currently, there are two military educational institutions in Armenia: Monte Melkonian Military College and Vazgen Sargsyan Military Institute. The first one is a high school and military educational institution which is currently located in Dilijan. It was named after Monte Melkonian who is a national hero of Armenia. He was killed in 1993 during the Nagorno-Karabakh war. The second one is a  higher education institution which is operated by the Ministry of Defence of the Republic of Armenia. It was named after Vazgen Sargsyan who was the first Armenian Defense Minister.

The equipment of the Armenian Army 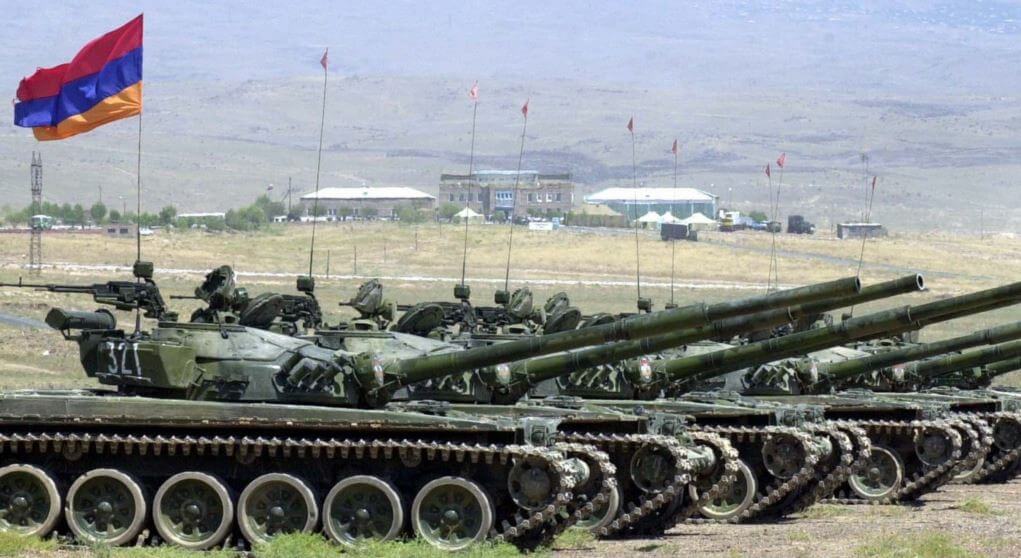 Many military experts say that our country has the strongest and combat-ready army in the region. Although Russia supports us with newer equipment, the majority of it is old, mostly of Soviet origin. Our military hardware includes 529 tanks, 1000 AFV (An armored fighting vehicle), 293 Artillery, 38 Self-propelled guns, 105 Rocket artillery, and 42 helicopters. After the Four Day war, the authorities of Armenia and Artsakh decided to buy more weapons and spend more money on military equipment.

January 28 is a national holiday in Armenia. On that day we commemorate the troops of our army. The Army day was first celebrated in 2001. It is one of the most prominent days on our calendar as our military is the only defender of our state. The day is celebrated with great pride among both the local Armenians and the Diaspora. 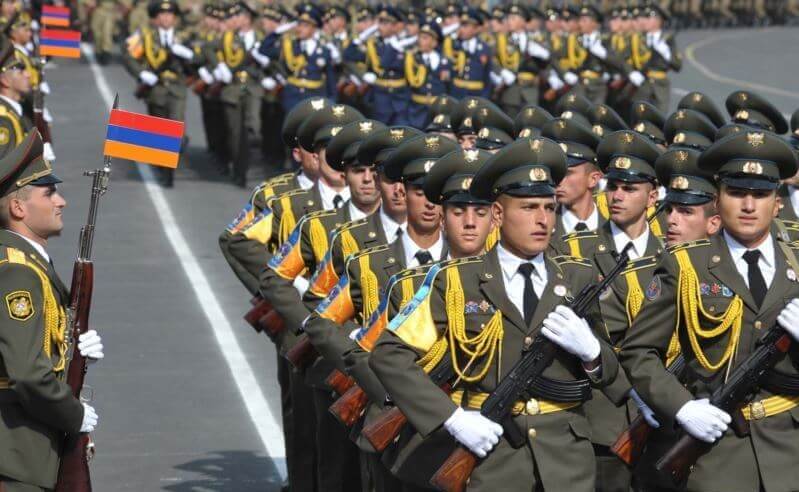 On that day the presidents of Armenia and Artsakh, military leadership and many citizens visit Yerablur and lay flowers at the graves of notable military leaders and the fallen Armenian soldiers who died in the line of duty. Yerablur is a military cemetery and memorial in Yerevan. It is the burial place of the Armenian soldiers who lost their lives during the Nagorno-Karabakh war. There you can see the graves of many famous Armenian heroes including Monte Melkonian, Vazgen Sargsyan, Andranik, Sose Mayrig, etc. In total, there are about 741 graves at the Yerablur Pantheon.

As you understand, our army is a national treasure for all Armenians. We support and encourage our soldiers. The life of a soldier is complicated as they meet many obstacles. Quite often they have to face the enemy, and there is a high risk of death and fatal injuries. 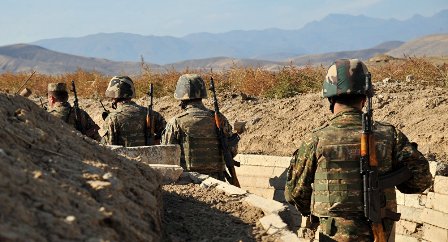 Our soldiers are motivated and have a fighting spirit. It was proved once again in April 2016 when Azerbaijani forces launched aggressive actions and attacked the territory of the Nagorno-Karabakh. Our soldiers bravely confronted the enemy. The war ended on April 5, when a ceasefire was reached by both sides. Unfortunately, some of our soldiers gave their lives in service to our country. It was reported later, that nearly 100 Armenians were killed during the clashes, dozens of people were injured. Ninety-one of the victims were troops; the remaining 9 were civilians.  These were the most intense clashes since the 1994 ceasefire. 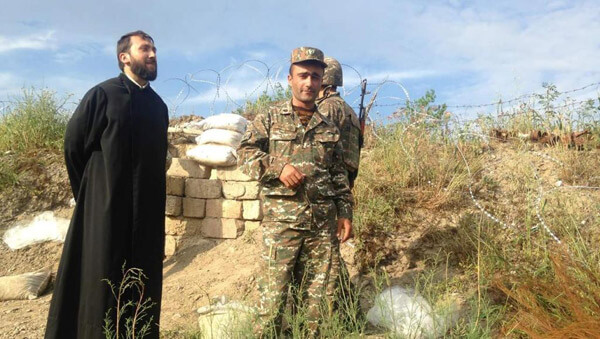 The situation on the Artsakh-Azerbaijan contact line is quiet today, but the war can break out at any time. Our army has to be very careful and be ready to fight and win. Although Azerbaijan continues to be our main enemy, we hope that the conflict will be solved in the near future and our nations will live in peace. Otherwise, we are always ready to fight and protect our lands, even to the last drop of our blood.

Published May 16, 2019
Article by Ani Shahbazyan