Maybe you have heard about Armenia and you know the fact that this small country has a lot of stones, deep gorges, high canyons, and mountain chains. These factors have always been benefits of Armenians during wars and in different situations, making the invasions more difficult and impassable roads for invaders. The mountains have been another proud of Armenia, and this is not surprising that their national symbol is the biblical mountain Ararat, though it is not in the area of the country.

Rock Climbing was a part of Alpinism, but already in the middle of the 20th century, it was separated from it and became an independent branch. This kind of sport needs special physical and mental abilities because during the activity the climber should be strong, flexible, balanced and determined. 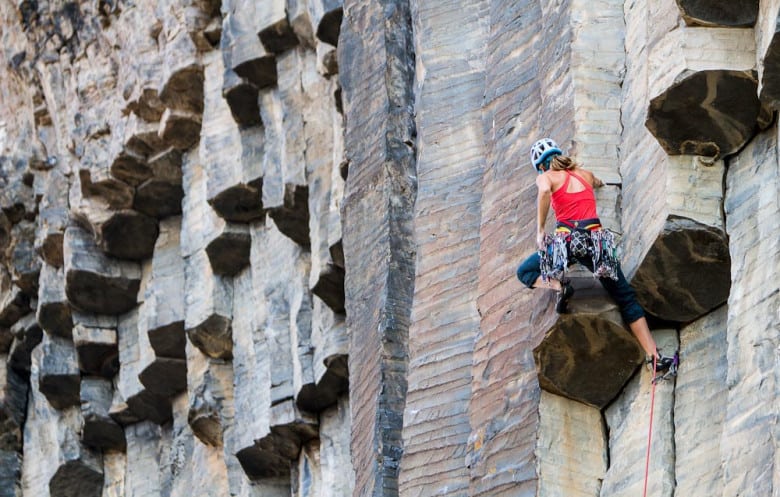 Up The Rocks and The Armenian Alpine Club organize different competitions and open championships. The first championship took place in 2009․ It started from the Hrazdan canyon, continued in the Noravank's canyon, then Djoghk's gorge and finished in Garni's gorge.

“I see dozens of photos every day but these photos struck me like a bell before I saw Sam Bie’s images, all I knew about Armenia was produced wrestlers and Chess Champions. After seeing the shots I wanted to know more”. These were the words of Alex Chabot, a French rock climber. When he saw the photos of Armenia’s Rock Climbing areas Alex decided to travel to this country.

The most developed area for climbing is the Noravank Canyon. It is located on the main road Yerevan-Goris. The climbing track attracts many climbers with its heights and difficulty. Some say that Armenia has the best climbing track area in the world. Besides their sport, climbers will be able to see the marvelous nature of Yeghegnadzor, see one of the famous churches in Armenia, called Noravank.

The Symphony of Stones

The other extraordinary place for climbers is located in Garni's gorge 23km east of Yerevan, called "The symphony of stones". It is considered to be a natural monument that is included in the list of natural monuments of Armenia. The symphony seems to be artificial rocks sorted one by one. Actually, these stones were created under high pressure, are the result of volcanic lava's freezing and crystallization. In 2013 the poster of "Symphony of stones" became a winner of the "Vettor Giusti" competition of travel posters organized by UNO's World Tourism Organization.

Armenia is a home for many foreign Rock Climbers who travel this country just for climbing or participating Armenian Rock Climbing Festival. There is a special festival dedicated to Rock Climbing. During the festival, the participants learn the skills of climbing and with the help of the professional instructors start their climbing. Year by year the number of rock climbers and sports amateurs rises up.