Nestled among Armenia’s rolling green hills lies the small spa and ski resort of Tsaghkadzor. The town, which has experienced a mass exodus in recent years, is a popular base for tourists from all over the world to enjoy their summer hikes and winter skiing and snowboarding. 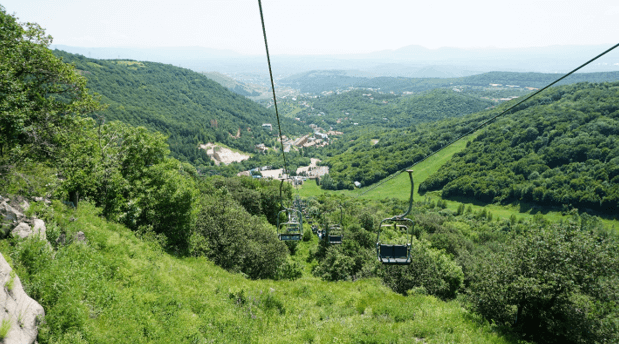 To the south, lies the largest lake in the Caucuses, Lake Sevan. The town features Kecharis Monastery, which dates back to the 12th and 13th Centuries and Casino Senator Golden Palace, a gleaming gambling hall perfect for entertaining both the locals and tourists.

Tucked away outside the town lies the popular Our Lady of Armenia Summer Camp, a place where hundreds of children from underprivileged backgrounds across Armenia visit every summer. The centre is built on a strong Catholic ethos and is run by nuns who instill discipline and provide care to the children under their wings.

In the wake of the destructive Armenian earthquake in 1988, the Armenian Sisters of the Immaculate Conception arrived in Armenia and set up summer schools to help children from disadvantaged backgrounds. As the years went by, the number of children visiting the country’s various institutions increased dramatically, ultimately resulting in the establishment of Tsaghkadzor summer camp in 1997.

During their 16 day stay, the children aged from around 8 to 16 years old take part in an educational programme including languages, embroidery, computer science, sport and physical activities, arts and crafts and religion.

Credit: Our Lady of Armenia 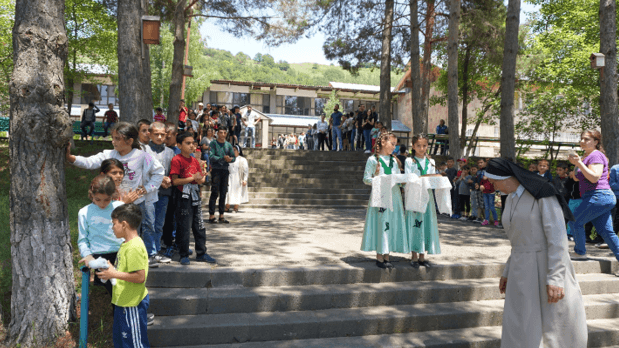 Many are chosen from orphanages and boarding schools to attend these summer camps. The camp is designed to let the children enjoy themselves and forget about their difficult livelihoods. Upon our arrival at the camp, we were greeted with a raucous welcome celebration of singing and dancing from the excited children lining the steps to its entrance- we felt like royals.

Two young girls, dressed in traditional Armenian clothing, offered us a platter of fresh bread and natural salt as a welcoming present.  As I walked around the school, the building had a distinct school-like feel with classrooms full of children doing various activities.

Colourful decorations from flags of countries to handprints of children brought alive the bare, white walls that featured throughout the building. With the presence of Catholic nuns and a small private monastery for praying, there was no doubt the place had a deeply religious ethos and is at the heart of everything the camp does. 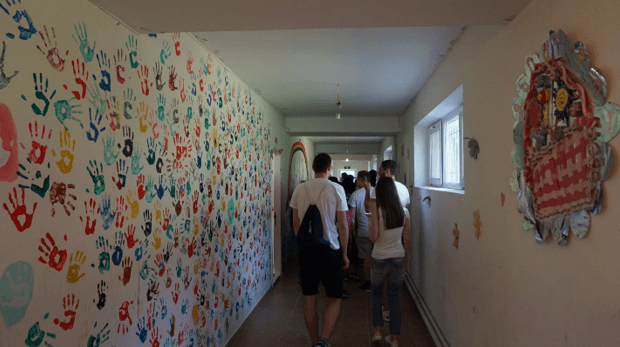 As our visit was at the weekend, the children were free to play throughout the day. The camp’s playground turned into a crazy hive of activity with half of the playground taken up with sports like football and dodgeball. Children danced to Armenian music with traditional routines which boomed out over the giant loudspeaker. 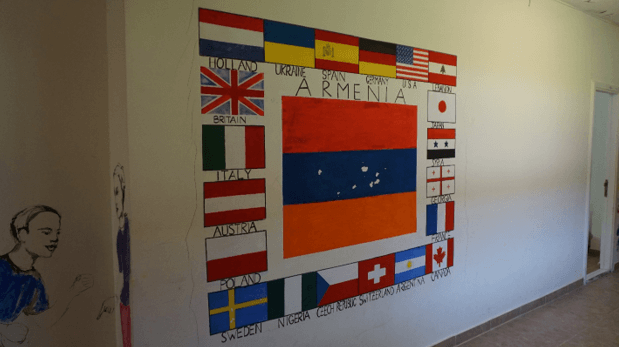 It created an amazing atmosphere and lifted the moods of everyone involved. Full of endless excitement and energy, the children completely tired the volunteers out, but there were still a whole lot of activities to come.

Thankfully, the cool mountain air at OLA Camp meant temperatures were lower compared to the stifling heat of Yerevan. The children were generally really friendly and willing to play, which made the day much easier while the old Catholic nuns were equally as charming and warming. 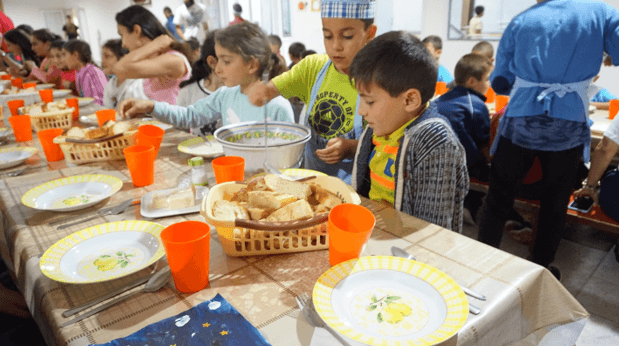 After trying to desperately interact with the children over lunch with little Armenian language, the volunteers and children took part in Sportlandia, a charity competition made up of five events. We were split into two teams, and the races consisted, among other activities, of jumping through hoops, weaving in and out of cones and hopping with a football placed between our legs as quickly as possible.

The sprints were eagerly watched and cheered on by dozens of enthusiastic children at the camp, while judges sat on a raised platform overlooking proceedings. 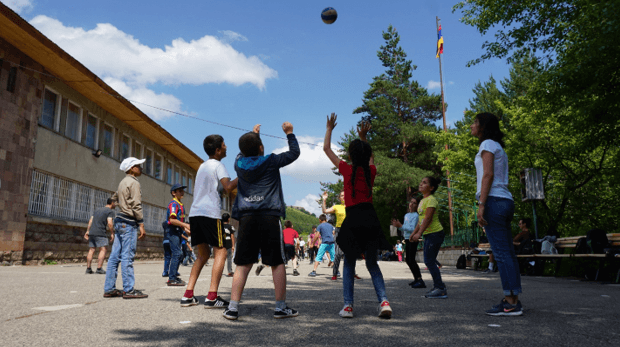 To introduce and conclude the event, both teams marched around the playground to pompous music and slapped childrens’ hands as we went along. During the event, music again blared out of speakers, from countries like Spain, the US, UK, and Armenia, creating a boisterous party atmosphere. The two teams were close throughout, but unfortunately, the opposition grabbed victory.

I think it is clever how the camp has been deliberately placed in a beautiful mountainside which allows children from poor backgrounds to unwind from the intensity of city life and enjoy themselves with things that occupy their minds. This calm, relaxing environment means they can forget about all the problems in their lives and experience and enjoy the company of others their same age. 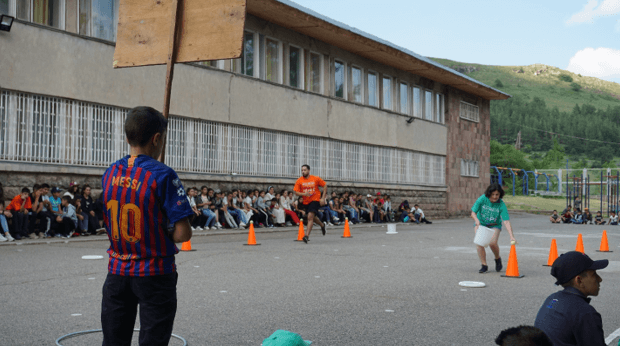 If you get the chance to leave Yerevan and explore some of the beautiful ancient towns and stunning countryside that Armenia has to offer, then do it. The rolling hills that surround Lake Sevan and Tsaghkadzor would be a great place to start.