A country, that is several decades older than Rome, started to make films still in 1907-1914. Since that time, Armenian cinematography started to develop producing movies that will last forever. The first cinemas were opened in Yerevan, Vanadzor(Lori Region), Gavar (Gegharkunik Region) and Stepanakert (Nagorno Karabakh) in 1924.

Every year in July the foundation presents nearly 120-150 movies. Recently the festival became one of the most important events of Armenia. The opening ceremony starts only after the blessing of apricots.

Probably the most famous cinema in Yerevan is the “Moscow Cinema” and one of the oldest among others. It was opened on December 12, 1936. Being situated right in the heart of Armenia, this building already 81 years decorates the Pink city and still remains fresh and attractive. 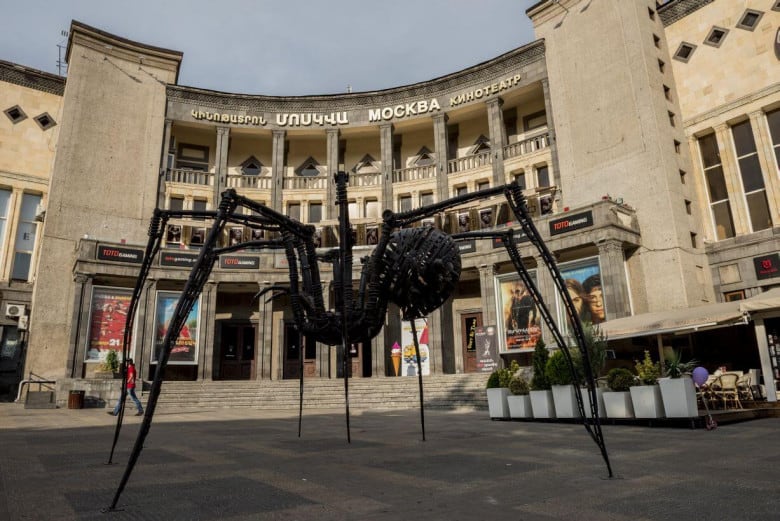 The architects of the theatre were Tiran Yerkanyan and Gevorg Kochar. The facade of it was decorated with the themes of bas-reliefs of famous Armenian Soviet movies. At the present place of the cinema was Saint Poghos Petros Church. Hamo Beknazaryan, the prominent Armenian film director, took part in the community workdays. The first movie that was presented at the opening ceremony was the first Armenian movie with sound “Pepo”. 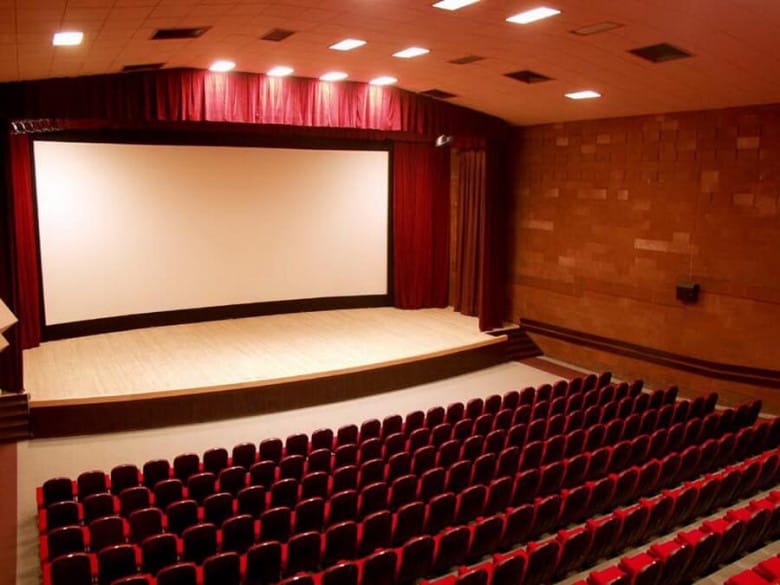 Moscow Cinema has four halls; the biggest one is “Red Hall” with 491 seats, the smallest “Blue Hall” with 352 seats, Vip with 35seats and small “Red Hall”. All the halls are equipped with all modern equipment.

Besides the movie, different events take place in the cinema. Among those events are “British Film festival” organized by British Council of Armenia. In the frameworks of the festival, the best movies in the contemporary British cinematography are presented.

Both inside and outside of the building are considered to be one of the cultural centers of Armenia. There is a small square in front of the cinema which is called after the world-famous Armenian - Charles Aznavour. This platform includes a lot of interesting monuments, chess figures, fountains. From time to time, the Square of Aznavour becomes a musical platform and hosts different concerts.

The biggest international film festival takes place in Moscow cinema since 2004. The festival is “Voske Tsiran” which means “Golden Apricot”. It was founded by the foundation of “Golden Apricot", the association of Armenian cinematographers and film journalists.

The oldest Cinema in Yerevan City is “Nairi”. From 1920-1950 the theatre was located in Amiryan street, but after the 50s the cinema moved to the crossroads of Mashtots Ave and Isahakyan Str. Once it has open and closed halls where the first Armenian movie “Zare” was presented. 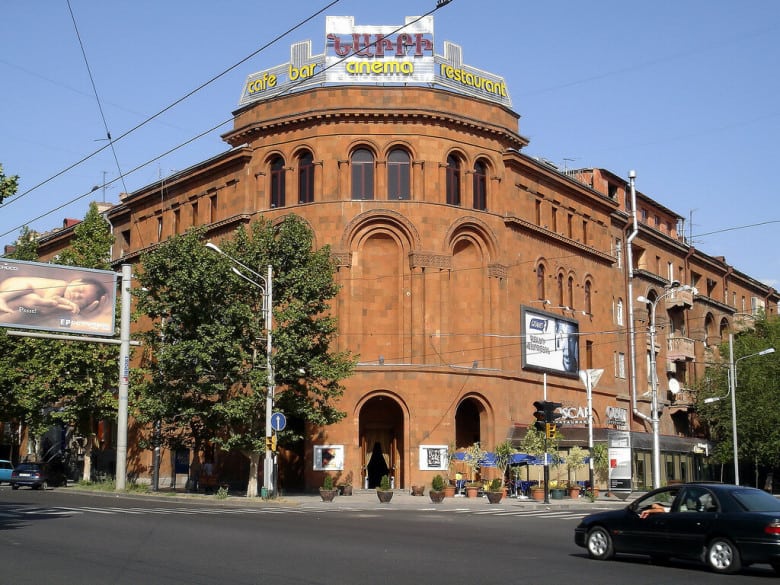 The building of Nairi was designed by Aleksandr Tamanyan, his son - G.Tamanyan, continued his work․ It was built of Red Tufa stone. The facade has three beautiful domed entrances. The cinema has three halls: the biggest one with 231 seats, the smallest with 42 seats and a VIP hall with 12 seats.

The company Cinema Star was founded in Russia in 2005. Later it became the leading theatre for movie presentations. Nowadays it has branches in different cities of Russia and Armenia. In 2013, the first Armenian branch was founded in Dalma Garden Mall, Yerevan. 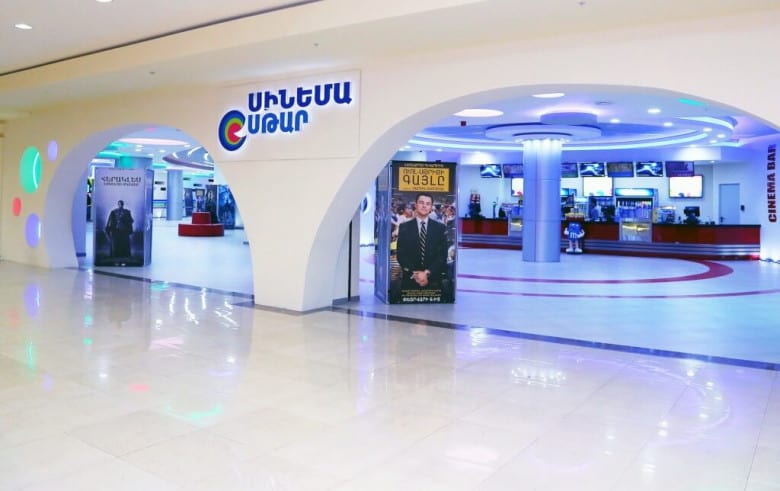 The cinema three has 6 halls which are provided with modern equipment and is the one and only Cinemas in Yerevan which has “DOLBY ATMOS”. “Dolby Digital Surround EX” with 360 degrees sound power, the equipment of projectors “Christie” and 3D equipment of world-famous “Volfoni” Company. Besides cinema, it includes Play Lab for kids, Bowling Center, and Café restaurant. Here are also presented movies in English.

The second branch of the "Cinema Star" company was opened in the "RIO Mall" shopping center. The movie theatre includes 4 halls that are provided with advanced technologies of the film screening.

“Kinopark” is another cinema theatre in Yerevan which is located in Archakunyats Str. in Yerevan Mall complex. The opening ceremony was held on December 5, 2015. The theatre has 6 halls that are provided with modern equipment and have 3D technology, 4K Ultra HD projectors, DOLBY ATMOS sound. English movies are also presented in Kinopark. 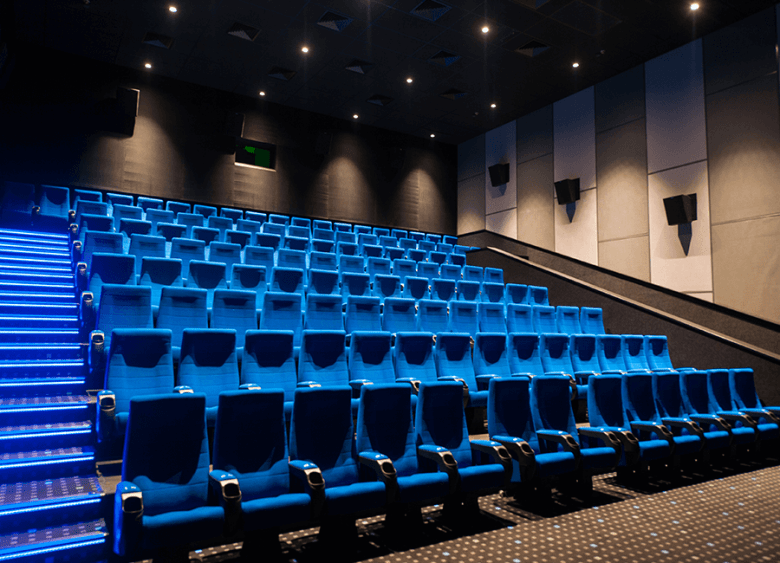 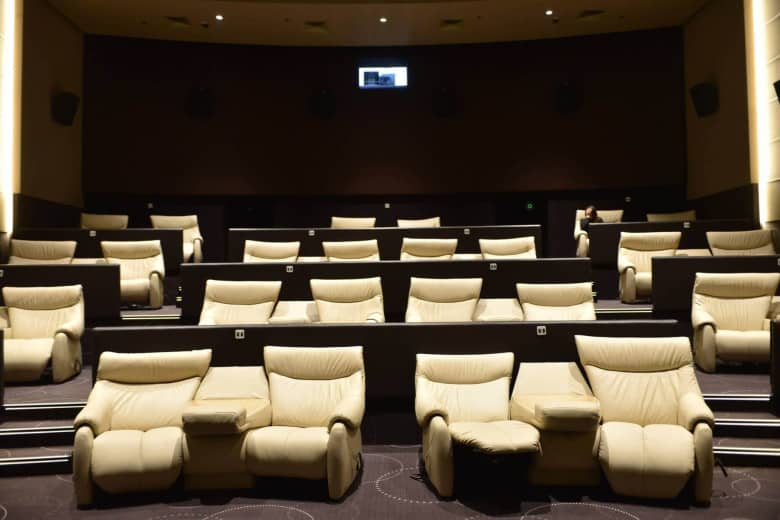 A movie theatre which presents a lot of movies works in our father city of Gyumri. It is situated in the heart of the city in Gayi str. Hoktember theatre was opened in 1926. The building has a Russian classic style. The architect of the cinema was Gh. Sargsyan. Nowadays is the only and the main theatre in Gyumri. 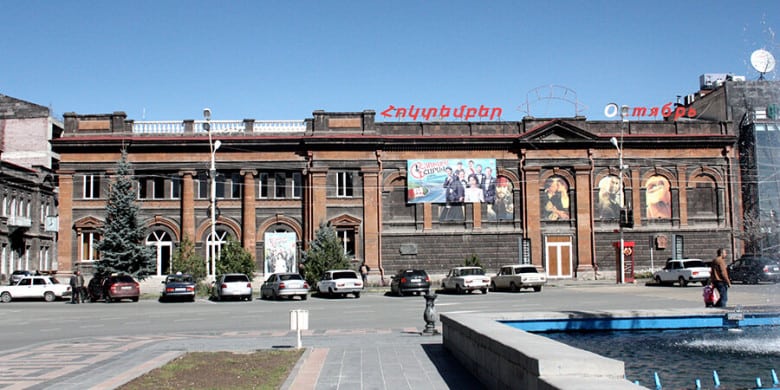