Marshal Baghramyan Avenue is one of the most important streets in Yerevan. The National Assembly, Presidential Residence, and the National Academy of Sciences of the Republic of Armenia, all the buildings are located here. Besides all of them, a park is proudly located in the lungs of Baghramyan Avenue, called Lover’s Park. 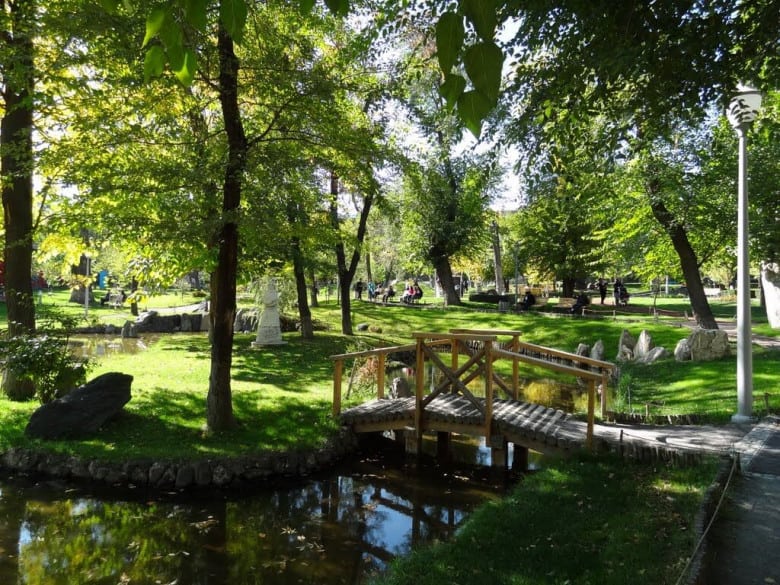 Though the park looks very young and modern it exists since the 18th century and has a rich history behind. Once the area of the garden was the district of Kozern and the park was called “Kozern’s gardens”․ A lot of trees were planted in the park at that time. So it means that some of nowadays trees are approximately 150 years old which dates back to the 18th century. 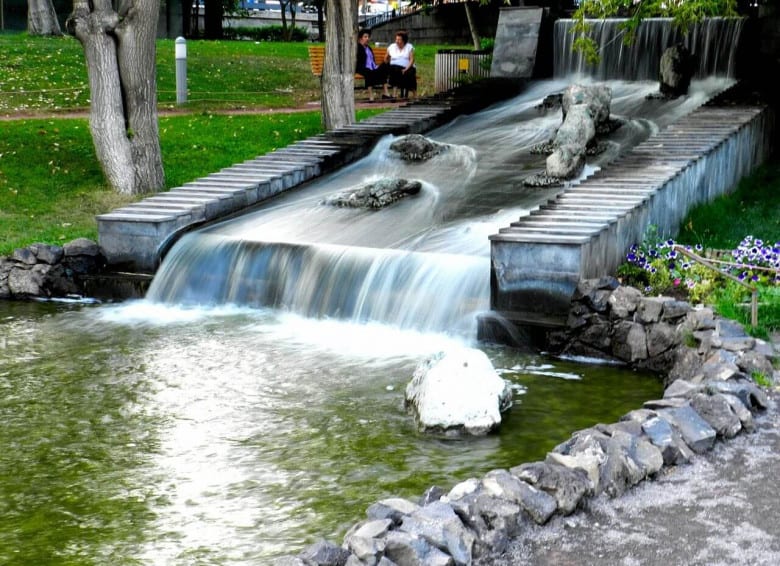 In 1949 the park was renamed to the “Pushkin’s garden” by the decision of the Soviet Republic in honor of the celebration of the 150th birth anniversary of prominent Russian poet Alexandr Pushkin. But 21 years later the park again was renamed and was called “Barekamutyun” (Comradeship) as a gratitude to the friendship of Soviet Union nations.

After the independence of the Republic of Armenia, the park was renamed “Lover’s Park”. The name came from Demirjian St. which had the name “Lover’s street” because it was a lovely spot for couples. In 1981 the Marshal Baghramian metro station was constructed in the ground of the park.

The Reconstruction of The Park

In 2007 the park was reconstructed within the framework of the Boghossian Gardens Project. The project of reconstruction started in 2006 and it was designed by Pierre Rambach, who was a well-known landscape Architect from Switzerland. Due to the author, the garden doesn’t have a look of traditional parks. As they called heaven of nature in an urbanized city.

The Architecture of The Park

Lover’s Park has an area of 1.6 ha. In the eastern part of the park is an artificial lake with two islands. One of the islands, opposite the lake, is used as a stage of an amphitheater with 200 seats. There are also 200 seats in the second stage. There are also two waterfalls in the park cascading into rivulets and flowing into the lake.

The park also has a café called Achajour with a nice look to the garden. As was mentioned above this park doesn’t have anything common with any garden of Yerevan. One of the differences is that there are no steps in the park which makes easy access to wheelchairs. And there is also a public toilet which includes special cubicle.

Lover’s park has unique lighting throughout the park which highlights stone compositions and sculptures. Among the sculptures of the park is the statue of Gevorg Emin who was a famous Armenian poet, the architect is Ashot Aramyan, “Armenuhi” architect of which is Hripsime Simonyan and Le Coeur d'obsidienne (Obsidian Heart) by Jean-Michel Othoniel. 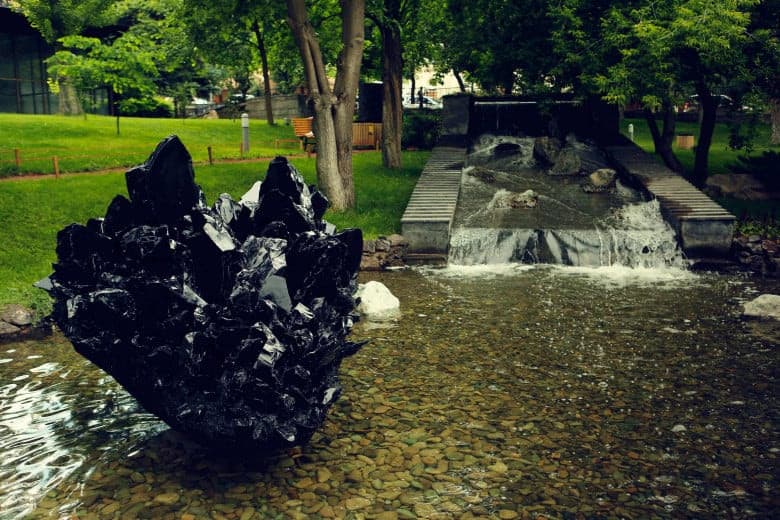 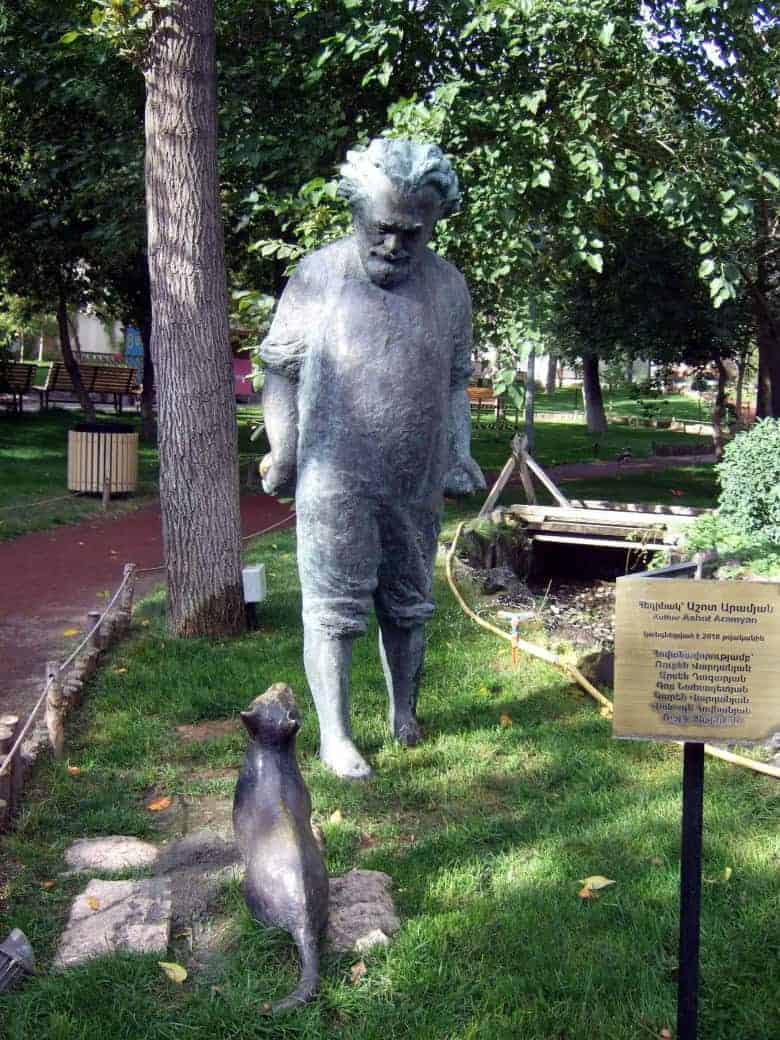 It is important to know that due to Rambach, the architect of the garden, “Lover’s Park” is the first Japanese garden in Armenia. Here you will always be part of wedding photoshoots because it is the loveliest spot for a married couple.