Do you love spending time walking and having a rest in parks? The capital of Armenia - Yerevan is full of such green areas. Although there are many attractive parks, recently a new park was opened in Yerevan.

The new park is dedicated to the 2800th anniversary of Erebuni Yerevan. The old and ill trees have been fallen down in the territory, and 250 trees of 70 exclusive spices have been planted in the park. As a result, the green area has been almost doubled. 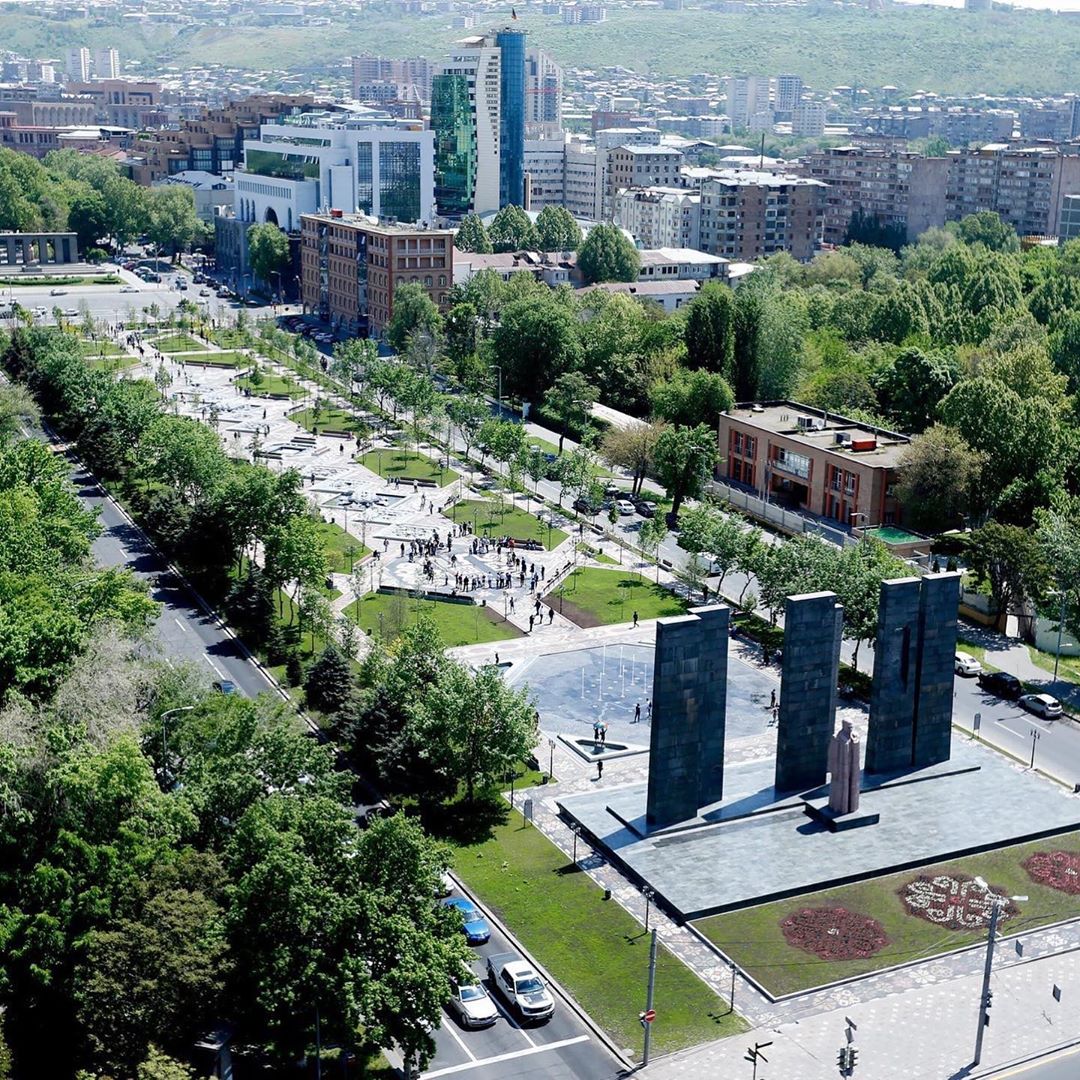 There are many fountains in the park. During the construction, some healthy trees have been transferred from the central part of the park to the edges in order to free space for the fountains. A 24 hours automatic irrigation is introduced with an exceptional drip and shower autonomous irrigation system. 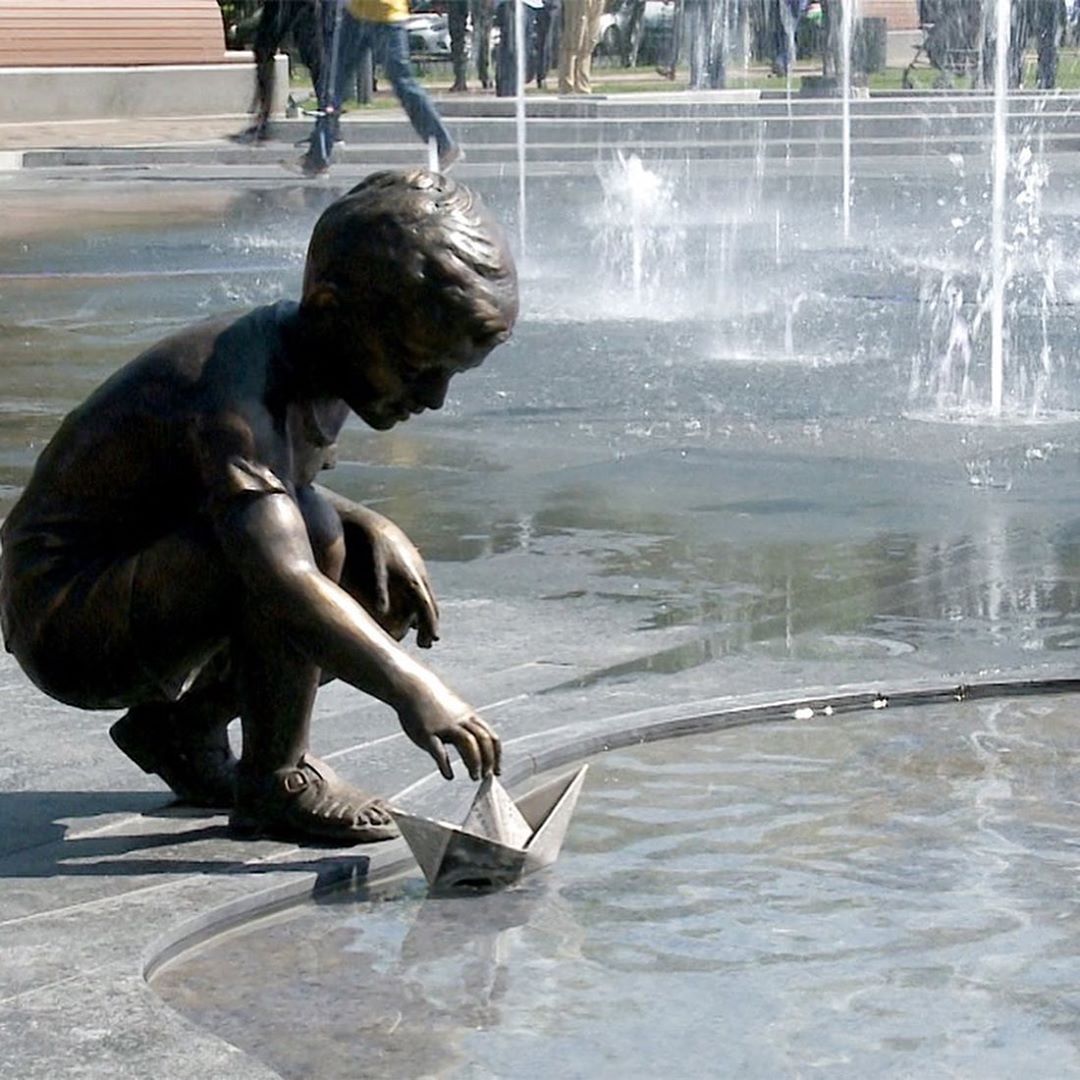 Opening of the Yerevan 2800 Park

The opening of the Yerevan new park took place on May 10th, 2019. Since the date, Yerevan 2800 park serves the residents of Yerevan.  The opening ceremony was attended by the members of the government, among them the Prime Minister Nikol Pashinyan, the Mayor of Yerevan - Hayk Marutyan, other State Officials and thousands of citizens.

The Yerevan new park was built by the Vardanyan Family Charity Foundation. The financing was provided by Michael and Karen Vardanyans. Karen Vardanyan is the Author of the park project.

The construction activities lasted for 1.5 years and 530.000 USD was spent on creating such a comfortable rest zone. And still, the Vardanyan Family Charity Foundation has taken the responsibility to cover the costs of care and maintenance for the park for 99 years.

Since the opening, the park has become one of the most visited places in Yerevan. It is full of people all day long. And the curious fact is that not only the citizens of Yerevan visit the park but also many other people from the regions.

The most attractive part of the park is the flooding fountains. The children like to run around through the water. They make fun, and fill their time with a lot of joy. These flooding fountains are so attractive to them that they stand near the fountains waiting for them to turn on. Looking at them you may think that it’s always Vardavar - one of the famous festivals in Armenia, in this park. 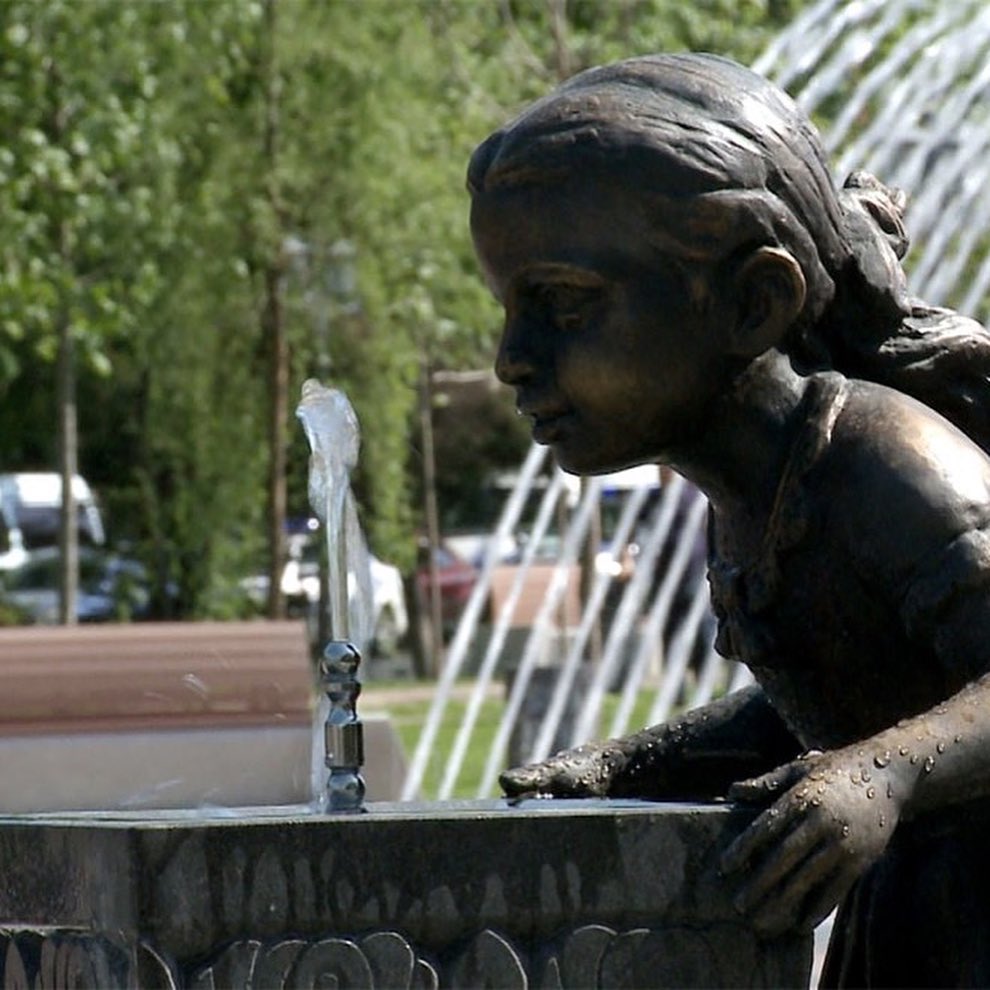 There are also many interesting statues in this attractive park. The area is decorated with bronze statues of a bull and a lion with Urartu style. There are also some statues of children. In my opinion, the most favorite statue in this park is a smiling girl’s statue who has outstretched her hand up to a raining cloud. 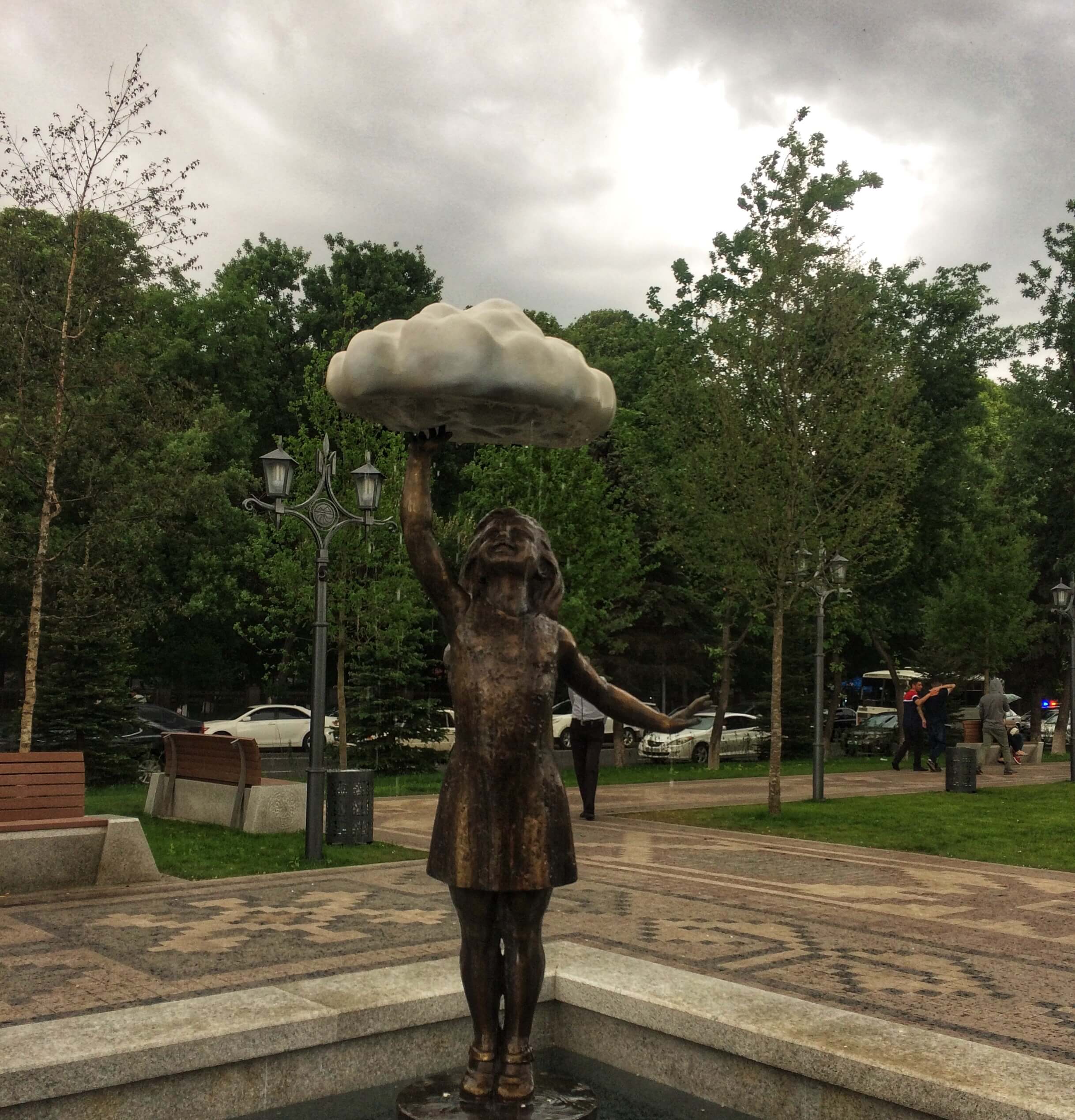 The park is comfortable for everybody regardless of age. The children like running around the territory through the flooding fountains. Some youngsters join them as well. Others walk around or sit on the comfortable benches and have a rest.

Walking around this rest zone is especially pleasant in the evening. At that time of the day, the weather is relatively cooler, the gentle wind is blowing and the park is enlightened due to the lanterns arranged all around.

The Yerevan 2800th anniversary park is located at the city center (Kentron district). The park is bordered by the streets Grigor Lusavorich, Beyrut, Italy, and Khorenatsi. To the other side of Italy street, the English park is situated. 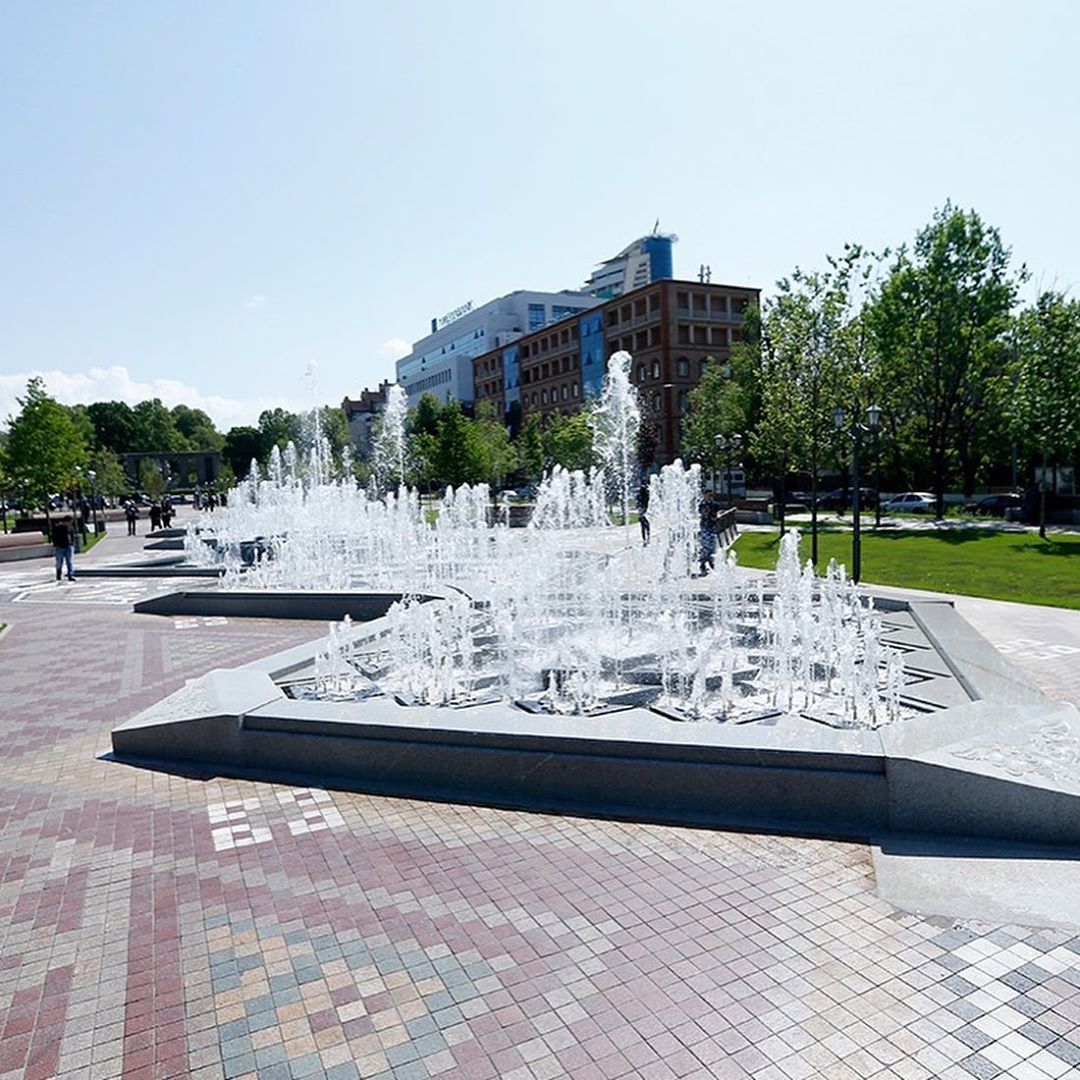 And to the Grigor Lusavorich, the Municipality of Yerevan rises. It takes some 5 minutes to walk to arrive at the new park from the Republic Square.

Dedicated to the 2800th anniversary of Yerevan, the park is owned by the Yerevan community. The business operations are prohibited in this park.

If you like the idea of the park you are highly recommended to find some free time to enjoy your rest in the Yerevan 2800th anniversary park. Undoubtedly, you’ll like the atmosphere. Welcome to Armenia, Yerevan.