First of all, let's understand what the word “Vardavar” means. It is the Armenian word meaning- to pour water over someone. You will be surprised to know that this festival actually has a pagan origin and comes from the ancient times when Armenians used to worship Gods. It was dedicated to Astghik who was Goddess of love, beauty, water, and fertility. The pagan people celebrated the festival giving roses to Astghik and pouring water over each other. 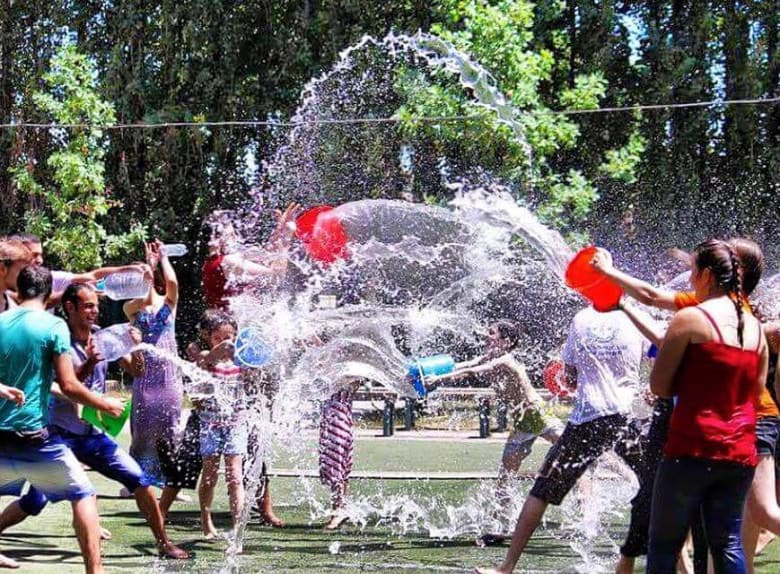 But after adopting Christianity, nearly all the pagan religious traditions and customs were changed as well as the temples and worshiping centers were destroyed. The Armenians started to built new Christian Churches on the basis of the pagan temples. The only temple that remained from that time is the Garni's Temple which is the architectural wonder of Armenian History. It is the only one among all the buildings churches and monasteries of Armenia, maybe that's why Armenians kept it. But one thing that the locals really loved was the festival of Vardavar which was lovely, fun and entertaining. That's why the local's and the already church turned this festival into Christian one and the meaning of the festival became another. According to Christian tradition pouring water over the strangers and friends means that people get away from the sins and get cleaned.

During the Soviet period, this festival's celebration was more restrained. But after the independence of Armenia, the celebration again restored and became the republic's most lovely festival. Jrotsi is celebrated 14 weeks after Easter, on hot and chilly July. This festival has no age restriction, you can easily see an old man pouring water over someone and the opposite, a young even child, playing this funny game. So, remember no explanation can save you from not getting wet, no running and escaping, young ones can get you, no matter how hard you try to escape.If they already get you stand still, keep your phone, money or wallet and enjoy it. Sure you can take a bucket full of water and answer them in the same way. 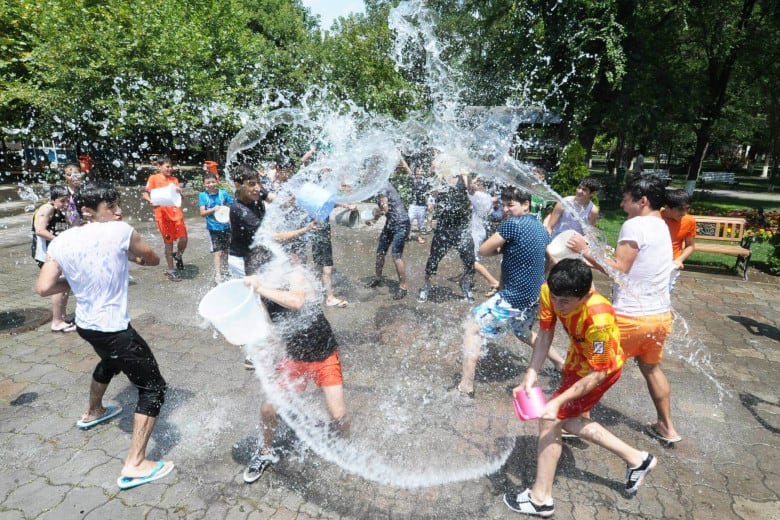 The summer's biggest festival takes place in every corner of Armenia, so for playing it you don't need to get somewhere, but if you want to be in the center of the game I will recommend you to go Swan Lake or Republic Square. The festival starts from the morning and continues with shows and concerts, but don't worry the festival finishes when the weather is already cool, that time Armenians already put down the buckets.

In 2018 the festival will take place on July 8. So if you plan to visit Armenia in summer, book your flight so that you could participate in this wonderful festival and get unforgettable feelings and emotions.

Festival of Honey and Berries