“The specialty of the Armenian Wine is that you feel it, but you can describe it in words". The excavations were found the oldest winemaking instrument in the area of nowadays Areni village. The climate of Armenia provides the sweet taste of grapes which makes wine with high quality.

These are the words of The Armenian Legend Charles Aznavour. The legend says that Noah was the first to plant the grapevine in the Ararat valley. Armenia is considered to be the leading country in the territory. 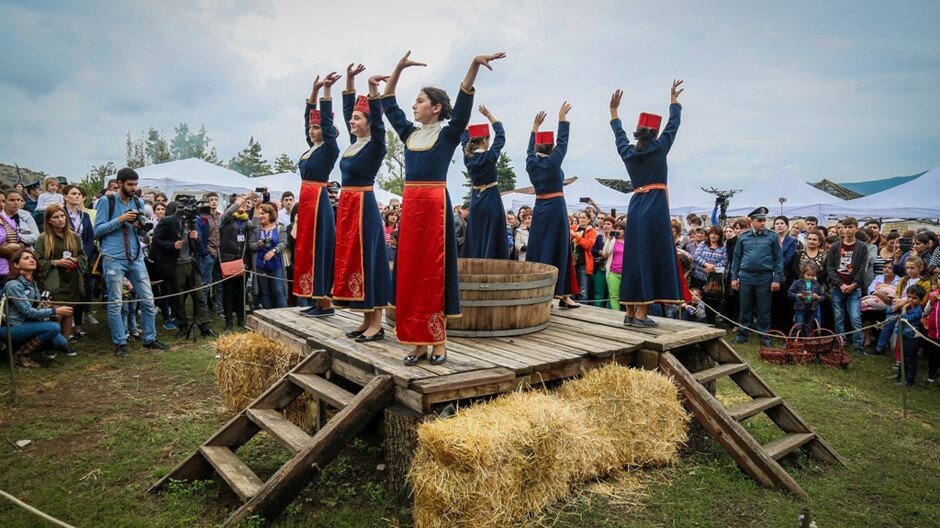 The most famous wine-making town in Armenia is the Areni village. It produces the best wine in Armenia. Every year in Areni passes the festival of Wine; participants treat the guest with the best-produced wine. The festivals include many other performances, dancing and singing the traditional dances and songs. It became a very important event for the locals of Areni.

The other great festival is the “Artsakh’s Wine Festival”, the first time it took place in 2004. The festival includes the oldest and the unique traditions of the winemaking ritual. During the festival are presented the wine of Artsakh and Armenia. After that follows the exhibition and the hospitality of the traditional Artsakh's dishes. Recently the Armenian wine was added to the list of best 15 winemaking countries of the world.