What Armenians love to do is to make tasty food and to eat it with family and friends. The dinner table’s ingredients are very important for us. Armenian men love to eat tasty dishes so that Armenian women have to make tasty food. The top leading dish in every Armenian table still remains Armenian Dolma. So we can conclude that Barbeque is the king Dolma is the queen.

This dish has Armenian origin and decorates every Armenian traditional both festive and everyday table. Without exaggeration, we have more than 50 types of traditional Dolma.

It is stuffed vegetable dish wrapped in cabbage leaves or grape leaves. The filling can be rice, minced meat, and other species. They also use vegetables such as pepper, eggplant, and tomato instead of cabbage leaves. They wrap the leaves around the minced meat and rice, cook it with olive oil.

They also use vegetables such as pepper, eggplant, and tomato instead of cabbage leaves. 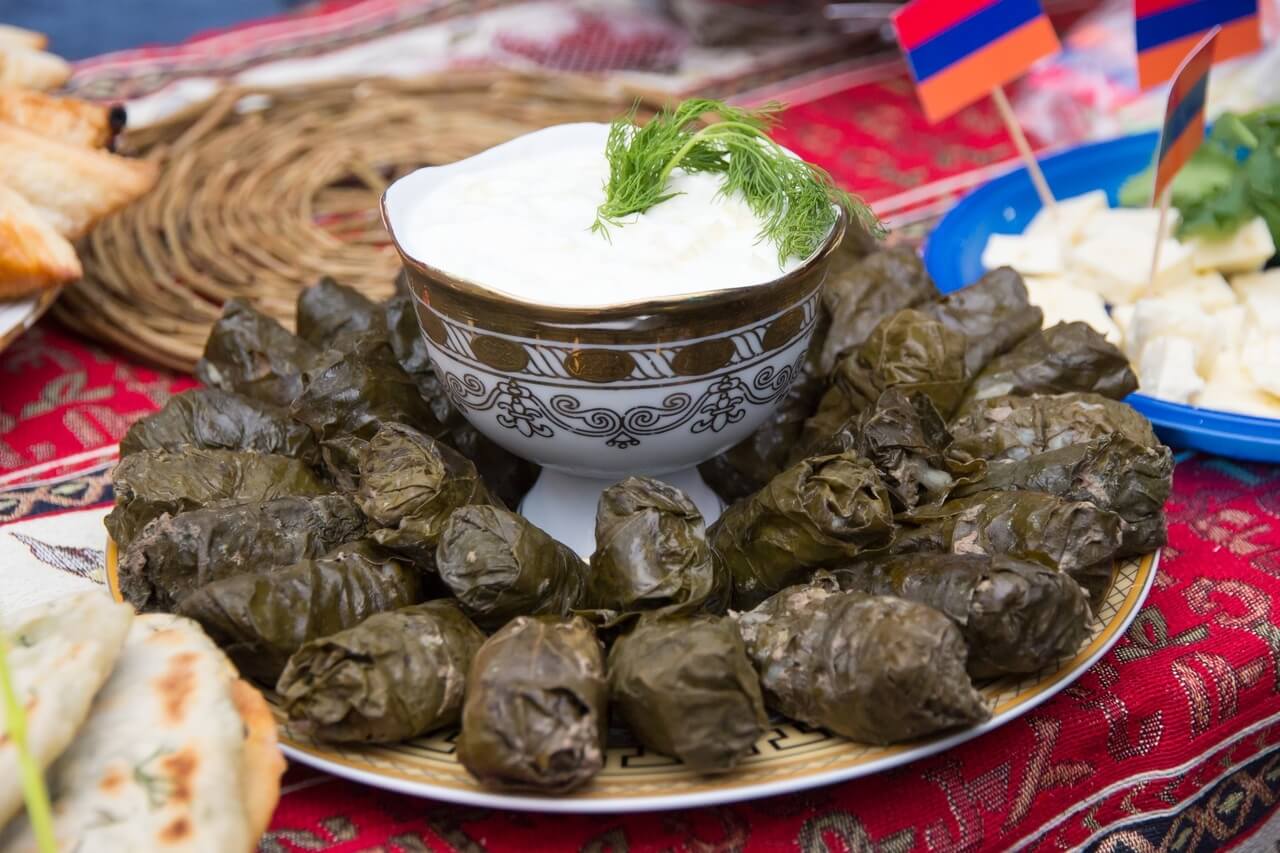 One of the species of Dolma is the famous “Pasuts Tolma”, it is like dolma but the filling is different and is served in a cool way. In the filling are the red beans, chickpea, lentil, bulgur, tomato and different greens.

It is one of the most popular New Year dishes. If you haven’t tried Armenian Dolma yet, don’t worry you have the opportunity to taste them in a famous Dolma festival.

The first Panamanian Dolma festival was held in 2011. The main goal is to strengthen Armenian traditional Dolma’s popularization. The other aim of the festival is to deny the wrong opinion about Dolma’s Turkish origin.

During the festival, the leading cooks and ordinary citizens from the different part of Armenia prepare the traditional Dolma in their own version. Nearly 60 types of the Dolma was presented at the 5th festival. The festival was accompanied by national songs and dances. After the tasting, all the Dolma special judges announce the winners of the festival.

In 2017 was prepared the longest Dolma (60m, 44 sm) which became a real sensation. So, be part of this national festival and taste the traditional, as well as new versions of tasty Dolma.

In 2018 the festival will take place on May 20, in Hnaberd town, Ararat region.

Bread in the Mountains