What are the world's most beautiful churches? If you've ever seen the churches in Armenia then surely you have the right answer.

Armenia is well-known for its churches and the unique church architecture. Here the Armenian church history dates back to the 301 when Armenians adopted Christianity as a state religion and became the first Christian country.

You may know that the religious centre of Armenia is the city of Etchmiadzin where the mother church of the Armenian Apostolic church - Saint Etchmiadzin Cathedral is located. We may say that this is a world-famous church because it's the first Christian church.

There are more churches and monastery complexes in the holy city including Saint Shoghakat Church, Saint Gayane Church, and Saint Hripsime Church. For this time, let's discover Saint Shoghakat - an attractive Armenian cathedral.

The History of St Shoghakat Church

St Shoghakat was erected in 1694 in the city of Vagharshapat which is mostly known as Etchmiadzin (in the Armavir region).

According to the evidence by a 5th-century historian - Agatangelos, when the 37 Christian nuns came to Armenia, the king Trdat the 3rd heard about the beauty of Hripsime - one of the nuns. He asked his servants to bring Hripsime. The nun resisted, and the servants martyred her on the king's order. Then the nuns came to bury their friend, and 32 of them were also martyred. 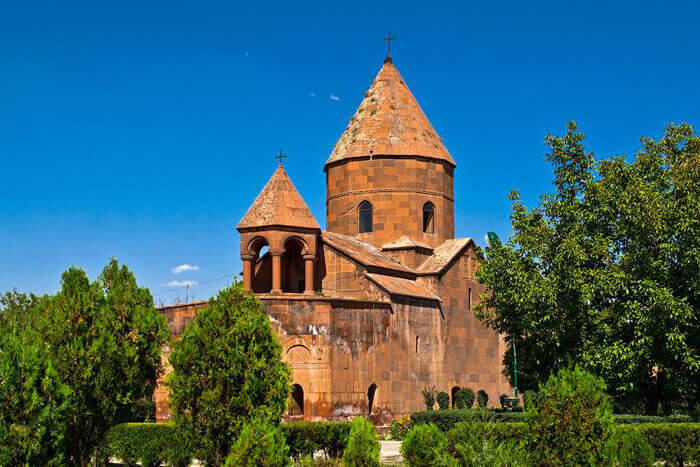 Right in the place where the nuns were martyred several churches were founded including Saint Gayane, Saint Hripsime, and Saint Shoghakat. Agatangelos didn't introduce who the nun after whom the church Saint Shoghakat was founded was.

However, later it was mentioned in some legends that the name of the nun was Mariane. While the name of the church "Shoghakat" comes from an Armenian word (Շողակաթ) which means "a ray fell". The name was given because a ray comes down from the sky right at the place. They say it was the ray of the Lord's light.

The Architecture of The Church

At the exact area where the Saint Shoghakat cathedral stands today was once a church of the 6th or 7th century which wasn't survived. However, they believe that the present-day church was built on the foundation of the old chapel. Currently, Shoghakat is a domed single-nave basilica. The architectural structure of the building is typical to the Medieval times that's why we may think it's built on the style of a church of the 6-7th centuries.

There are some ornamentations on the walls and also cross-stones (Armenian Khachkars). All the frames that surround the windows, as well as the large arched entry, are highly ornamented with geometrical patterns, khachkars, and rosettes. Some six columns support the cupola of the church. It's part of the church structure which forms the dome. The church was erected with brown tuff stone. On the west side of the church, there is a porch, while on the east side, you'll find a prayer hall and an altar. 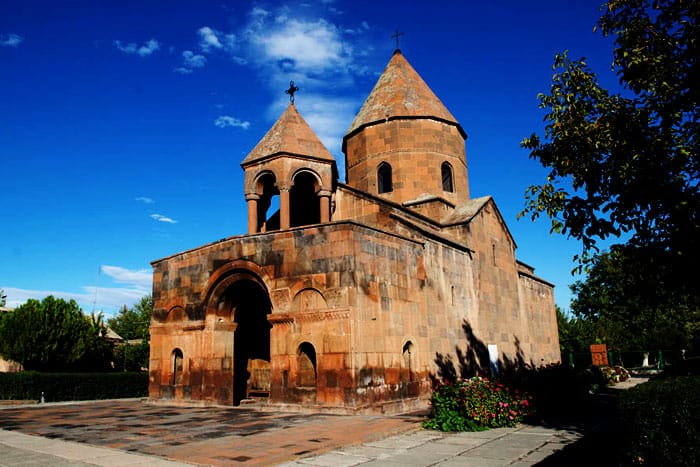 The interior of the church building is distinguished by the Laconicism of its layout and spatial arrangement. It is fully perceived upon entry of the only door. The Catholicos Nahapet the 1st of Edessa - the founder of the temple, and the Catholicos Abraham Kretatsi are both buried in the territory of the church. The church is situated in a small garden like area, where you may walk around and enjoy the beauty of the Armenian nature.

Saint Shoghakat temple or as Armenians say "Surb Shoghakat" is included in UNESCO's World Heritage list along with the mother cathedral Holy Etchmiadzin, and two other churches in the city of Etchmiadzin that honour two other martyred nuns - Saint Gayane and Saint Hripsime. Saint Shoghakat church was added to this list in 2000.

Your Holy Tour To The Saint Shoghakat Church

The fantastic thing is that all of these four churches are located in the same city and you may visit all of them in one day. It's possible to start the trip from Yerevan and return on the same they. So you don't need to stay in Etchmiadzin. You may even organize your Holy tour inside the Holy city on foot. In that case, you may talk to the native people. Surely, they'll tell you stories about these Holy places. On the other hand, you'll get familiar with the Armenian culture and history. 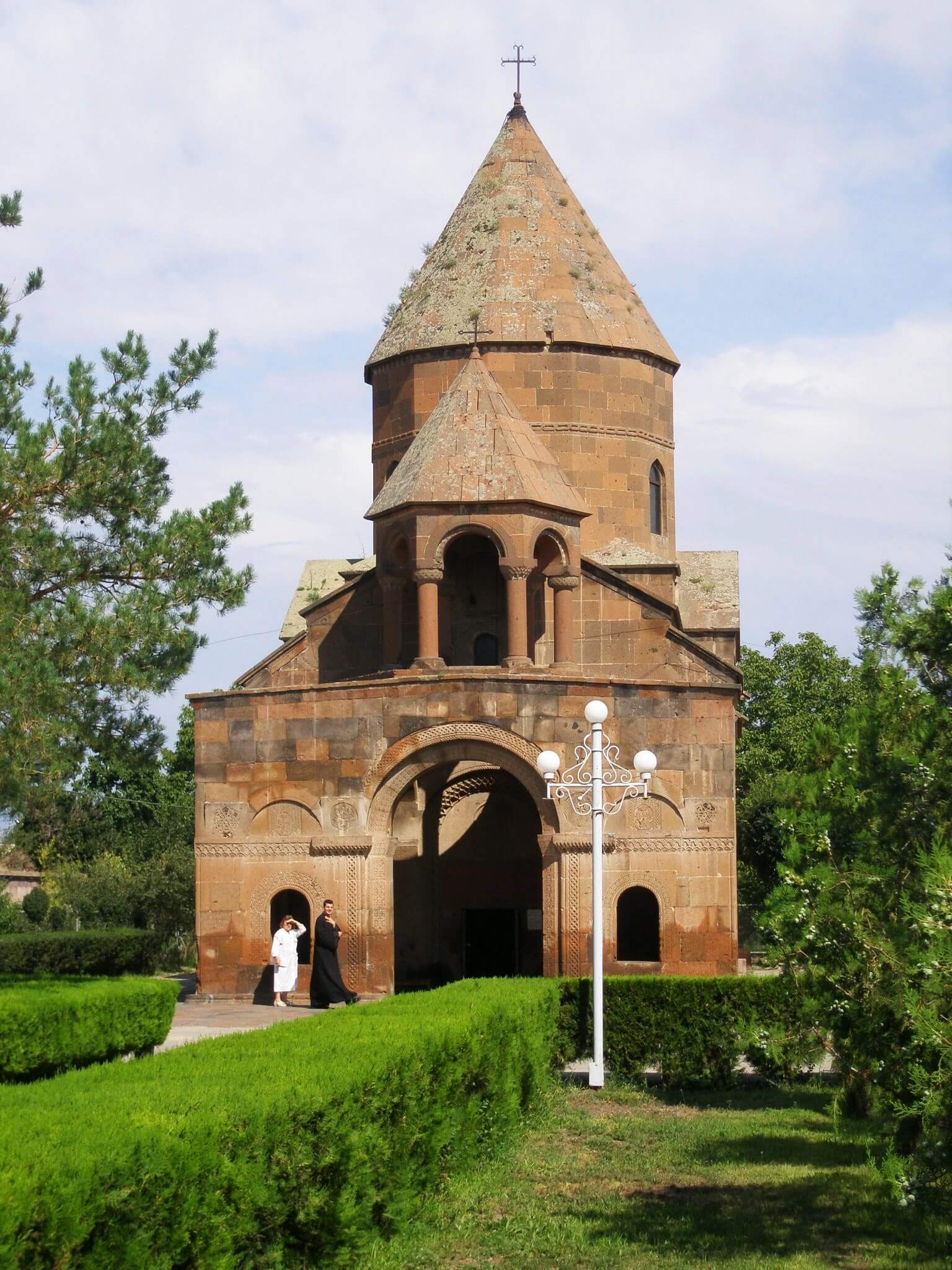 Not far from the church Saint Shoghakat, 3 kilometres far from the Etchmiadzin city, the Zvartnots Cathedral is located. You may include this historical monument in the direction of your Holy trip.