Have you ever wondered about what is the language of Armenia? You’ll glad your curiosity by reading this article. He was an early medieval linguist, theologian, composer, statesman, and hymnologist. However, most of all he is known for the invention of the Armenian alphabet.

They say that Mesrop Mashtots (also spelled as Mesrob Mashtots or Mesrop Mashtoc) was born in 361 or 362 in a noble family. His pupil - Koryun mentions that he had a good education and was fluent in Greek, Persian, Asorian, and Georgian. He could read the Bible and orally express the message in Armenian.

Although Armenia first adopted Christianity as a state religion the majority of the population was just called Christian without understanding  the idea because they couldn't read the Bible. There weren’t Armenian letters, the Bible was either in Greek or in Asorian that weren't available for the society. So, they were satisfied with the oral translation by Mashtots. 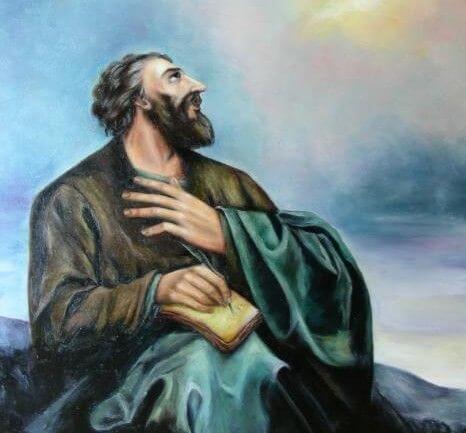 However, in 387, a difficult situation happened in Armenian history. The country was divided between the Byzantine Empire and Sassanid Persia. The country lost its independence, and the division to two parts could cause the assimilation of the Armenian nation.

The Invention of The Armenian Alphabet

The invention of the Armenian alphabet could be a solution cause the official language of the state was Greek at that time. So, Mesrop Mashtots took the responsibility of creating the Armenian script on his shoulders.

Mashtots had a mission to translate all the religious materials into Armenian, to found develop the Armenian literature, to save the nation from assimilation, and to preserve the Armenian ethnicity.

In 405, Mashtots created the phonetics of the Armenian language. The letters were appropriate for education, translation, and school systems. Wonder about how many letters are in the Armenian alphabet? There are 39 letters and 36 sounds. 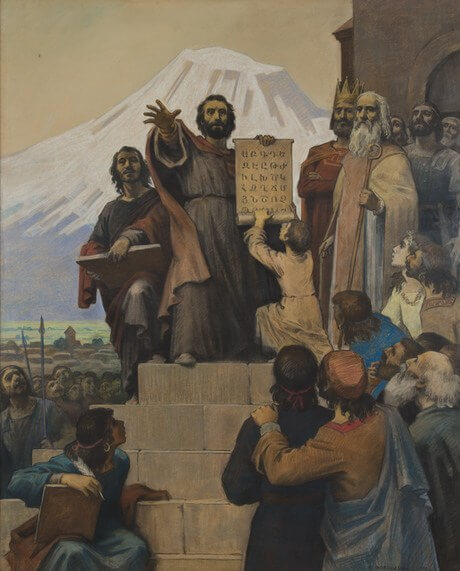 After inventing the alphabet, Mesrop Mashtots faced another problem. In the whole territory of Armenia, people were talking in various Armenian dialects. So, he should establish a phonetic rule for literary Armenian. However, he managed to implement his great job taking into consideration some factors of the language.

People say that Armenian sounds are hard to voice. Some similar sounds confuse foreigners. However, if you want to learn Armenian, you are always welcome to ask for some advice to any Armenian.

The Translation of The Bible

Once Armenians had an alphabet, they thought about translating the Bible into Armenian. It is an expected step by Armenians as the first Christian country. And, of course, Mesrop Mashtots should be the special one to implement this mission. He started the holy translation, and the first sentence that was written in Armenian was “To know the wisdom and instruction, to understand the words of insight” (Ճանաչել իմաստությունն ու խրատը, իմանալ հանճարի խոսքերը...). 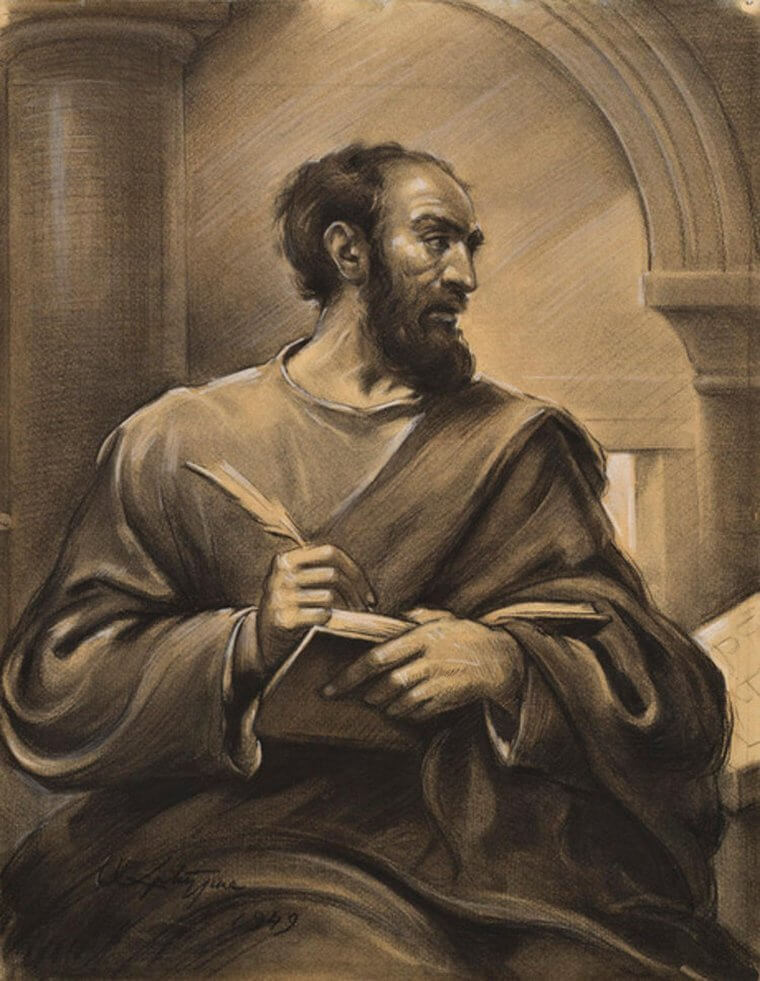 This translation wasn’t hard for Mashtots cause he knows the holy book by heart. He was just required to check it once more and write down through the new letters.

Mesrop Mashtots died in 440. His corpse was transferred to the village of Oshakan (Aragatsotn Province) near the town Ashtarak in the bank of the river Kasagh. He was buried in a church founded by Vahan Amatuny. This church is called Saint Mesrop Mashtots to honor the great Armenian. Mashtots was counted as a saint of the Armenian Apostolic Church. Oshakan has become a site of pilgrimage.

A lot of state and social organizations, schools are named after the inventor of the Armenian alphabet not only in Armenia but also out of the borders of the country. There is Mesrop Mashtots University in Yerevan.

One of the central streets of Yerevan - Mesrop Mashtots Avenue, is also called after the great Armenian. This street leads you to Matenadaran - The Mesrop Mashtots Institute of Ancient Manuscripts. In front of the building, you’ll see the statue of Mashtots with his well-known student - Koryun. 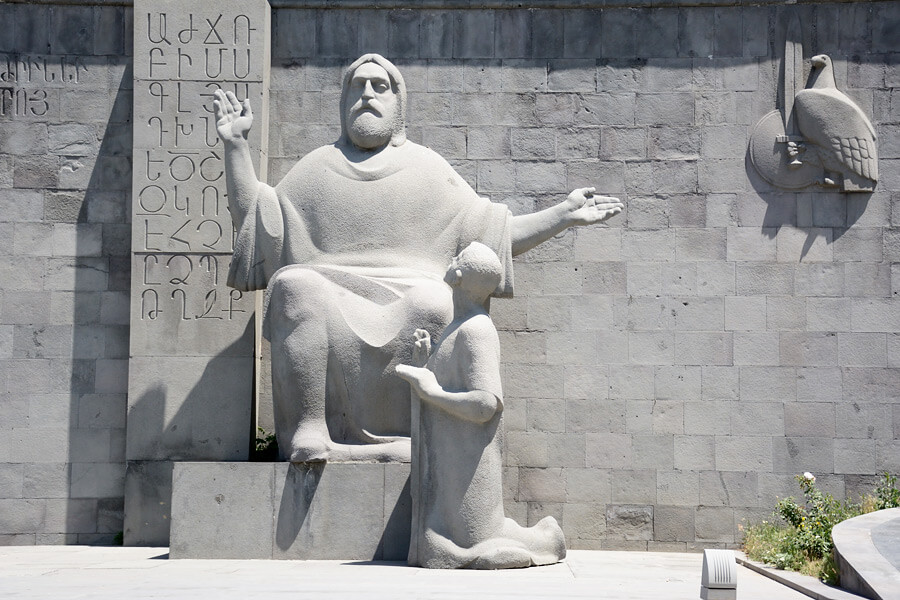 Mesrop Mashtots is an Armenian national hero, saint, and educator. He is also known as “Mesrob The Vartabed” or “Mesrop The Vardapet”. The word “vardapet” means a teacher, educator.

The famous Armenian writer Avetik Isahakyan expressed his opinion about Mashtots “The letters created by Mesrop Mashtots saved the Armenian language and culture from the Byzantic crater. As a result, Armenians didn’t adopt the Zoroastrianism. Although they stayed alone, they saved their identity, culture, and spirit”. This is a very powerful speech by the poet that fully expresses the situation created in Armenia.

Throughout their history, Armenians have much struggled to preserve their language and religion. The work of Mesrop Mashtots is still alive and will continue to be an inseparable part of the Armenian identity and culture.

Interesting Things to Do in Natchez Trace