Speaking of excellent humour, the Armenian people are among the first. We have a fantastic ability to see the fun in every dark situation. It’s hard to argue with any Armenian that laughter is not the best medicine. Recently, Mikhail Galustyan, who is a prominent Russian-Armenian comedian, has shared his opinion in one of his interviews. He said that the existence of this feature is due to the hard time Armenian people had. They have tried very hard to hide the sadness of their eyes. And the best way to make their lives happier is to make up jokes and find laughter in every complicated situation they appear, and each problem they encounter. 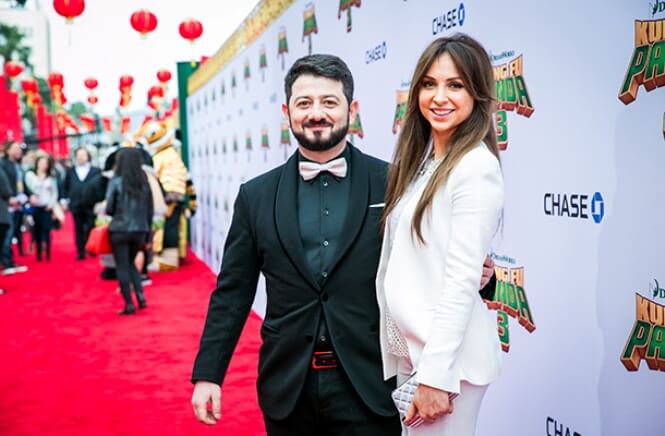 Armenian humour is something handed down through the ages. It seems that Armenian humour is so meaningful and varied. It is as various as many dialects of Armenia. Every Armenian region has its unique dialect and features, and each of them is famous for its characteristic humour and jokes.

The people of Lori Province differ from the other areas in their pure naivety, and some Lorian jokes concerns to that feature․There are a lot of jokes about the people of Aparan city. These people often differ from other regions in an inability to understand the most straightforward logic.

Gyumri is another land of humour. The people of Gyumri are a little rude and more sarcastic. They are the people whose accent is unrepeatable. It is not in vain that many Armenian humorists and comic actors are from Gyumri. The most famous artist is Mher Mkrtchyan, whose films are precious treasures in Armenia art.

One of the favourite characters in Gyumri is Vardanik, a playful boy, his naughty friends, and his teacher, Ms. Margo.

A friend asks Vardanik,- ”Why didn’t you came to class yesterday?”
“I had a toothache.”
“Do you have a toothache now?”
“I don’t know; my tooth is at the dentist”...LOL

Ms Margo asks Vardanik,- “You have six apples, and you give the half to your brother, how many apples will be left?”
“That’s clear, 5 and 0.5 apples”.

As mentioned above the people of Lori region differ in their naiveness. Here are some funny examples for you.

A man who is dying tells his beautiful wife,- “Dress in your best clothes and wear your best jewellery.”

She says,- “How can I have the spirit to dress like that when you’re going to die?”
And the husband says,- “If the angel Gabriel sees you like that, he may take you instead of me.

Here are some funny jokes about the people of Aparan, who are always prominent for their lack of logic.

A man from Aparan was trying on shoes. He saw the numbers inside the boots, 10, 12, 9, but didn’t know what they meant.
He asked the shoe salesman,- “Are these the speed of the shoes?

A twin man from Aparan killed his brother.
When asked why he killed his twin, he said,- “I was trying to kill myself and got confused.”

A man from Aparan was asked,- “How long it will to drive from Yerevan to Abaran.”
He said,- “Two hours to Abaran, and three hours back to Yerevan.”
When asked why it took two hours one way and three the other
he replied,-Do you think it’s easy to back up that far?

A man from Abaran wants to marry a girl who makes specific demands...
“You must have a Mercedes, property, and a large two-story home.
The next day, his friend found him sitting in a depressed mood.
He asks,- “Why are you so depressed.”
He says,- There was no problem with the girl’s demands about having a Mercedes, but being my house had three stories, how could I destroy the third floor without demolishing the rest of the house?

Another humorous region is Gegharkunik. When it concerns the jokes, the most famous city is Kyavar. The people of Kyavar are going crazy about vodka. Especially on the holidays many of them are always drunk. And many funny jokes are associated with that habit.

Father and son go to New York from Kyavar. While walking beside a tall building, the son asked his father,-
“If someone fell from the top of the building, how long it will take to kick the ground”.
“Three or four days”,- the father said.
“Would the person die?” the son asked.
The father said,- “If someone doesn’t have a drink in three or four days. As a result, he will die.

Armenian people make up such funny jokes about the appearance and traits of the feature. The sense of humour is everywhere, in every Armenian family. The Armenians always keep finding happiness in any situation. Armenian humour is still actual. The old generation has created one of the parts of Armenian art. And the new generation keeps making up new ones, without spoiling the old ones.