Armenia is not only well-known for its churches and monasteries but also for its fortresses and castles. These buildings which, as a rule, are situated at the high hills of the Armenian mountains, compose an important part of the Armenian cultural and historical heritage.

There are many Armenian castles and fortresses in different regions of the country. One of the most famous ones in the Amberd fortress we are going to investigate.

The History of The Amberd Fortress

Amberd is a 10th-century fortress located in the Aragatsotn province. The castle is situated right on the southern slopes of the Mount Aragats at the confluence of the Amberd and Arkashen rivers. This historical site is 50 kilometres far from Yerevan. The history of the Amberd fortress dates back to the Bronze Age and the Urartian periods.

According to some sources, the castle used to be a summer residence for the Armenian kings. According to other sources, some parts of Amberd were constructed in the 7th century. The fortress was bought and rebuilt by the House of Pahlavuni in the 11th century. 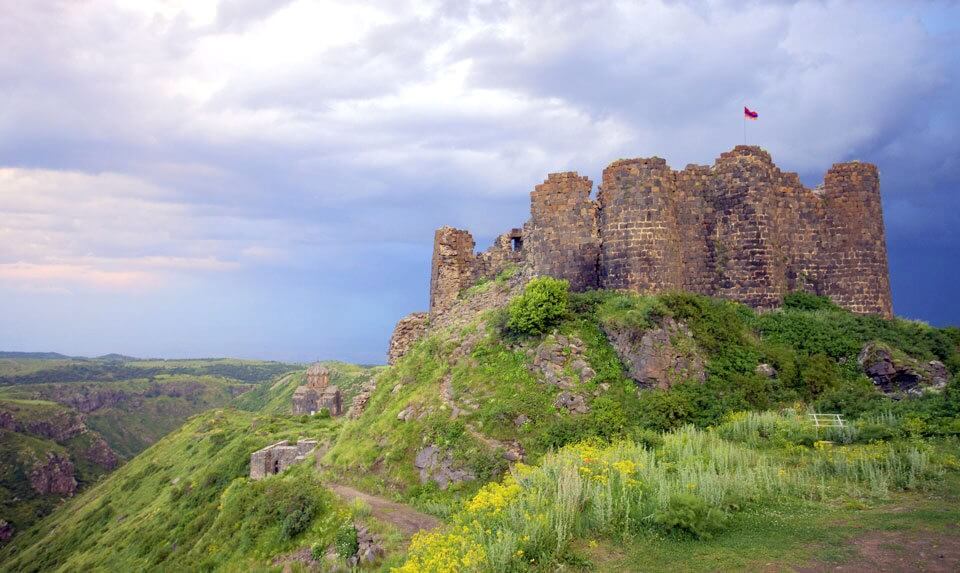 It was then when the great commander Vahram Pahlavuni order to build a church. The same church was called Vahramashen to honor the commander. Vahramashen means “Founded by Vahram”. According to some sources, this church was built in 1026 and until today it keeps its original state.

During its history, the castle was at the center of the enemies’ attention. In the 1070s, the Amberd fortress was invaded by Seljuk Turks. They convert the castle into a military base. Fortunately. This historical place was liberated by the Armenian and Georgian joint army led by the General Zakaria Mkhargrdzeli. During the Zakarian control, the fortress was renovated.

In 1215, Amberd was purchased by a noble - Vacheh Vachutian, who make the castle an important defensive site in the region. Later in 1236, Amberd was once more destroyed by the enemies. This time the Mongols captured the beautiful fortress. 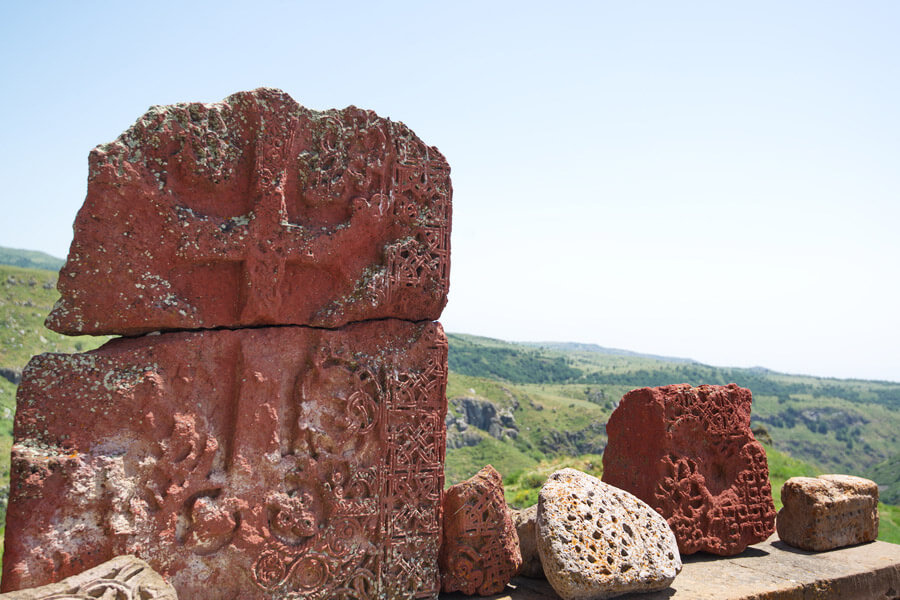 The place remained abandoned until the 20th century. From then on some reconstruction works started. Along with these works some archaeological excavations were carried out. These excavations found out numerous underground walkaways that lead to rivers. They say that there used to be a water supply system. However, the most mysterious finding was Armenian lavash dating back to the 12th century. And you know, the lavash was still edible.

The Name of Amberd

The name “Amberd” has an Armenian origin. It means “The fortress in the clouds”. The name consists of the words “Am” comes from the Armenian word “Amp” which means “cloud”, and the word “berd” means “fortress”. I think this historical and cultural monument got its name due to its location. It stands on a high rocky cliff of 2.300 meters (7.500 feet) above the sea level. The high location of the fortress makes it rise up through the clouds.

The Architecture of Amberd

Amberd is the largest standing fortresses in Armenia which is one of the most powerful ones in history. The architecture of the castle is simple, constructed to meet the basic needs. The walls are made of massive basalt tiles. The purpose of such walls was to serve to protect from weapons. The thickness of the walls reaches up to 4 meters. 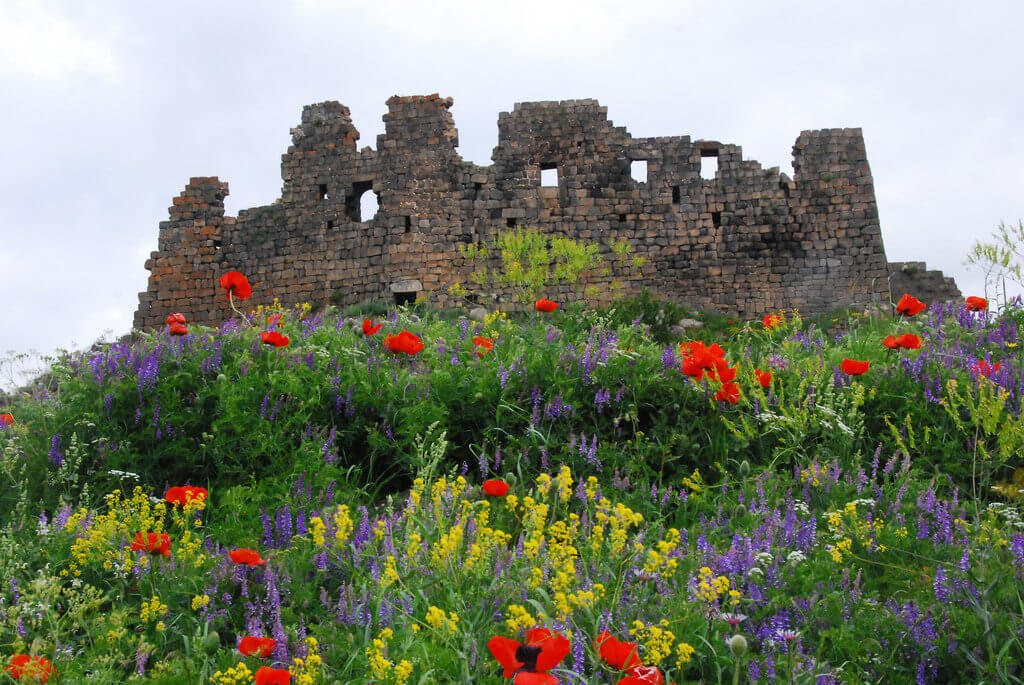 The interior of the castle includes three stories. The floors are separated from each other by wood planks. Both the first and second floors used to cover five rooms. These rooms were arranged in an order so that you entered each of the rooms through the previous room.

The third floor used to serve for the reception areas and private rooms for the royal inhabitants. The building includes walls, baths, and several gates.

A Tour To Amberd

Amberd Armenia is a real destination for those who want to explore, discover the history, hike, and investigate cultural monuments. This is the reason why Amberd is a lovely place not only for Armenians but also for thousands of foreigners who visit Armenia.

The Amberd fortress isn’t much far from the capital. If you are in Yerevan you may appear in the fortress a few hours later. You can arrive at the slopes of Aragats by car, although you won’t be able to avoid some hike on foot. You come to a point where the only path up to the fortress is a carved one. And your only way to arrive at the fortress is to hike upside this way.

However, this trip is very adventurous and attractive. The most fascinating moment is when you finally arrive at the top of the fortress. Here you may enjoy the breathtaking view of the Armenian mountains and overall pictorial nature.

If you are fond of historical places you’ll surely want to visit this ancient fortress which is a unique but not the only castle in the Armenian history. You may investigate more about this historical and cultural heritage by visiting Armenia. And here, you are more than welcome.