The Blue Mosque is a prevalent sight in Yerevan - the capital of Armenian. The Armenian government accepts it as a unique monument of national significance. Due to its architectural, and historical importance, the Blue Mosque is a cultural value included on the waiting list for being involved in the UNESCO World Heritage list.

This is a place that you should visit while arriving in Yerevan. Especially, if you are interested in discovering another historical spot in Armenia, then you are in the right place. In this article, you may investigate the architecture and structure, history, culture, and interesting facts about Yerevan blue mosque - the ancient still a modern structure.

Blue mosque is the only mosque standing in Armenia. The rest are either deserted or destroyed. The construction works started in the 18th century. It was in 1765-66 while Armenia was under the Persian power, Hussein Ali Khan built the mosque.

About a decade later, this Persian mosque underwent significant remodeling activities, while it was under the Russian administration. The next rehabilitation took place at the beginning of the 20th century. And in 1827, when the Russian powers occupied the capital, the Mosque was considered to be the largest one among the 8 mosques in the city. 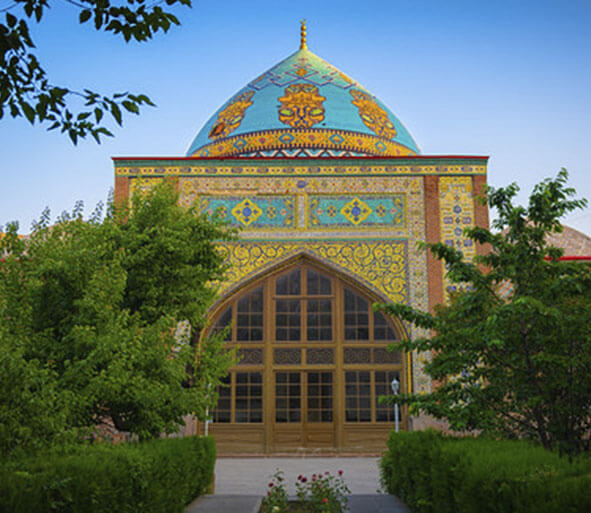 Luigi Villari - an Italian historian and traveler, mentioned the mosque in his book that is called “Fire and Sword in the Caucasus”. In this book, Luiji speaks about the name, role, significance, and influence of this mosque in Armenia.

Once the Soviet rules were already organized in Armenia, the reconstruction of the mosque was started. Both the entrances and exits of the mosque were substantially customized. The general gate, that was located on the southern side and to the right of the citadel, was blocked. The western gate was blended into a residential system that was hardly noticed as a doorway. The access from the northern side became the only one. This is available and apparent from the Mashtots Ave. Even in 1924, according to Alexander Tamanian's Yerevan scheme, the blue mosque was located more than 2 meters below the street level. To arrive there, visitors need to move downwards the shuttle of steps.

In the middle of the 1920s, the mosque operated as a spiritual organization. The yard in the territory became a “creative space” for the Armenian artistic society, authors, dramatists, scholars, and philosophers. There are many trees in this patio that protect the area with a shadow. 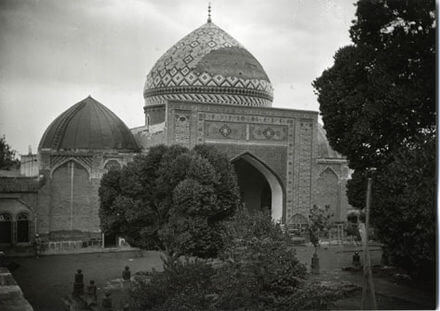 In this yard, a teahouse was located. More often, it was used as a hub for creative meetings. They say that Martiros Saryan, Yeghishe Charents, Aksel Bakunts, and many more artists were among the regular visitors. While Armenian-American writer William Saroyan, Russian novelist Andrei Bely, Russian Jewish poet Osip Mandelstam, and others were among the foreign guests. The patio was used either for demonstrations or as a lab or testing room for the native creative creators. This laboratory served for democratic immateriality.

At the same time as the Soviet era, in the 1930s, the Anti-Religious Museum, then afterward the Museum of Antifascism resided at the Mosque. Later the Museum of Natural Sciences was located there till the fail of the Soviet Union. Inside the general prayer hall, the mosque involved a planetarium. For some period, the Yerevan History Museum also resided in the Blue Mosque.

There is an interesting fact about the Blue Mosque: in the scope of the Nagorno-Karabakh disagreement, in the late 1980s, the mosque didn’t endure any loss or destruction as it was considered to be Persian (not Azerbaijani) and furthermore it resided the history museum of the city. 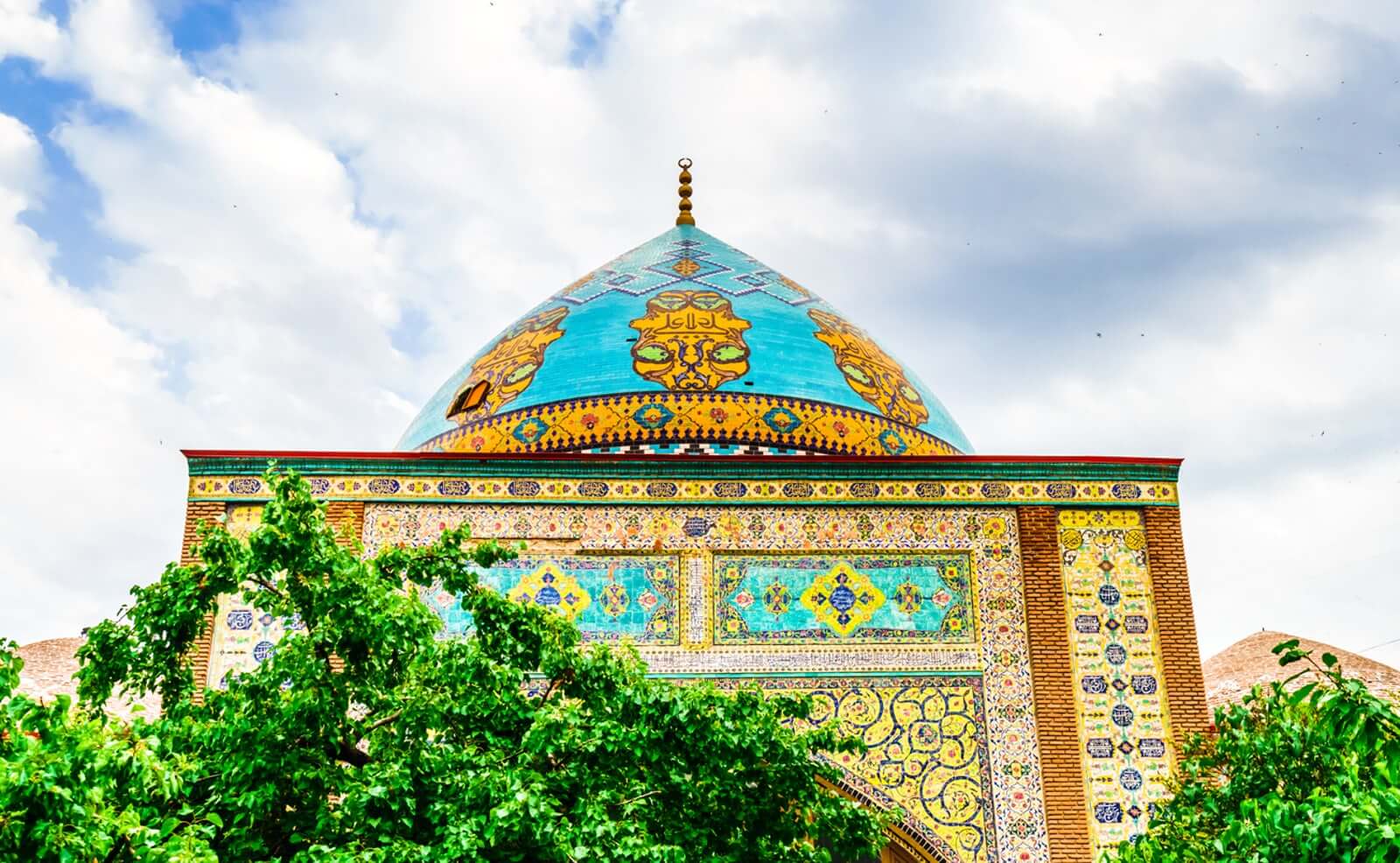 In 1991 an initial contract was obtained between the city jurisdiction and the Iranian delegation to rebuild the mosque. As a result, from 1994 until 1998, the mosque was subjected to a major renovation. In 1996, the mosque was reopened as a spiritual organization. Another restoration was implemented from 2009 to 2011.

The Yerevan Blue Mosque is the only processing mosque in Yerevan and overall Armenia. This is a country that covers a limited number of Muslim inhabitants (merely a 0.03% of the full population). The mosque has become an artistic and spiritual place not only for the Iranian inhabitants in Armenia but also for tourists coming to our ancient country. 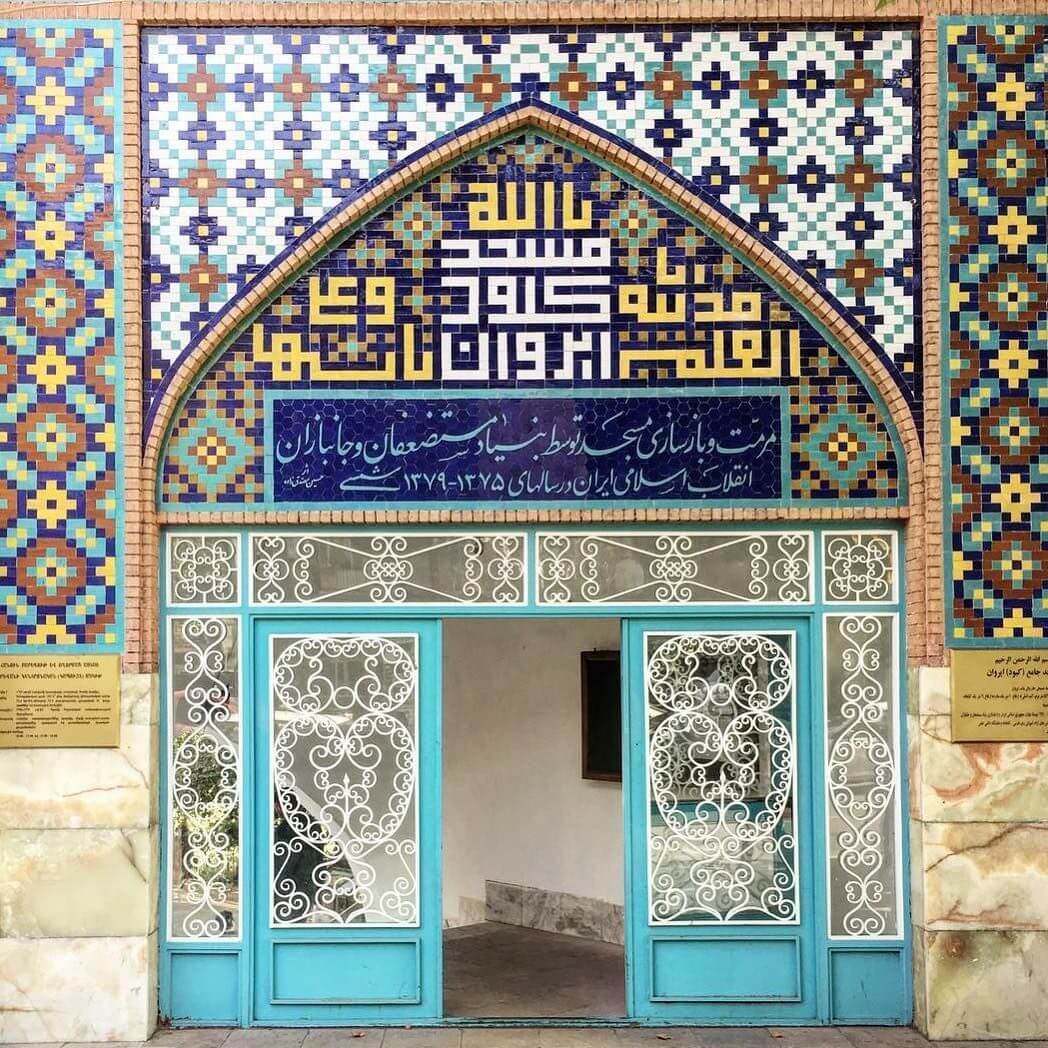 What attracts the Armenian youths who tend to get familiar with the Persian, is the Iranian Cultural Center located in the mosque structure. There is also a Persian library named after the poet Hafez. This study association was founded in October 2014 and contained over 8,000 components. In December 2015, the Armenian administration rented the mosque structure to make it serve as a creative artistic place for 99 years to the Iranian embassy to Armenia.

Thanks to the Armenian authorities, the Blue mosque is involved in the list of monuments that have national value and importance. Being situated in the heart of Yerevan, this is one of the ancient structures in the center of the city and the only surviving construction left in the capital from the Iranian times. 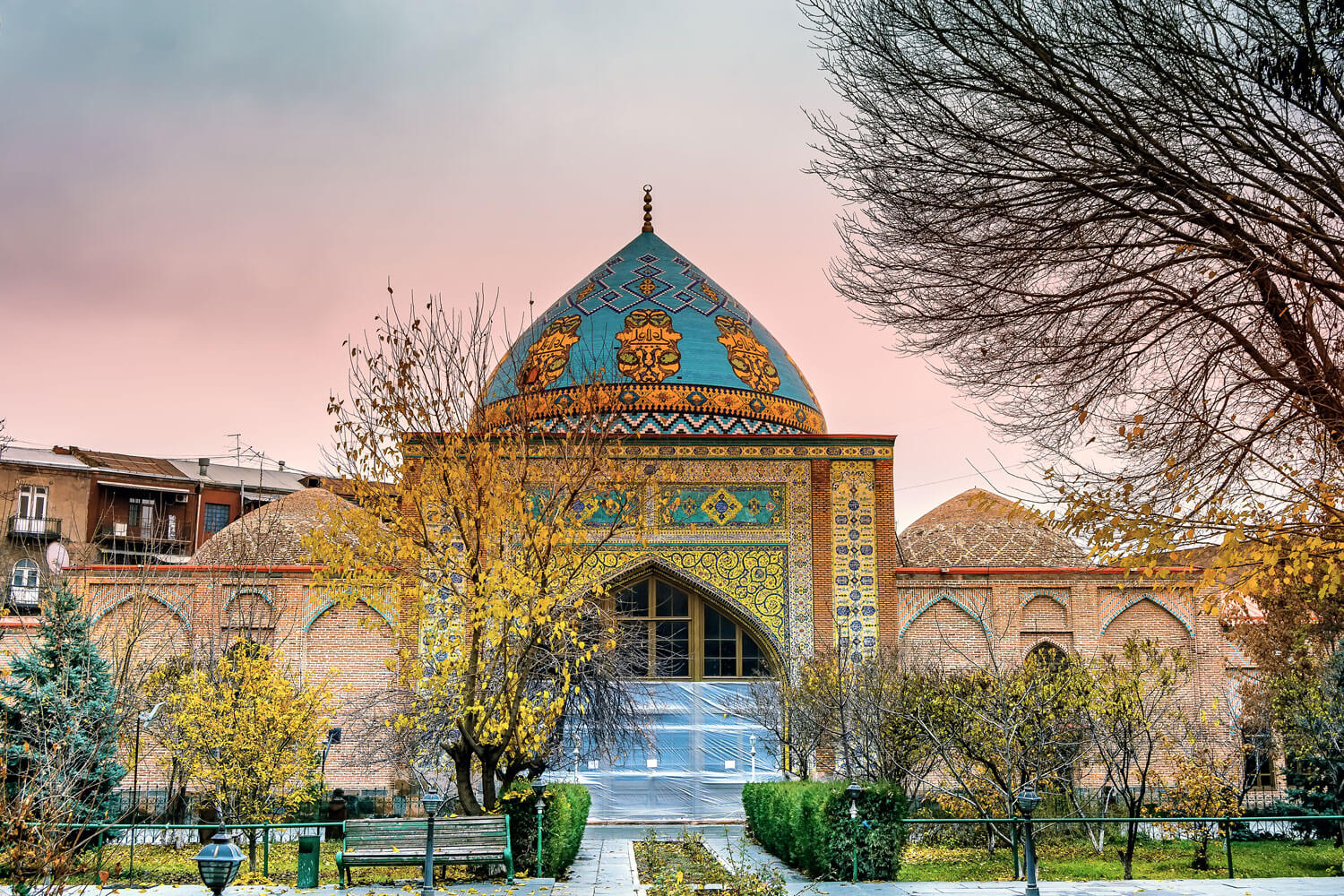 The mosque includes common Shia patterns, as for instance, a minaret, holy inscriptions, 3 mihrabs (halls established for prayers), etc. The mosque consists of 24 arched cells that look at the basin in the center of the patio that is encircled by a rose yard. The minaret that rises high at 24 meters has a 7-degree hill, yet, it is still considered not to be dangerous from the architectural perspective.

If you want to be a guest of the Blue Mosque in Yerevan, then you are more than welcome. The available hours are from 10 AM to 1 PM (1 PM - 3 PM break) and from 3 PM to 6 PM. The Yerevan Blue Mosque Prayers happen twice a day at 1 PM and 7 PM.

After all, I would like to tell you that the Blue Mosque is a must-visit place (regardless of your religious beliefs) once you are in the capital city of Yerevan. This is the place where a foreign culture meets the local one. As a result, there is much related to the culture, history, and architecture, to investigate in this sight. Welcome!

One of the most ancient cities in the world