Tourism is a key part of the Armenian economy, with almost 2 million people visiting the country in 2019. The vast majority of these people arrived from Russia, Iran, the United States, and countries within the European Union.

Having been ranked the 9th safest country in the world, putting it on par with Switzerland, Armenia is a great place to visit. And with budget airlines like Ryanair, Wizzair, and AirBaltic all flying into Yerevan, there has never been a better time to explore the wonders of the country’s capital city.

If you’d like to join the millions already visiting Yerevan each year, here are some great things to do while you’re there.

Armenia has a long and rich history that can be traced back centuries. The History Museum of Armenia is a great way for you to learn about the country’s past, including a large collection of Bronze Age artifacts that were discovered in the mid-20th century. 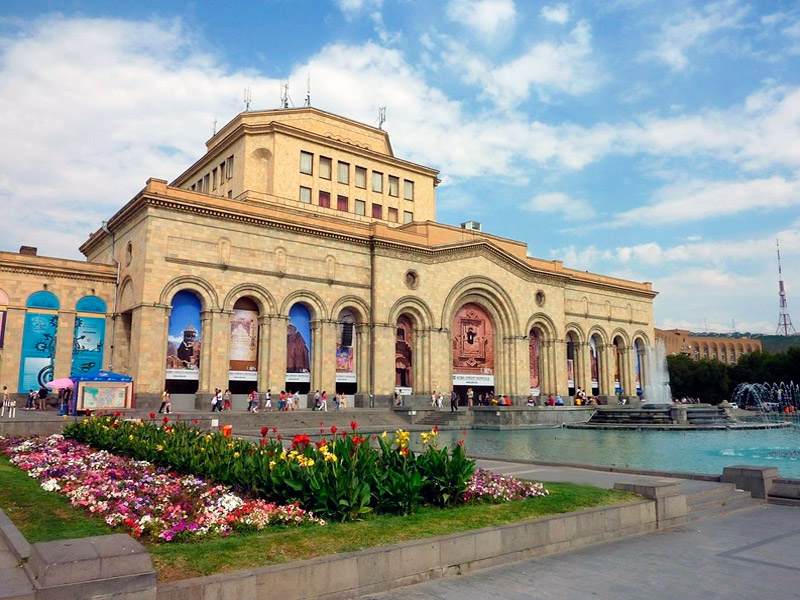 There’s also a large collection of traditional Armenian outfits from the 18th and 19th centuries, and even a leather shoe that is more than 5,000 years old.

Foreign visitors can make use of the English and Russian language labeling and information, which will tell you everything you could want to know about the exhibits.

On the top floors of the museum, you’ll find the National Gallery of Armenia. It’s packed with pieces from Russia and Europe, as well as two floors of work from domestic artists, including Hakob Hovnatanian, Vardges Surenyants, and Martiros Sarian.

Outside the History Museum, you’ll find Republic Square. Right in the heart of the city, it’s a bustling center of activity where locals go about their daily business. It spans 30,000 square meters and contains a large pond and musical fountains. 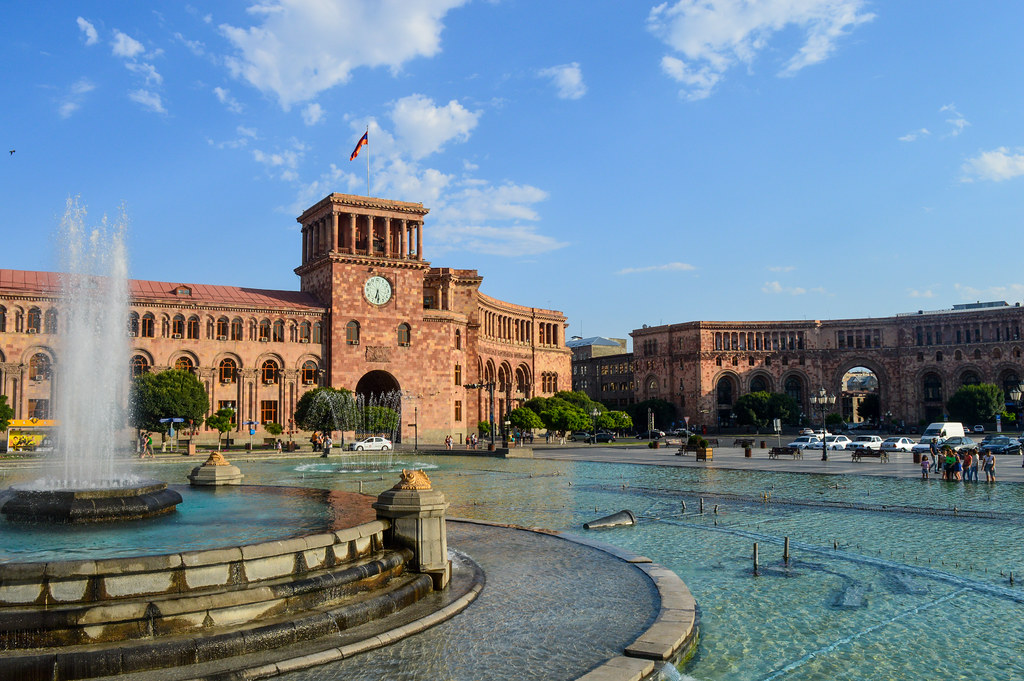 In addition to the History Museum, you’ll find other notable buildings around the outside of the square. This includes Government House, the official residence of the Prime Minister, and the Armenia Marriott Hotel.

Armenia has a strong casino industry, with large gaming facilities operating around the country. There are several in Yerevan, although most are located on the outskirts of the city. If you'd like to stay in the heart of the capital and still have a flutter, the Royal Play Hall GoodWin is a great option.

It offers a wide range of games, including most table games and video poker. Video poker is slightly different from most popular variants of live poker games as it's played against the computer-controlled dealer instead of other players. However, if you are a regular poker player, you'll be familiar with the hands and the rules.

Royal Play Hall GoodWin also has several large TV screens where you can watch and bet on live sports, and a bar that serves up a selection of popular local and international drinks.

The Cascade Stairway and Museum is also located in the center of Yerevan. It is a large set of stairs made from limestone. Constructed during the 1970s, the stairway connects the Kentron and Monument areas of the city together while also giving great views of the city to those that climb up it. 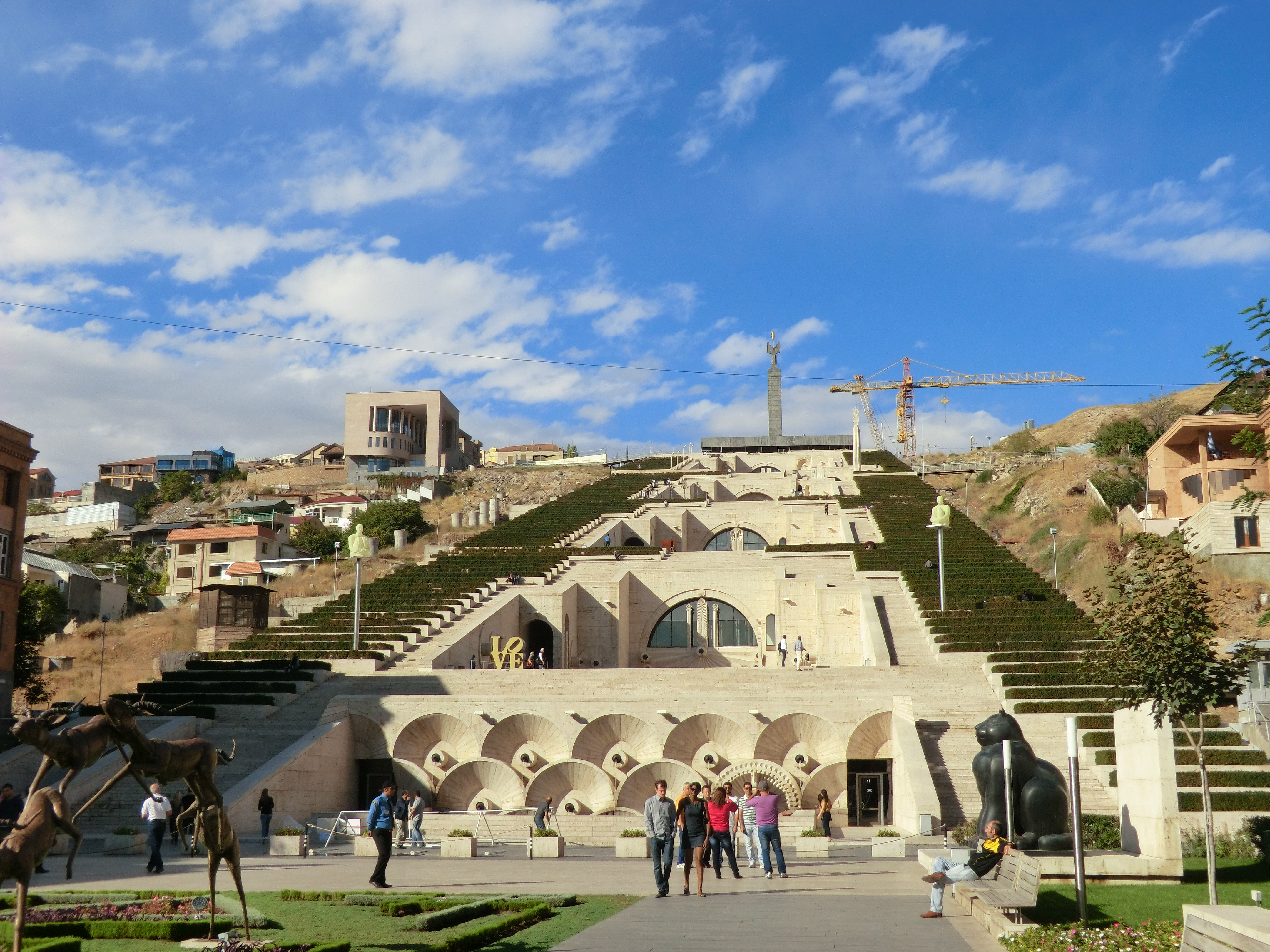 In between both stairways is a selection of fountains and sculptures with exhibition halls and the Cafesjian Center for the Arts located under the surface of the steps.

A large, beautiful garden can be found at the base of the stairway, containing a lot of foliage and statues.

The Cascade Stairway is a great place to stop for a drink or a bite to eat with a number of cafes and restaurants found surrounding the tourist hotspot. It’s a great place to visit in the evenings as well, as you can enjoy views of the garden and the rest of the city while they’re lit up in a sea of beautiful colors.

Whatever, you’re interested in, Yerevan offers a great mix of things to see and do and should be on every traveler’s “must visit” list.