In Vayots Dzor province near the Areni village, there is an old cave with an exciting and mysterious past. The name of the cave is Areni-1 which was chosen for the location of the cave. But very often people call the cave “Bird Cave.” 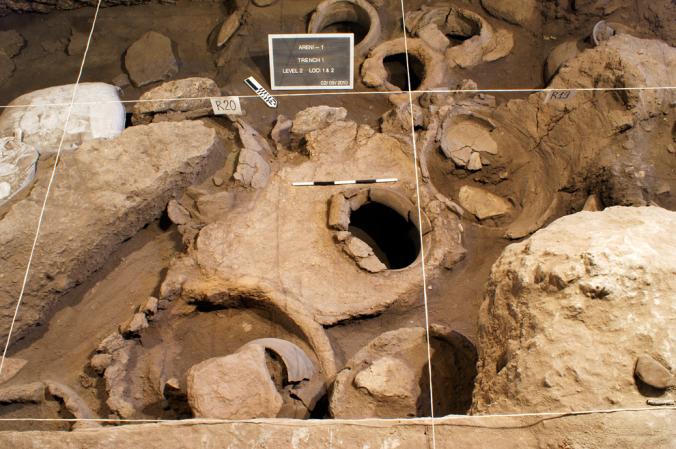 In 2007 a team of Armenian and Irish archeologists was doing excavations in Areni-1 cave. They found a 6100-year-old winery which was well-preserved 2-foot (60 centimeters) deep vat, along with a 3.5-foot (one meter) long basin. It was made of clay and covered with malvidin.

The excavations were carried out by Boris Gasparyan and Ron Pinhasi. Researchers mention that the winery consists of fermentation vats, a wine press, storage jars, and pottery sherds. Near the winery there were grape seeds, remains of pressed grapes, prunes, walnuts, and desiccated vines. 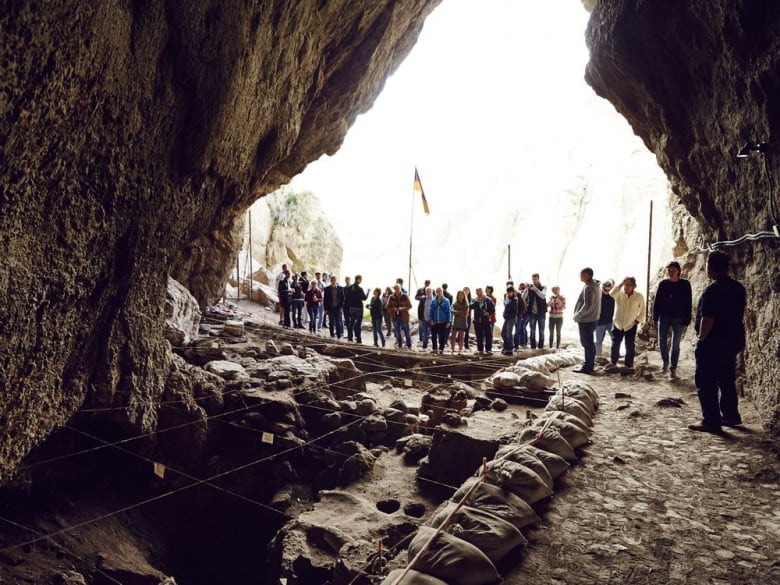 In 2008 Gregory Areshian from the University of California, Los Angeles (UCLA) became the co-director of the Areni Project. After that UCLA started to sponsor the project. In 2010 the excavations of the winery in Areni-1 were completed.

Researchers suggest that this winery set was used for funeral ceremonies. The reason for this is that near the winery they found many graves and drinking cups. In 2011 the results of the research done in UCLA were published in the Journal of Archaeological Science.

During his interview, Gregory Areshian mentioned: "For the first time, we have a complete archaeological picture of wine production dating back 6,100 years." According to him in order to make wine, winemakers pressed the grape with their feet in the clay basin. After that, the juice of grape would drain into the vat, where it would remain to ferment until being stored in jars. 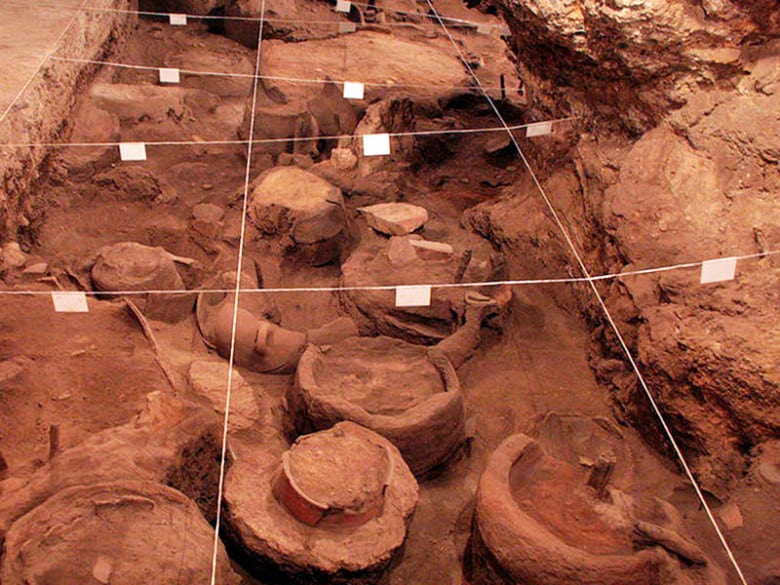 In 2008 other excavations began in Areni-1 by an international team led by Boris Gasparyan. During these excavations, a 5500-year-old leather shoe was found. Because of cool and dry conditions of the cave, the shoe didn’t lose its shape after thousands of years and was in excellent condition.

In 2010 the journal PLOS One published about this finding in Armenia. The shoe was officially announced as the oldest leather footwear in the world. 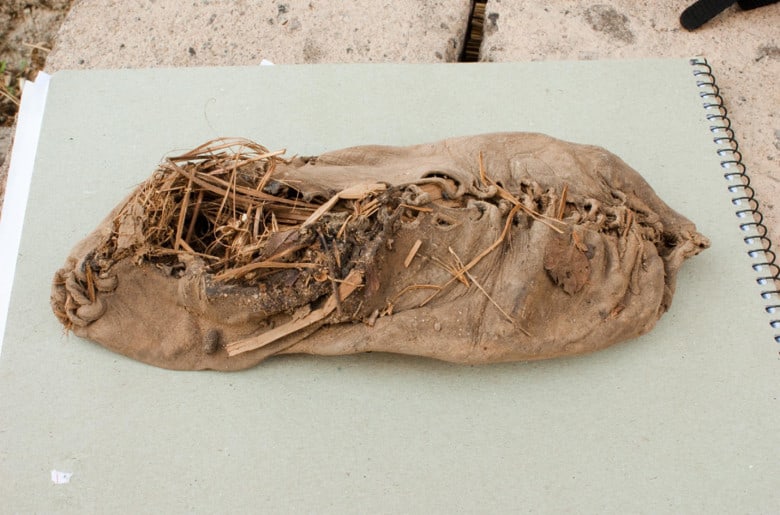 In the research it's mentioned, “the shoe was found upside down at the base of a shallow, rounded, and plastered pit that was 45 cm (18 in) deep and 44–48 cm (17–19 in) wide, beneath an overturned broken Chalcolithic ceramic bowl.”

Researchers say ithere was grass in the shoe. The reason for the usage of the grass is uncertain for them. It either could be used to keep the shoe warm or to keep the shape of the shoe while not wearing it.

It is also still unknown if the shoe was for women or men. The shoe size is small (woman's U.S. and Canada size 7, European size 37, or UK size 6), but it could fit a man’s foot from that era. The parts of the shoe were connected with shoelaces. 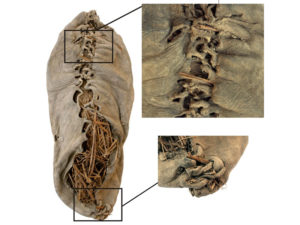 The shape of the shoe is similar to the Irish shoes called pampooties and the traditional shoes of Balkans called opanci.

This shoe found its place in the second most sold book in the world -The Guinness Book of Records. Currently, the Areni-1 shoe is in the Yerevan city, at the History Museum of Armenia. 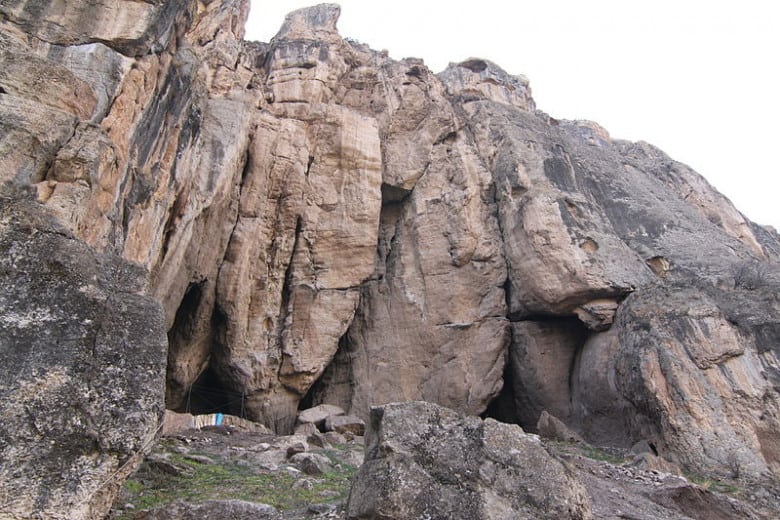 A considerable part of the cave is still unexplored thus don’t forget Areni-1 cave and wait for other intriguing facts soon.