Komitas is very well known Armenian priest, musicologist, composer, singer, choirmaster. He was the founder of the Armenian national school of music. “His garden of sounds covers a vast territory in time, stretching across millennia." This is what one of the famous Armenian composers said about Komitas. 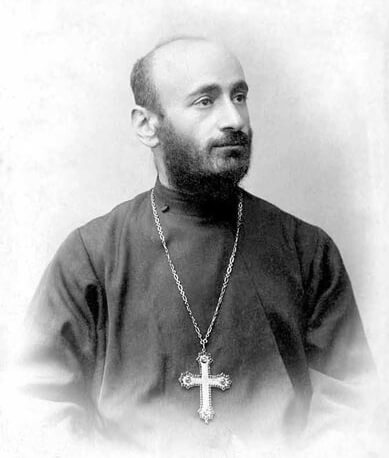 Komitas was born on October 8 (in old style September 26), 1869 in Kütahya, Bursa Vilayet, Ottoman Empire. His real name was Soghomon Soghomonyan. His parents – Gevorg and Taguhi were Armenians. Because of the restrictions in Ottoman government they had to speak Turkish.

Soghomon was the only child in the family of Soghomonyans. Gevorg and Taguhi baptized Soghomon three days after his birthday. After six months Taguhi gave birth to Soghomon she died. She was sixteen years old. His mother’s death was one of the most depressing things in his life. Thus he devoted most of his early poems to his mother.

Soghomon finished primary school in Kutaha. His father wanted him to continue his education thus sent him to Bursa where he lived with his grandparents. After several months his father died, and he was sent back to the city. His paternal uncle adopted him, but he was feeling alone and depressed.

One of his childhood friends said he was “virtually homeless.” While living with his uncle, he was "placed in circumstances that made him vulnerable to the mental illness he suffered later in life."

In 1881 when Soghomon was 12 years old, he was taken to Etchmiadzin by local Armenian bishop – Kevork Vartabed Tertsagyan. The reason for this was that he needed to find an orphan boy with a good singing voice for Gevorgian Seminary. 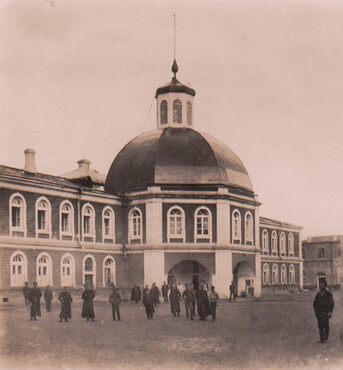 As Soghomon had a very good voice, he was enrolled in the seminary. Catholicos Gevorg 4th was very impressed with the beautiful voice of Soghomon after they first met on 1 October 1881. The only thing that bothered him was the fact Soghomon could not speak Armenian well. The reason for this was he lived in Ottoman government where it was forbidden to speak Armenian.

In the seminary, Soghomon finally found “emotional and intellectual stability.” Although Soghomon spent a lot of time in different countries in Europe, from 1881 till 1910 most of his time, he was in Etchmiadzin.

Here, Soghomon found out he was passionate about music. Whenever he heard a song in Etchmiadzin, he wrote it down. The villagers started to call him “Notaji Vardapet” which means “the note-taking priest.”

For the first time, Soghomon tried to write music for the poems in the early 1890s. The first poems he chose were written by Khachatur Abovyan, Hovhannes Hovhannisyan, Avetik Isahakyan. His “National Anthem” for polyphonic choirs was published in 1891 in the Ararat Magazine.

In 1893 Soghomon finished seminary. After that, he became a music teacher and choirmaster of the Edchmiadzin Cathedral. He was influenced by one of his teachers from seminary – Kristapor Kara-Murza. 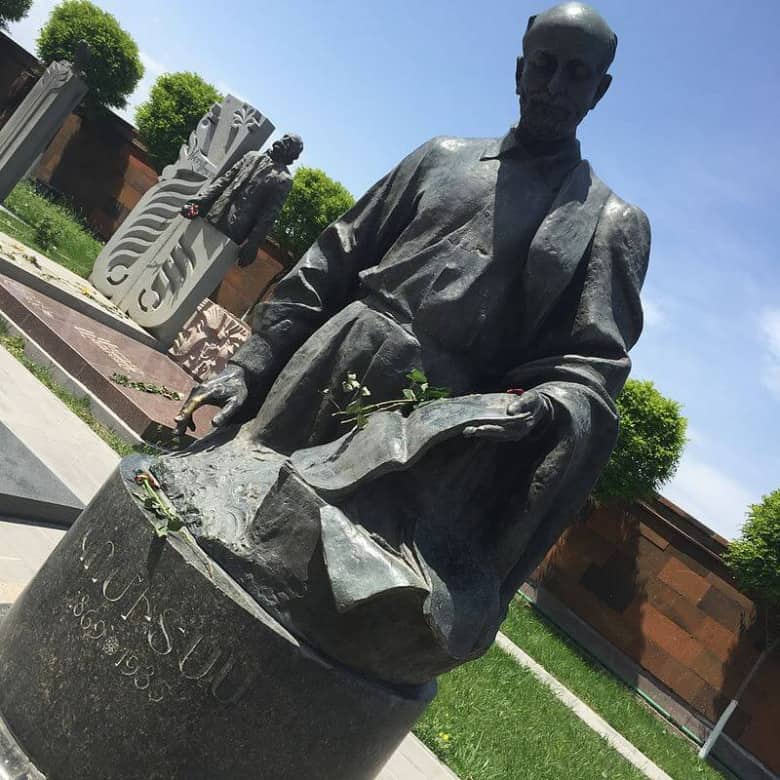 Soghomon got his new name of the 7th-century poet and musician Catholicos Komitas in 1894 when he was ordained hieromonk. He was ordained as a celibate priest (vardapet) thus was called Komitas Vardapet.

The first collection of Komitas was “The Songs of Agn.” The collection included 25 pieces of love songs, wedding tunes, lullabies, and dances. Komitas left Tiflis in October 1895. There he studies harmony under composer Makar Yekmalyan.

In 1899 Komitas went back to Etchmiadzin and continued teaching and composing. Komitas directed the Gevorgian Seminary choir until 1906. He collected his collection of fifty folk songs called “One Thousand and One Songs” in the fall of 1903.

In 1910 Komitas moved to Ottoman imperial capital – Constantinople where he trained many Armenian students and formed a choir. He went to Constantinople as he was “Seeking to bring an appreciation of Armenian music to a wider audience.” 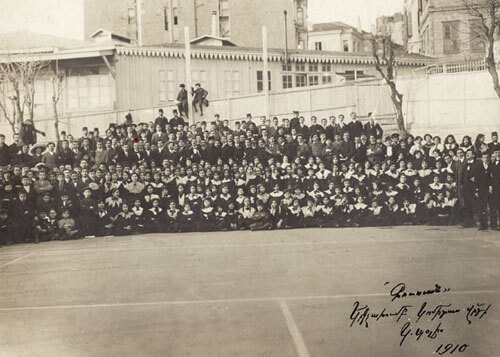 24 April 1915 is considered as the day of the official beginning of the Armenian Genocide. This day Komitas and other 180 Armenian notables were sent to the city of Çankırı in northern Central Anatolia. Komitas has dispatched back to the capital thanks to one of his Turkish friends - Mehmet Emin Yurdakul.

During the deportation, Komitas was afflicted with traumatic neurosis. In Armenian Golgotha, Grigoris Balakian mentioned: “The more we moved away from civilization; the more agitated were our souls and the more our minds were racked with fear. We thought we saw bandits behind every boulder; the hammocks or cradles hanging from every tree seemed like gallows ropes. The expert on Armenian songs, the peerless archimandrite Father Komitas, who was in our carriage, seemed mentally unstable. He thought the trees were bandits on the attack and continually hid his head under the hem of my overcoat, like a fearful partridge. He begged me to say a blessing for him in the hope that it would calm him.” 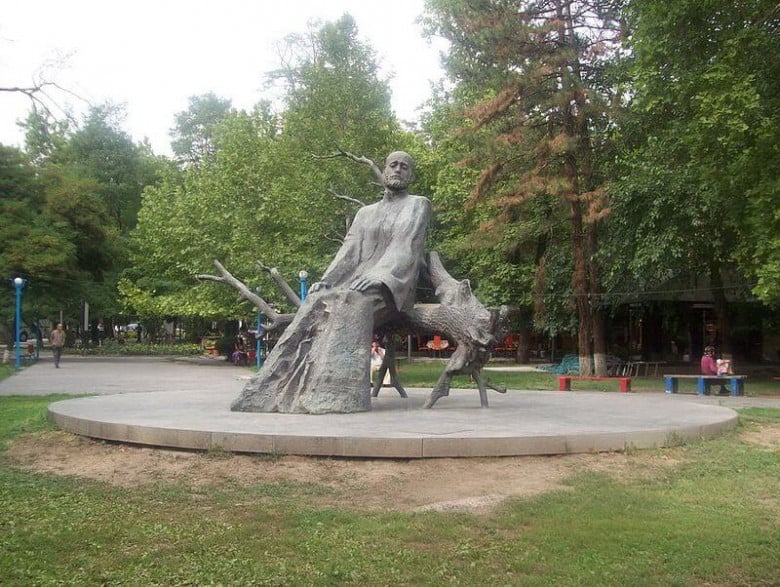 Because of his neurosis in the autumn of 1916 Komitas was taken to Hôpital de la Paix in Constantinople. In 1919 he was moved to a psychiatric clinic in Paris where he dies in 1935. In 1936 his ashes were transferred to Yerevan and buried in Komitas’s Pantheon.