Armenia is the cradle of one of the world’s oldest civilizations. In the 16th century, Greater Armenia was divided between the Ottoman and Persian Empires. In the 19th century, Eastern Armenia was conquered by the Russian Empire and became its part, and it was only in September of 1991 that Armenia became an independent country again. The country is home to five UNESCO World Heritage Sites. Apart from having a rich cultural heritage, Armenia is also known for its scenic beauty. With expansive mountain ranges, lush green valleys and rocky plateaus, Armenia can be matched with very few other places in the world. 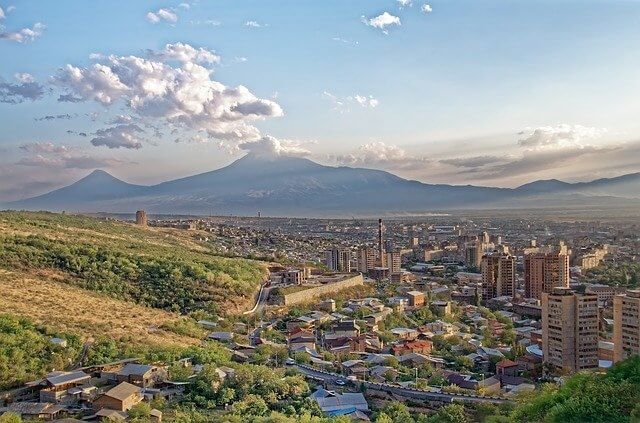 Over the past few years, people all over the world have come to Armenia to discover its potential. And, an increasing number of people travels to this small country every year. If you are considering Armenia as your next travel destination, these 6 reasons will make your decision easier.

True to its name, a ride on the Wings of Tatev ropeway will make you feel like you’re flying. At 5.7 km, the world’s longest ropeway offers some picturesque aerial views of the gorge below. 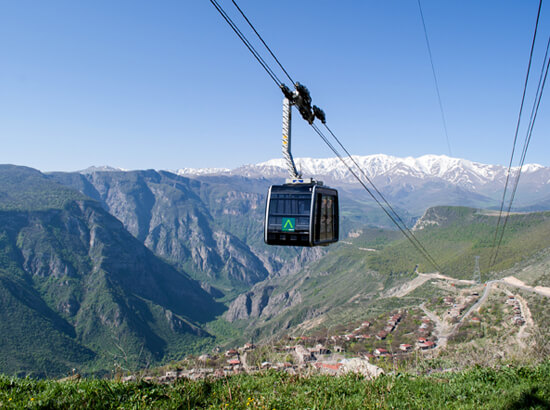 The ropeway serves as the shortest route to Tatev monastery. The 12 minutes that you spend glued to the glass walls of this cable car are bound to remain with you forever. The ropeway is a part of Tatev Gateway - a non-commercial project. And all the profits generated from it are used for the development of the local community. 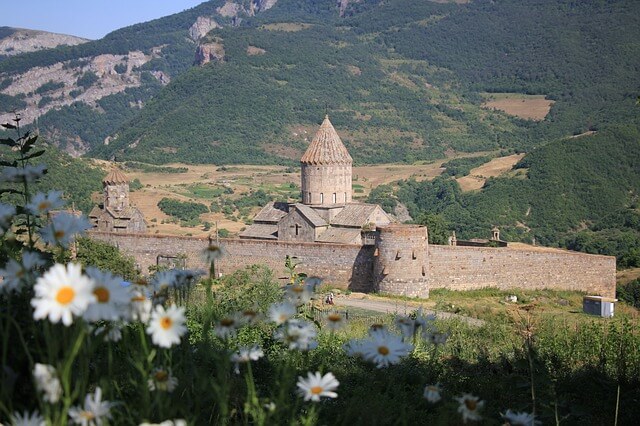 2.  Discover your spirituality at some of the world’s oldest temples

The temples, churches, and monasteries scattered all over Armenia tell many stories of the past. The Yareruko Basilica and the church of Tsiranavor were both built in the fifth century while the Noravank Monastery was built in the medieval period. Many of these structures are situated atop hills and offer magnificent views of the mountain ranges that guard Armenia. 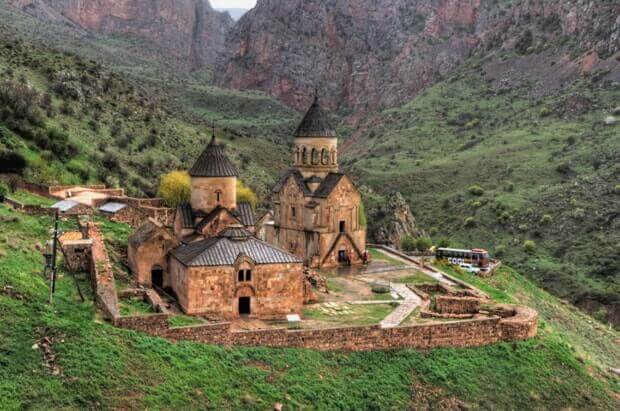 The country is also home to the world’s largest Yazidi temple. People of the faith from all over the world come to see the glorious Quba Mere Diwane. The Temple of Garni is another notable structure as it survived the destruction of Pagan temples by the Christians. It continues to remain a symbol of the Greco-Roman civilization that had shaped the country’s past in many ways.

3. Lose yourself in the laps of mother nature

No words can do justice to the natural beauty of Armenia. But a ride through Shikahogh State Reserve comes very closly to doing so. With endless stretches of unexplored forest land, Shikahogh is Armenia’s second-largest forest reserve. 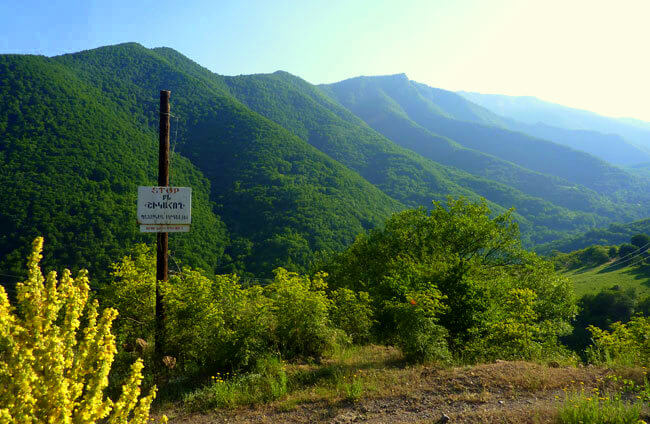 The area boasts of a large variety of flora and fauna with 1100 plant species. But it is believed that there is much that is not known about this pristine forest reserve.

4. Ski to your heart’s delight

The Tsaghkadzor Ski Resort is considered to be Armenia’s best and has world-class facilities. There are provisions for other winter sports and outdoor activities as well. Skiing season lasts from early December to late April, and the resort offers extremely reasonable packages. Tsaghkadzor is also home to some of the country’s best restaurants, hotels and monasteries, so you know you will have something to keep you occupied throughout the day.

The world’s oldest winery, oldest shoe and oldest humanoid brain can all be found in Armenia’s Areni-1 cave. The presence of a wine press makes it the earliest known site of wine-making. Experts claim that the wine produced at the site would have been similar in taste and consistency to a modern unfiltered red wine. A tour of the cave will take you back to the copper ages, which continues to house many wonders of the ancient civilisations.

One of the oldest European cuisines, Armenian dishes have evolved to suit modern tastes. These dishes make use of many spices and herbs and have influences from cultures from all over the world. Bread, also known as lavash, forms an essential part of Armenian cuisine. Some must-try dishes are ghapama and khash. If you’re planning on renting a car and gliding through the glories of Armenia, it would be advisable to install a roof rack basket. It would ensure the safety of your luggage combined with a comfortable journey. 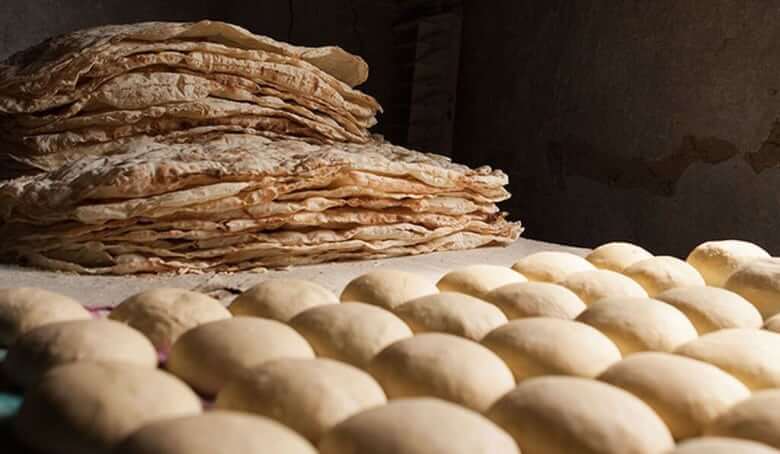 Armenia is sure to amaze you with its beauty, diversity and rich cultural heritage. The local people greet visitors warmly and are eager to talk about their traditions. The Armenian people are the only community in the world who have a god of hospitality named Venator. You can explore this small nation’s history through its years of carefully preserved arts, traditions, museums and festivals.

Published May 05, 2020
Article by Rebecca Siggers