The dish that Armenians love to eat on holidays, important events, birthdays and other parties is the traditional Armenian barbecue. It is impossible to see a festive table without the King of the national cuisine. If Armenians love something they certainly will show it proudly to the world and those who come to their house as a guest. It's not a rule but it is a tradition that Armenian men make it, the role of the woman in it is to decorate and serve the guests.

We love barbecue so much, that we dedicated a special festival to the lovely barbecue. The barbecue making is not a simple thing it needs special ritual so Armenians are picky cooks. Traditional Armenian barbeque is made with pork, lamb, beef or chicken in the addition of different species.

After making it on fire, in a deep pan, they put 2 or 3 lists of Lavash, put the hot barbeque with freshly chopped onions and close them again with a list of Lavash and served. I promise the taste of that Lavash you will remember forever. For vegans, we also have a vegetarian barbeque, for it we use, potatoes, green and spicy pepper, eggplant and tomato. 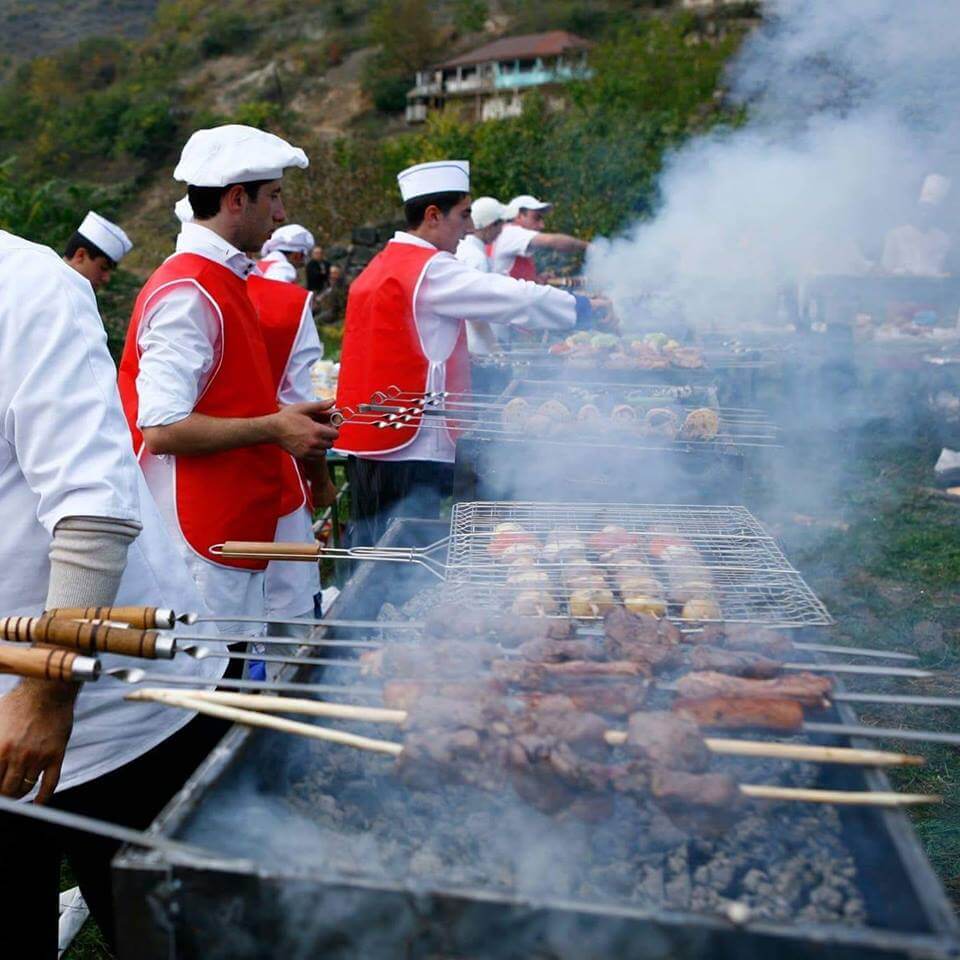 The annual PanArmenian Khorovats (barbeque) festival is being held from 2009 in Akhtala town. The festival’s aim is the development of the Armenian culinary customs and the promotion of tourism in Akhtala town. Akhtala town is located 62 km north of Vanadzor.

The previous name of the town was Pghindzahank which means copper mine. One of the most well-preserved monasteries in Armenia is situated here. It is the Akhtala Monastery(10th century) which is also a famous complex.

In the barbecue festival, the representatives of different companies, restaurants, cafés, individual cooks from Armenia and different countries take participation with their own dishes. The cooks make the barbecue and treat the guests during the festival. The organizers conduct different culinary competitions. In 2017 the organizers announced Akhtala the worldwide capital of Barbecue.

The festival is accompanied by traditional Armenian dances, songs, and different competitions. The organizers say that this festival is not only for eating meat. They want to gather all the barbecue makers and people who are connected with cuisine. This is a great opportunity for you to taste different types of barbecue and take a part in the appetizing festival.