Ivan Aivazovsky is known as a master of marine art and a Russian Romantic painter who was Armenian! His seascapes are true works of art, possibly inspired by his home in Crimea on the shores of the Black Sea. He was born Hovhannes Aivazian, in 1817 to Armenian parents, Konstantin and Hripsime Aivazian. Later, the family changed their name to Gaivazovsky and by the time Hovhannes was studying at the Russian Imperial Academy of Arts he was known as Ivan Gaivazovsky, and later Ivan Aivazovsky. 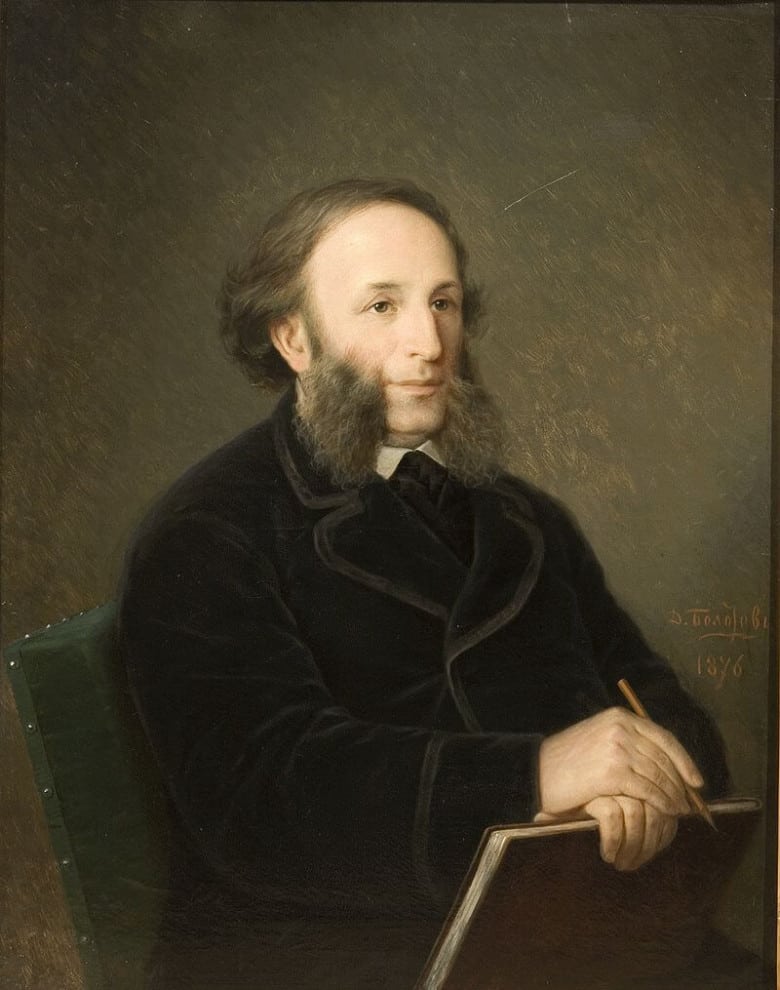 Aivazovsky began his painting studies in Russia where he was influenced by his teachers and classic Romantic era painters. He also travelled and studied in Europe, where he visited his brother at the Armenian monastery in Venice (out of his five siblings, his brother was also well known as an archbishop in the Armenian Church). It was here that he studied Armenian art and learned to incorporate Armenian elements into his works. His fame as an artist began to grow during the 1850s when he received many honours and awards from countries all around the world, including Russia, France, Greece, and the Ottoman Empire. By 1865, he opened a studio in his hometown of Feodosia and was paid a salary by the Imperial Academy of the Arts. 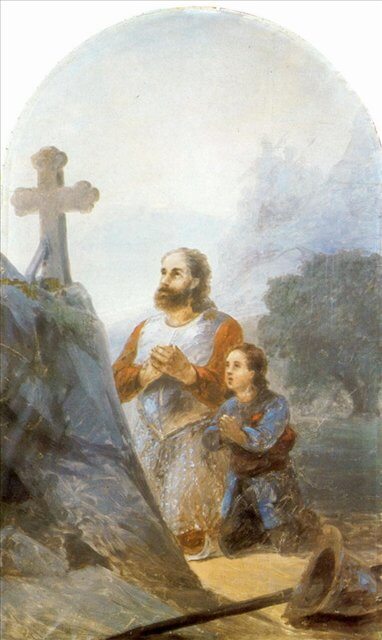 The “Ninth Wave” is arguably Aivazovsky’s best work and is an amazing example of his unique capture of light and water movement. “Shipwreck” and “On the Storm” are two of his other famous seascapes, while “View of Tiflis” is an excellent example of one of his landscape paintings. What is even more impressive is that he painted almost exclusively from memory without the assistance of preliminary sketches. 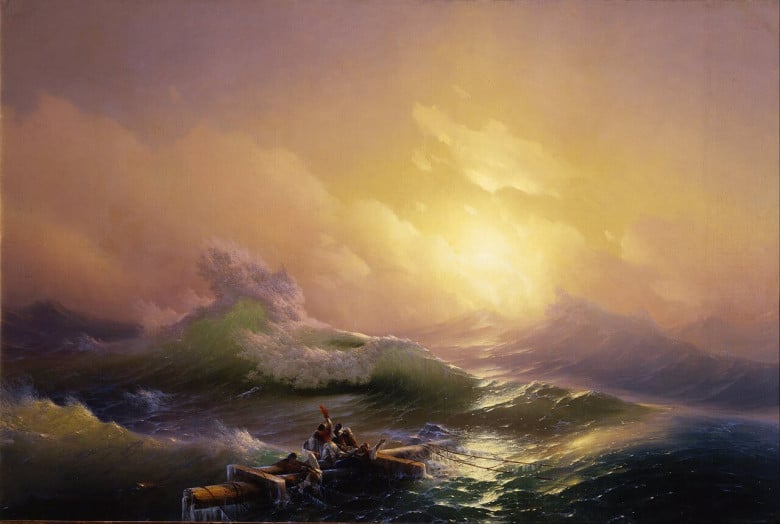 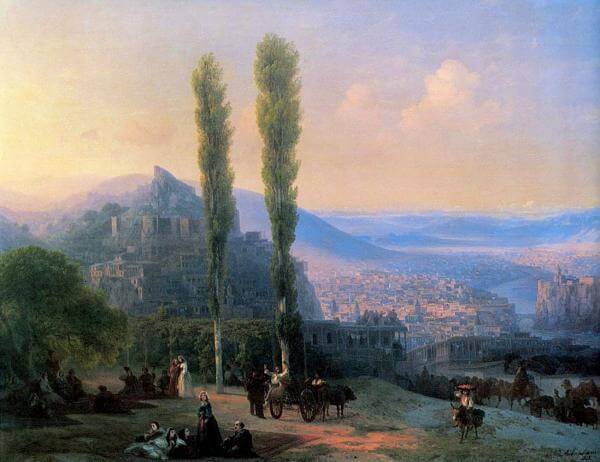 It is no wonder that he achieved worldwide fame for his works and not only was Aivazovsky a very skilled painter, he is also known for the sheer volume of works that he produced in his lifetime. It is estimated he created 6,000 paintings over his 60-year career and he held 55 solo exhibitions and contributed to painting exhibitions around the world.

In terms of Armenian themed paintings, Aivazovsky was the first Armenian painter to paint the famous Armenian mountain, Mt. Ararat, “Valley of Mt. Ararat”, (the mountain known for being the resting place of Noah’s Ark). He also captured some Armenian historical scenes, including the conversion to Christianity, “Baptism of the Armenian People”, and the Battle of Avarayr, “Oath Before the Battle of Avarayr”, (against the Persian Empire who was trying to revert Armenia to paganism). 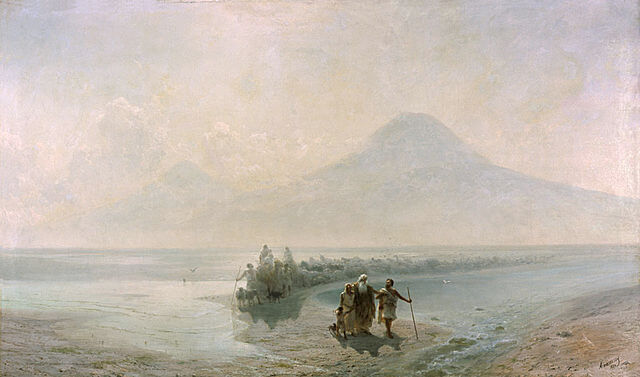 After the Hamidian Massacres of 1894-96 against the Armenians in the Ottoman Empire, Aivazovsky renounced the honours he had received from the Ottoman Empire, enraged at the terrible deeds done to his people. His paintings from this time period include scenes of destruction related to these massacres.

Aivazovsky was married, first to Julia Graves, an English governess, and together they had four children: Maria, Alexandra, Elena, and Zhanna. 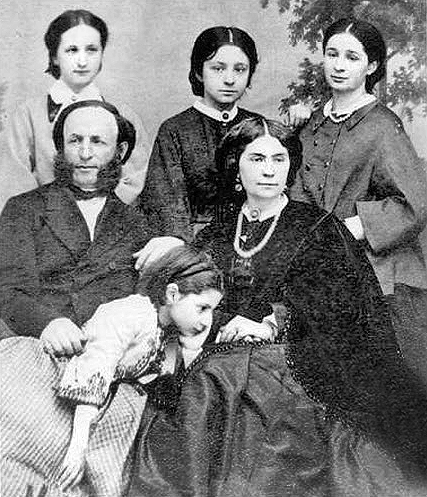 They later divorced and he married for a second time to an Armenian widow, Ani Burnazian. The portrait of his second wife is now in the Art Gallery in Feodosiya. 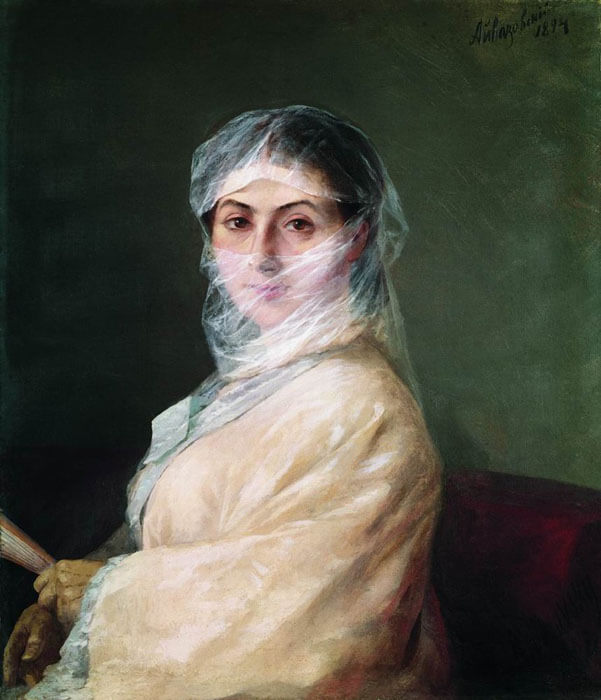 He also held high positions in Russian civil society throughout his lifetime. Aivazovsky died on May 2, 1900, at the age of 82 and is buried in the St. Sarkis churchyard in his hometown Feodosiya, Crimea. 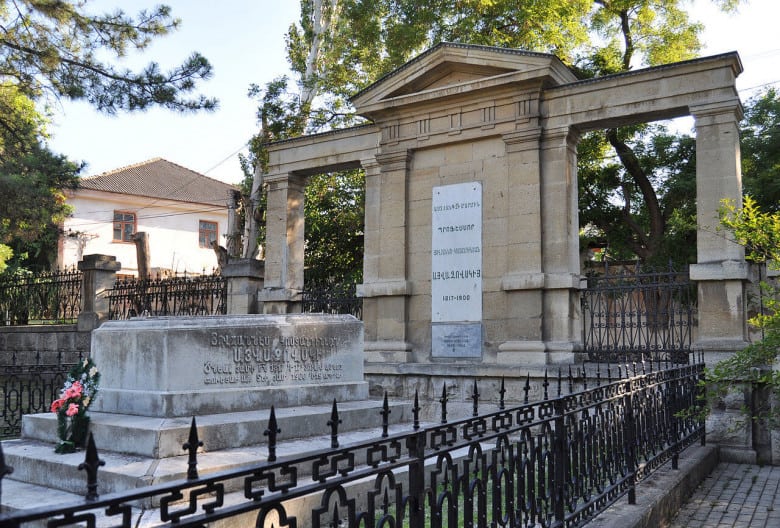 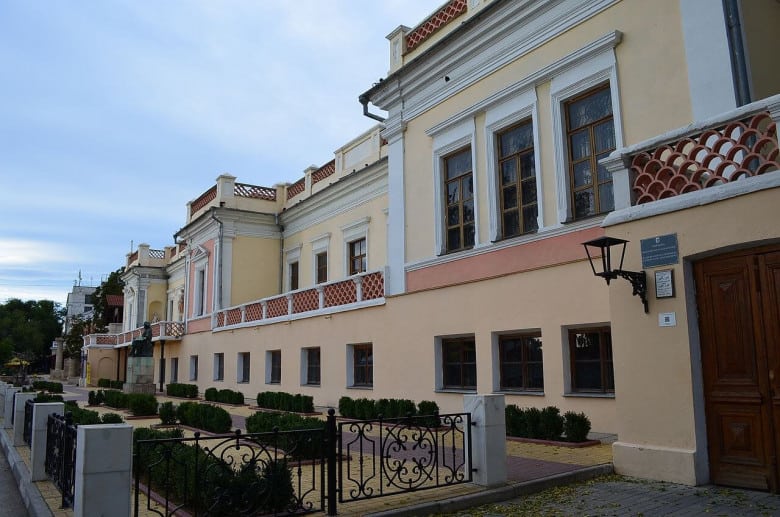 Aivazovsky's monument is situated in front of his house. 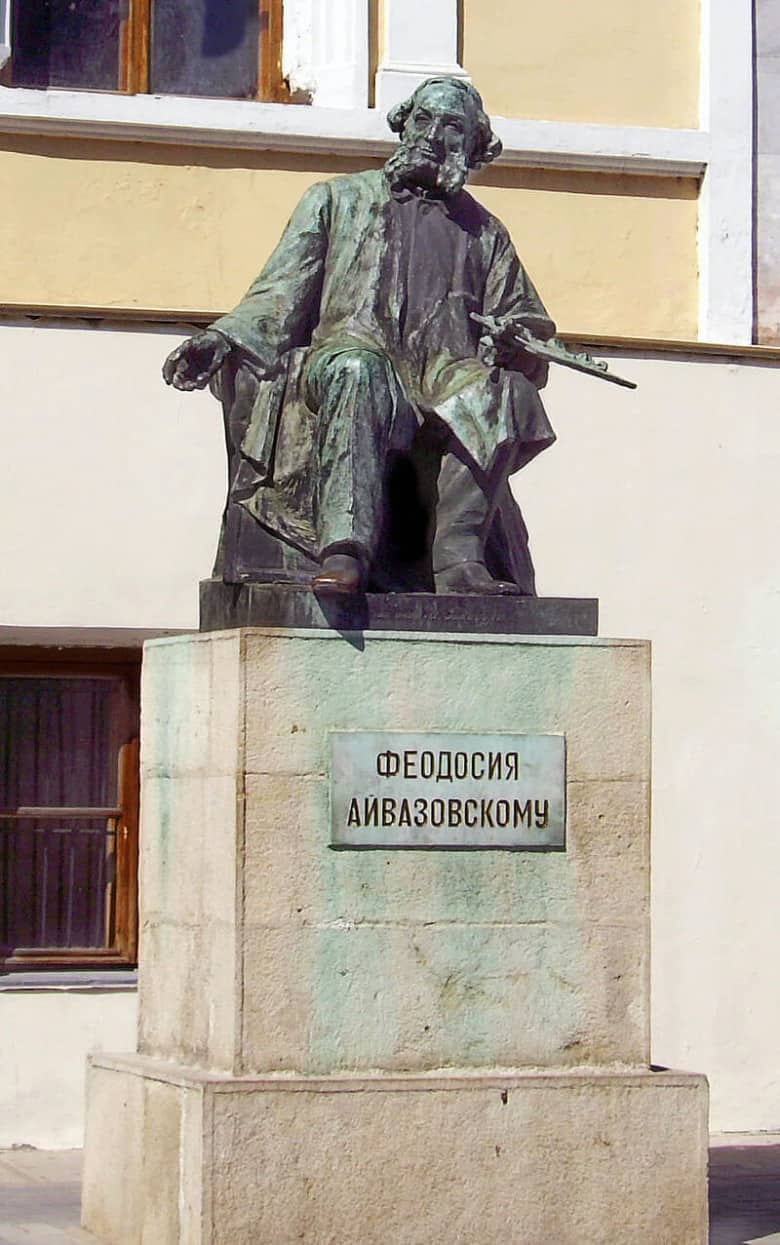 In fact, it was Aivazovsky who funded the restoration of this 14th-century church after it suffered considerable damage from a fire and it was his wish to be buried at the church where he grew up. Today, in Armenia, He is known as one of the most remarkable Armenian painters of the 19th century, and many of his works hang in the National Gallery of Art in Yerevan. In 2016, on the anniversary of his 200th birthday, the National Gallery held a special exhibit in honour of this amazing Armenian artist.