A two-hour drive through the arid flatlands of western Armenia is the small, quaint monastery of Khor Virap. Perched on top of a small hill the monastery, which dates back to the 8th Century, is situated just hundreds of metres from the Armenian border with Turkey. Mount Ararat sits just over the border in Turkey and is Armenia’s national symbol.

At 5,137m, the snowcapped volcano provides the ancient historic site with a stunning backdrop. However, the site is steeped in a chilling history. Sources say the landmark was once upon a time a dungeon where prisoners would be imprisoned among snakes, insects and other writhing creatures. 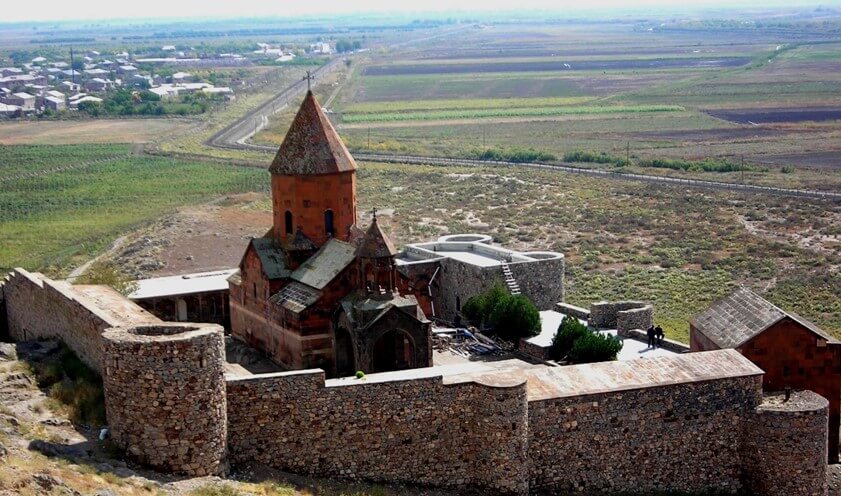 It's said that King Tiridates threw Saint Gregory the Illuminator into the dark underground cell for practicing Christianity, where he was held captive for 13 years. However, the King fell ill, and as he edged closer to death, his sister believed God told her that bringing Gregory out of prison would save the King.

Tiridates immediately ordered his release and legend has it that this cured his illness and was enough for him to convert Armenia to a Christian country- the earliest country to become Christian in 301AD. Its attractive appearance with stone walls and turret and the beautiful backdrop of Mount Ararat made for the perfect place to visit to learn more about Armenia.

In the middle ages, it was an important education centre before becoming a pivotal pilgrimage site and withstood a huge earthquake in 1679. From both above and below the site, its solid stone walls and impressive architecture makes for a spectacular view. Inside the two churches are the ancient drawings of Christ and candles, which give an idea of how religion was of significant importance back then.

We hopped back on the bus and headed for Areni Cave in a beautiful mountainous area, around 110km from Yerevan. With imposing red coloured cliffs and deep ravines, it is situated in an amazing geographical position. A group of pagan Christians inhabited the cave in the Chalcolithic/ Bronze Age period. It is believed the cave is home to the world’s oldest winery with fermentation vats, wine press, storage jars, and pottery sherds.

As I walked into the dimly lit cave, I gained a greater insight into the reality of the lives these people lead from day-to-day and why they decided to reside there in the first place- it was the perfect temperature for human existence. 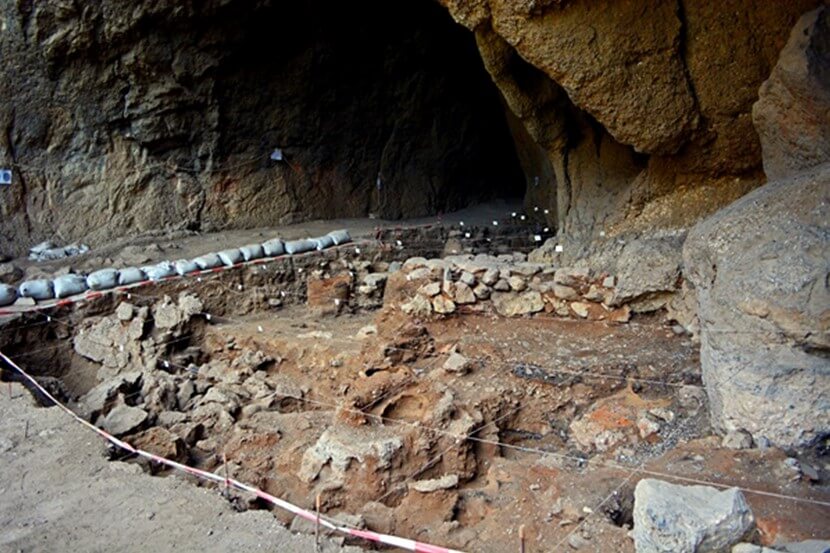 The oldest leather shoe, thought to be around 5,500 years old and made of grass and leather, was uncovered by archaeologists here in 2010. They say it is 37 European size and could fit a man’s foot from that era. As unremarkable as it looks from the outside, this cave was inhabited by a group of trailblazing pioneers in this period.

After a lunch of delicious dolma, potatoes, vegetables, and lavash, our trip ended at Noravank Monastery. This ancient monastery, located in a similar geographical location to Khor Virap. Nestled halfway up a mountain and surrounded by towering sheer red cliffs, it makes a dramatic landscape for such a small site. The imposing scenery does not take away from the magnificence of the place, however.

In 1216-1223 the first church at the monastery was built and named Surb Karapet Church (St. John the Baptist). The temple is distinguished by strict decorative ornamentation. Inside it are deep niches with khachkars.

I noticed that the central dome and roof of the monastery was a paler, yellower shade suggesting that this part of the building was rebuilt using a different type of stone from the original ruins. The turret also appeared was constructed using a more modern building technique and a paler, yellower coloured stone. It was also clear that the older parts of the building had undergone weathering erosion too. 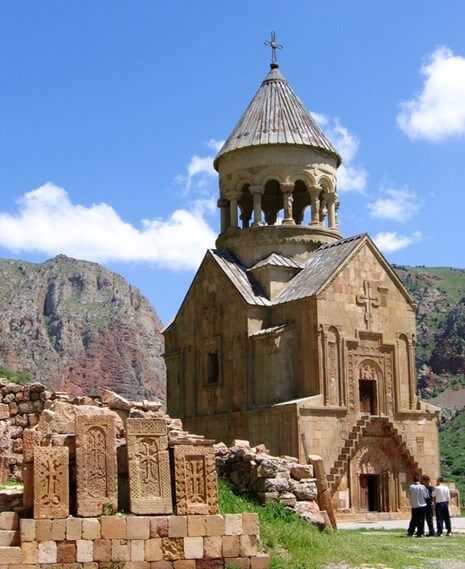 It was originally a place where the local community of Yerk gathered for prayer, learning, and education but over the coming 200 years, the site would grow thanks to royal investments from the ruling Orbelian kings. Parts of Noravank monastery is thought to have been designed by well-respected sculptor Momik, making relief sculptures on it's west and south walls and even designing his own memorial stone!

When you look down from the monastery, you can see the deep gorge running at the bottom of the valley. I found it incredible to imagine how devoted Christians back then used to make the trek up there just to practice their religion.

I found the engraved sculptures in the stonework on the front of the monastery interesting to look at because it gave an insight into the types of artistic techniques from that time. I also climbed the steep, awkward steps leading up to the second floor of the monastery, thought to be the first type of cantilever architecture.

I enjoyed the trips to the monasteries and the cave because it gave me a greater understanding of Armenia’s deep-rooted history. I particularly enjoyed the majestic Noravank Monastery because of the amazing architectural engravings and the incredible sheer red cliffs surrounding it.

These dramatic surroundings really made this ancient site stand out against the backdrop. Visits to each location is a must for you to gain a better perspective on the country and more developed knowledge of thousands of years of Armenian history.