You may have never heard the name Ara Parseghian unless you’re a US college gridiron football fan, or a follower of Notre Dame University. But his story deserves to be known by anyone who is inspired by unlikely heroes rising from humble beginnings to greatness. 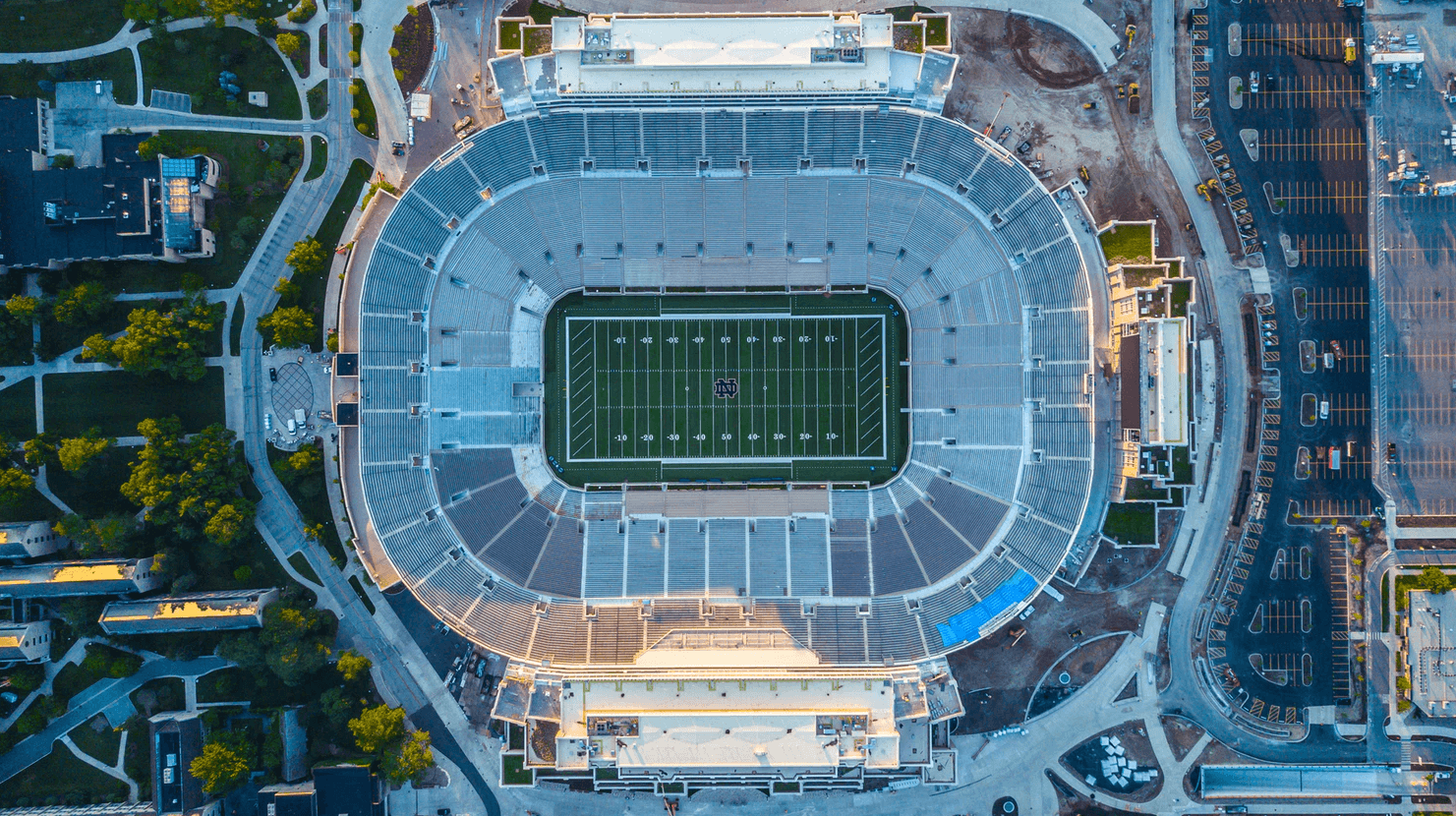 A first-generation Armenian American, Parseghian was a mid-20th century college football coach and one of the best the game has ever known. He’s responsible for resuscitating Notre Dame’s football program, and delivering a pair of national championships. 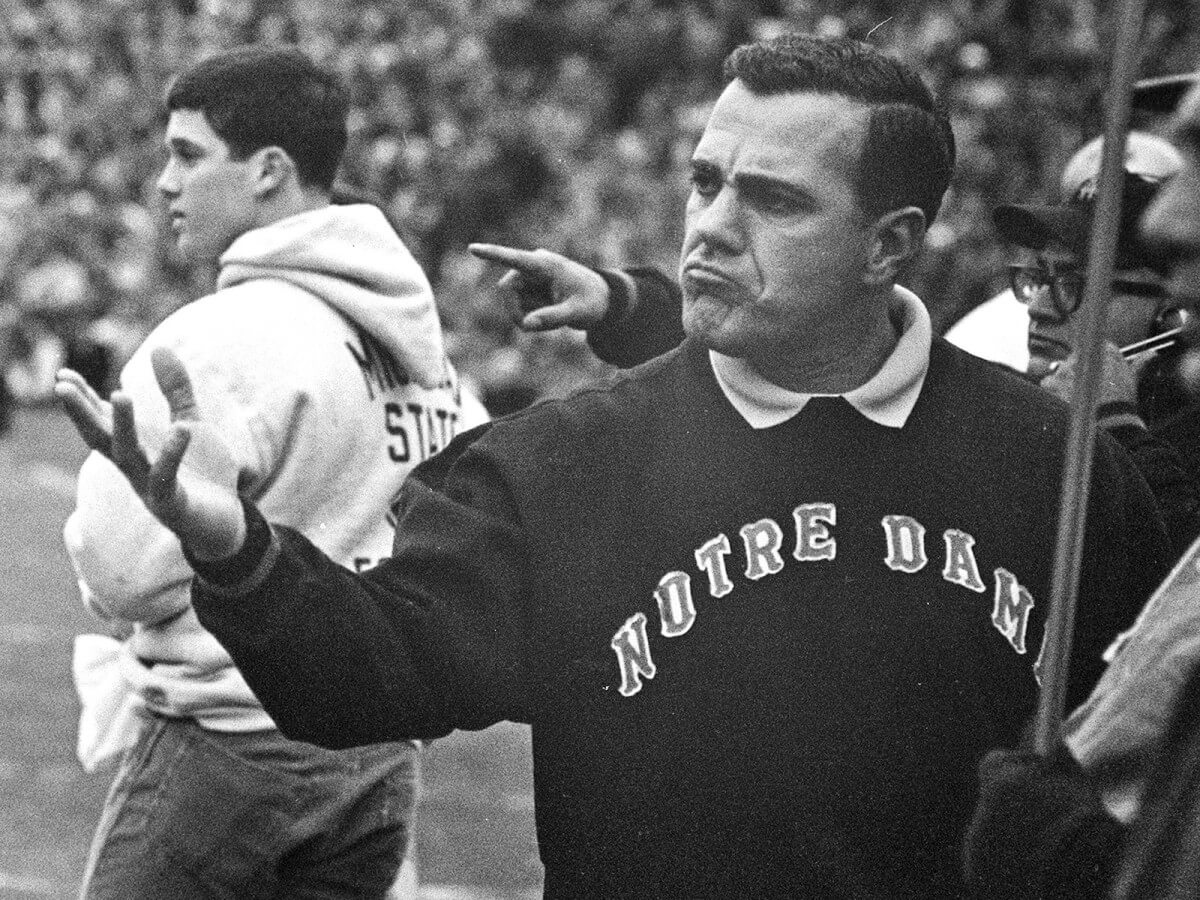 His character even appeared in the 1993 movie Rudy, which AFI ranked as the 54th most inspiring film ever.

Parseghian’s father, Michael was an Armenian who emigrated to the US in 1915 to escape mounting turmoil in the Ottoman Empire.  He was drawn to Akron, Ohio, a city reputed for rubber and tire manufacturing, 40 miles south of Cleveland. Akron boasted a strong community of Armenian immigrants in the early-20th century, making it a fitting destination for people relocating from the Ottoman Empire.

Parseghian was born in Akron on May 21, 1923, to Michael and his wife Amelia.  Parseghian showed interest in sports early on and frequently played basketball at a local YMCA. He also developed a reputation as a tough but trustworthy athlete. His first job was patrolling Akron school grounds at night to deter trespassers.

Parseghian began playing gridiron football as he approached his college years. He briefly attended the University of Akron in 1942 before joining the US Navy for a stint at the Naval Station Great Lakes near Chicago, Illinois. 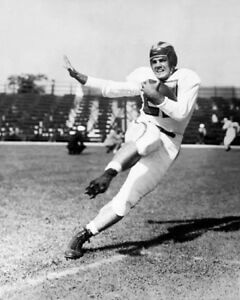 It was here Parseghian met Paul Brown, a renowned amateur football coach in Ohio who was, at the time, overseeing a gridiron team of service members. Brown would go on to found the first Cleveland Browns franchise of the NFL, and serve as the team’s first coach.  Parseghian joined Brown’s squad prior to the 1944 season as a fullback. A pre-season ankle injury prevented Parseghian from appearing in any games that year, but he did receive a profound education in coaching, watching Brown direct the team from the sidelines.

Parseghian was impressed with Brown’s methodical approach to coaching and the relative ease with which he had inspired the full efforts of his players. Following his Naval service, Parseghian returned to the college ranks as a gridiron player, this time with Miami University of Ohio. He played fullback at the university for 1946 and 1947 under coach Sid Gillman, a pioneer of deep passing plays.

While Parseghian’s skill as a gridiron athlete was growing, he was also unwittingly developing the sharp acumen for the game that would make him a legend later in life. 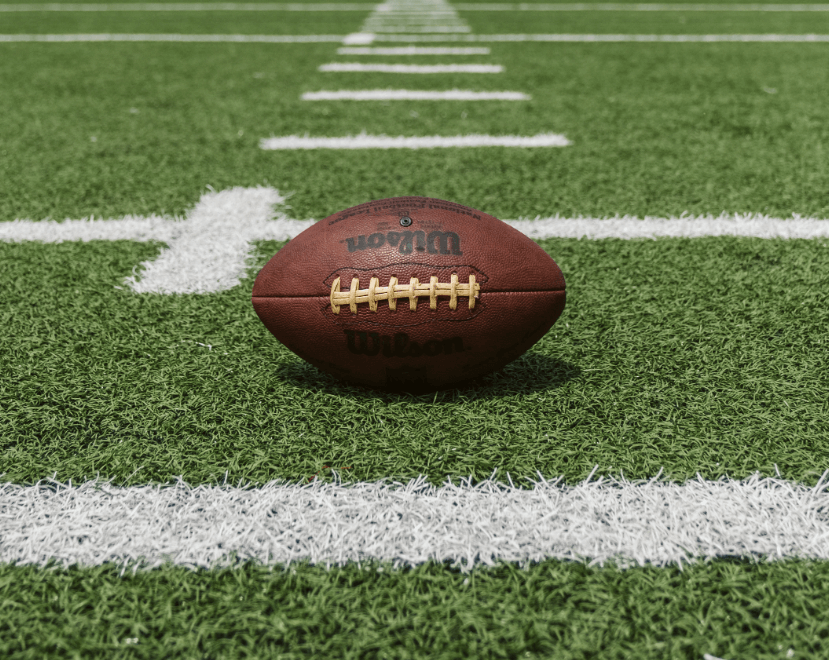 In 1947, he was drafted by both the Pittsburgh Steelers and the Cleveland Browns. Parsegian opted to play for Cleveland, a move that reunited him with Paul Brown. He played halfback and defensive back for the team, until a hip injury sustained during the second game of the 1949 season ended his playing career.

Parseghian parlayed his relentless study of the game into a college coaching job at his alma mater Miami of Ohio and again found himself working under a future legend. Woody Hayes, the eventual five-time national champion architect at Ohio State, was serving as Miami of Ohio’s varsity coach. He placed Parseghian in charge of the freshman team.

The Armenian American’s success at the college ranks came quickly. He guided the Miami of Ohio freshman squad to a 4-0 record in his inaugural season, a performance that earned him varsity coaching duties the next year, when Hayes departed for Ohio State. 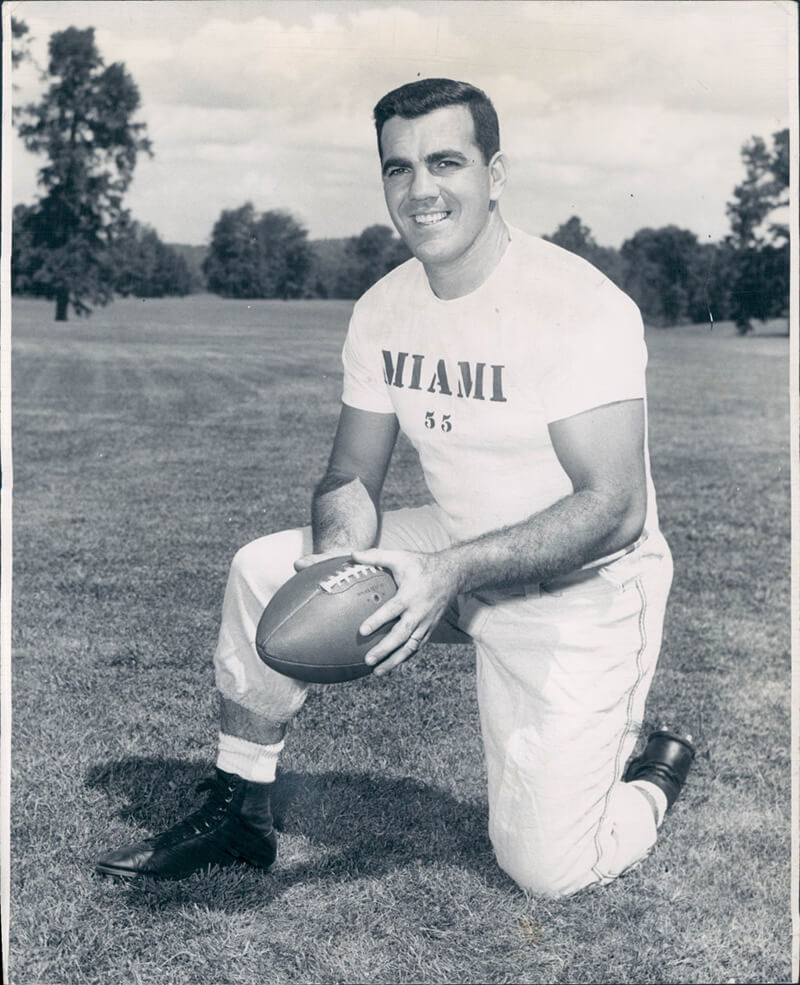 Parseghian posted a 39-6-1 record during five seasons at the helm of Miami of Ohio. He guided the Redskins (now RedHawks) to Mid-American Conference championships in 1954 and 1955. The varsity team went undefeated in both years.

With a rising national profile, Parseghian was tapped to takeover Northwestern of the Big Ten Conference in 1956. At 32, he was the youngest head coach in the conference.

Despite a 4-4-1 record in his first year with the Wildcats, and a 0-9 record in 1957, Parseghian drew praise for his coaching tactics and ability to connect with Northwestern players. He was seen as a down-to-earth coach with an uncanny understanding of football’s psychological side. 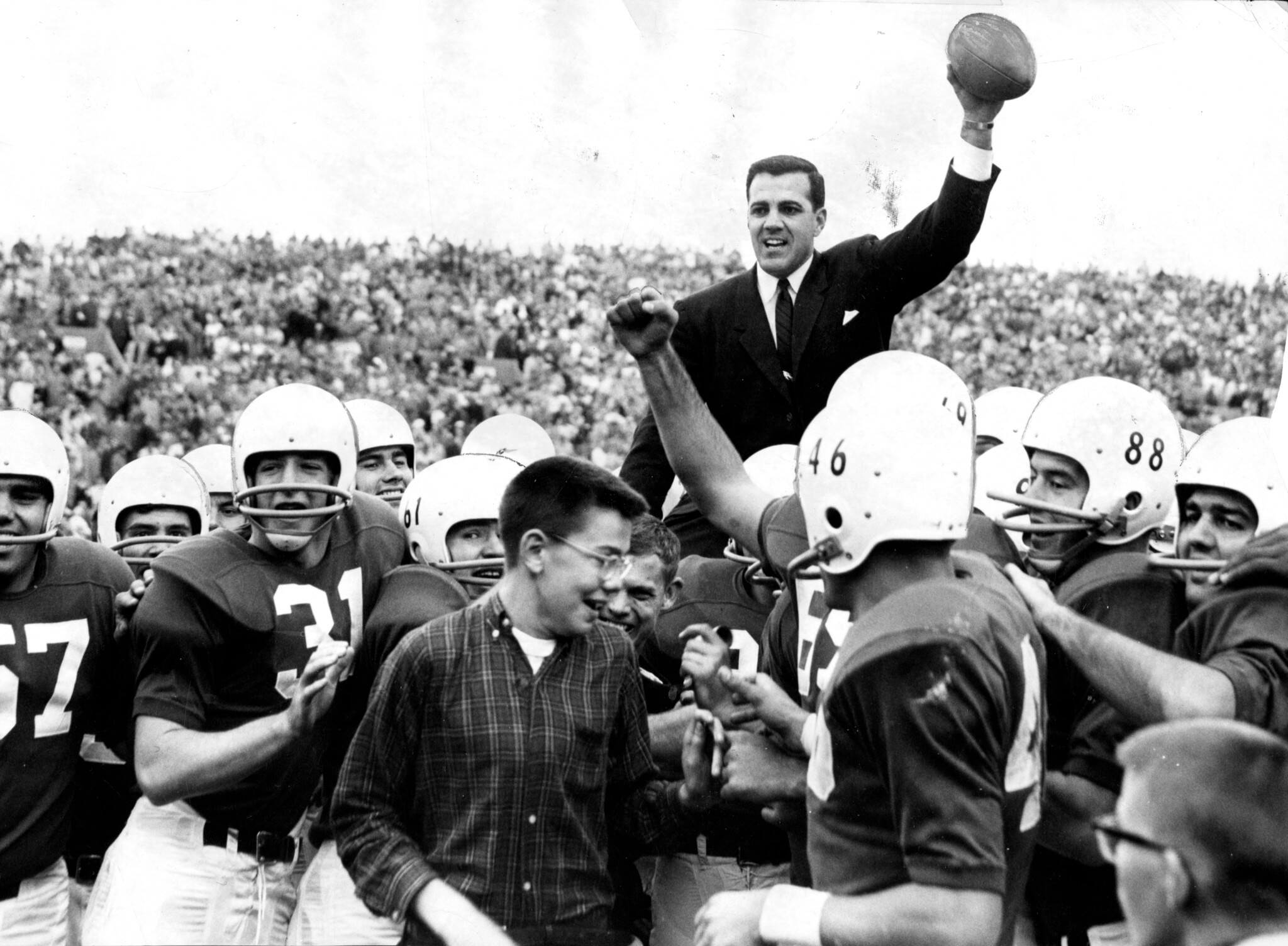 Parseghian gradually turned the program around and remained Northwestern’s coach through the 1963 season. He ended his term with the Evanston university going 36-35 in eight seasons. His best showing was in 1962. when the Wildcats went 7-2 and ranked as high as 16 in the Top-25 Coaches poll.

Parseghian got the call that would cement his legacy in December 1963, when Notre Dame offered him a $20,000 salary to come to South Bend, Indiana and coach the faltering Fighting Irish squad. It was a promotion that came with a daunting challenge. 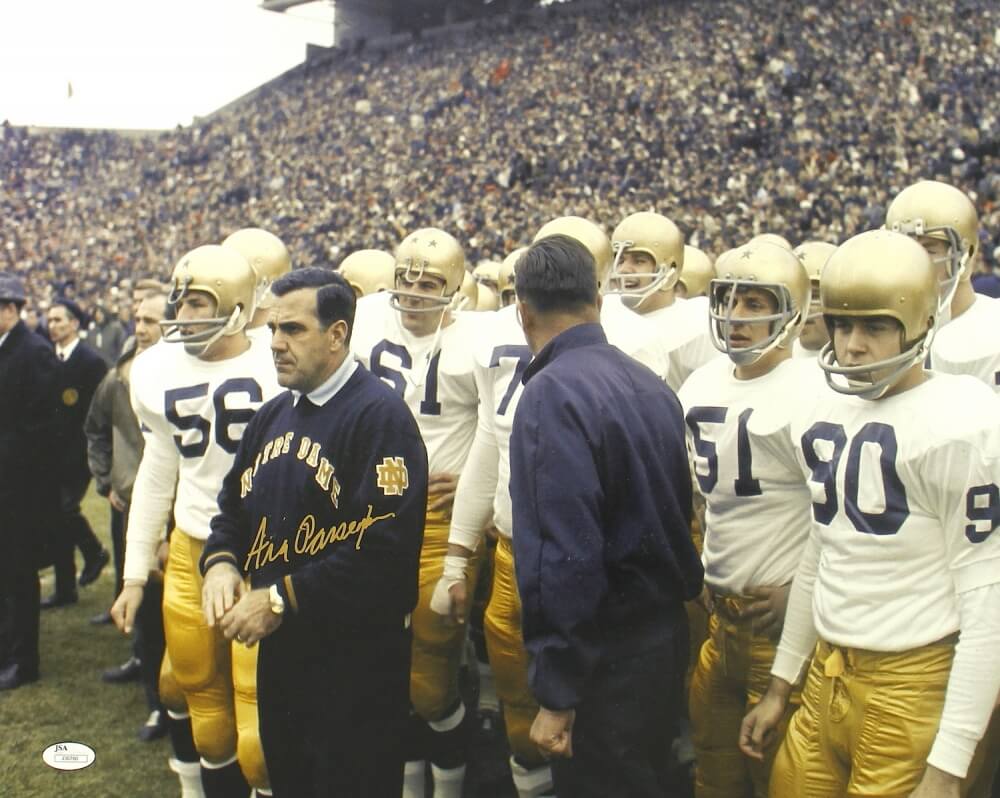 Notre Dame had spent decades as a vaunted national powerhouse under previous coaches Knute Rockne and Frank Leahy. But the program was in decline by the late 1950s and early 1960s. The university’s administration was under pressure to restore the football team’s former glory. Father Edmund Joyce, a vice president and chairman of Notre Dame’s athletics board, figured Parseghain was the man for the job.

Parseghian’s turnaround of the Fighting Irish began immediately, in 1964. He invigorated the dispirited team with a fresh strategy and solutions to longstanding player concerns.

Practices were well-planned and highly productive. New players were recruited to address weaknesses in the passing game Parseghian had championed since working with Sid Gillman. Most notably, Parseghian recognized the talents of quarterback John Huarte and wide receiver Jack Snow. Both players were used sparingly in the two seasons leading up to Parseghian’s arrival in South Bend. 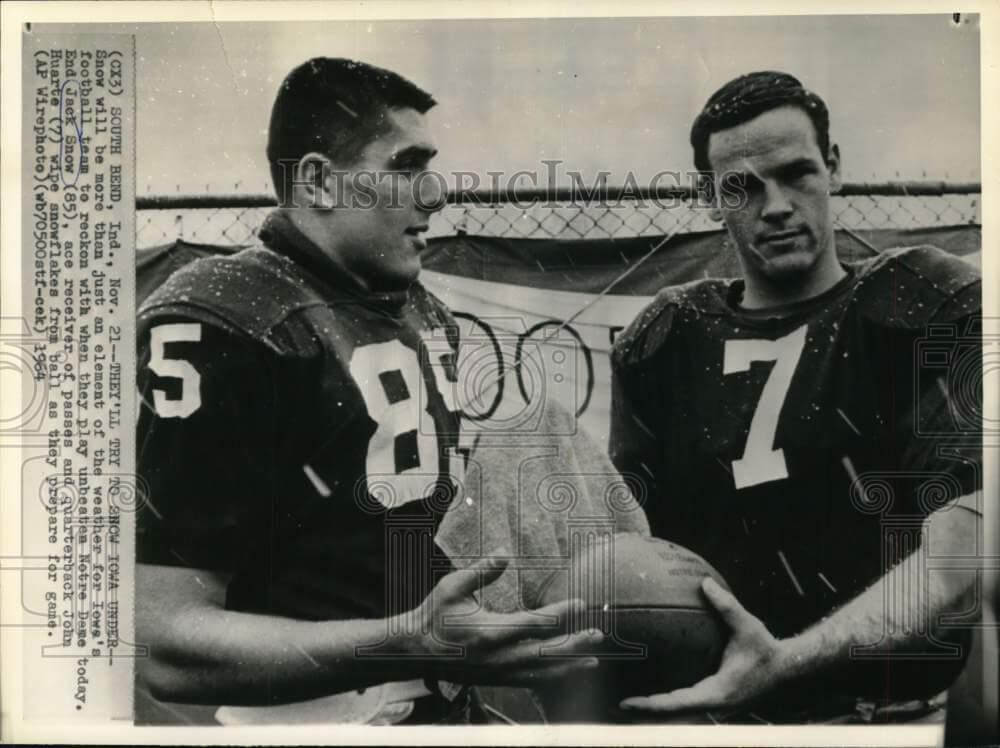 Huarte and Snow were thrust into the starting corps, and Notre Dame won a stunning 31-7 upset over the heavily favored Wisconsin to open the 1964 season. The team defied all expectations and finished the campaign with a 9-1 record.

Huarte threw for 2,062 yards for the season en route to setting 12 team records and winning the Heisman Trophy as the best player in college football. Snow led the nation in receptions. For his part, Parseghian received numerous coaching awards, including recognition from the American Football Coaches Association, the Football Writers Association of America, and Football News.

Winning became the Notre Dame way for the next decade with Parseghian captaining the ship. The Fighting Irish never posted a losing record between 1964 and 1974, and never finished lower than 15th in the Coaches poll. The program landed national championships in 1966 and 1973.

The “Era of Ara” concluded in South Bend after the 1974 campaign. Parseghian's immaculate run at Notre Dame tallied a 95-17-4 record over eleven seasons. Eighty-two of his Fighting Irish players were either drafted into the NFL or entered the league by other means. The list includes pro MVP and Super Bowl winner Joe Theismann.

The Importance of Rivalry Games

Annual rivalry games were a rich part of Parseghian's Notre Dame legacy. The Fighting Irish fared best against the football program from the University of Pittsburgh. While the Panthers posted a winning record in 2019, and defeated oddsmaker picks like North Carolina, the story was quite different in the 1960s and 1970s.

Pittsburgh was in a freefall and failed to achieve a winning season for nine straight years. Parseghian took advantage of the losing streak, and Notre Dame amazingly beat Pitt in each of the coach’s eleven seasons.

The Fighting Irish also held the upper hand during this time over Michigan State, another fierce rival. Parseghian went 8-2-1 against the Spartans in a series that saw the winner awarded the Megaphone Trophy. The only team that, seemingly, had Parseghian’s number was the University of Southern California. The Trojans managed a 6-3-2 mark against Notre Dame during the Era of Ara.

Parseghian remained involved in college football for many years following his retirement from coaching, albeit from the broadcasters’ booth. He covered games for ABC Sports as a color commentator from 1975 to 1981, before moving to CBS Sports until 1988. 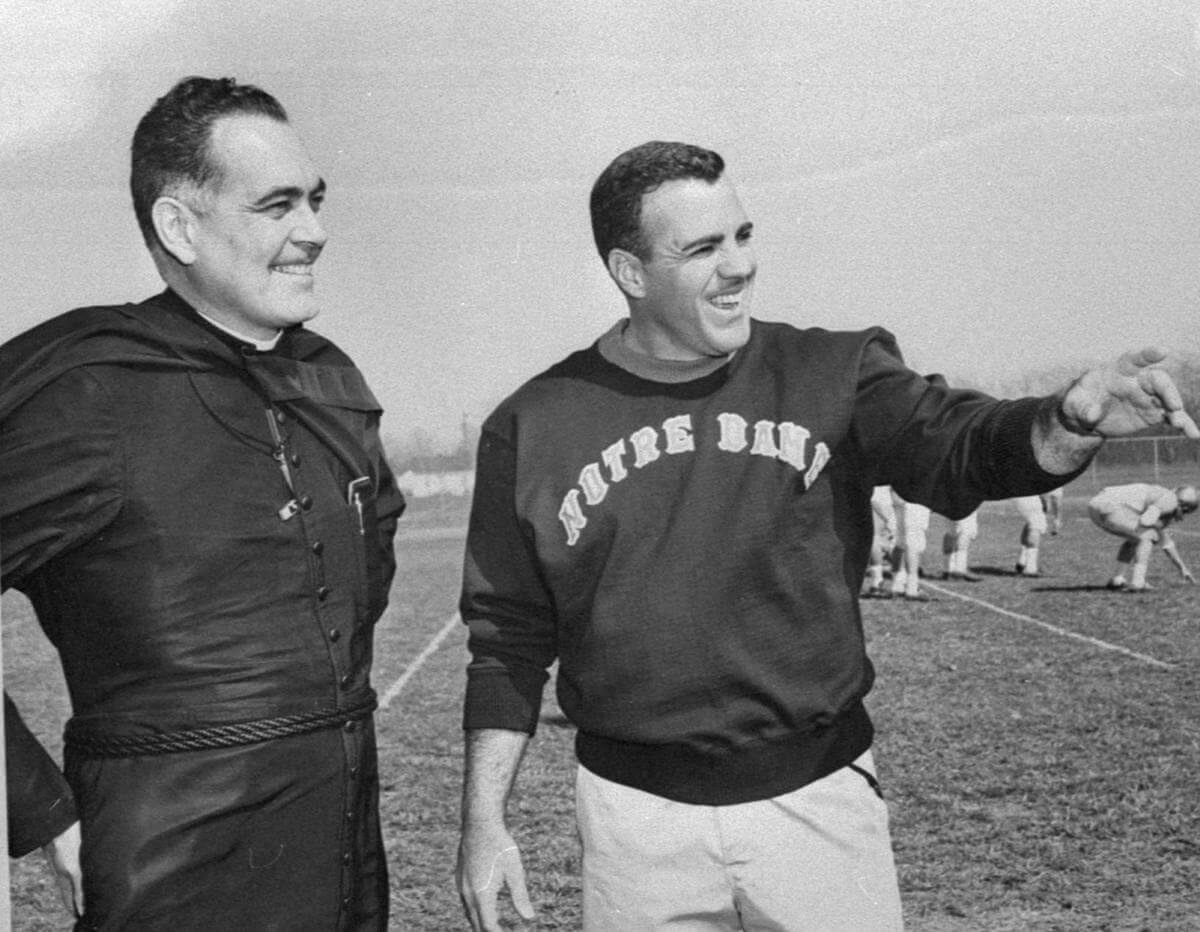 Parseghian was inducted into the College Football Hall of Fame in 1980, with a career record of 170-58-6 over 24 seasons as a head coach. Along the way, he became perhaps the most influential person of Armenian heritage to impact American sports.