Queen... Now we use this word, this concept, more often in relation to Armenian women who have reached the highest peaks in their professional activities, than those who, having inherited the crown from their predecessors, rule their Kingdom, and as for the current period, - their state or country.

As for today, we are not going to talk about Queens in different sports or about the strongest pieces on the Chess Board, but about real Queens, Armenian Queens - the wives of kings, the strongest figures in their kingdoms.

And in the article below, we will refer mainly to the book of the writer Hayk Khachatryan (“Armenian Queens”, Yerevan, “Amaras”, 1998). With gratitude.

This book lists 150 Armenian queen names. But it should be clarified that being the wives of Armenian kings, not all of them were Armenians by nationality. Let us clarify that the author of the book covers the period almost from the time of the first Armenian king, who ruled several millennia before our era, and... until the last, who ruled in Cilicia in 1375. 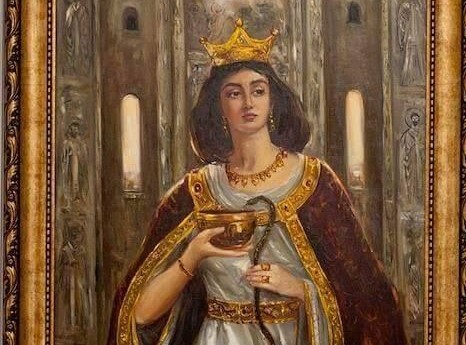 Let us recall who the wives of our ancestors-kings were by nationality. (It is well known that in those days many kings had several wives and heirs could be born only from one of them, let's say, the main, first wife, called the Queen, that is, to inherit the throne and be called the king.)

The nationality of Armenian queens

If you think that the term “The nationality of Armenian queens” is nonsense, then I am going to surprise you. So, out of 150 recognized Armenian Queens, only 103 were Armenian by nationality, 10 were French, 9 were Greek, 8 were Parthians, 6 were Roman, 6 were Persian, 4 were Georgian, 2 were Alanki (Ossetians), 1 was Assyrian, and 1 was Mongolian.

This is the ethnic composition of our Armenian Queens before the 14th century. We will focus on the biographies of some of them, which, in our opinion, may evoke your interest as a passionate reader, who understands that much of these stories are born on the basis of not only concrete facts, but also on the legends, tales, and sometimes according to the imagination of a romantic author. 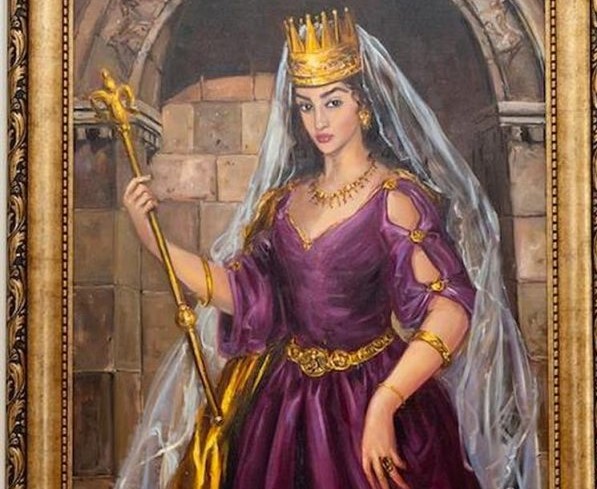 Epige was the name of the wife of King Arame, who ruled in 860-840 BC. It is not exactly known how many wives this king had, but the history of the formation of this unusual name for Armenians has come down to us. The story is as follows.

The king of Arame got married to the daughter of one of the richest princes in Van. Her name was Lasma. And then one day the king calls her to him and says: “Listen, Queen! Since childhood, I hate and fight with the king of Assyria, whose name is Salamanser. He is my enemy, and I fight him even in my sleep. When I hear his name, I shudder. And even your name that consists of letters, which are included in the word “Salamanser” (the name of the king I hate) I get annoyed that your name always reminds me of him. Let's throw it away, forget your name Lasma. My sages have chosen a new name for you — Epigen. In this word, none of the letters included in the name of the Assyrian king Salamanser.”

Now, you are already familiar with the story of how the name of another Armenian Queen - Epigene, appeared.

When Tigran the Great married second time Cleopatra - the daughter of King Mithridates of Pontus the Sixth Eupator - she was 16 years old. Nevertheless, this unfortunate woman played a bitter and fateful role not only in the life of king Tigran the Great himself but also in Armenia's relations with its neighboring countries. And it was then in 94 BC. And that was the answer to the story. “Cleopatra” in Greek means “glory of her father”. And the person who bore this name had to justify the meaning of this word. 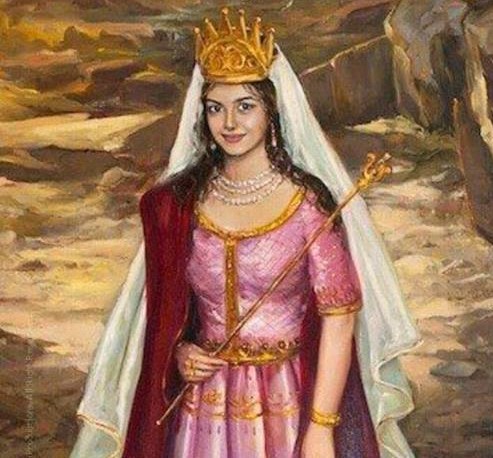 Queen Cleopatra gave birth to three sons by Tigran the Great, and all of them, like their mother, betrayed their father, their homeland, causing an irreparable wound to both the king and the Armenian Kingdom. In the end, Cleopatra left Armenia and fled to her father in Pontus.

Margarita was the wife of the last Armenian king of Cilicia, Levon Lusinyan, who reigned in 1374-1375 but only for seven months. Queen Marguerite was French by origin.

In 1375, the Mamluks attack Cilicia and capture king Levon Lusinyan and his entire family. From that time on, there were no more Armenian kings or Armenian Queens in Cilicia. But Armenian women played a significant role not only in the life of their people and their country but also outside of the borders of the country.

Is it possible not to call the Armenian Anna, who was taken as a wife by Prince Yaroslav Svyatoslavovich (XI century), a Queen? She bore him two sons: Boris and Gleb, of course, and with Armenian blood.

Isn't it possible to call one of five wives of Ivan the Terrible, who was Armenian, a Queen? 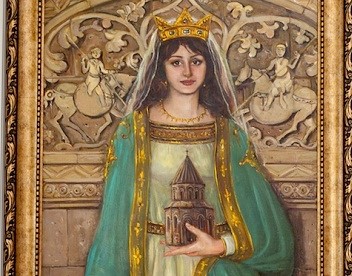 The Most Interesting Summer Festivals in Armenia